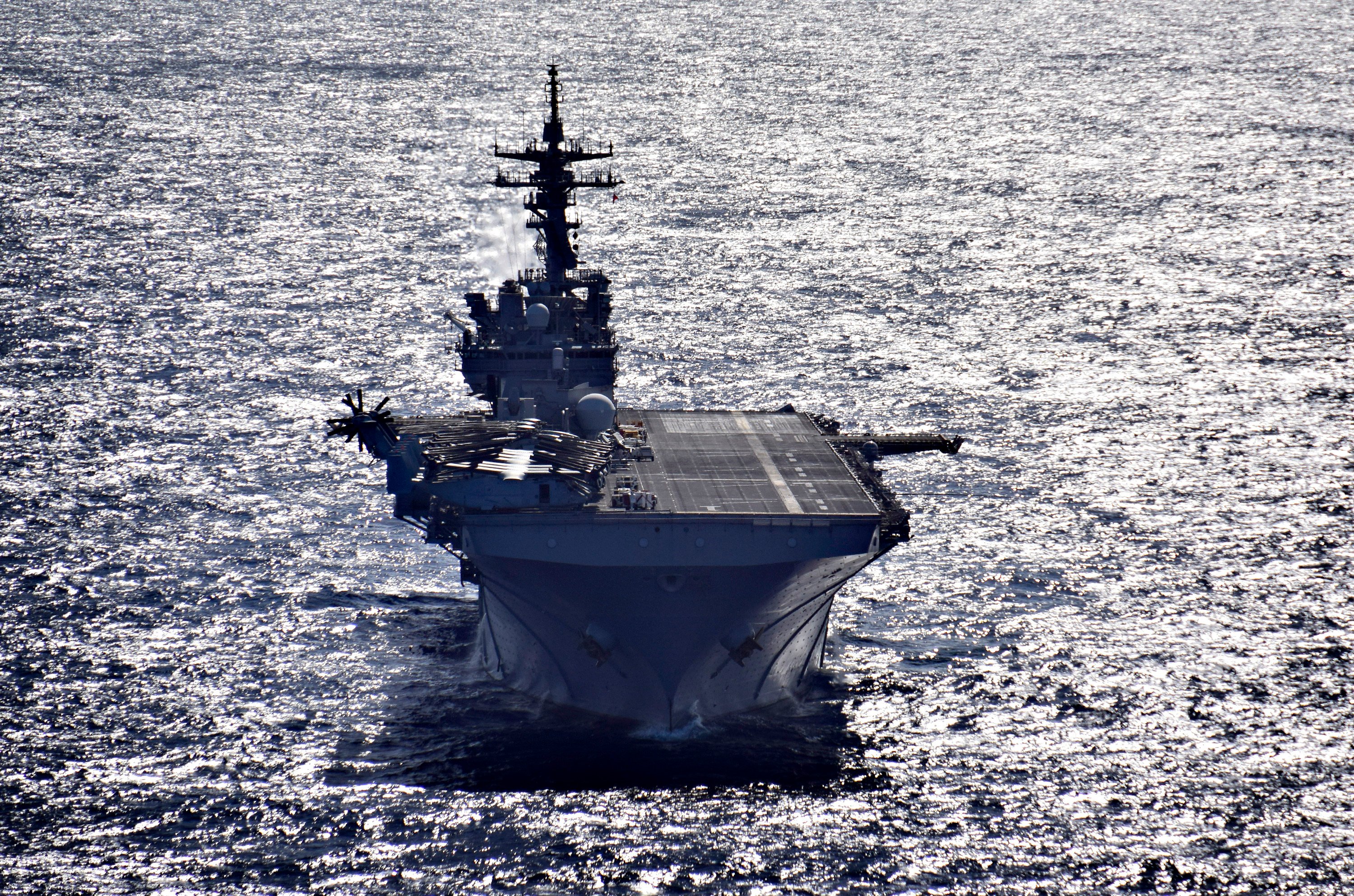 WASHINGTON, D.C. – As USS Wasp (LHD-1) rounds the horn from the Pacific to the Atlantic Ocean, the commander of U.S. Southern Command plans to use the big-deck amphibious warship for as much training as possible.

Adm. Craig Faller, the commander of SOUTHCOM, continually looks to turn standard transits of U.S. Navy or Coast Guard ships through his area of responsibility into training opportunities for U.S. and partner nation forces. Faller, who took over command of SOUTHCOM a year ago, spoke during a media roundtable Friday morning hosted by the Defense Writers Group, part of the Project for Media and National Security at George Washington University.

“We have a plan, a robust schedule of exercises with partner nations,” Faller said.

With Wasp transiting to a new homeport in Norfolk from Japan, Faller wants to squeeze as much utility as possible out of the transit through SOUTHCOM. Wasp and other big deck amphibs are frequently used to provide humanitarian assistance in the Caribbean and South and Central America.

Two years ago, when Wasp prepared to depart for Japan, the amphibious assault ship provided critical resources to the U.S. Virgin Islands in the aftermath of Hurricane Irma. Helicopters from Wasp provided medical evacuations for residents on the islands of St. Thomas and St. Croix.

“We will utilize that for as long as we can, and the best way we can, with our partners, to enhance the readiness of the sailors and Marines and partners,” Faller said. “So, I’ll hang on as long as I can. But they have a place they got to be and a path they got to take.”

SOUTHCOM has a relatively small layout when it comes to assets, which is why it’s crucial to take advantage of when ships visit the region. Along with humanitarian missions, such as disaster relief, SOUTHCOM also coordinates U.S. and partner nation efforts to stop the flow of drugs and human trafficking to the U.S.

Faller frequently talks about using Littoral Combat Ships on counter-narcotics missions in the region. Faller’s vision is for LCSs to deploy in packs to counter the stream of illicit narcotics that are increasingly flowing through Venezuela, he said.