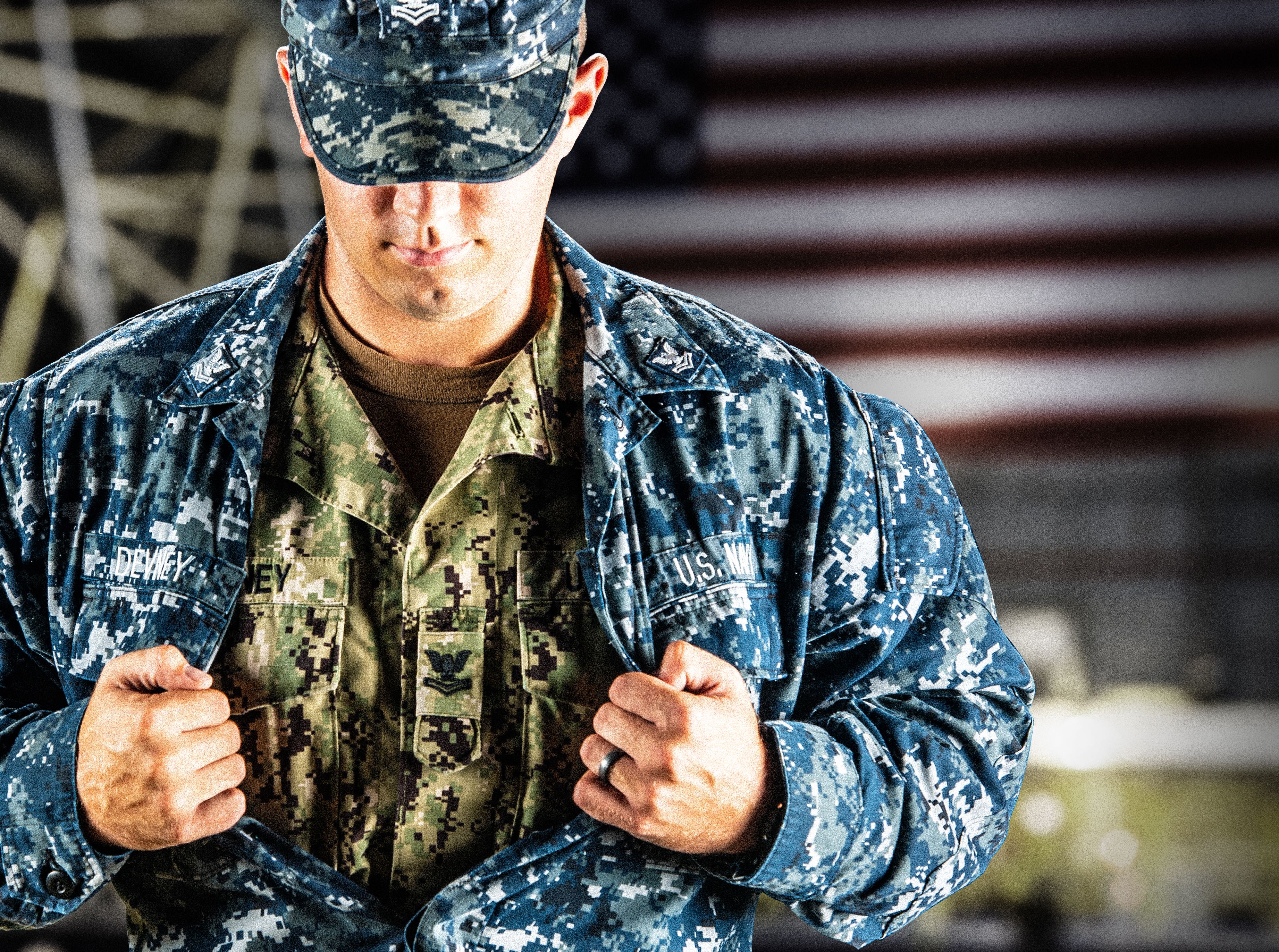 Starting Monday, Navy personnel will walk the Pentagon’s corridors dressed in green as the service falls in line with the other military branches who years ago authorized wearing utility uniforms throughout much of official Washington.

On Oct. 1, the green camouflage Navy Working Uniform (NWU) Type III officially supplanted the Type I, popularly known as the “Blueberries.” In doing so, the Navy worldwide joined the other service branches in donning a camouflage pattern composed of mostly a green décor.

However, by authorizing Navy personnel in the Pentagon, on the Navy Yard and at several other facilities in and around Naval District Washington (NDW) to hang up their khakis and wear the Type III Saturday through Thursday each week, the Navy is bucking a long-standing policy of using a more formal working attire in the nation’s capital.

Now the green NWU Type III “may be authorized as an alternate uniform of the day by COs or OICs within NDW,” according to an instruction signed last week by Rear Adm. Carl Lahti, the commandant of Naval District Washington.

Khakis are still the uniform of the day on Fridays. The Type III uniform is not authorized for Navy personnel working at the White House, Department of State, appearing before Congress and attending events on the National Mall and other monuments.

The Marine Corps, Army and Air Force authorized their active-duty personnel to wear camouflage uniforms in and around Washington D.C. following the terrorist attacks of Sept. 11, 2001. In contrast, the Navy rebuffed the trend, for the most part prohibiting its members from wearing its camouflage “Blueberries” as the go-to weekday uniform.

The Navy’s move to go green coincides with similar moves by the Army and Air Force. For nearly two decades the military has spent millions of dollars searching for a new working uniform that approximated the Marine Corps Combat Utility Uniform approved for use in 2001.

The orderly study using clear policies and obtaining credible, reliable and timely data conducted by the Marine Corps to develop the first digital camouflage pattern used by the U.S. military, was not replicated by other military branches, according to a September 2012 Government Accountability Office report.

“By contrast, two other services, the Army and Air Force, did not follow the two key elements; both services developed uniforms that did not meet mission requirements and had to replace them,” the GAO reports states.

The Navy developed its Blueberries, Type II and Type III uniforms. All told, the GAO report states the military spent more than $12.5 million to develop six versions of camouflage uniforms.

The GAO report suggested each branch of the military could save tens of millions of dollars by working together to develop new uniforms. The GAO suggested, “the secretaries of the military departments to actively pursue partnerships for the joint development and use of uniforms to minimize fragmentation in the development of uniforms, and to seek to reduce inventory and overall procurement costs.”