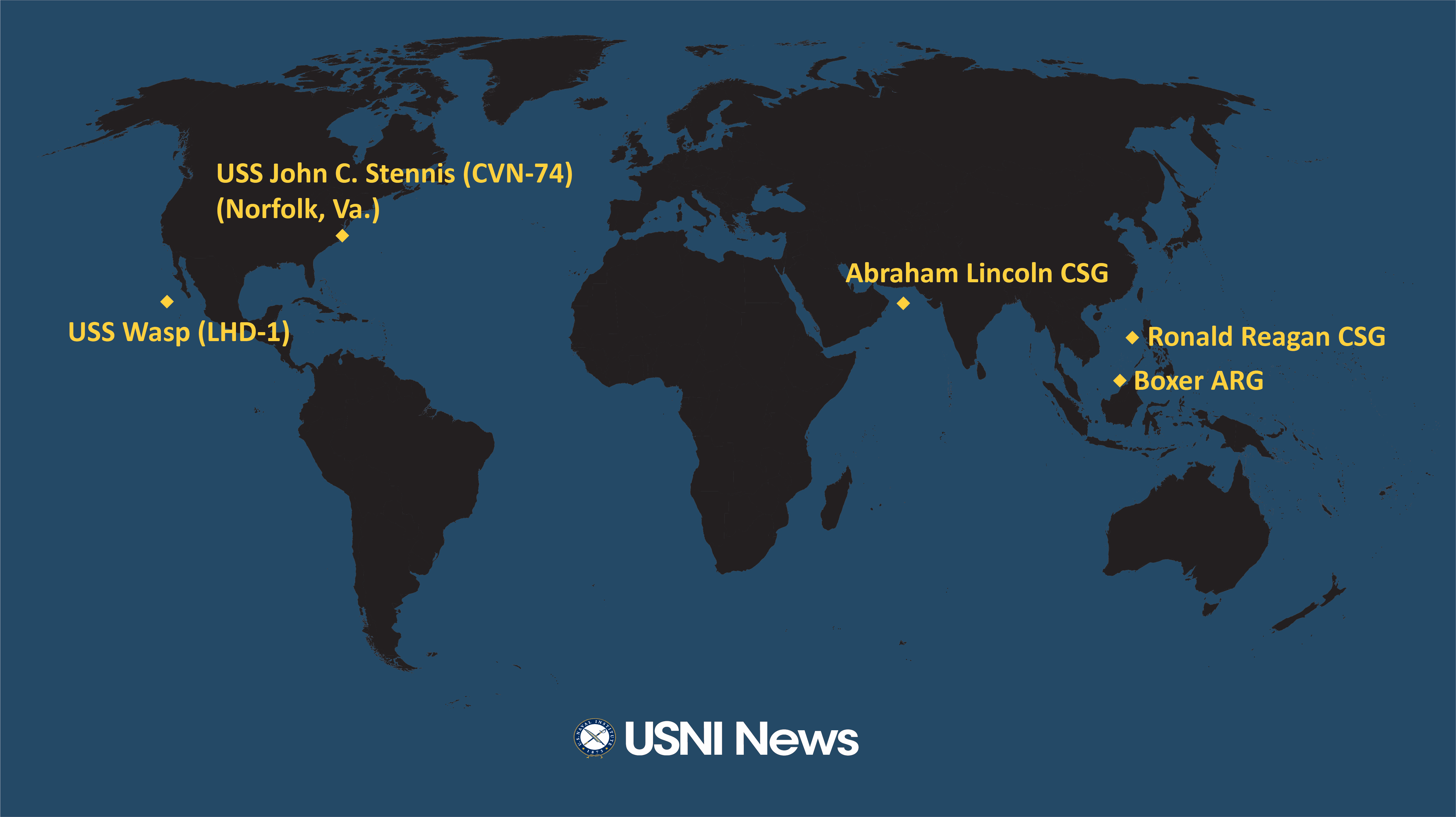 These are the approximate positions of the U.S. Navy’s deployed carrier strike groups and amphibious ready groups throughout the world as of Sept. 30, 2019, based on Navy and public data. In cases where a CSG or ARG is conducting disaggregated operations, the chart reflects the location of the capital ship. 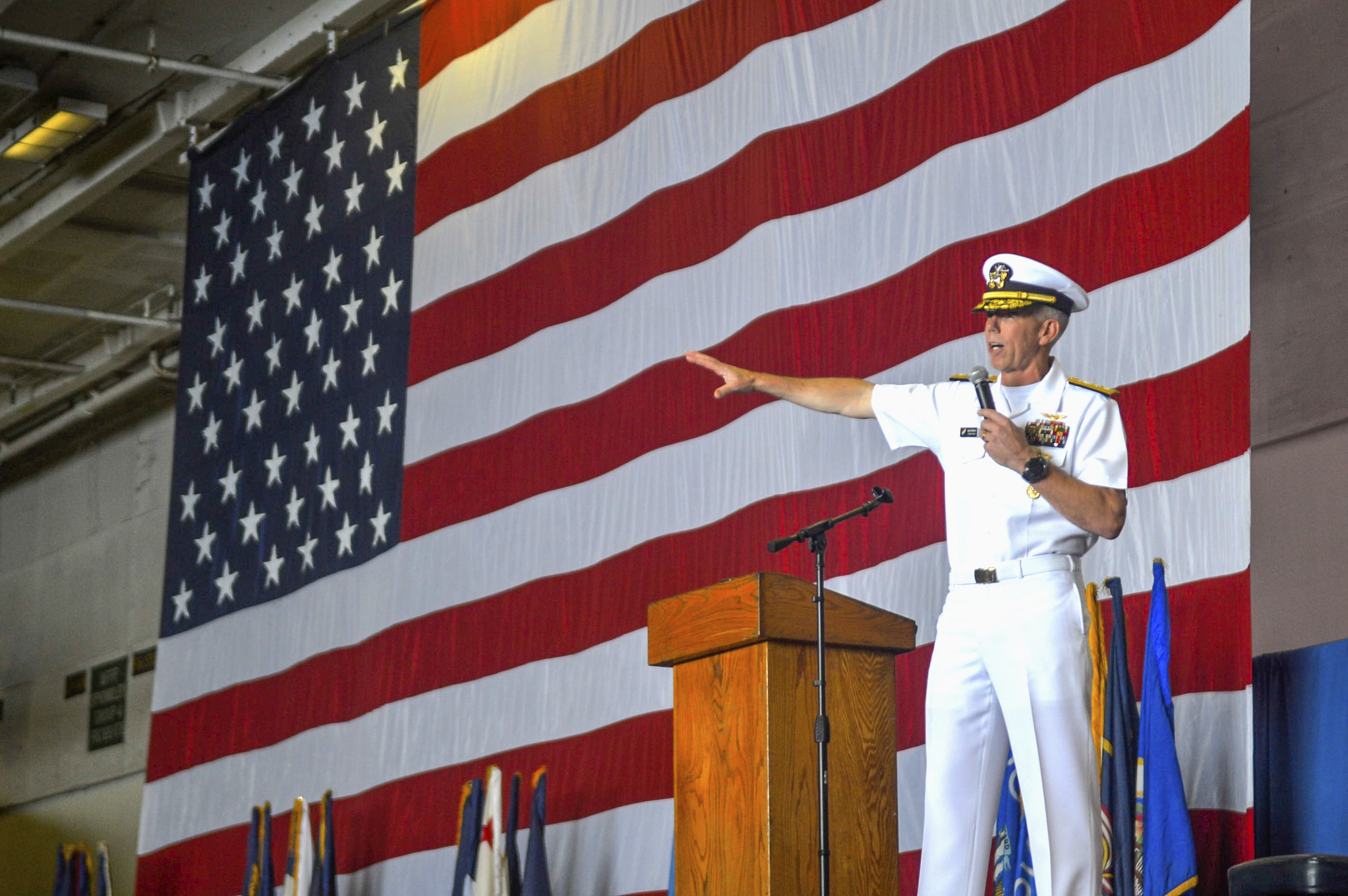 The Ronald Reagan Carrier Strike Group is underway in the South China Sea.

The Boxer Amphibious Ready Group, with the 11th Marine Expeditionary Unit embarked, is also operating in the South China Sea. 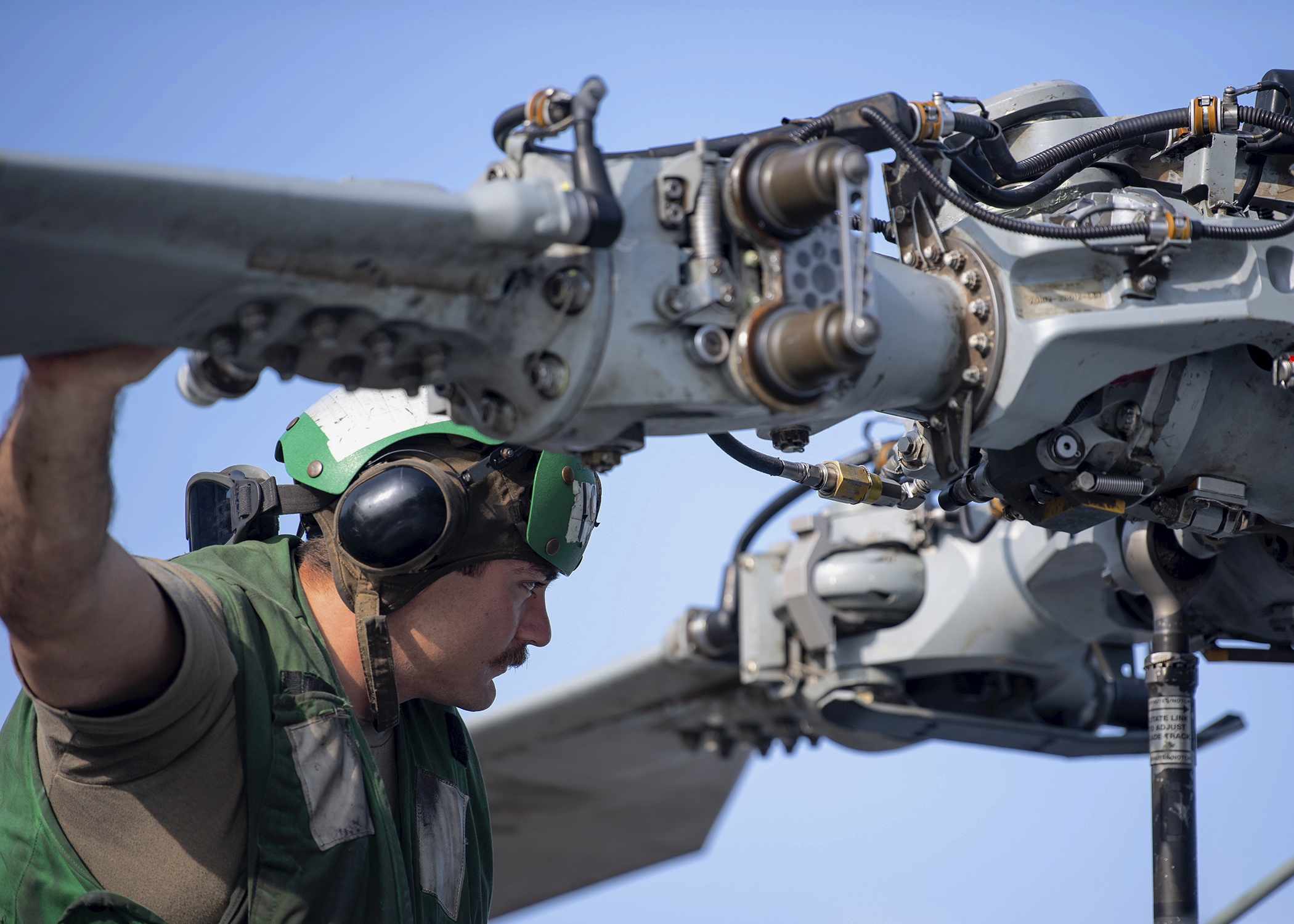 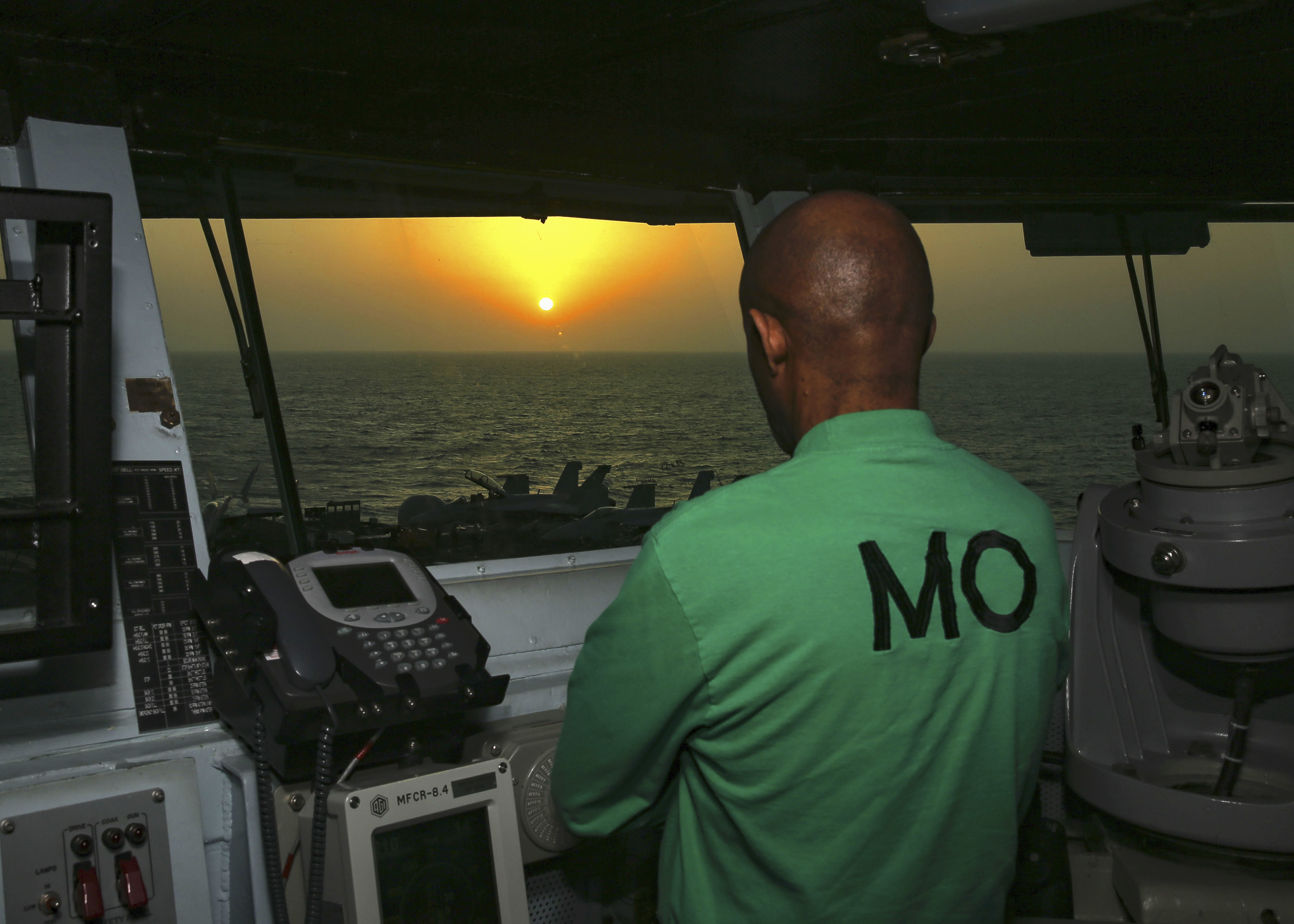 The Abraham Lincoln Carrier Strike Group is in the North Arabian Sea. 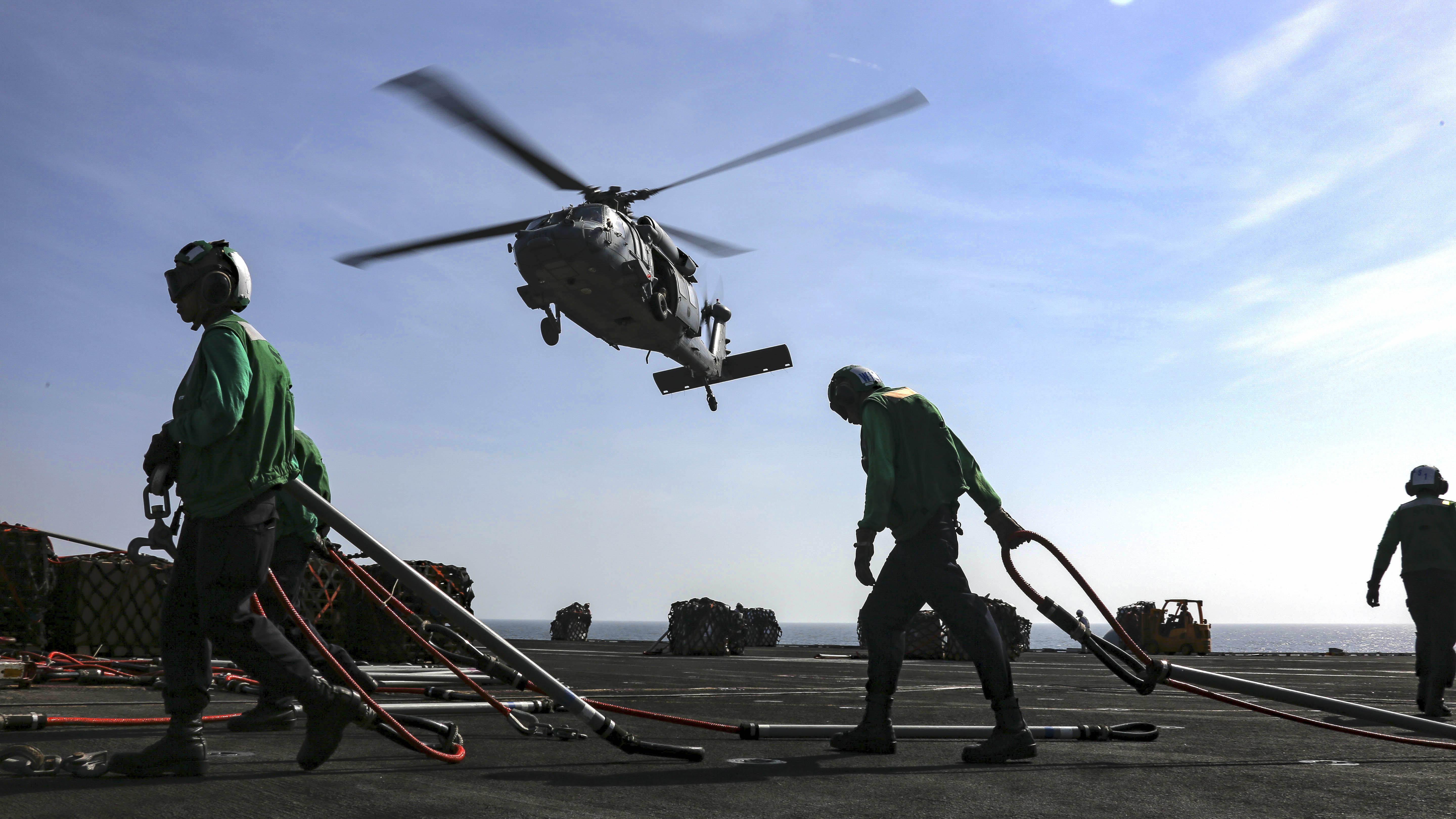 An MH-60S Knight Hawk helicopter attached to the Nightdippers of Helicopter Sea Combat Squadron (HSC) 5 transports cargo to the flight deck of the aircraft carrier USS Abraham Lincoln (CVN-72) during a replenishment-at-sea with the fast combat support ship USNS Arctic (T-AOE-8) on Sept. 20, 2019. US Navy Photo 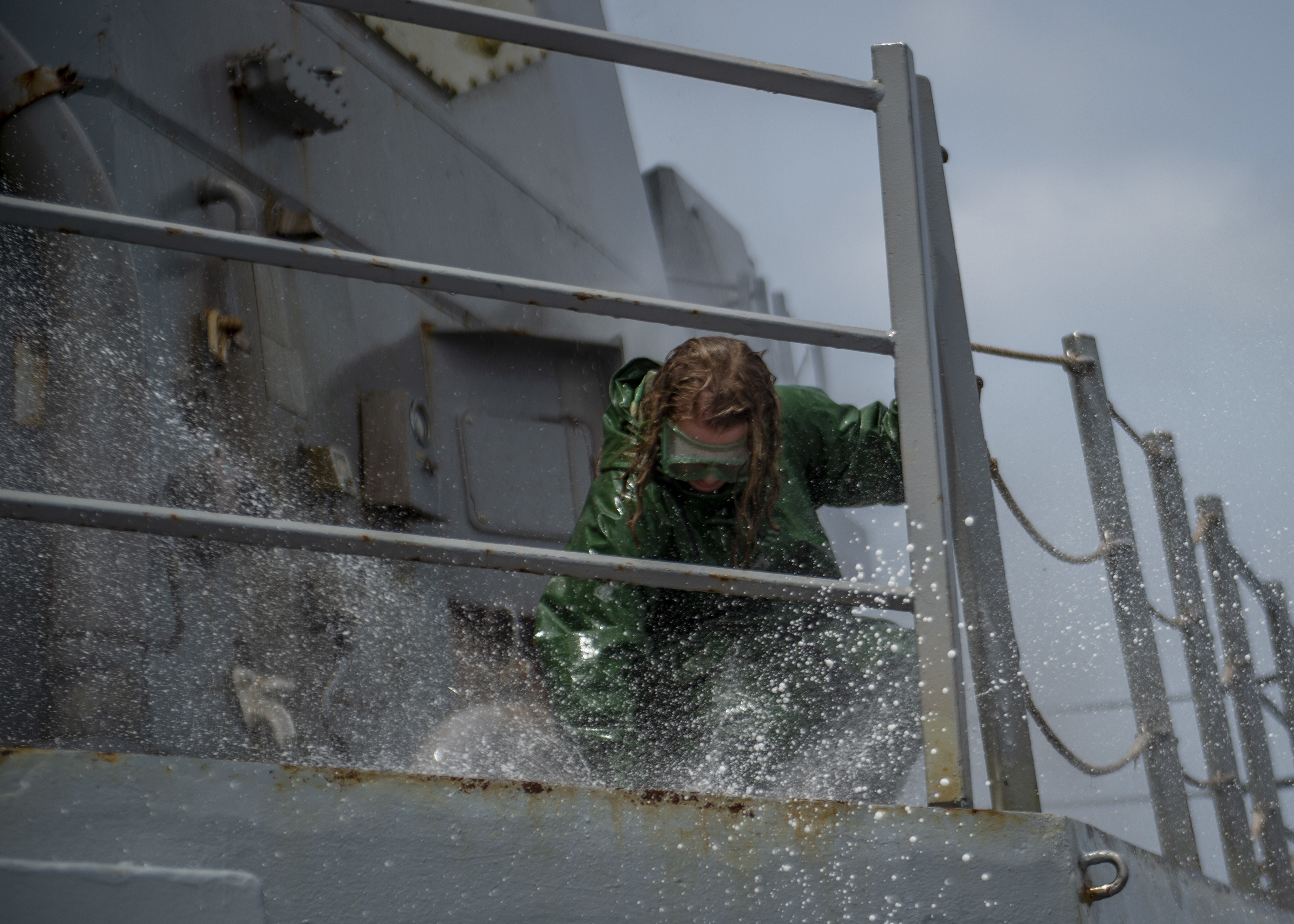 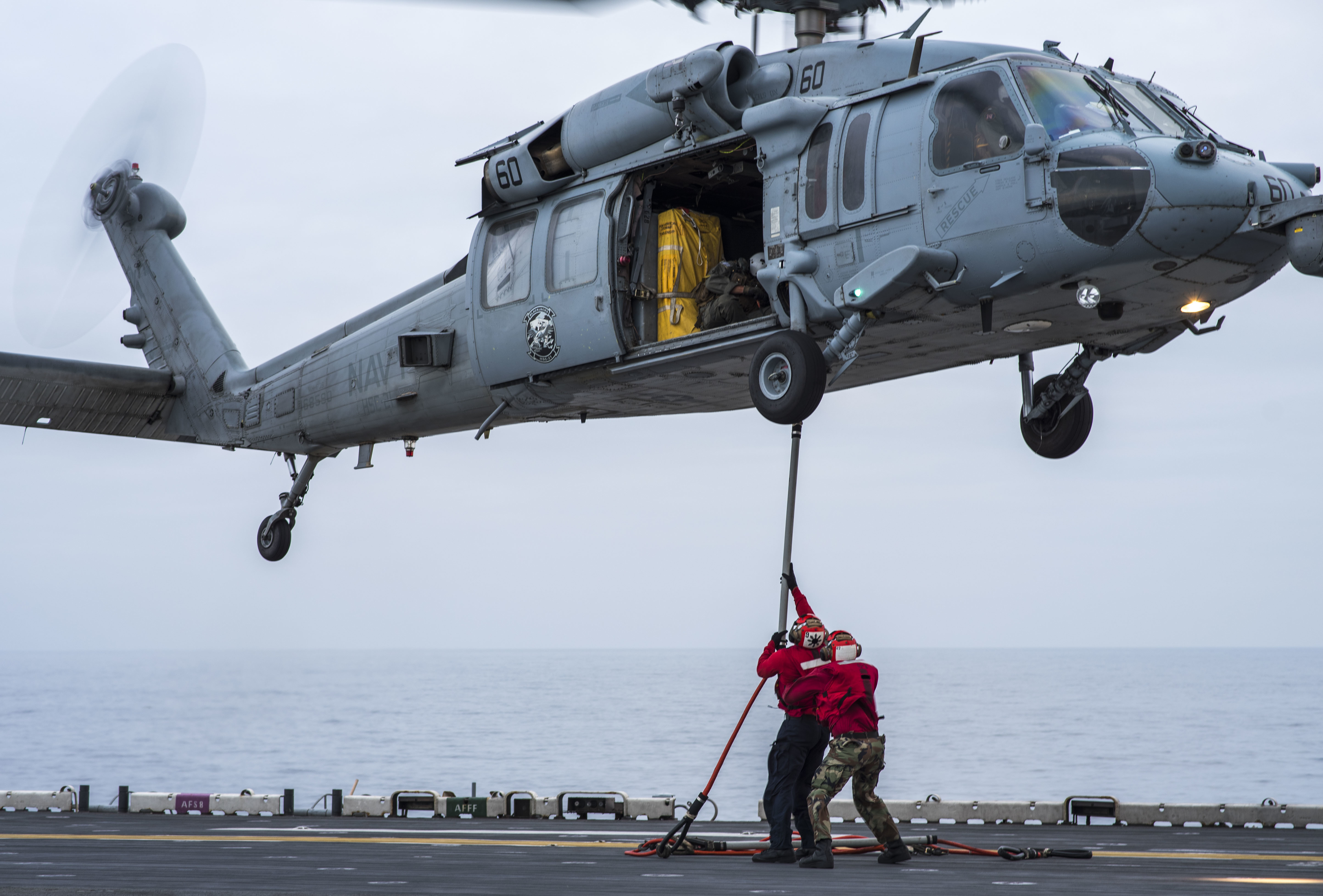 USS Wasp (LHD-1) is underway in Eastern Pacific. Wasp departed 7th Fleet on Sept. 4 as part of a homeport shift to Norfolk, Va.