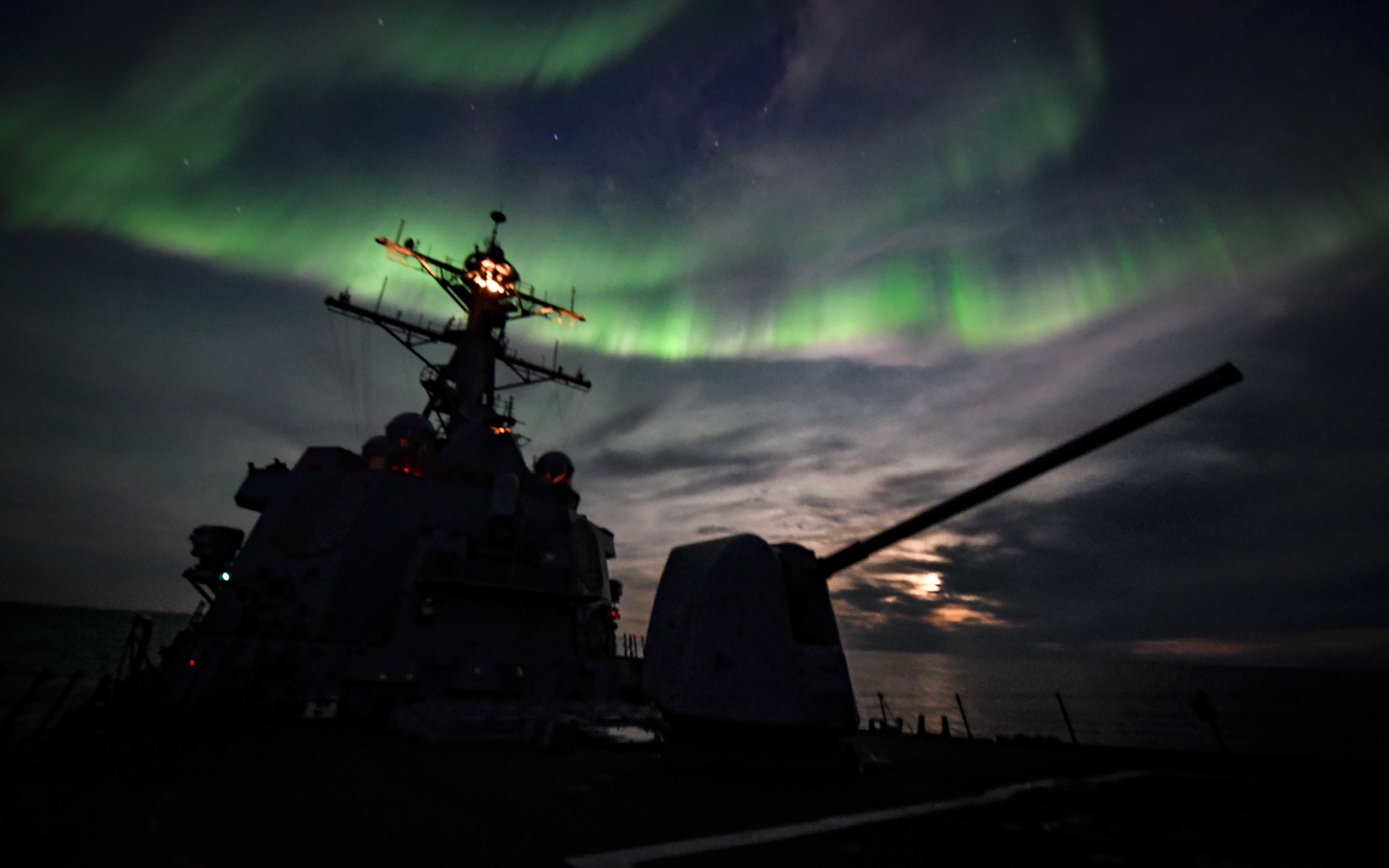 WASHINGTON, D.C. – In the high latitudes, where presence increasingly equals power, the U.S. Coast Guard shoulders much of today’s mission load. But experts think the Arleigh Burke destroyers of the future could share the operational burden.

“We’re completely dependent on the U.S. Coast Guard providing us with something to break the ice,” Webster said.

Currently, when the Navy sends surface ships to the Arctic, these operations rely heavily on support from the Coast Guard because the Navy hasn’t had ice-capable surface ships since the Cold War, Scott Dix, a capabilities analyst for U.S. Northern Command, said during the conference.

The result, Dix said, is that “the surface presence is not as prevalent in the Arctic.”

As Navy leaders consider platforms to increase their Arctic operations, the solution is possibly closer to being realized than many might think, said Glen Sturtevant, director of science and technology at NAVSEA.

“Russia is far outpacing us in developing that capability,” Webster said. “We’re going to have to catch up to that if we want to compete.”

“That’s something that was a big win for us at the command to get that requirement validated,” Webster said. “That was the beginning of the acquisition process of getting an ice-capable ship that will be able to operate in ice-diminished waters.”

Webster’s team has been testing various hull designs the Navy currently uses to see how well they perform in diminished ice seas. The results provide an idea of what Arctic operations the Navy could reasonably achieve in the near future.

For instance, moving large numbers of equipment and personnel will remain a challenge unless the Navy is traveling with Coast Guard icebreakers. Testing proved the Navy’s LHD and LHA amphibious assault ships do not perform well in diminished ice conditions, Webster said.

“We found there would be extensive modifications needed to that hull form to be able to support mobility,” Webster said.

The amphibious assault ships don’t have enough power to push through ice, and their submerged transoms get stuck, Webster explained. “It’s just not really good.”

“However, the DDG-51 hull form is quite good at moving through ice,” Webster added. “This is without addressing limitations for hull structures. There’s sufficient power for the ship to move through up to 0.8 meters of ice; however, the structure would not withstand more than 0.3 meters of ice.”

There are some inherent capabilities with the Arleigh Burke-class destroyers, but they would need some significant upgrades. Strengthening the hull is the primary concern, Webster said. Naval engineers also need to develop a cold-weather HVAC system, cold-weather water distillation system and a way to de-ice mission systems equipment.

Upgrading the Arleigh Burke design for Arctic missions will cost money, but Webster said the alternative is more expensive.

“There is a big cost difference between ice-hardening and icebreaking,” Webster said. “Icebreaking, we would not expect a surface combatant to undertake that mission. We’re completely reliant on our Coast Guard to be able to do that.”