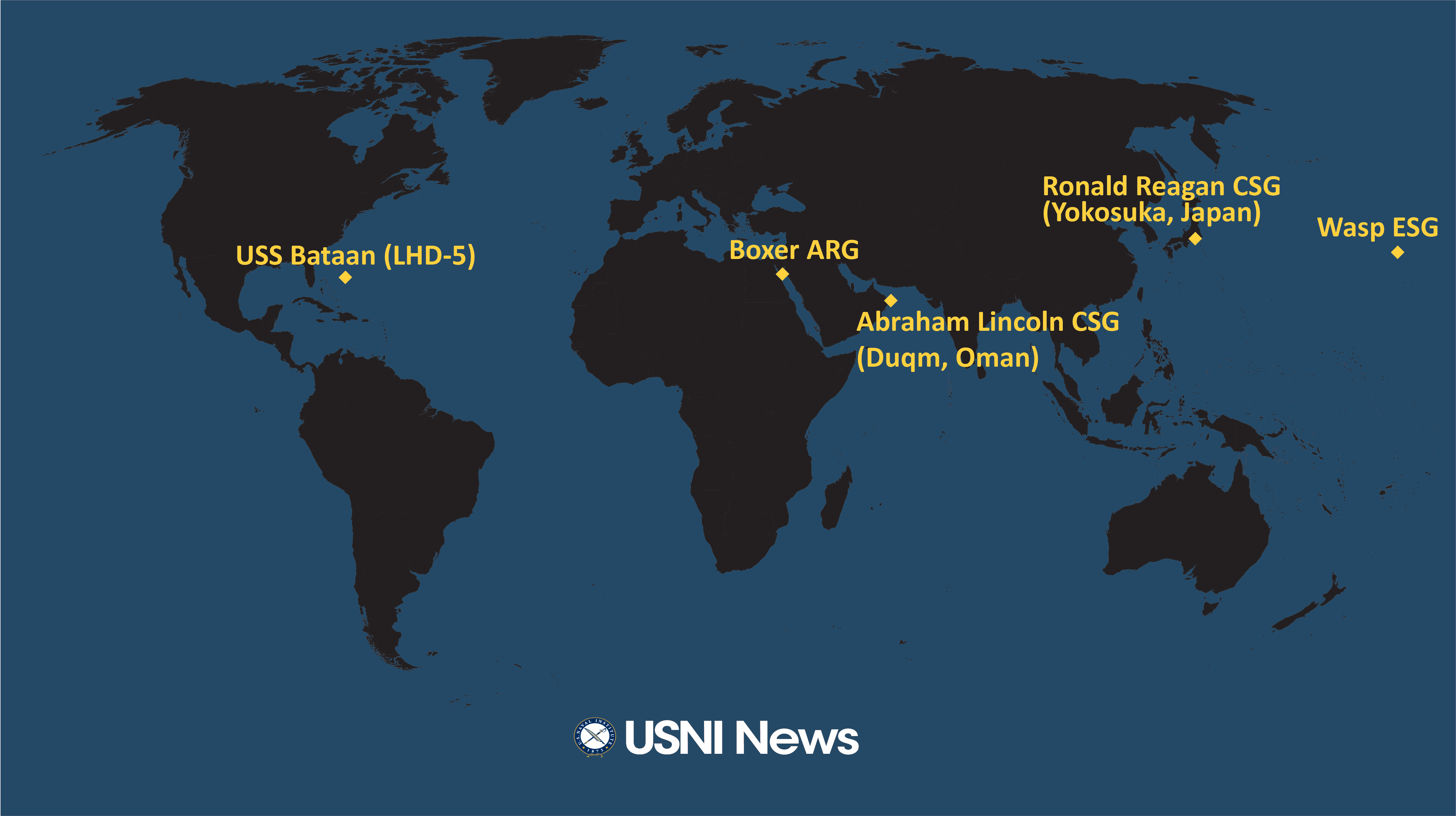 These are the approximate positions of the U.S. Navy’s deployed carrier strike groups and amphibious ready groups throughout the world as of Sept. 3, 2019, based on Navy and public data. In cases where a CSG or ARG is conducting disaggregated operations, the chart reflects the location of the capital ship. 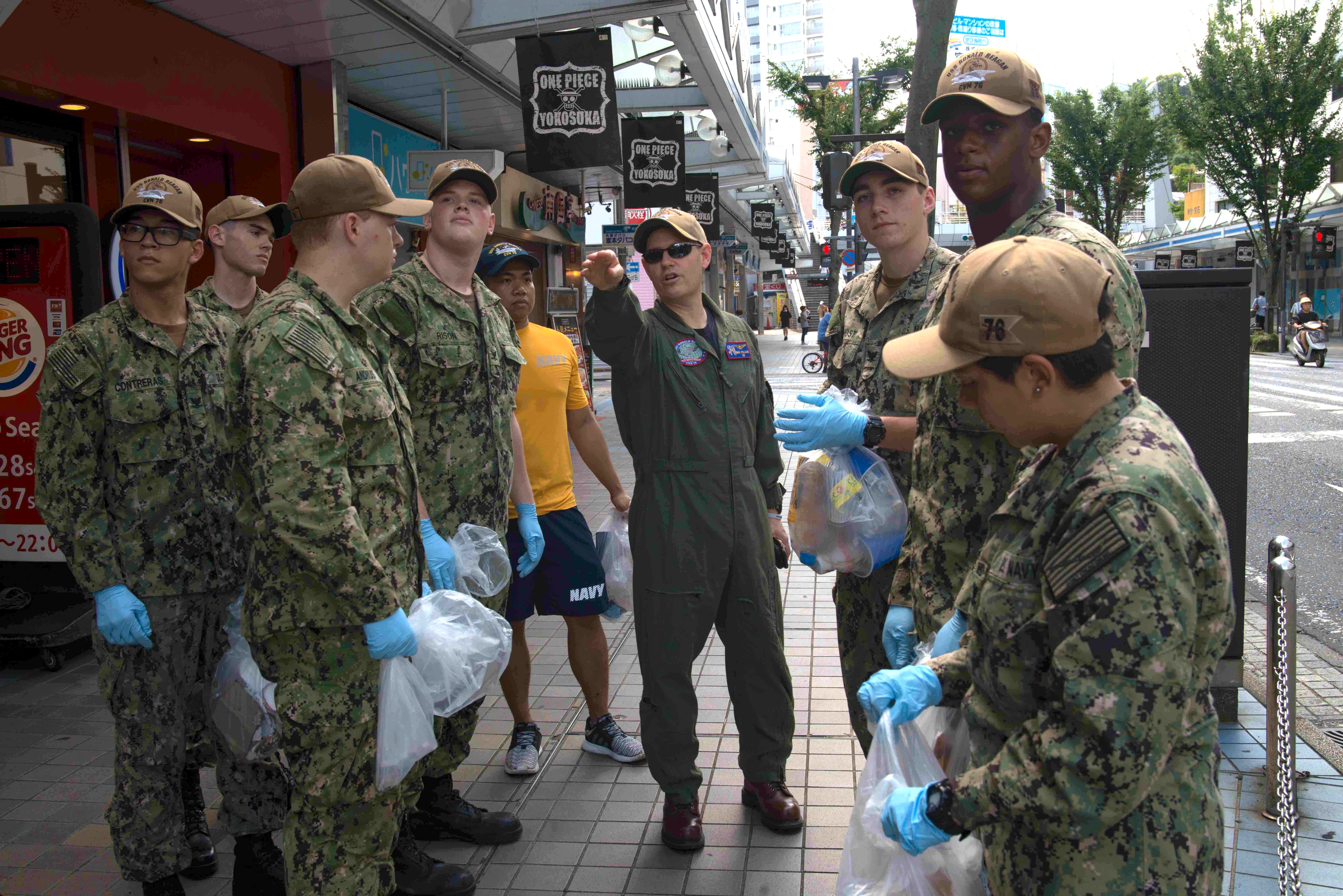 USS Wasp (LHD-1) is underway in the Middle Pacific. 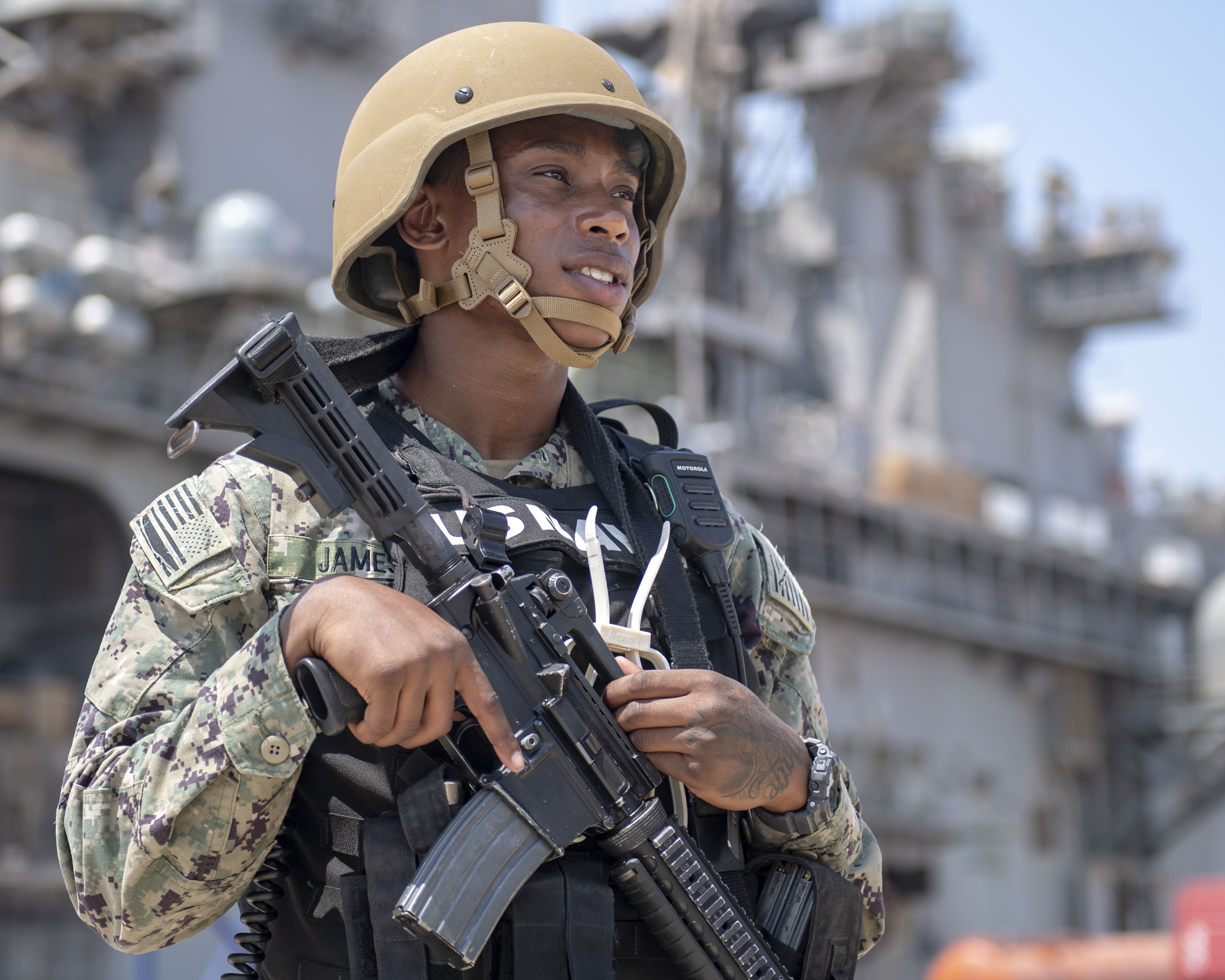 The Boxer Amphibious Ready Group (ARG) with 11th Marine Expeditionary Unit (MEU) is in the Red Sea. Boxer ARG and 11th MEU have been participating in Eager Lion 2019, a multilateral exercise hosted by Jordan that includes participants from more than 30 nations. 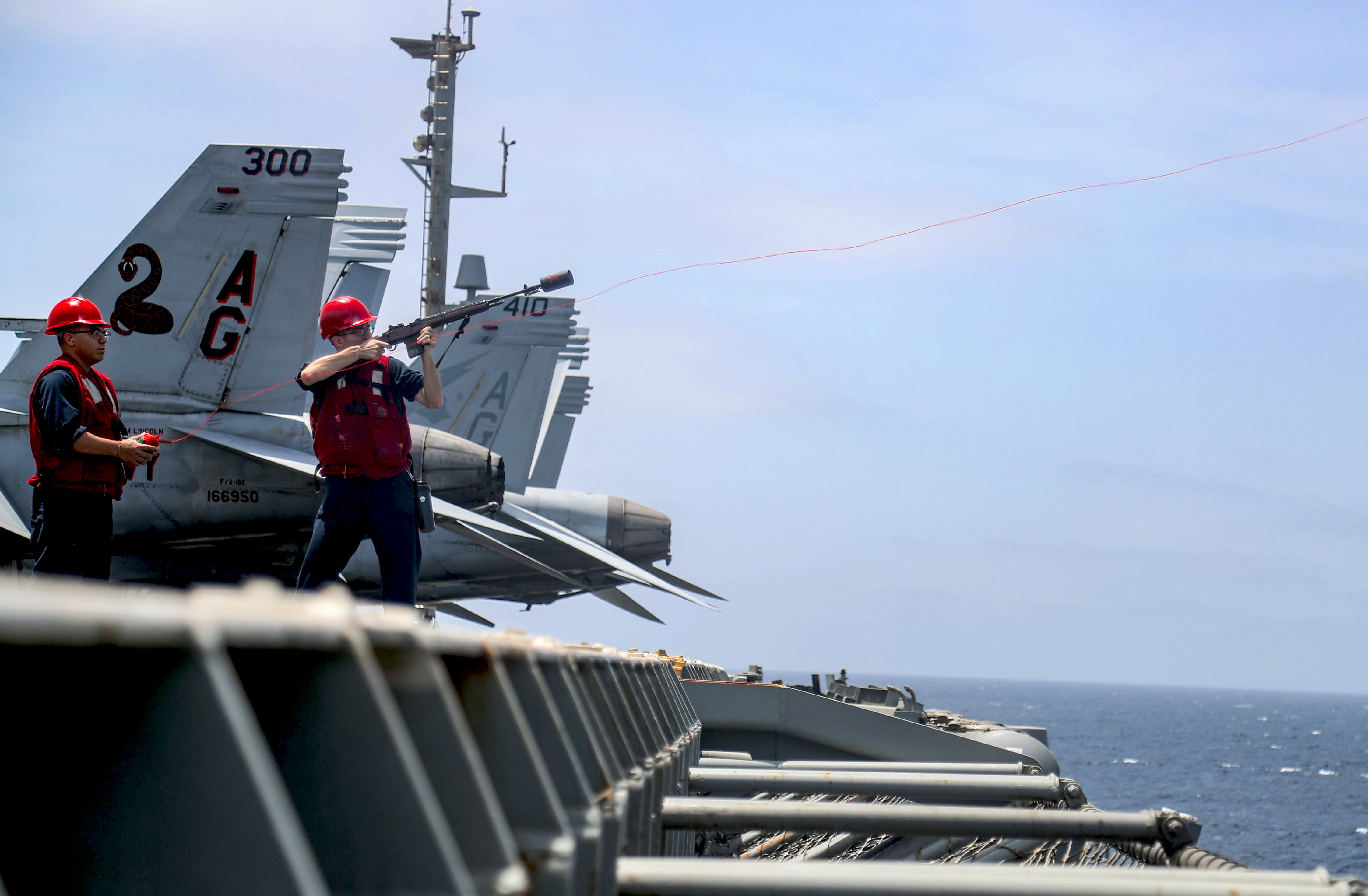 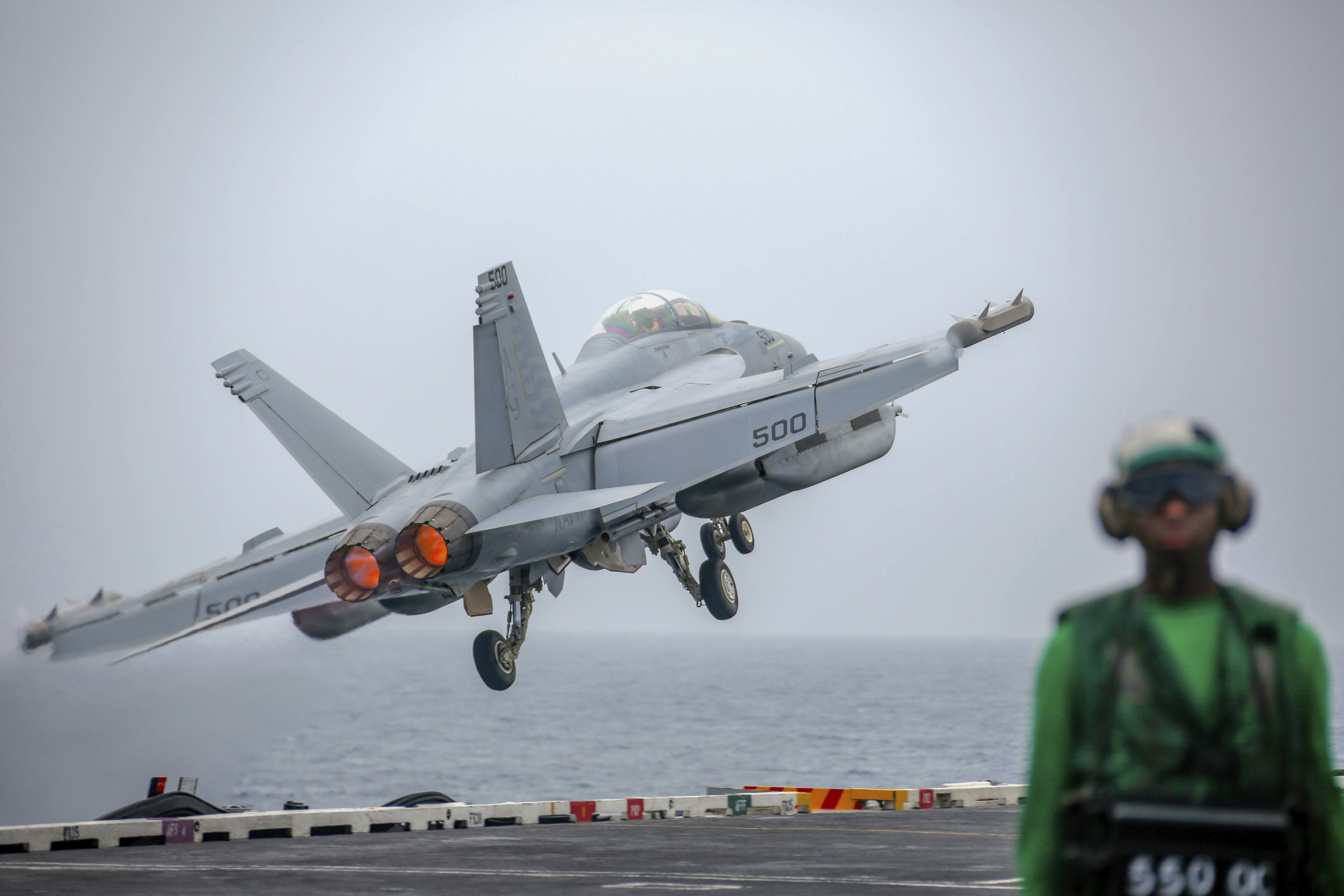 An EA-18G Growler attached to the “Patriots” of Electronic Attack Squadron (VAQ) 140 launches off the flight deck of the aircraft carrier USS Abraham Lincoln (CVN-72) on Aug. 29, 2019. US Navy Photo 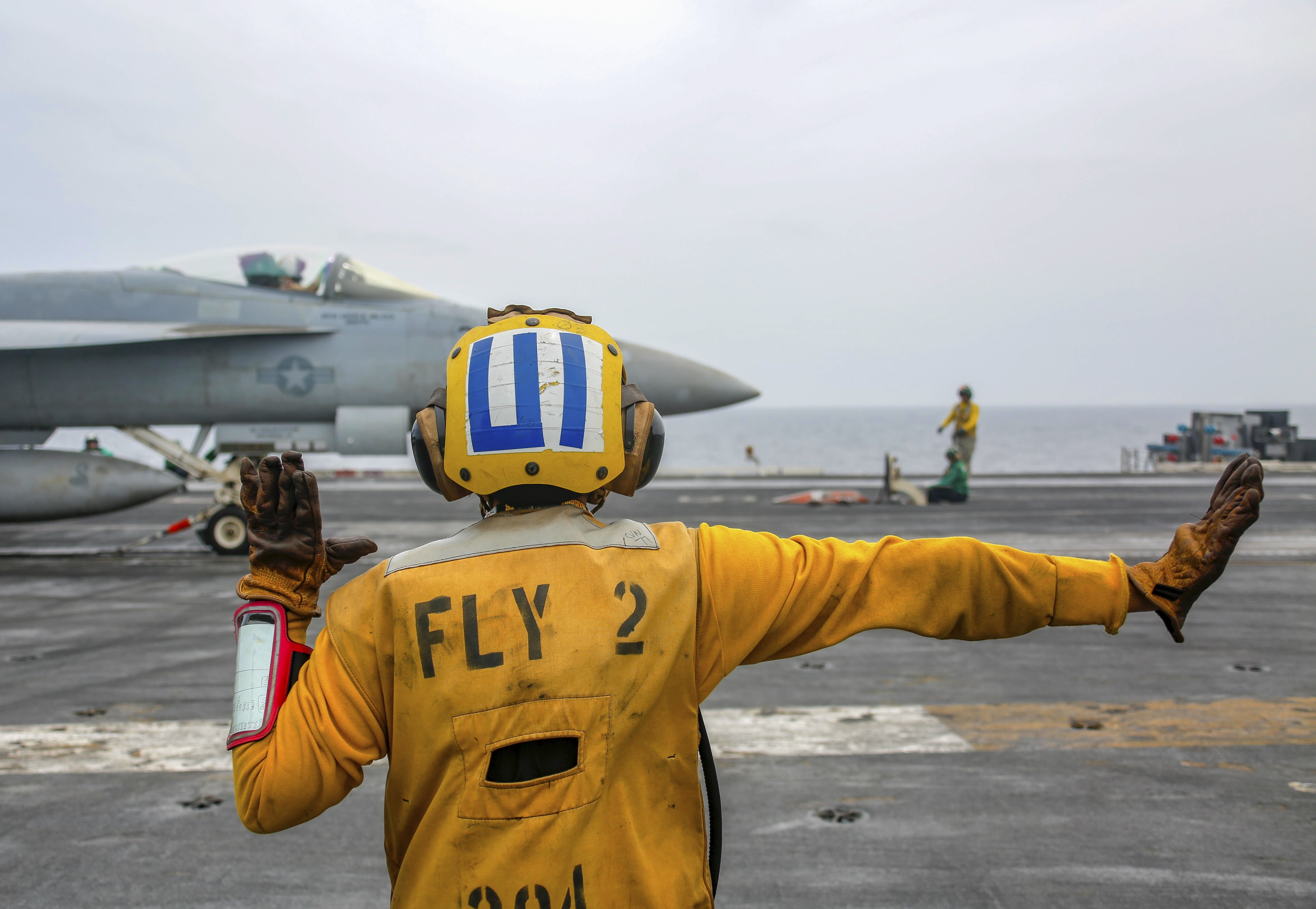 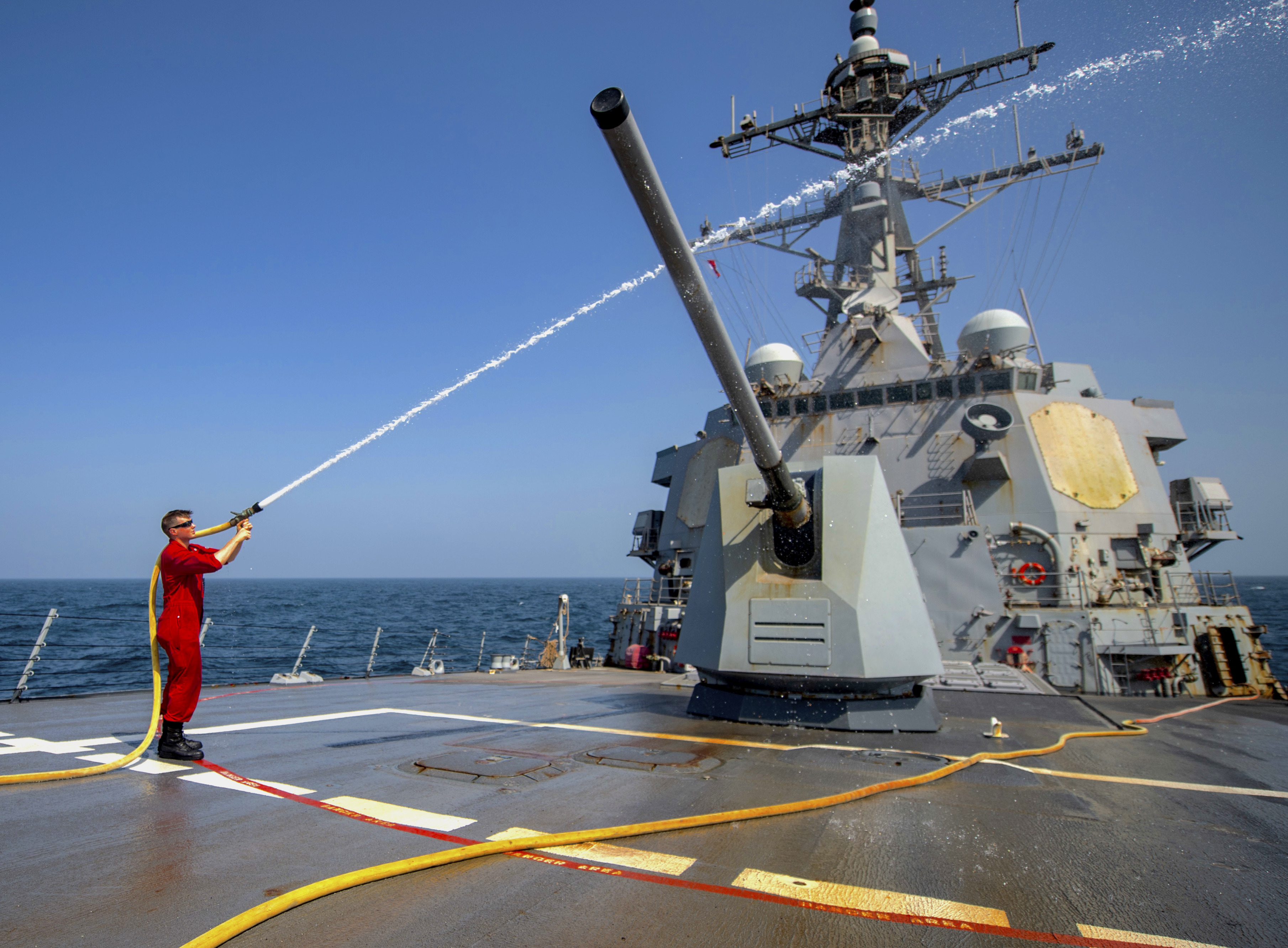 Lt. Jacob Henderson washes the 5-inch gun during a fresh-water wash down aboard the guided-missile destroyer USS Bainbridge (DDG-96) on Aug. 24, 2019. US Navy Photo 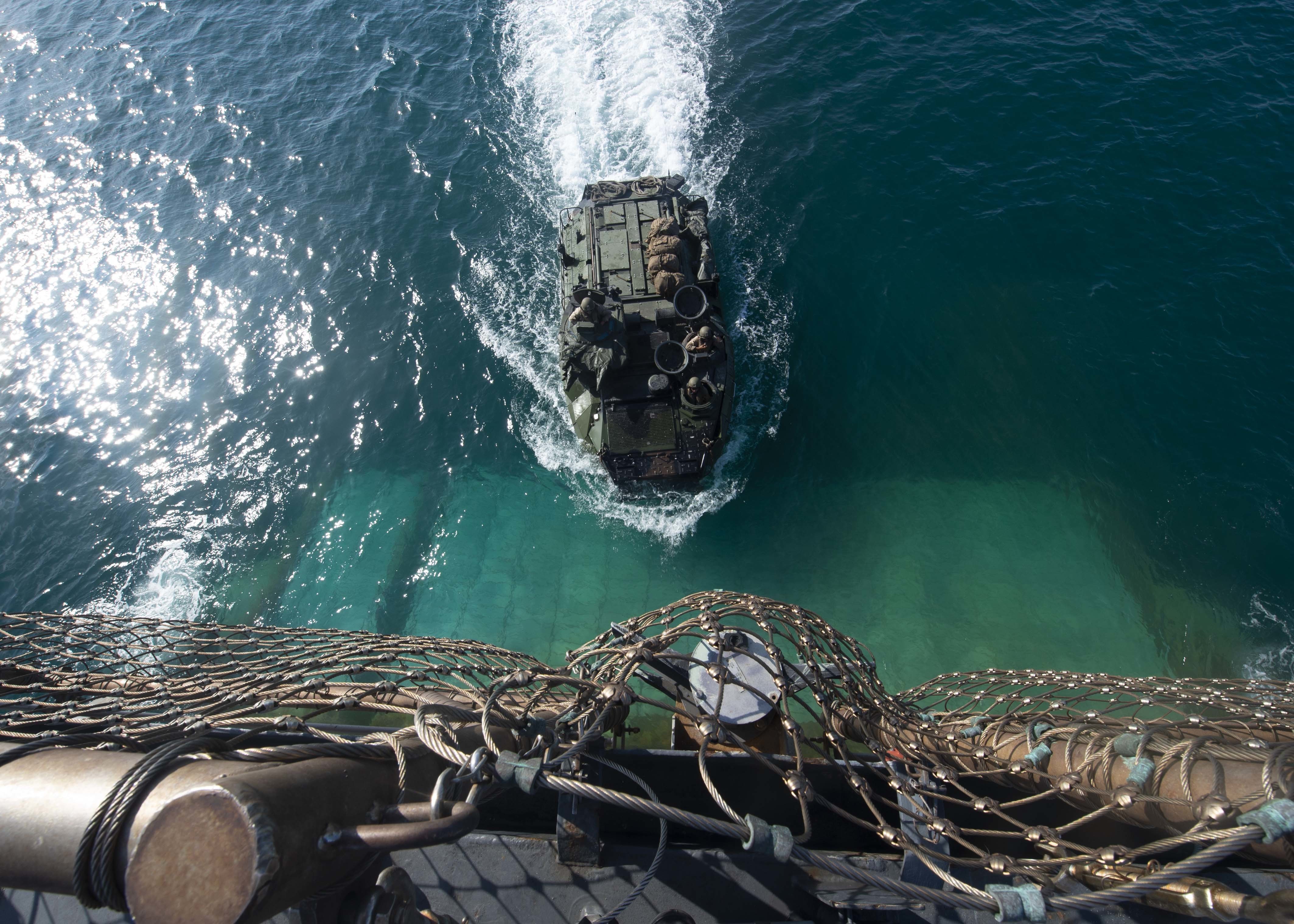 The amphibious assault ship USS Bataan (LHD-5) and 26th MEU are conducting an ARG/MEU exercise (ARGMEUEX) in the vicinity of Camp Lejeune, N.C. ARGMEUEX provides essential and realistic ship-to-shore training, designed to enhance the integration of the Navy-Marine Corps team prior to deployment.

As Hurricane Dorian approaches the East Coast, having a big-deck amphibious ship underway provides a ready asset if required for disaster relief.