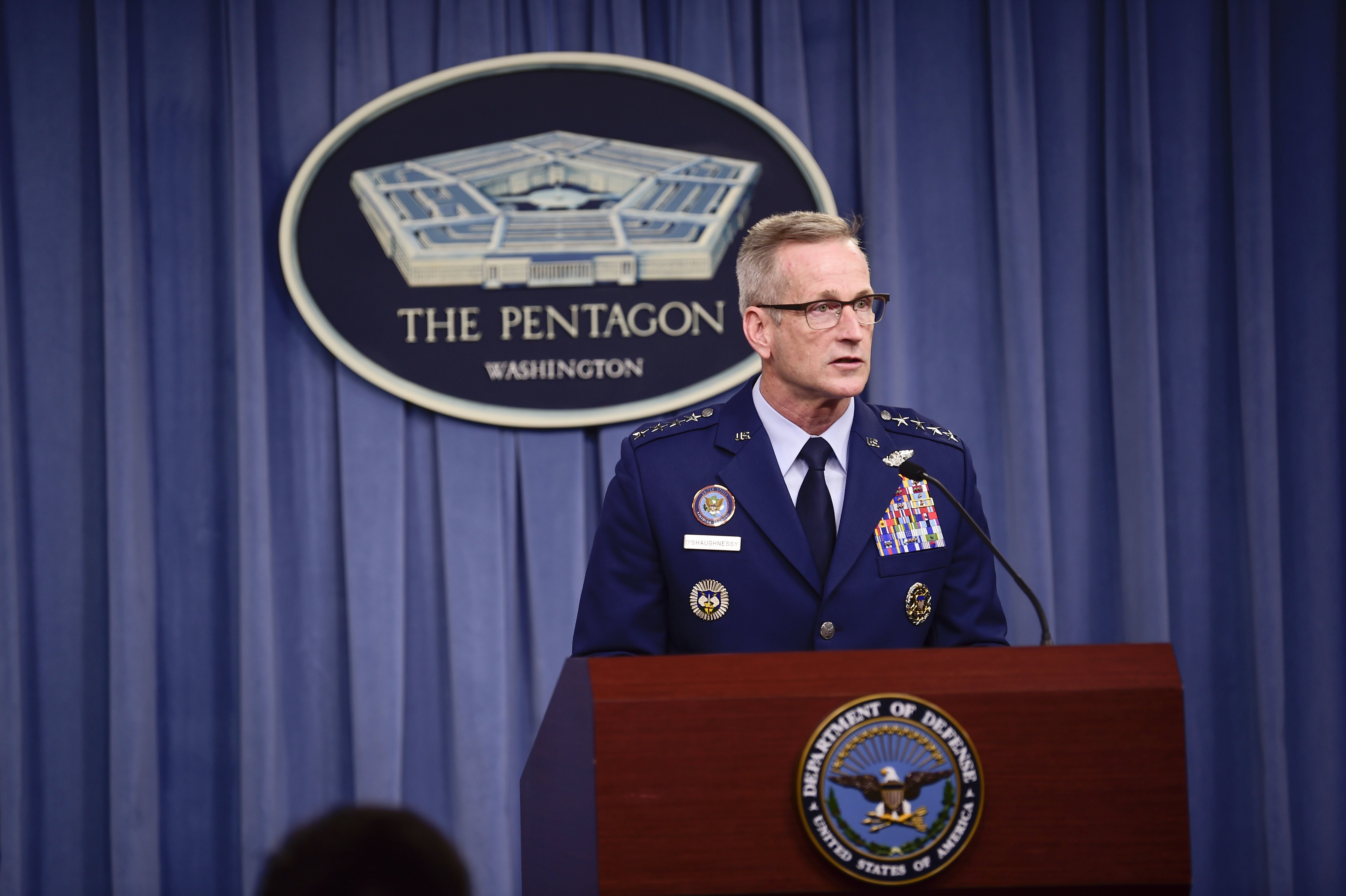 The United States and Canada must maintain a “clear-eyed” view of new security challenges in the Arctic, to include the ability of Russian submarines to launch cruise missiles from the region, the head of U.S. Northern Command said on Monday.

The region could be “an avenue of approach” for the Russians to exploit, Air Force Gen. Terrence O’Shaughnessy said at the Center for Strategic and International Studies.

O’Shaughnessy specifically mentioned improved Russian submarines carrying cruise missiles and the country’s development of hypersonic weapons as being growing concerns that he and all the regional commanders are facing.

To that end, it’s important that air, land and sea forces “have the right kit, the right experiences” to understand how to operate under the harsh conditions of the region, and he called for more exercises in the region.

When asked about the Coast Guard’s role in the region, he said, “we’re reliant on [its] capability,” particularly for heavy icebreaking missions – a capability that is questionable now. The old heavy icebreaker “Polar Star (WAGB-10) is not the answer. … It’s way beyond its service life.”

In terms of new of new hulls, “we need that capacity; we need to accelerate that,” the general said.

On countering or deterring hypersonic weapons that could be used in the Arctic or Europe by Russia or in the Pacific by China, O’Shaughnessy said the “trajectory it flies” poses the challenge that needs to be addressed. He expressed hope that a mix of high-tech and low-tech space-based sensors in different orbits using a single architecture could provide the necessary tracking of these weapons that can be maneuvered to different targets.

O’Shaughnessy also serves as commander of North American Aerospace Defense, a bi-national organization with Canada. Although relations between Ottawa and Washington over trade and economic issues have been testy, he said on security strategy the two governments are in alignment on assessing the international challenges posed by Moscow and Beijing. He added “military-to-military relations remain rock steady. NORAD is stronger than it has ever been.”

In terms of missile defense, “we need to flip the cost curve” in destroying an incoming attack of cruise or ballistic missiles, and the idea behind that defense needs to be “protect an area, not just a point.” O’Shaughnessy, without going into detail, voiced interest in the continued development of the “boost-phase” interception of ballistic missiles soon after launch, as well as “left of launch” cyber capabilities to prevent missile launches in the first place.

O’Shaughnessy remained confident that existing and planned ballistic missile defenses would meet a threat from North Korea, but he said they were never designed to meet the challenges posed by Russia or China with large stockpiles of missiles capable of flying various ranges.

In fact, in dealing with Moscow and Beijing, the question of deterrence has changed. “What is conventional deterrence below the level of nuclear war,” he asked rhetorically, when the adversary has hypersonic, cruise missiles and cyber capability. Are there new definitions of “cost imposition” on them to deter attack? Earlier, he said the response from the United States did not have to be kinetic but rather that it could be cyber to deter an aggressor. He added, it is critical that the United States “make sure the adversary understands our intent” and know that if it attacks the U.S. in one domain the response would not necessarily come in the same way.

The challenges have become greater in space as more nations have turned to it for commercial, governmental and military use. Cyber has also become more complex because of “the opportunities and vulnerabilities” it exposes to benign users or potential enemies, he said.

On the plus side in cyber deterrence, O’Shaughnessy said in the United States there is now “a great willingness to partner and collaborate,” particularly with the Department of Homeland Security, in shoring up cyber defenses in critical infrastructure in the government and the private sector.

He added the new authorities granted to U.S. Cyber Command for offensive and defensive operations have helped in this regard.

“We need to have domain awareness,” not only in all layers of space, but undersea, surface and land in the future. O’Shaughnessy said this was possible if “we can figure out how do we leverage that [sensor] technology” that is commercially available or may be developed in the private sector for broader use other than fill a niche market use.

At the moment, “we have not kept up with the technology” to deter and defend broadly defined critical infrastructure.

On meeting the requirement to provide soldiers and Marines to augment Customs and Border Protection agents by providing intelligence, reconnaissance and surveillance (ISR) and back-up military police presence, he said, “we do see a relationship with migrant and drug flow.”

With cartels having a hand in both, O’Shaughnessy said they can use migrants as “distractions” to move narcotics across the border in another location or use some migrants themselves to transport the drugs.

Though the flow of drugs near the border is hard to detect and stop, the Pentagon could be dispatching more unmanned aerial vehicles to the border with Mexico to improve reconnaissance, he said.