New Commandant of the Marine Corps Gen. David Berger outlined his largely naval priorities for the Marine Corps, and he’s willing to shed some key tenets of the Marines’ amphibious force planning in recent years – including the demand for 38 amphibious warships to support a 2 Marine Expeditionary Brigade-sized forcible entry force.

Chief among the changes Berger alludes to is the gear needed to support amphibious operations.

“We will no longer use a ‘2.0 MEB requirement’ as the foundation for our arguments regarding amphibious ship building, to determine the requisite capacity of vehicles or other capabilities, or as pertains to the Maritime Prepositioning Force. We will no longer reference the 38-ship requirement memo from 2009, or the 2016 Force Structure Assessment, as the basis for our arguments and force structure justifications,” he wrote in his planning guidance.
“The ongoing 2019 Force Structure Assessment will inform the amphibious requirements based upon this guidance. The global options for amphibs include many more options than simply LHAs, LPDs, and LSDs. I will work closely with the Secretary of the Navy and Chief of Naval Operations (CNO) to ensure there are adequate numbers of the right types of ships, with the right capabilities, to meet national requirements.”

Berger goes on to suggest that even more drastic changes could be on the horizon.

“I do not believe joint forcible entry operations (JFEO) are irrelevant or an operational anachronism; however, we must acknowledge that different approaches are required given the proliferation of anti-access/area denial (A2AD) threat capabilities in mutually contested spaces. Visions of a massed naval armada nine nautical miles off-shore in the South China Sea preparing to launch the landing force in swarms of ACVs, LCUs, and LCACs are impractical and unreasonable,” he wrote.
“We must accept the realities created by the proliferation of precision long-range fires, mines, and other smart-weapons, and seek innovative ways to overcome those threat capabilities. I encourage experimentation with lethal long-range unmanned systems capable of traveling 200 nautical miles, penetrating into the adversary enemy threat ring, and crossing the shoreline – causing the adversary to allocate resources to eliminate the threat, create dilemmas, and further create opportunities for fleet maneuver.”

Berger also noted mine countermeasures as an area of focus for developing this future amphibious force capability.

He also noted that there isn’t enough money to build gear optimized for desert use, arctic use, jungle use and so on – instead, the Marines must focus on high-end, contested maritime spaces as its north star for developing and fielding new technologies. 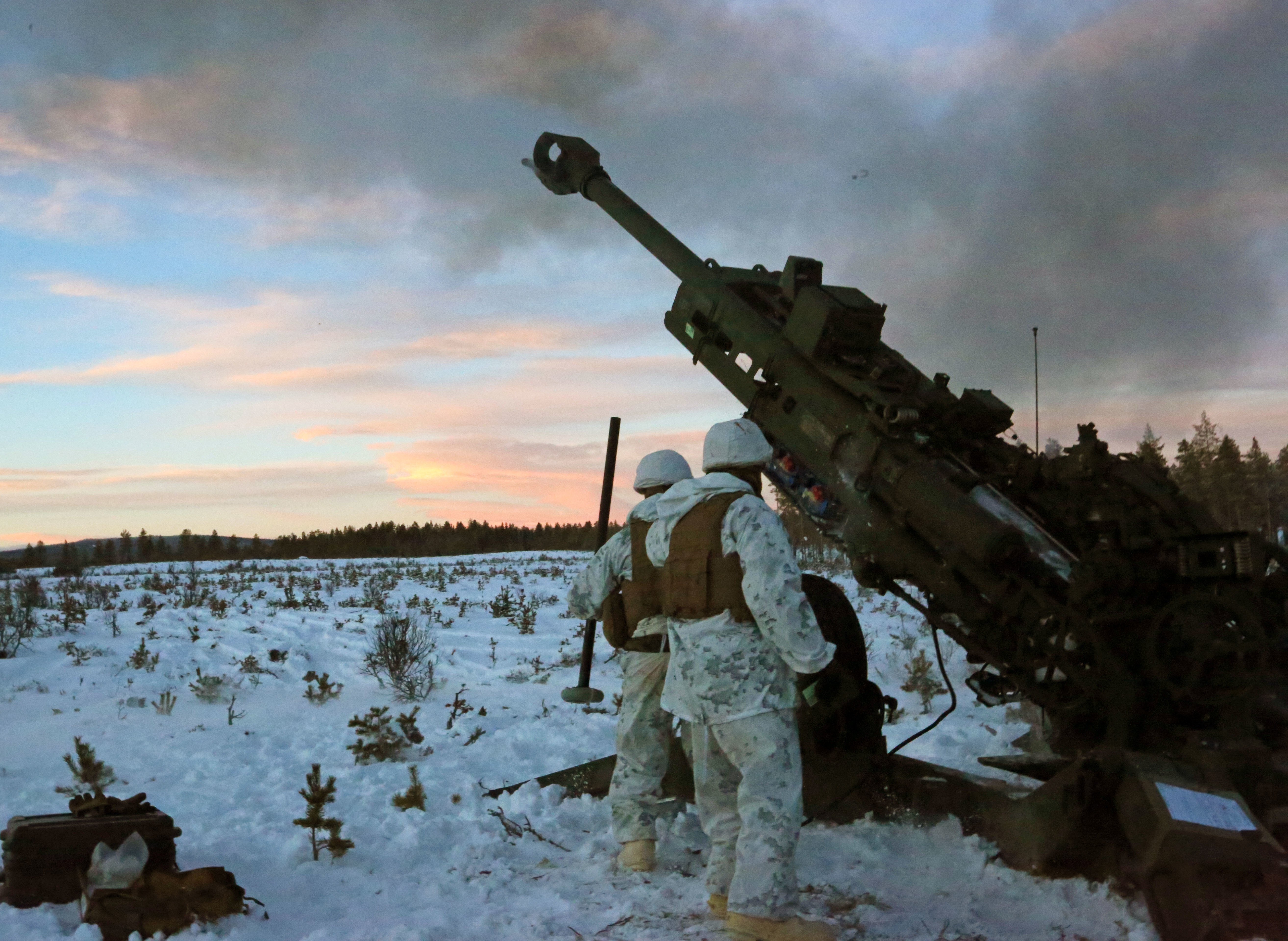 In general, throughout the documents he refers repeatedly to the need for tighter integration with the Navy and naval strategies and a focus on the maritime domain.

“The principle challenge facing the Marine Corps today lies in continuing to fulfill our role as the naval expeditionary force-in-readiness, while simultaneously modernizing the force in accordance with the National Defense Strategy – and doing both within the fiscal resources provided,” his intent document reads.
“Adversary advances in long-range surveillance and fires make closer naval integration an imperative. Power projection has been a focal point for Marine forces for many years. Now we must learn how to rapidly transition from a persistent naval forward presence posture to execution of sea denial or sea control missions.”

Referencing the Expeditionary Advance Base Operations concept that was developed in 2016 and 2017 and is still being experimented with today, Berger said “Marines must focus on exploiting positional advantage and defending key maritime terrain to enable persistent sea control or denial operations. Together, the Navy-Marine Corps Team must enable the joint force to partner, persist, and operate forward wherever and whenever we are called to do so.”

“To meet these requirements, we must redesign our force. This is my top priority as Commandant,” Berger wrote.

37th Commandant Gen. Robert Neller did much to modernize the force even ahead of the release of the National Defense Strategy that calls for a focus on near-peer and peer competition. Neller focused on integrating information warfare, unmanned systems and other emerging fields into the force, even down to the infantry squad level. During Neller’s time as commandant, the service released its EABO concept and the related Littoral Operations in a Contested Environment. 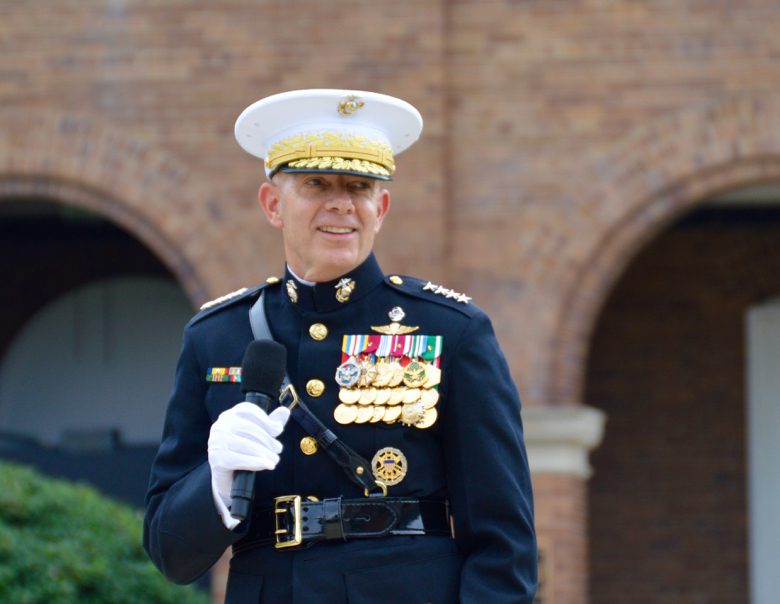 Berger calls for the Marines to not only embrace EABO but also “accelerate EABO development and adapt as we learn.” But as the force continues to optimize itself for these maritime-focused operations with the Navy, doing so may mean coming at the expense of other skills.

In his written answers to Senate Armed Services Committee members’ questions ahead of his confirmation for the job, Berger wrote that “the Marine Corps today is not sized, structured, and resourced” to perform the high-end missions outlined in the National Defense Strategy and that he would look at divesting legacy gear and even reducing the size of the force if needed so that the Marine Corps’ entire budget was focused on supporting the force needed to win in a modern, high-end maritime fight.

He reiterated this idea in his planning guidance, noting that “Force design is my number one priority. I have already initiated, and am personally leading, a future force design effort. Going forward, [the deputy commandant for combat development and integration] will be the only organization authorized to publish force development guidance on my behalf. We will divest of legacy defense programs and force structure that support legacy capabilities. If provided the opportunity to secure additional modernization dollars in exchange for force structure, I am prepared to do so.”

Part of that modernization will relate to the systems the Marines buy, and part will relate to how the service organizes. Berger noted in his planning guidance that the Fleet Marine Force had been set up to encourage naval integration, but “the 1986 Goldwater Nichols Act, however, removed the preponderance of the FMF from fleet operational control and disrupted the long-standing Navy-Marine Corps relationship by creating separate Navy and Marine Corps components within joint forces. Furthermore, Navy and Marine Corps officers developed a tendency to view their operational responsibilities as separate and distinct, rather than intertwined. With the rise of both land and sea-based threats to the global commons, there is a need to reestablish a more integrated approach to operations in the maritime domain. Reinvigorating the FMF can be accomplished by assigning more Marine Corps forces to the Fleet, putting Marine Corps experts in the fleet Maritime Operations Centers, and also by shifting emphasis in our training, education, and supporting establishment activities.”

Berger added in his intent document that “the structure and composition of the Marine Corps of the future may look much different than the force we all first joined; however, the spirit and ethos of what it means to be a Marine remains unchanged.” 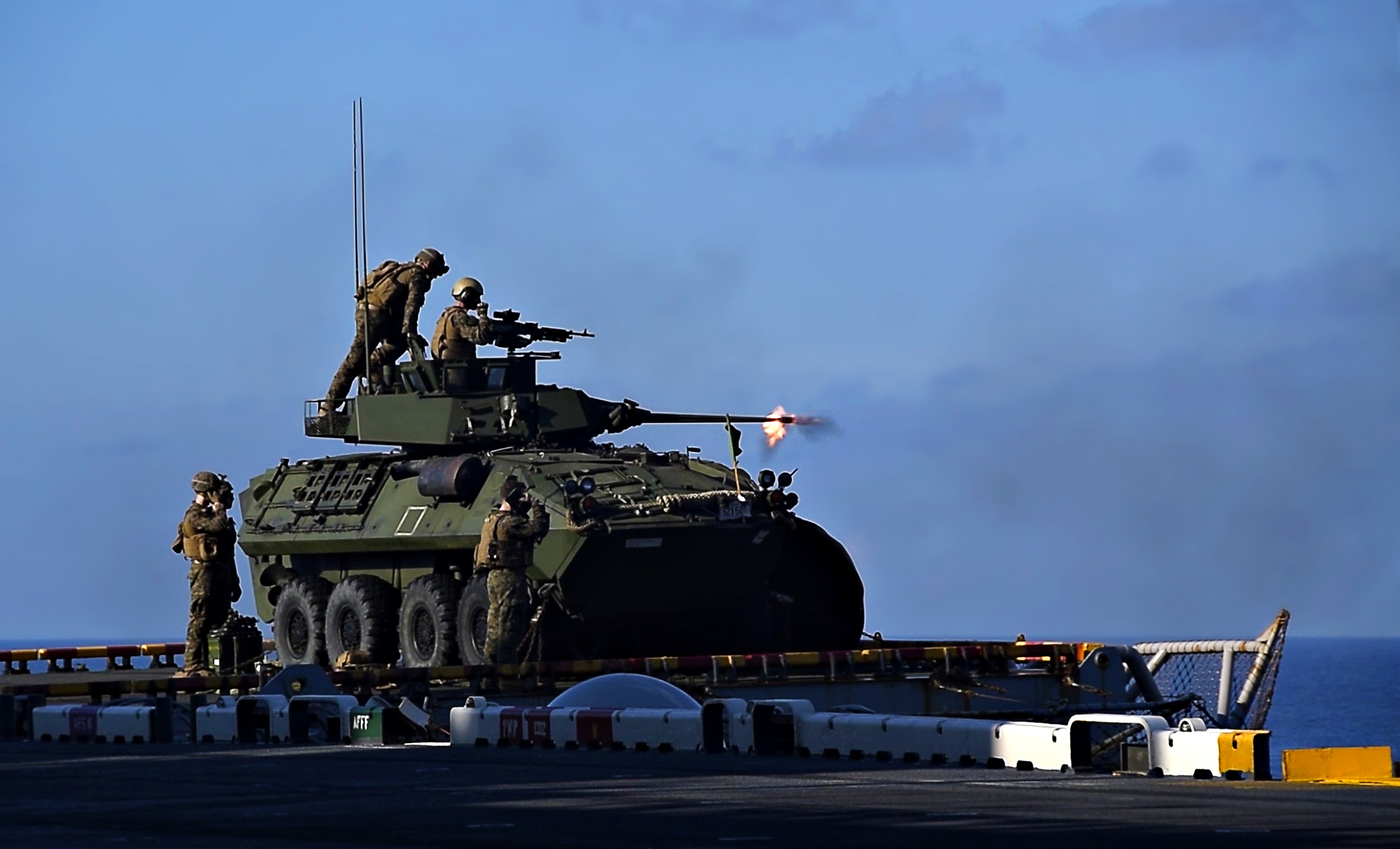 To support all these changes, Berger wrote that the Marine Corps Operating Concept (MOC) that Neller released in 2016 will be replaced by a new concept he will write in conjunction with the next chief of naval operations, to better reflect EABO and LOCE and all the related changes to the Marine Corps.

Berger also wrote extensively of the character he expects from his Marines, and the leadership skills required of commanders who are charged with training and caring for those Marines.

“Those selected to command Marines have earned our special trust and confidence and are accountable for the decisions and actions of those within their charge. As Commandant, I consider the selection of the best and most qualified commanders my responsibility, and will ensure that Marines have the leadership possible. When commanders fail to measure up to accepted standards, an immediate change must occur,” he wrote.

Writing that the leadership team will take care of Marines, Berger added that “’taking care’ also means vigorously enforcing our high standards of performance or conduct. When individuals fail, they must be held accountable, simple as that. Elite organizations do not accept mediocrity, and they don’t look the other way when a member of the team comes up short of what is expected. There is no place in our Marine Corps for those who deliberately misuse their authority to physically or sexually assault another; no place for those who risk the lives of others by operating a motor vehicle while impaired; no place for those who are intolerant of their fellow Marines’ gender or sexual orientation; no place for those who engage in domestic violence; and no place for racists – whether their intolerance and prejudice be direct or indirect, intentional or unintentional.” 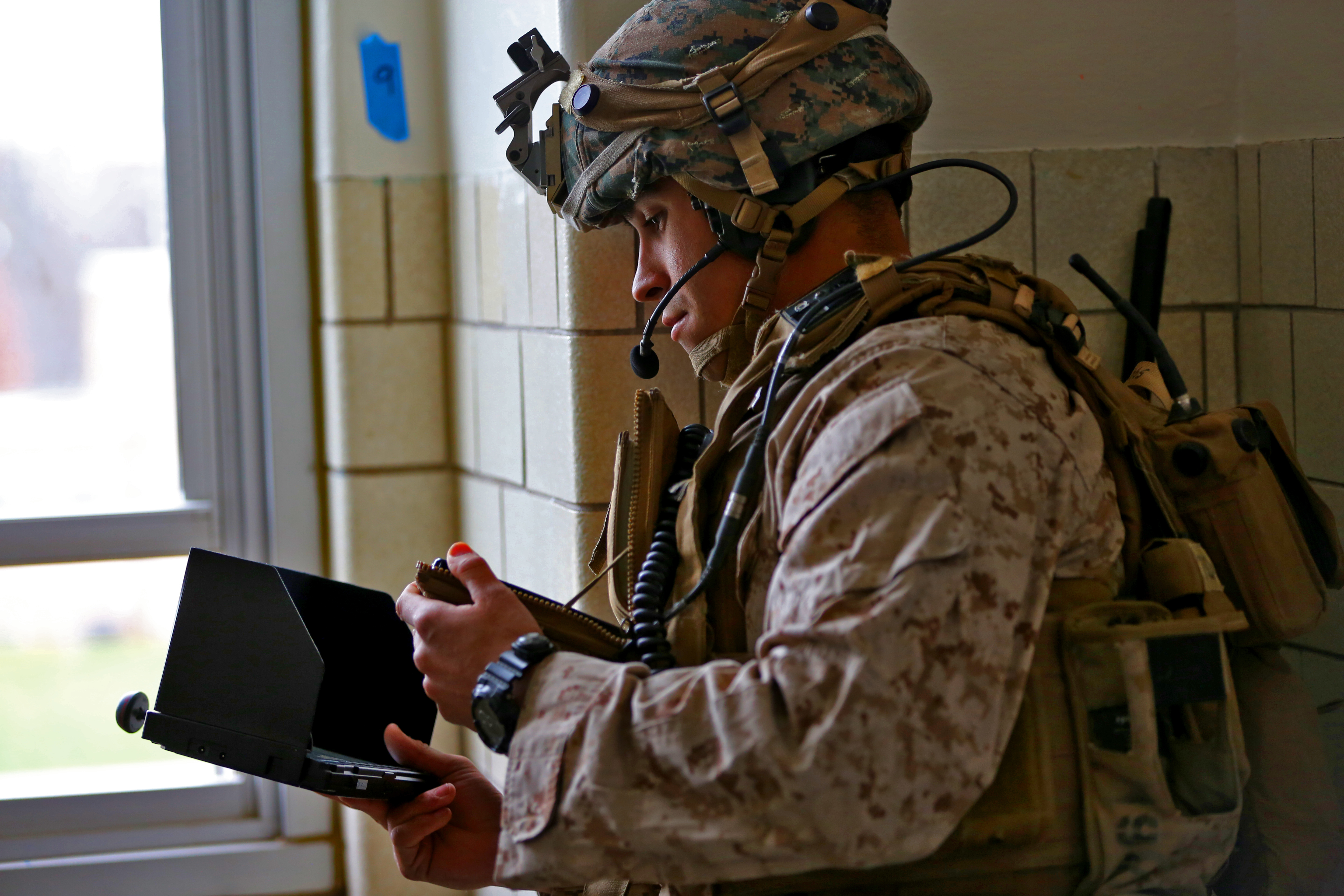 In this vein, he also wrote of workforce satisfaction issues, including modernizing the parental leave policy and allowing mothers to stay home with their newborns for up to a year.

To further support retention of talented Marines, Berger noted that the current manpower system forces Marines to choose a primary occupational field early on and doesn’t allow much opportunity to change that, even though a Marines interest may change over time – especially as rapidly evolving technology opens up fields like data management and exploitation, unmanned systems operations, offensive and defensive cyber and information warfare and more. Berger suggested there should be incentives to allow Marines to build on their skills and interests that are of use to the Corps, even if they don’t apply to the Marines’ original occupation.

Additionally, “an incentives-based model would offer the ability to target incentives to specific individuals the Service wants to retain. We should use money like a focused weapon, and aim it at the exact individual we need. Currently, we target people via a mass fires approach, instead of more selective targeting. While we hope this results in the retention of the most talented, our antiquated models may also retain poor performers,” he wrote.
“The options for a new model are numerous. One could easily envision a model with a higher percentage of below zone promotions on every board; thus, facilitating the advancement of more talented and less costly Marines. Early retirements may induce lower performers out at the lowest long-term encumbrance, while incentivizing high performers to stay. Inducing low performers out accelerates the opportunities of all those who remain in the system; thus, further ensuring the most talented force possible.”