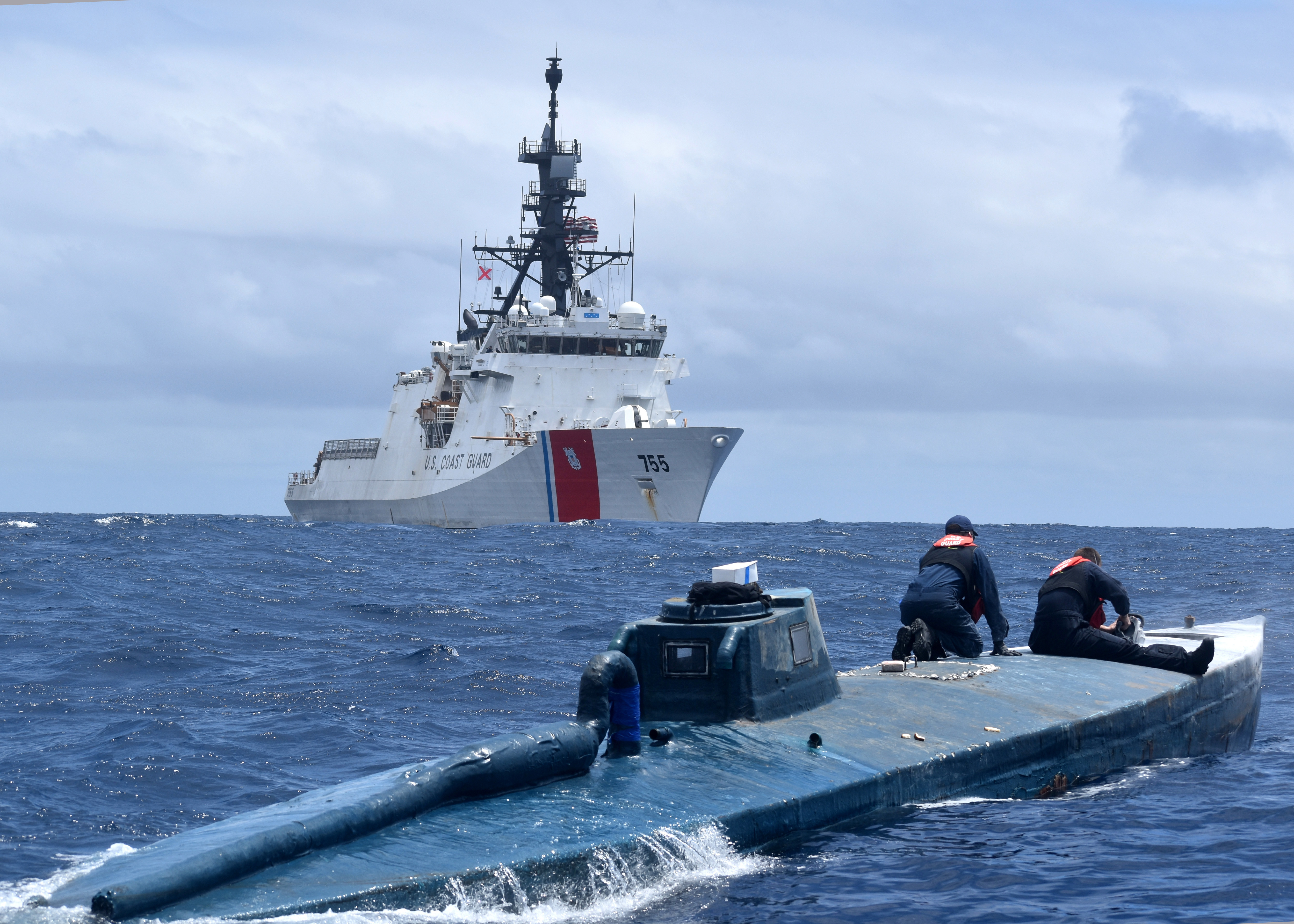 U.S. Coast Guard Cutter Munro (WMSL-755) returned to San Diego from its maiden drug interdiction mission Thursday with a record 39,000 pounds of cocaine seized from smugglers in the Pacific Ocean.

The cocaine and 933 pounds of marijuana were seized during 14 drug interdiction and disruptions off the coasts of Mexico, Central America and South America during the past three months. The drugs have a combined street value of $569 million, Coast Guard officials said. Not all of the interactions at sea resulted in seizing drugs; smugglers frequently try dumping their loads before they’re overtaken by Coast Guard pursuit craft.

During a ceremony aboard Munro, Vice President Mike Pence welcomed the crew back and commended their work disrupting the flow of narcotics to the U.S.

“What you seize and put on these decks to be offloaded is prevented from tearing apart lives and communities,” Pence said.

Violence in Central America is related to the narcotics processing and trafficking industry and is driving families out of their homes, spurring many to come to the U.S. southern border, Pence said.

“The transnational criminal organization and the cartels that fund their deadly trade represent one of the greatest national security and public health threats to the American people,” Pence said.

About 75 percent of the Coast Guard’s drug interdictions occur in the Eastern Pacific Ocean, from South America out past the Galapagos Islands and up to Central America and Mexico. This vast 6-million-square-mile transit space, more than twice the size of the continental U.S., is patrolled by a handful of Coast Guard cutters such as Munro.

Once the shipments reach Mexico and Central America, smugglers break the large shipments into to smaller packages to be smuggled north to the U.S., often in cargo trucks or by rail cars, Coast Guard officials said during a background briefing.

The best chance to seize the shipments is in international waters, Coast Guard officials said. However, the Coast Guard is battling an adversary described as having seemingly unlimited funds from the illegal drug trade and who is very savvy at countering interdiction methods.

Smugglers employ a wide array of vessels. Some are fishing vessels loaded with narcotics. Others are boats converted to smuggling vessels, such as sailboats with their masts removed, covered with fiberglass and outfitted with powerful outboard motors. Others are custom-built go-fast or low-profile vessels.

Among the hardest to spot are what the Coast Guard calls self-propelled semi-submersible vessels, which look almost like submarines. The smugglers even alter the vessels’ exhaust systems to try to decrease their heat signatures. These vessels also tend to carry the most illicit cargo – up to 5,000 kilograms per shipment. Fishing or go-fast vessels are smaller and usually carry at most 900 kilograms, Coast Guard officials said.

The use of aerial surveillance and use-of-force-equipped helicopters is helping the Coast Guard increase its number of interdictions. During Munro’s three-month deployment, aircraft were used in seven of eight interdictions, and the helos fired warning shots and used force to disable one vessel, Coast Guard officials said.

Since Fiscal Year 2017, the Coast Guard has interdicted more than 1.25 million pounds of cocaine. However, Coast Guard officials suspect they’re only making a dent in the flow of narcotics to the U.S. When counting interdictions made by other federal agencies and partner nations, the Coast Guard estimates their efforts stop about 11 percent of the entire flow of illegal drugs into the U.S.