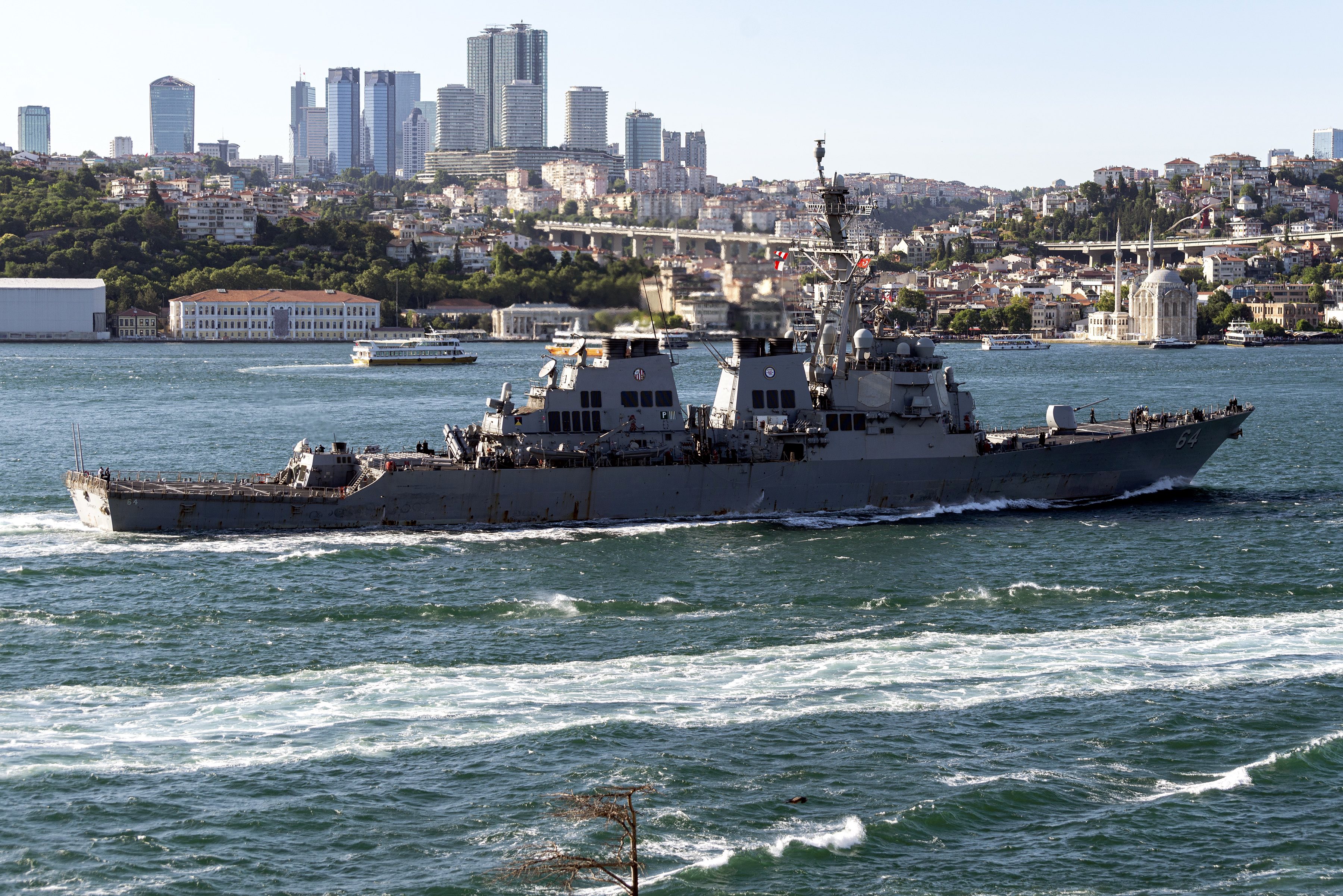 ISTANBUL — A pair of U.S. Navy ships entered the Black Sea on Friday and Saturday just as Sea Breeze 2019, the 19th iteration of the multinational land, air and land exercise held annually in the region, got underway on Monday.

On Friday, Spearhead-class expeditionary fast transport USNS Yuma (T-EPF-8) was the first foreign participant of Sea Breeze 2019 to pass through Turkish Straits into the Black Sea. This was Yuma’s inaugural northbound transit through Turkish Straits, and the second time a Spearhead-class fast transport entered the Black Sea. USNS Carson City (T-EPF-7) deployed to the region in August 2018 and visited the port of Constanta in Romania.

Arleigh Burke-class guided-missile destroyer USS Carney (DDG-64) entered the Black Sea on Saturday, and arrived in Odesa, Ukraine, on Monday, according to a tweet from the U.S. Nav.

“Carney’s transit to the Black Sea and support to Sea Breeze reaffirms the U.S. Navy’s commitment to this vital region and our valued partners,” said Vice Adm. Lisa M. Franchetti, commander of U.S. 6th Fleet. “In this dynamic security environment, our naval forces throughout Europe remain steadfast and continue to operate routinely with our allies and partners in the Black Sea as we work to ensure regional stability and prosperity.”

Since the occupation of Crimea by the Russian Federation, both the political value and the military importance of the Sea Breeze exercise has increased very much. The U.S. regards the exercise as an essential gesture of the continuing support of Ukraine. Two years ago, U.S. Navy Seabees built a permanent maritime operations center on Ukraine’s Black Sea coast for use during the annual exercise, USNI News previously reported.

“The Black Sea Fleet’s Smetlivy guard ship has started monitoring the U.S. warship’s steps. Besides, during the entire stay of the USS Carney destroyer in the Black Sea’s responsibility zone it will be monitored with the use of digital and technical means of the fleet,” Russian Defense Ministry said in a statement, reported by the Russian government-run TASS news agency.

Carney is a forward-deployed destroyer based out of Naval Station Rota, Spain, and is conducting naval operations in the U.S. 6th Fleet area of operations, supporting U.S. national security interests in Europe. Saturday marked Carney’s first Black Sea deployment of 2019. Carney deployed to the Black Sea three times last year and made one deployment in 2016 and one in 2017. 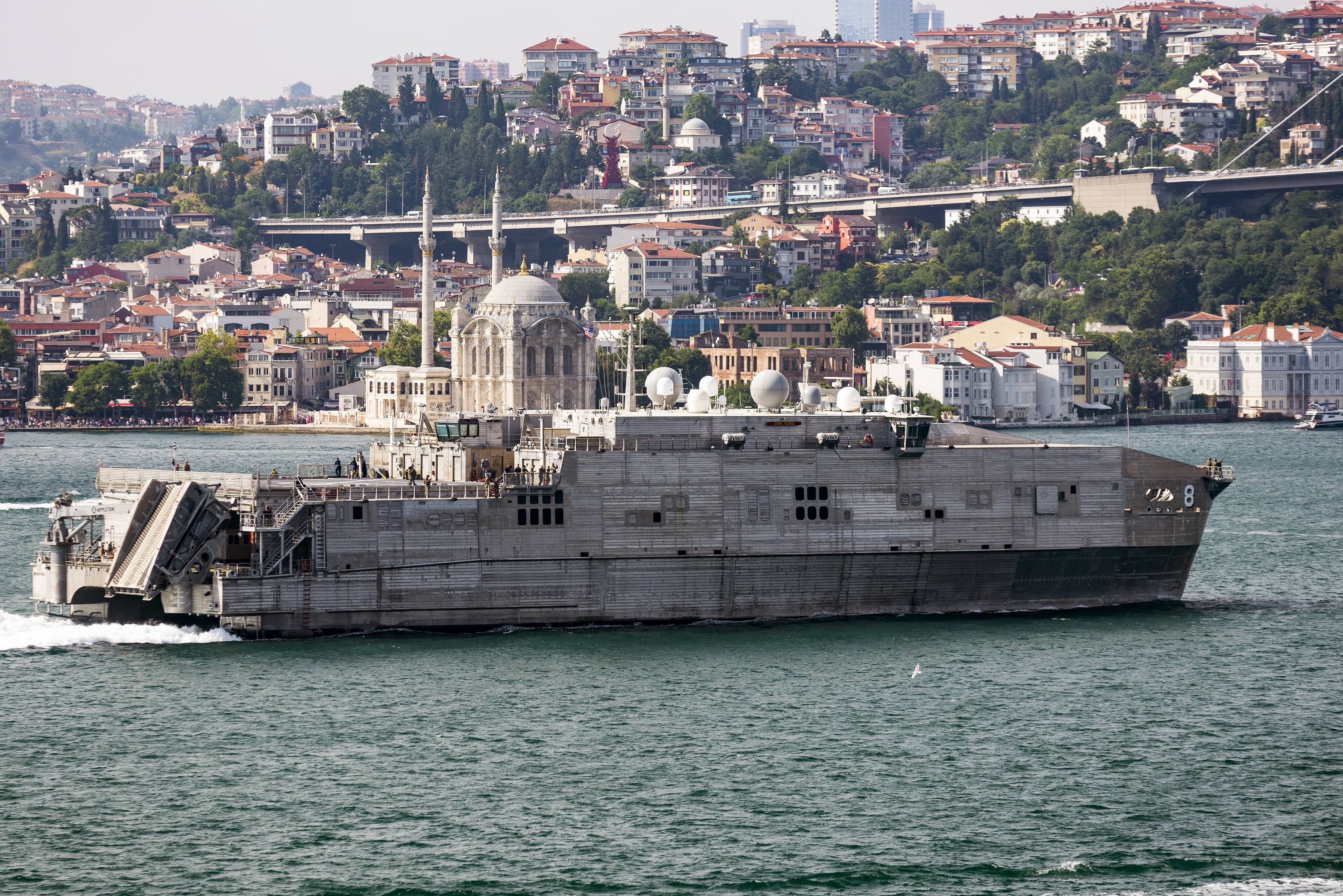 This year’s Sea Breeze, co-hosted by the U.S. and Ukraine, seeks to build combined capability and capacity to ensure regional maritime security and foster stronger friendships among partnering nations. Participants will conduct field-training exercises with a focus on protecting critical infrastructure, force protection, and maritime security operations. The exercise runs through July 12.

The nations scheduled to participate in Sea Breeze 2019 include Bulgaria, Canada, Denmark, Estonia, France, Georgia, Greece, Italy, Latvia, Lithuania, Moldova, Norway, Poland, Romania, Sweden, Turkey, Ukraine, United Kingdom, along with the United States. Up to 3,000 troops from 19 nations including 32 ships and 24 aircraft are going to participate in the exercise, according to the U.S. Navy.