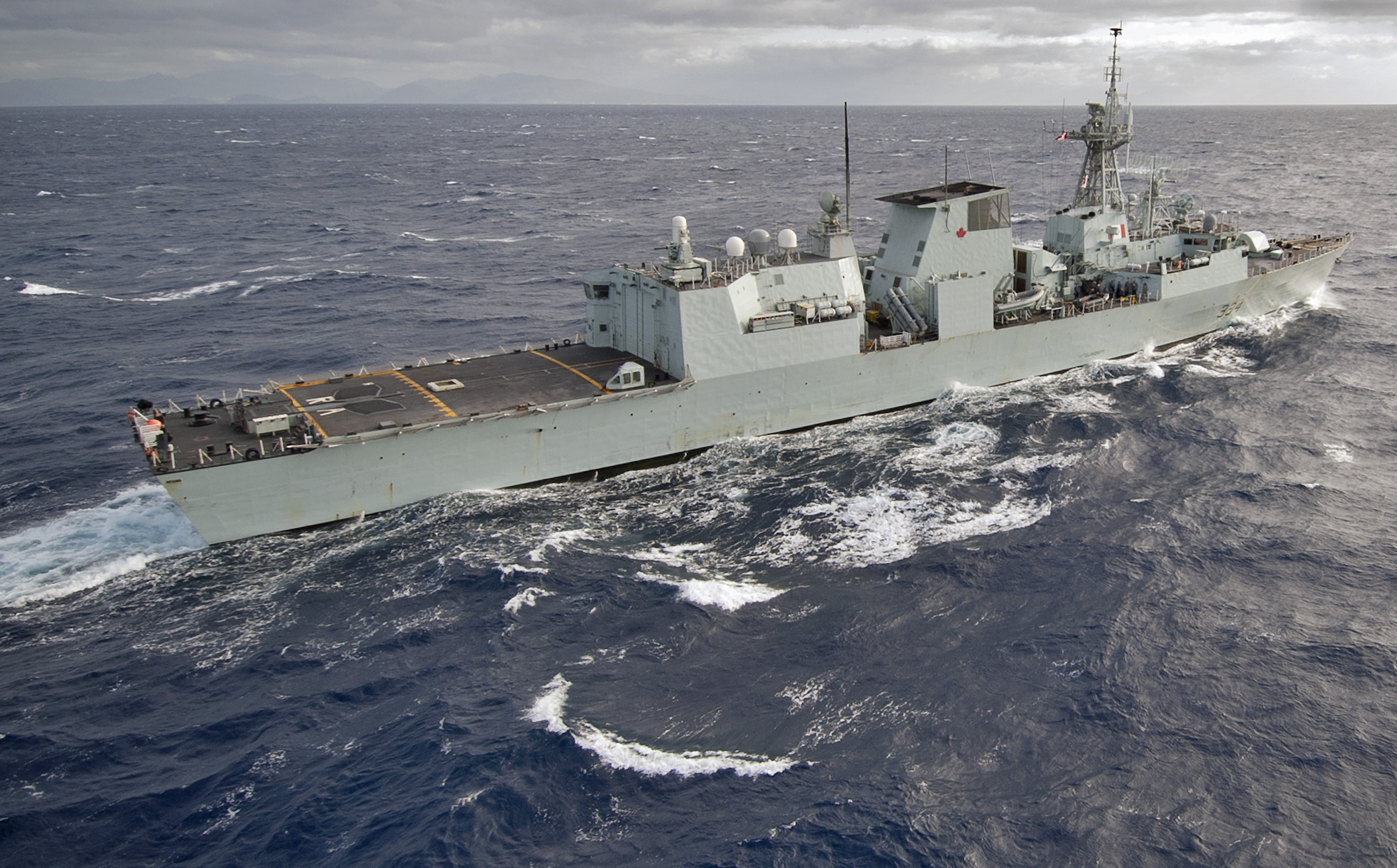 A Canadian Navy frigate and supply ship were buzzed by two Chinese fighters earlier this week as the warships transited the Taiwan Strait, days after U.S. Navy surveillance plane tracked a Chinese aircraft carrier in the same waters.

Halifax-class frigate HMCS Regina (FFH 334) and Naval Replenishment Unit Asterix passed through the strait on Monday, traveling from a port visit in Vietnam to participate in Operation NEON, an initiative to counter efforts by North Korea to evade international sanctions, according to several media accounts and the Canadian Department of National Defense.

During the Canadian ships’ transit through the strait, a pair of Su-30 fighters flew about 100-feet above the water, coming within 1,000 of the ships, according to an account posted by the CBC.

“We were clear about the transit of Canadian vessels through the Taiwan Strait and monitored the vessels for the whole process,” Senior Colonel Ren Guoqiang, spokesperson for China’s Ministry of National Defense, said during a Thursday press briefing, according to the ministry’s official English language translation of the transcript.

While China does not approve of foreign warships transiting the 110-mile wide strait separating mainland China from Taiwan – a body of water China claims as part of its sovereign territory – the typical response from China is to shadow the foreign naval ships and release a muted statement.

In April, when USS Stethem (DDG-63) and USS William P. Lawrence (DDG-110) passed through the strait, Chinese Foreign Minister Geng Shuang told reporters that Beijing had paid “close attention” to the transit, according to a report in The Japan Times. The passage of Stethem and William P. Lawrence was the seventh such transit of U.S. Navy ships through the strait since July 2018.

On June 18, the U.S. Navy P-8A reportedly tracked China’s aircraft carrier Liaoning while it transited the Taiwan Strait. The P-8A allegedly took off from Singapore, flew through the Strait of Taiwan, then diverted to fly around the island China claims as its sovereign territory, before turning again to fly to Okinawa, Japan, according to an account in the Taiwan News.

“We were clear about the moves of the U.S. military aircraft and maintained high alert during the process. We are strongly opposed to the U.S. military’s provocative actions in the Taiwan Strait and the South China Sea,” Ren said Thursday, according to the ministry’s official English language translation of the briefing transcript.