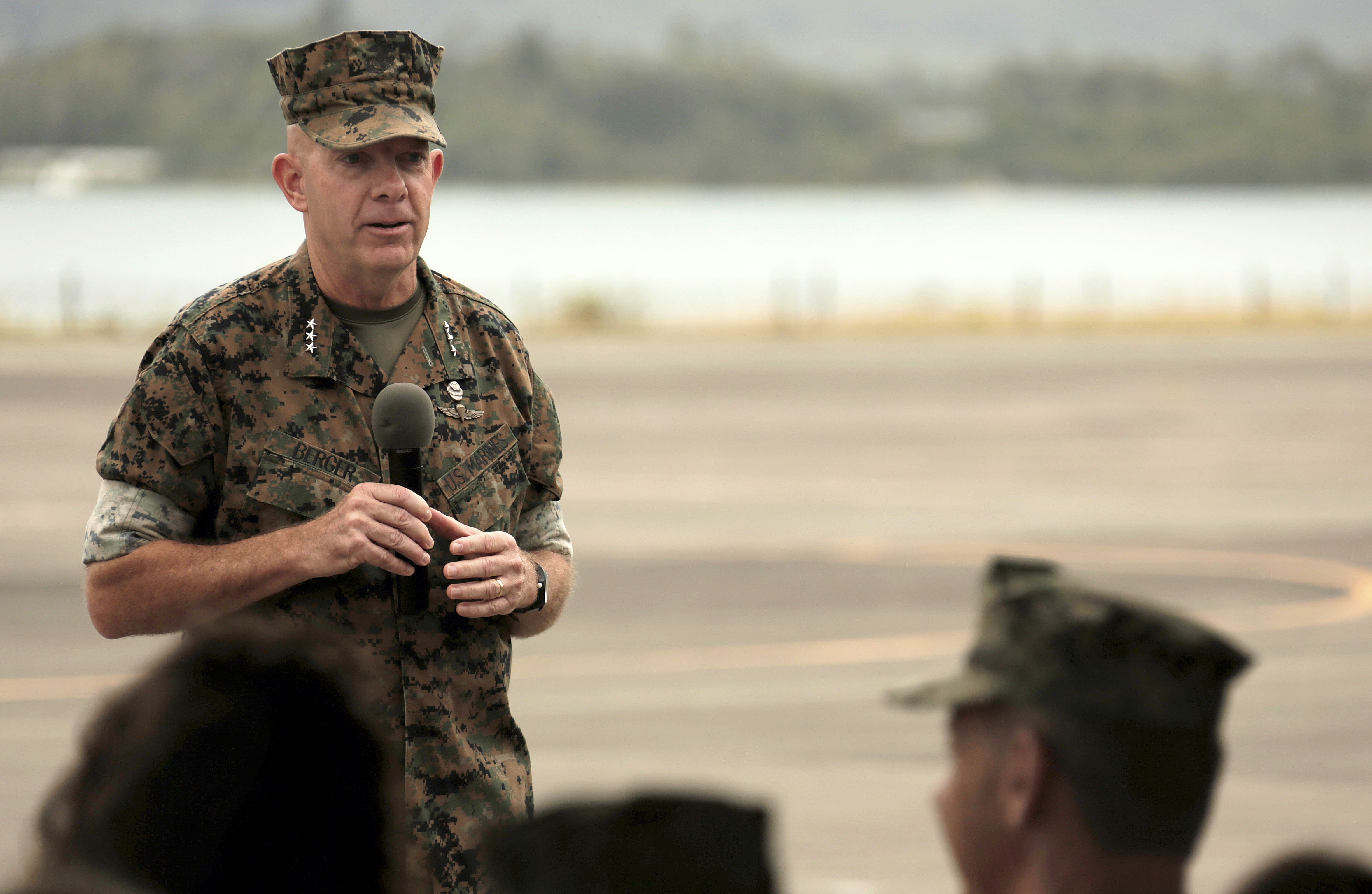 The Senate has confirmed Lt. Gen. David Berger to serve as the next commandant of the Marine Corps following a hold from Sen. Dan Sullivan (R-Alaska).

According to a Senate notification, the current commander of Marine Corps Combat Development Command was confirmed on Wednesday.

Sullivan dropped his opposition to Berger’s confirmation ahead of the confirmation, according to a Wednesday report from Military Times.

A spokesperson for Sullivan did not immediately respond to a Thursday USNI News request for additional information.

When asked by reporters on Wednesday why he had placed the confirmation on hold, Sullivan said the issue “is between me and Gen. Berger.”

During Berger’s April 30 confirmation hearing before the Senate Armed Services Committee, Sullivan asked Berger and Vice Chief of Naval Operations Bill Moran about the military’s “stale” posture in Alaska and the Arctic.

Now confirmed, Berger is set to take over as the 38th commandant of the Marine Corps on July 11.

In his current role, he has been instrumental in guiding the Marines into a new era of high-end warfare as dictated by the National Defense Strategy. He has been refining Marine Corps’ emerging operational ideas, like the Expeditionary Advance Base Operations and Littoral Operations in a Contested Environment concepts.

A career infantry officer, Berger led I Marine Expeditionary Force in California and U.S. Marine Corps Forces, Pacific until 2014. In 2012 he took command in Afghanistan as the commander of the 1st Marine Division in support of Operation Enduring Freedom.

He is a 1981 Tulane University graduate.

Current commandant Gen. Robert Neller has served in the role since 2015.