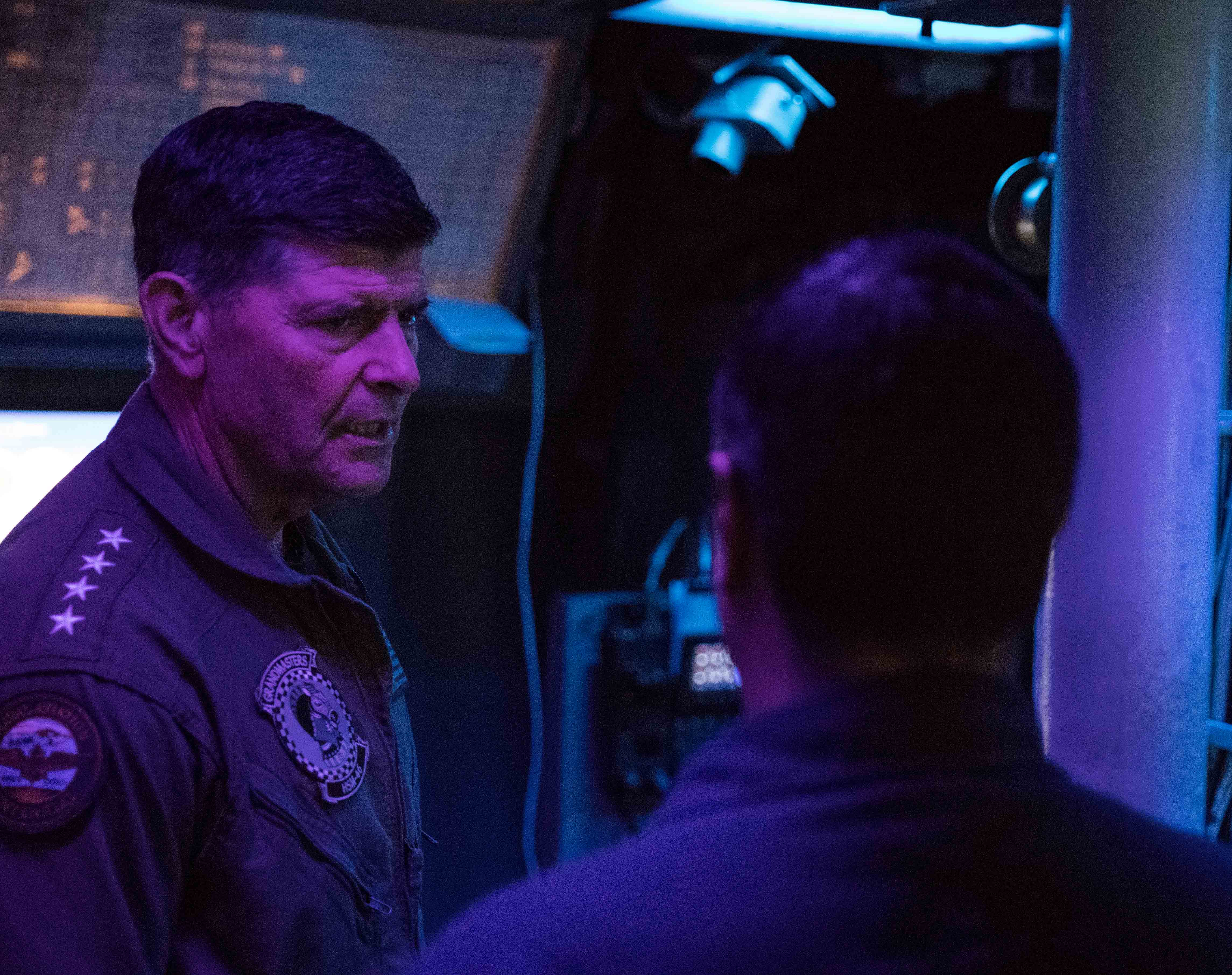 Moran currently serves as VCNO and Burke as chief of naval personnel. Burke will be promoted to the rank of admiral upon taking on the VCNO job. Current CNO Adm. John Richardson will retire this summer after 37 years as a Navy officer and four at the U.S. Naval Academy.

“I am deeply humbled and honored to be given the opportunity to continue to serve as our Navy’s next Chief of Naval Operations,” Moran said in a statement to USNI News.
“Adm. Richardson and his wife, Dana, are an amazing team that has consistently advocated on behalf of our sailors and their families. My wife, Patricia, and I are grateful for their service to our Navy and our nation. I look forward to the honor of leading the men and women of the world’s greatest Navy in service to our nation.”

In a time the Navy is facing a steep challenge to recruit and retain sufficient personnel to man a larger and more complex navy, having former personnel chiefs at the top two spots in the Navy will help ensure sufficient focus on this issue.

A single senator – Dan Sullivan, a republican from Alaska – has held up the confirmation of Lt. Gen. David Berger to serve as the next commandant of the Marine Corps. Moran and Berger were nominated to lead their services around the same time and went through the confirmation hearing process with the Senate Armed Services Committee together, in a nod to the close ties between the two jobs. 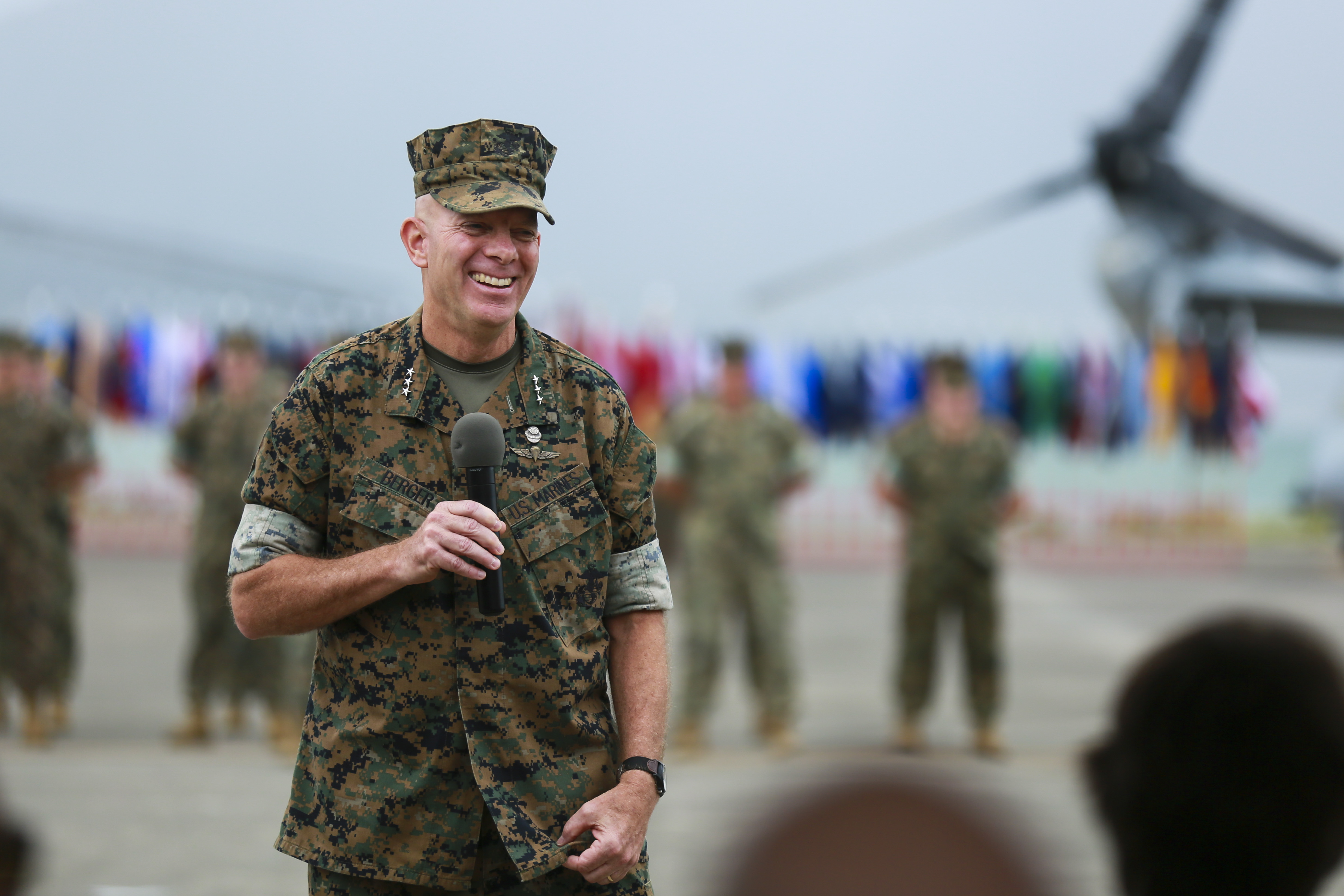 Three sources confirmed to USNI News that Sullivan was the senator who had placed a hold on Berger’s nomination due to local Alaska issues. Sullivan’s office did not provide any comments to USNI News when reached.

During the April 30 hearing, senators asked Moran and Berger a slew of questions regarding the reemergence of great power competition, acquisition programs, readiness and personnel issues.

Sullivan asked the pair about the military’s “stale” posture in Alaska and the Arctic and whether they would commit to working with SASC to optimize their presence in the Arctic region. Both agreed to a relook.

Sullivan said in his questioning, “General, I want to thank you very much for joining me in Alaska just last week and taking the time to come to my state,” ahead of asking Berger more about Marine cold-weather training activities, current Commandant Gen. Robert Neller’s concerns about being able to launch a large-scale mission in the extreme cold, and struggles the Navy-Marine team had at the beginning of the Trident Juncture exercise in Iceland and Norway.

Berger replied regarding cold-weather operations, “I know it’s a critical training requirement for the Marine Corps, as is operating in the jungle. It’s not transferable” and both have to be practiced or else those skills could atrophy.

In recent months, in addition to NATO’s Trident Juncture exercise in the North Atlantic, the Marines have been in Alaska for cold-weather testing of the new Amphibious Combat Vehicle being tested and built. The Theodore Roosevelt Carrier Strike Group as well as Marine F-35B Joint Strike Fighters this week were both in Alaska for the Northern Edge joint exercise that focuses on air warfare.