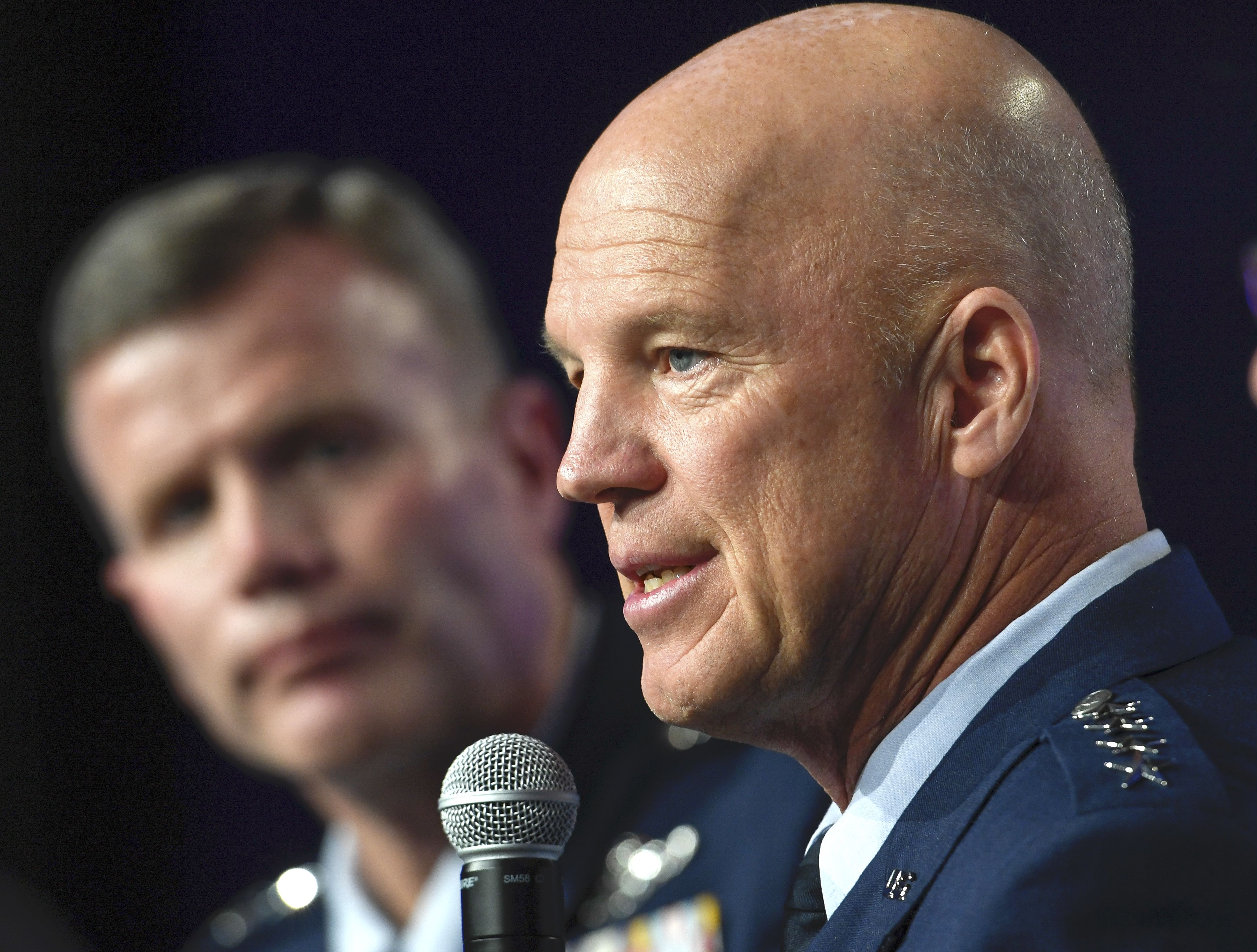 Strides Russia and China have made in space mean the United States can no longer take for granted its superiority in that domain said the nominee expected to head the nation’s Space Force and an independent Space Command said Tuesday.

“China particularly has been watching” how the United States integrated space into all its military operations, Gen. John Raymond, currently the commander of the Air Force’s Space Command, told the Senate Armed Services Committee during a Tuesday hearing. Testifying with Raymond was the nominee to head the National Reconnaissance Office (NRO), Christopher Scolese, who has a background as a nuclear Navy officer and in NASA, he said.

China has created reversible jamming capabilities that can disrupt global positioning and communications systems and the development of high-end operations involving directed energy are just some examples he listed of advances in space made by Beijing and Moscow,

“It’s a threat that is concerning,” Raymond said.

Raymond didn’t mention the threat to U.S. satellites’ orbits, but several senators noted in their questions that China and India have demonstrated their ability to destroy their own satellites, raising concerns about the vulnerability of U.S. satellites. Space debris from destroyed satellites also represents a potential to damage to orbiting American satellites.

“We need to move fast” to keep an edge in space, Raymond said. Later, he added that the United States needed “to show we are constantly evolving” in carrying out operations in a domain that is 100 kilometers above the earth’s surface.

The Space Force would be inside the Department of the Air Force in the same way the Marine Corps is part of the Department of the Navy. Pending approval of the authorization bill and his nomination to head the new unified Space Command and Space Force, Raymond said he would wear one hat in the “organize, train and equip” role of the command and one as a warfighter heading the force, a status very similar to his current role the Air Force and with Strategic Command.

“Space is a joint warfighting business,” he said. “We will have service components.”

In his warfighting role, Raymond intends to embed cells in the combatant commanders’ headquarters, and in U.S. Cyber Command, so they understand what space has to offer in a specific situation. Embedding officers also eases the way for conducting exercises with those commands. “We need to stress” the system by training jointly over all domains, he said.

As for interactions with allies and partners, Raymond said the U.S. has to alter space security agreements. Warfighting doctrine is being revised to take into account the new organization and the changing threats.

“Historically, we’ve not had those partnerships that we need,” but the situation is changing now, first with the United Kingdom, Canada, Australia and New Zealand [called the “Five Eyes” who already share the most sensitive intelligence] and starting to change with France, Germany and Japan.

A number of senators were concerned with how the new Space Force and Space Command would work with the NRO. Christopher Scolese, the nominee to head the NRO, believes the two organizations should remain separate entities at least for now.

The reconnaissance office, which is now responsible to both the Pentagon and the Director of Intelligence, would be considered the vendor in most situations, he said. A joint Pentagon and intelligence agencies report on the NRO is due next year.

“It’s critically important [that the two] integrate and collaborate,” Scolese said. “We train and work together … so we know who’s going to operate [and] know each other’s role and responsibility.”

As to who would have the last word, Scolese said, “I think it depends on the situation.”

“We need to make sure that unity of effort” is tested and evaluated, Raymond added.

As the hearing was nearing its end, Scolese was asked what it was like to be interviewed by and then work for Vice Adm. Hyman Rickover.

“He was an admiral; I was an ensign; He was a legend, and I wasn’t,” Scolese said.

The Senate is expected to confirm Scolese and Raymond.