The following is the May 20, 2019 Congressional Research Service report, Recent Trends in Active-Duty Military Deaths. 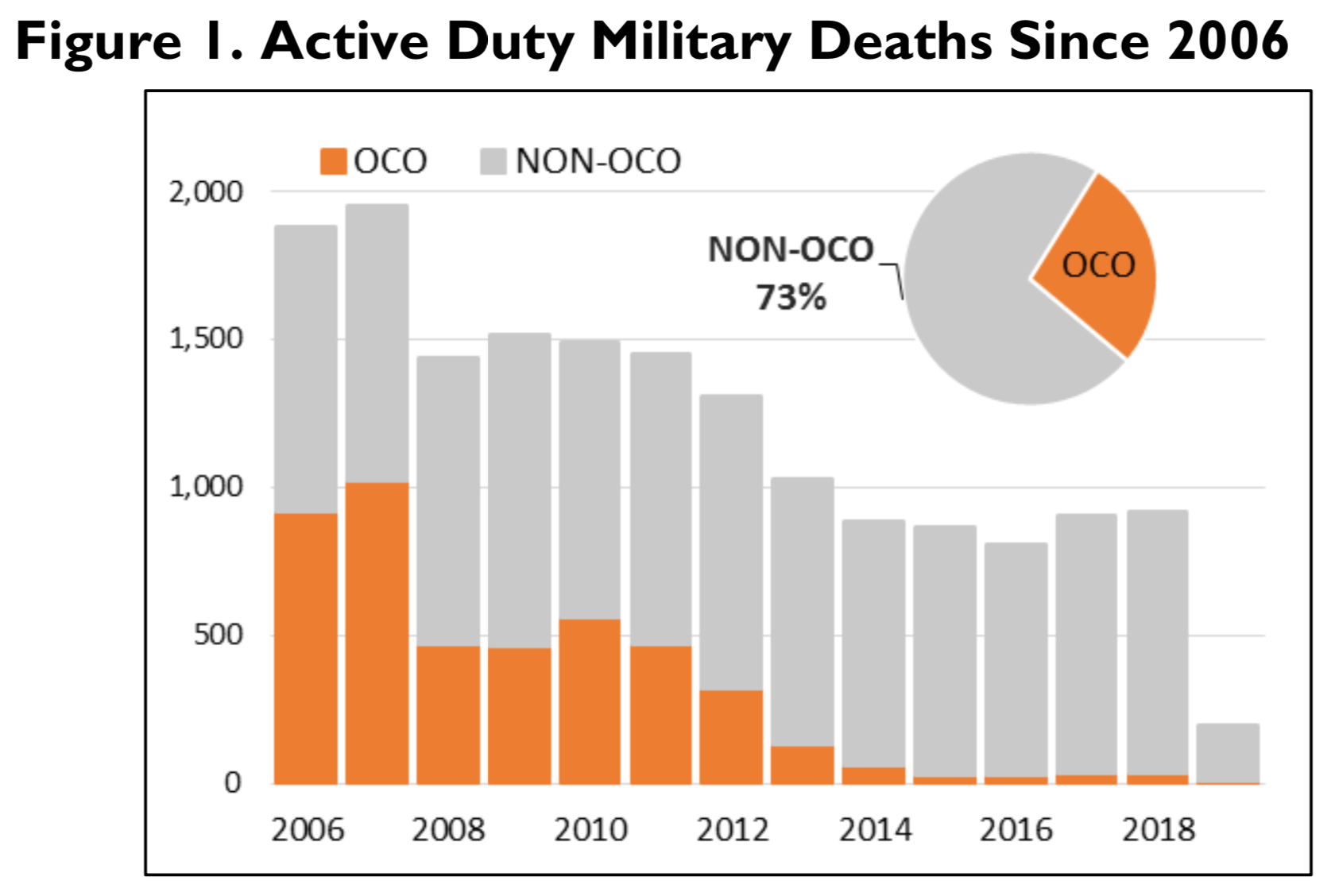 Since 2006—five years after the start of major combat operations in Afghanistan and three years after the U.S.-led invasion of Iraq—a total of 16,652 active-duty personnel and mobilized reservists have died while serving in the U.S. Armed Forces. Seventy-three percent of these casualties occurred under circumstances unrelated to war, a category classified in this report as Non-Overseas Contingency Operations, or Non-OCO. Twenty-seven percent have died while serving in OCO operations—primarily within the territory of Iraq and Afghanistan—during periods of active combat operations. OCO operations related to Afghanistan primarily include Enduring Freedom and Freedom’s Sentinel. For Iraq, OCO operations include Iraqi Freedom, New Dawn, and Inherent Resolve. Figure 1 summarizes all service deaths since 2006.

Due to quality issues with pre-2006 data, earlier years have been excluded from this analysis.