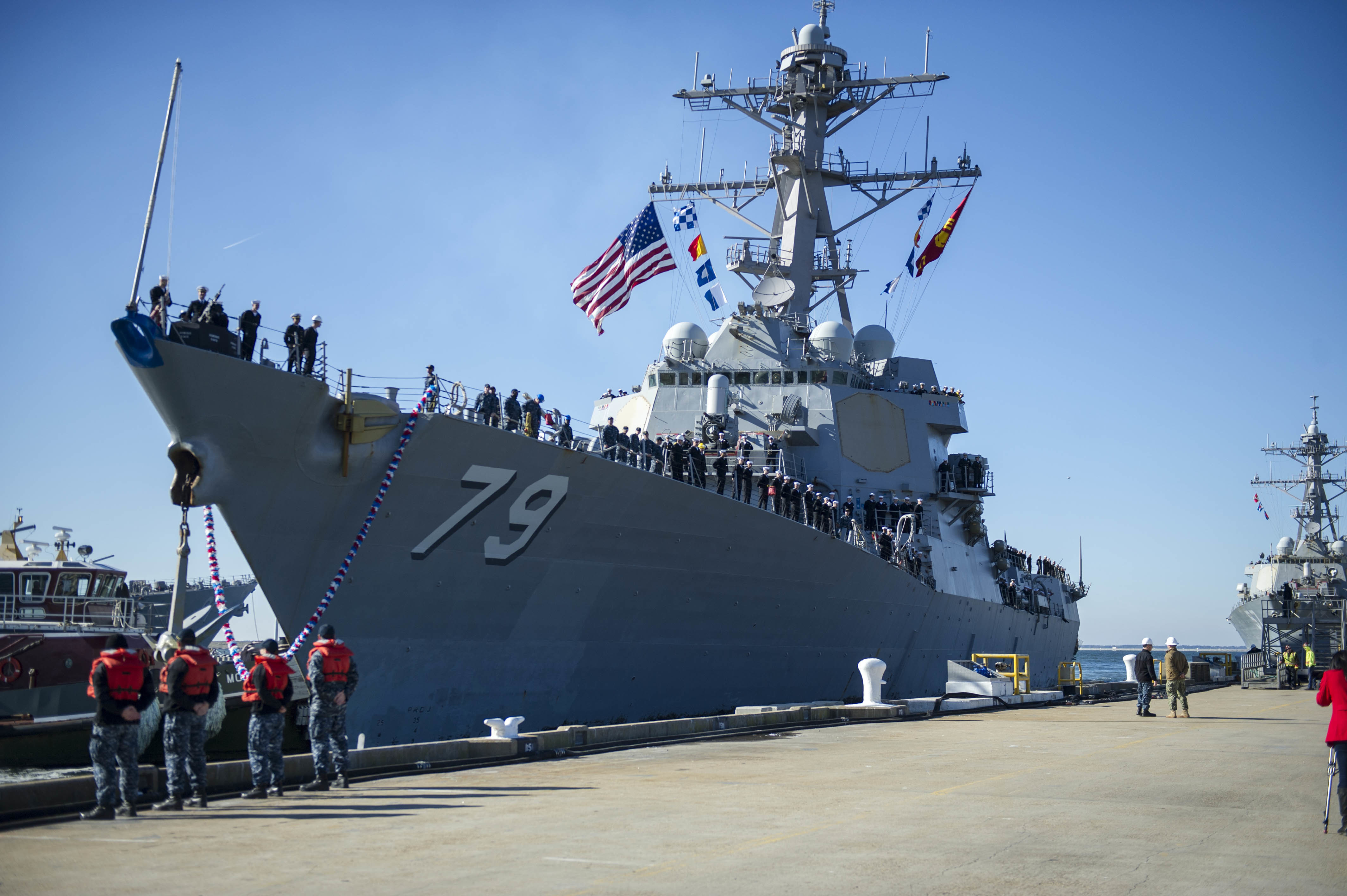 The guided-missile destroyer damaged in a fire in a Norfolk maintenance yard last year won’t rejoin the fleet until at least 2022, USNI News has learned.

USS Oscar Austin (DDG-79) will undergo repairs caused by the fire at least into the first quarter of 2022, according to an unclassified Navy maintenance summary reviewed by USNI News. The summary included a request from the Navy’s Mid-Atlantic Regional Maintenance Center for more time to repair the ship that suffered extensive damage from an accidental fire.

The repairs are needed to fix damage caused by a devastating electrical fire aboard Oscar Austin on Nov. 10., “caused by BAE hot-work,” according to a Navy fire investigation. Around 30 sailors from the ship and the nearby USS Cole (DDG-67) were needed to extinguish the fire, according to a Norfolk Fire Marshal’s incident report, obtained by USNI News.

Naval Sea Systems Command did not acknowledge the timeline when contacted by USNI News on Tuesday. However, it did issue its most complete summary of the damage to date suffered to by the ship in a Tuesday statement.

“There was significant fire and smoke damage as well as water damage from the fire-fighting efforts. Thirty-two spaces sustained some manner of damage including several Aegis components,” NAVSEA spokeswoman Colleen O’Rourke told USNI News. “Once the original work from the availability is complete, the ship will transit to Naval Station Norfolk to complete remaining restoration of affected equipment and spaces. Due to the complexity, availability and fabrication or refurbishment of the waveguides and cabinets, the restoration and testing schedule remains under review.”

The destroyer was set to receive an Aegis Baseline 9 upgrade that would allow the ship to conduct ballistic missile defense missions as well as perform traditional air warfare missions simultaneously.

The computer infrastructure for the Baseline 9 upgrade had not been installed when the fire occurred, but existing computer equipment required for the upgrade was severely damaged by either the fire or fire control efforts, Navy and defense contractor officials previously told USNI News.

Following the fire, NAVSEA said it has worked with the shipyard to improve its fire safety.