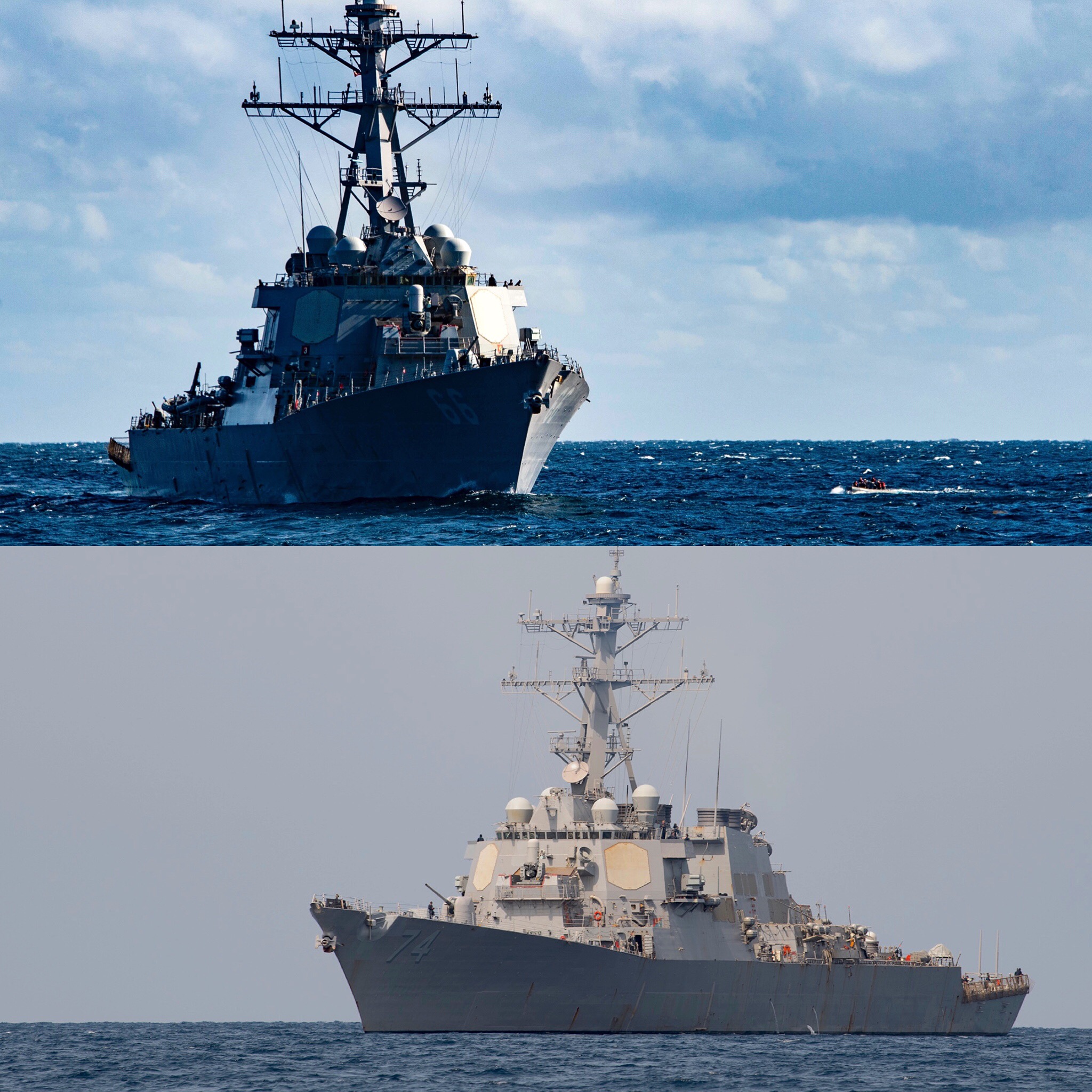 Two U.S. guided-missile destroyers entered the Persian Gulf on Thursday without incident as the likelihood of an armed confrontation between Iran and the U.S. appears less likely, two U.S. defense officials confirmed to USNI News on Thursday.

U.S. Central Command did not provide additional details on the transit when reached by USNI News.

The transit of the two warships through the strait with no harassment from the IRGCN is a sign that tensions between Washington and Tehran have simmered since last week’s buildup of U.S. military forces in the Middle East.

As of Thursday, the Abraham Carrier Strike Group was operating off the coast of Oman while the USS Kearsarge (LHD-3) was off the coast of the United Arab Emirates near the entrance to the Persian Gulf, USNI News has learned.

Earlier this week, McFaul and Kearsarge left the Persian Gulf while carrier USS Abraham Lincoln (CVN-72) and its strike group quickly left the Mediterranean Sea and sailed swiftly through the Red Sea to the Gulf of Oman.

If the U.S. were to launch a military attack from the sea, it would best be able to do so from outside of the Persian Gulf, where Iranian forces have less maritime domain awareness and American ships would be further from hostile anti-ship missiles, USNI News understands.

The White House and the Pentagon claimed “indications of heightened Iranian readiness to conduct offensive operations against U.S. forces and our interests” as justification to move the Lincoln strike group into the Middle East earlier than planned and to deploy an Air Force bomber task group and an Army Patriot anti-ballistic missile battery to the region. Washington has also tasked amphibious warship USS Arlington (LPD-24) and elements of the 22nd Marine Expeditionary Unit to CENTCOM, even though in recent amphibious ready group deployments the LPD tends to stay in the Mediterranean even as the other ships in the group operate in CENTCOM waters.

On Wednesday, The New York Times reported the increased threat came from intelligence that showed IRGCN forces had loaded missiles onto dhows.

Washington and allies have had mixed reactions to the intelligence estimates.

On Tuesday, U.K. Maj. Gen. Christopher Ghika, deputy commander for strategy and information at the Combined Joint Task Force – Operation Inherent Resolve (CJTF-OIR), told reporters there had been “no increased threat” to forces in Iraq and Syria supporting OIR from Iranian forces in the region, according to Military.com.

In response, CENTCOM issued a statement that Ghika’s assessments “run counter to the identified credible threats available to intelligence from U.S. and allies regarding Iranian-backed forces in the region.”

Regardless, the U.S. State Department evacuated non-emergency personnel from Iraq, based on the intelligence estimates.

The two destroyers’ transit occurred as an investigation continues into coordinated attacks of four oil tankers and an oil pipeline by forces believed by U.S. officials to be Iranian.

“The Saudi tankers were among at least four oil-industry vessels, including ships from Norway and the United Arab Emirates, attacked on Sunday in the Gulf of Oman off the U.A.E.’s eastern coast as they prepared to cross into the Persian Gulf, Saudi officials said,” reported The Wall Street Journal.

A U.S. team that includes special operations personnel were part of a group sent to determine the origin of the attacks.