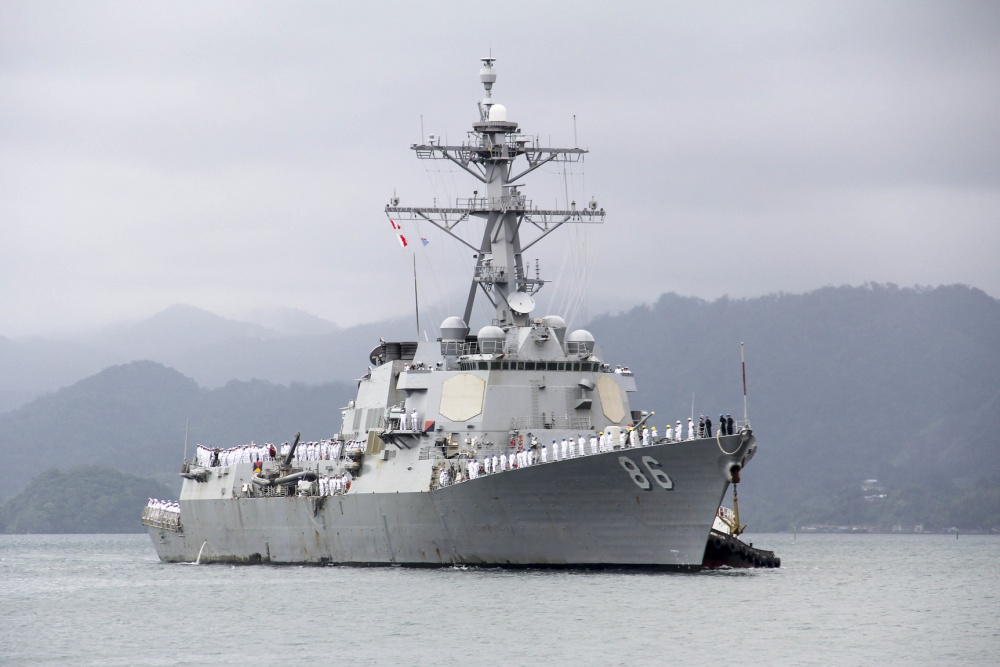 “Security issues have been too open and too free” for illegal fishing, human- and narco-trafficking, unlicensed mineral exploitation and pollution, Naivakarurubulavu Solo Mara, Fiji’s ambassador said speaking as part of a panel at the Center for International and Strategic Studies,

“Our resources have been plundered,” he said.

In the eyes of the island nations, Mara said the Trump administration’s “Free and Open Indo-Pacific” strategy, like the Obama administration’s “Pivot to the Pacific,” usually comes down to “securing the sea lines of trade” and warnings to be wary of Chinese “debt traps” referring to development agreements with Beijing.

Islanders have the impression they “have been tacked on at the end,” as an “afterthought” when the United States announces a strategy that covers Oceania, Mara said.

What “we need is monitoring of polluters [and] resource plunderers.” In sum, “we want to know what the United States is going to do” about those concerns and others like rising sea levels, erosion and population explosion, he said. The requested environmental monitoring and enforcement is outlined in the nations’ “Blue Pacific” strategy with an added emphasis on understanding the impact of climate change on the islands.

The United States needs to have “more Pacific Island voices heard in these discussions” about regional security and what it means to them. For example, several highly regarded Peace Corps development projects in Oceania were terminated, several panelists said.

“We are fully aware of big power competition,” Mara said, and that the Pacific Ocean is “increasingly crowded and contested.” Knowing those new facts, he and other panelists said none of these nations want to be pushed into having to choose sides in this matter or in regional rivalries like China and India over security, trade and development.

China’s moves to gain regional influence is a primary reason President Donald Trump is slated to next week with the presidents of the Marshall Islands, Palau and the Federated States of Micronesia, the first time an American chief executive has done so.

The 13 million people and the 16 nations “are roaring back into thinking” not only in the U.S. but also in Australia, “because of the Chinese,” Jonathan Pryke, of the Canberra-based Lowy Institute, said at the CSIS event.

Australia is traditionally the largest trading partner with these nations; but increasingly Canberra has coordinated with the United States, Japan, the United Kingdom and France in development projects in the region.

Over the last three years, the nations have become more watchful when it comes to entering contracts with the People’s Republic or companies based in China because of its balloon-payment loans and shoddy construction, Amy Searight, CSIS’s expert on Oceania, said. The Oceana nations are shopping around for better partners in long-term relationships.

However, she said there is no question that “the presence of China is profound” through its lending practices for development, major infrastructure projects from highways to airports under the One Belt, One Road initiative, visibility of businesses and banks in the capital cities and the influx of Chinese labor and managers.

Beijing has “put down deep roots,” but still lags behind Australia, the United States and Japan in investment in the 16 nations, Searight said.

What had been “a gold rush” of contract-signing with Beijing has slowed for a number of reasons. The Chinese have made “big, big pledges and up to now but little delivery,” Searight said. Now nations realize they can reach better agreements and have better results in signing development deals with other countries than China.

The White House’s policy is to stress the sovereignty of the island nations and the importance of the rule of law, governing territorial claims, mineral development, fisheries, and contracts, said Alex Gray, a member of the National Security staff concentrating on the region.

The U.S. stresses to island nations that their agreements need to “have clear, understandable clauses that every government understands when they sign” a development deal.

“We’re focused on what do these islands want out of development,” Gray said.

Much of what the islands want involves trade. America is now the largest market for Fijian goods — and it started with water, Mara said. The U.S., with Hawaii and its territories Guam and Samoa, “are part of the region [and] you should not act as strangers,” Mara said.