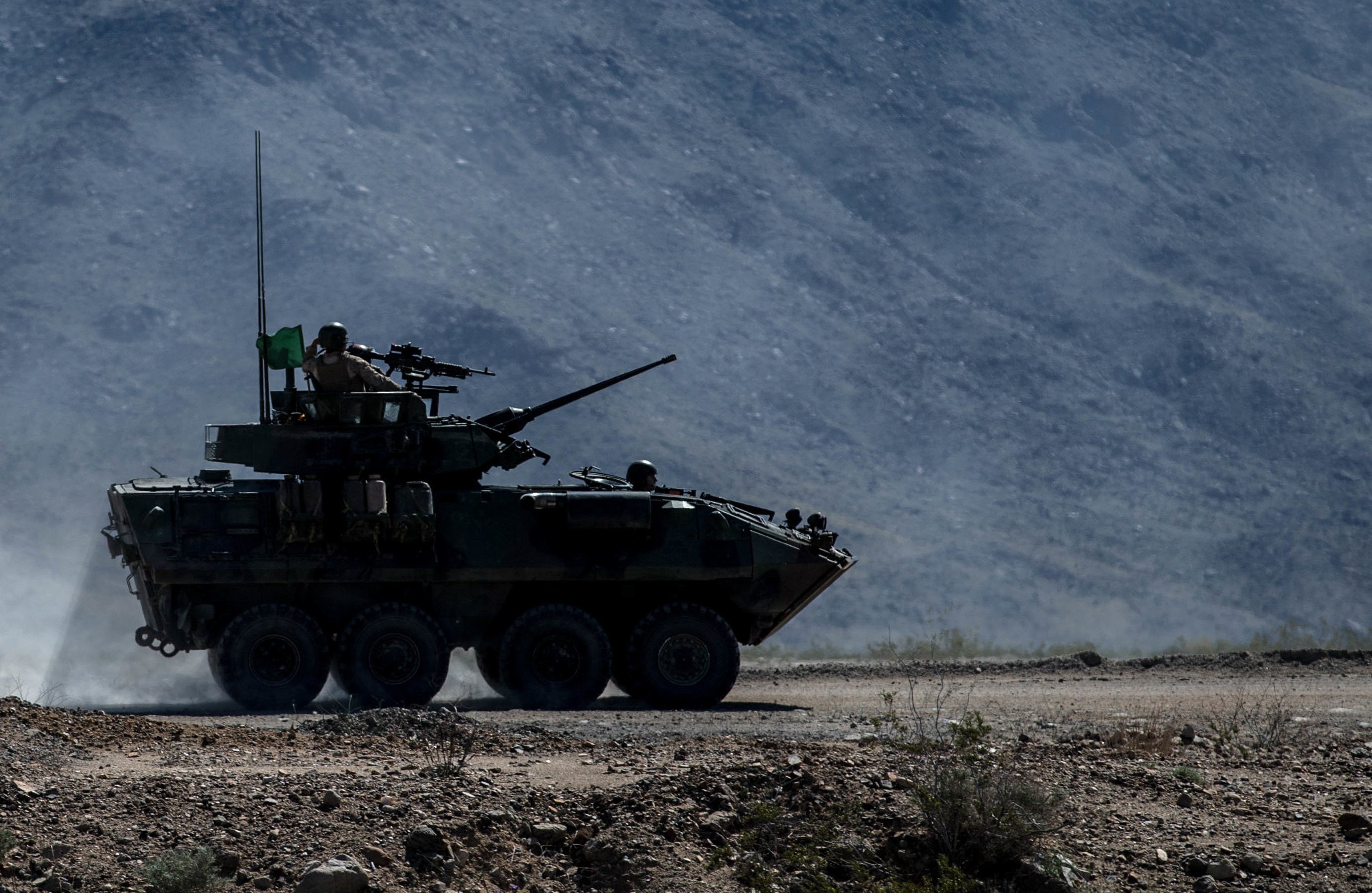 This post has been updated with the identity of the Marine who was killed in the rollover.

The Marine Corps is looking into what caused the fatal rollover of a light armored vehicle on Thursday at Camp Pendleton, Calif., that left one Marine dead and injured six others.

The Marines, who belong to 1st Light Armored Reconnaissance Battalion, were doing training at the time when the rollover happened at about 9 a.m. Thursday, according to the 1st Marine Division.

“We recognize that military operations are inherently dangerous and we take extreme precautions to ensure the safety and welfare of our Marines. This is a tragic accident and we are heartbroken at the loss of a member of our Marine Corps family,” division officials said in a news release. “We will do all we can to comfort the family, friends and colleagues of Lt McDowell.”

McDowell, of Washington, D.C., was commissioned on May 5, 2017. His awards include the National Defense Service Medal and the Global War on Terrorism Service Medal.

The six other Marines, none who was seriously injured, were evacuated to Scripps Memorial Hospital in La Jolla, officials said. “At least three” of the injured Marines were released from the hospital as of last night, Edinburgh said. An update on their condition and status and the name of the deceased Marine would be released later today, he added.

The death is the second involving a tactical vehicle mishap at the large training base, north of San Diego, in the past month.

A Marine Raider, Staff Sgt. Joshua Braica, 29, was seriously wounded on April 13 when the MRZR tactical vehicle he was driving rolled over and died of his injuries the following day, Marine Corps Special Operations Command officials announced.

Braica, of Sacramento, Calif., was a critical skills operator with Camp Pendleton-based 1st Marine Raider Battalion. He was married and had a son, according to MARSOC.

The Marine is the eighth to die on duty this year, following Braica, three Marine reservists who were killed in a roadside bomb in April, two who died in an AH-1Z Viper helicopter crash in March and a Marine who was shot while on guard duty in Washington, D.C., in January.