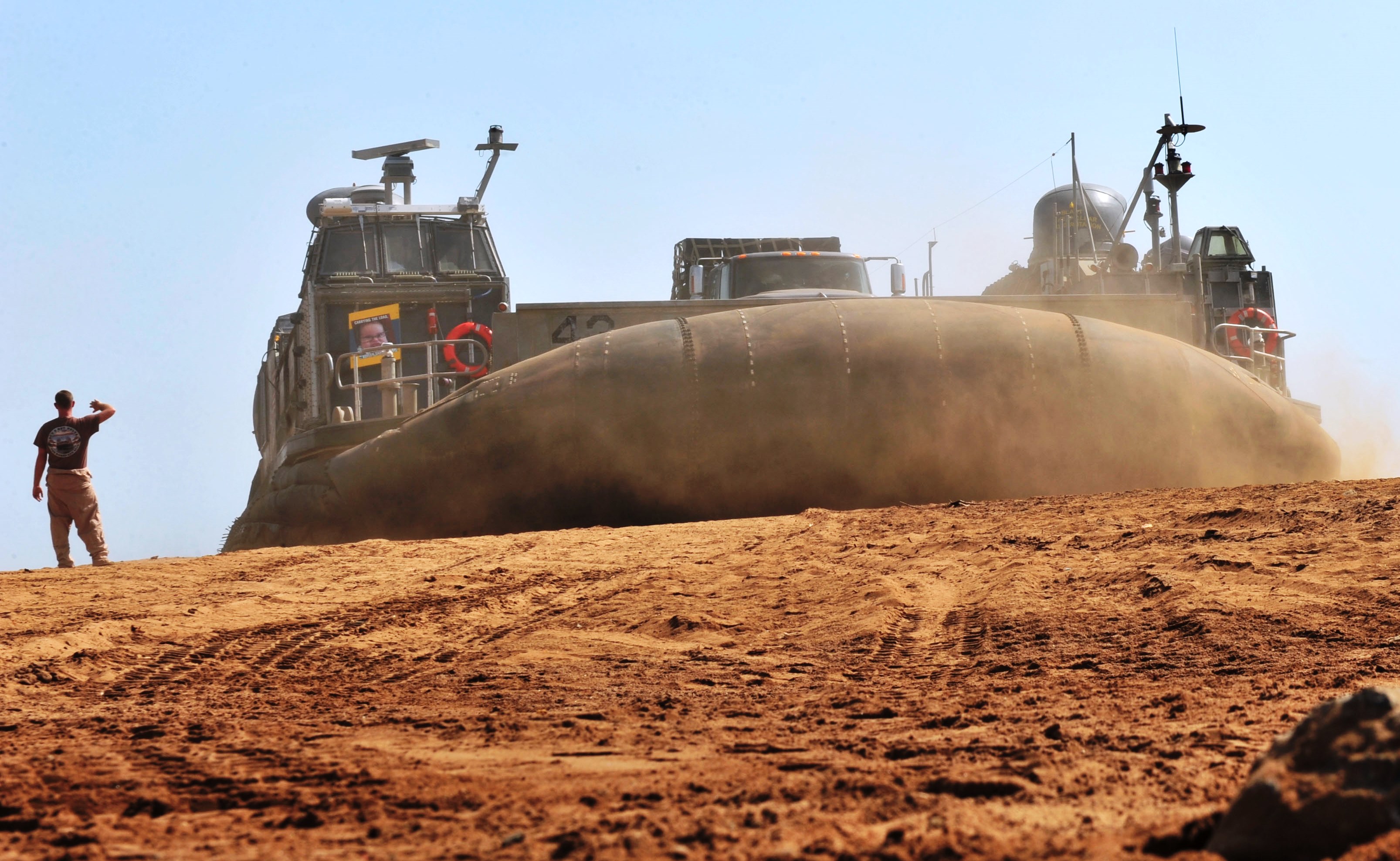 Camp Lemonier, the American base in Djibouti, is becoming more integral to U.S. interests in the volatile region surrounding the Red Sea, a leading regional expert said Thursday.

The Red Sea sees energy flow eastward to China and Japan while rice, other foods and manufactured goods flow westward to the Suez Canal on its way to the Mediterranean. The region presents an excellent opportunity for the United States “to have a unifying role,” for the maritime transit path, Zach Vertin, a fellow at the Doha Center of Brookings Institution, told USNI News on Thursday.

Speaking after a Brookings Institution forum on the Red Sea, Vertin said the United States had been focused early on ensuring freedom of maritime movement from its leading role in anti-piracy patrols and keeping the 15-mile-wide chokepoint at Bab al Mandab open during the continuing civil war in Yemen.

In short, what is happening is “two distinct regions are fast becoming one across the shores of the Red Sea,” he said at the forum and in conversation with USNI News.

“What we’re seeing is … some new fault lines” Alex Rondos, the European Union’s special representative to the Horn of Africa, added during the session. In the past, “there was coexistence” of Christian and Muslim, but this is changing in “a profound shift of religious cultures.”

Their models of government ranged from kingdoms and emirates like Saudi Arabia and the United Arab Emirates to autocrats like deposed Sudanese leader Omar al-Bashir to emerging popular governments like Ethiopia’s. They have been engaged in long, bitter civil wars — like Yemen and Sudan and Ethiopia — with devastating consequences for civilian populations and setting off mass migrations for safety.

Now, there are new economic possibilities through Chinese, Western, Turkish and Gulf Cooperation Council investments. At the forefront are the Arab gulf states. From the more than decade boom in energy prices that ended in 2014, they have the cash and the agility to act quickly to invest, the panelists agreed.

But that support “can turn on a dime,” if the recipient takes a political stance from the lender, say supporting Qatar when that is at odds with the gulf council, Karen Young, of the American Enterprise Institute, said. The result could bring a major project quickly to an end, uncompleted and riddled with debt.

Across the Red Sea region, when that happens, the EU and the United States are seen as “good nutrition when others are offering cocaine,” Rondos said. “That’s my worry here” nations needing investments become addicted to those kinds of lending practices and political whims.

The former French colony Djibouti offers possibly the best view of the coming together of commerce, security and foreign presence. Joining the Americans in Djibouti are two Indo-Pacific powers — Japan and China, which now has its first overseas base. Both came to the Horn of Africa to participate in the maritime patrols to rein in pirates, primarily operating from Somalia. The Chinese also use their facility as a logistics hub for its peacekeepers on the continent.

While the presence in Djibouti of military personnel from Japan, France and Italy is not well known to Americans, China’s has drawn increased attention and concern in Washington. That visible presence of the two great powers in such a small place “is a test case for China and a test case for us,” Vertin added in operating close by without falling into conflict.

Rush Doshi, a specialist in Chinese military and diplomacy at Brookings, said Beijing believed because so many other nations were already there Djibouti is was “a less provocative place to be” rather than establish a new presence in a different location. It was their “least provocative option,” and they took it but refused to designate it publicly as a military base.

Some diplomats, like Rondos, call the establishment of bases, investment in large-scale infrastructure projects such as railroads and the buying and operating of ports as “the new scramble for Africa,” similar to the British and French quest in a previous era to claim vast swaths of the continent as colonies.

“Either [the African countries on the Red Sea, including Ethiopia which is 60 miles from the water] gather themselves … or they will be pulled apart” as Central and Southern Africa were in the 19th century, he said.

The risk in today’s “scramble” is, in Vertin’s words, “Middle East rivalries are played out in a new region” through a proliferation of foreign-controlled commercial ports and military bases.

The Emirates’ goal: “shaping maritime trade in the Western Indian Ocean. They see Chinese trade booty coming;” and if that holds, “Djibouti is not on that route.”

Gulf states, including Saudi Arabia, have “deep pockets and big appetites” when it comes to controlling territory, Vertin said in the forum. “The question for African states is: can they harness those appetites?”

“This is the 1989 moment” for African nations on the Red Sea, Rondos added. He was referring to the fall of the Berlin Wall and the eventual dissolution of the Soviet Union. In Sudan and Ethiopia, a total of about 150 million people live in nations where autocratic leaders were recently removed from power, “people want to see dividends [of good government] right now.”