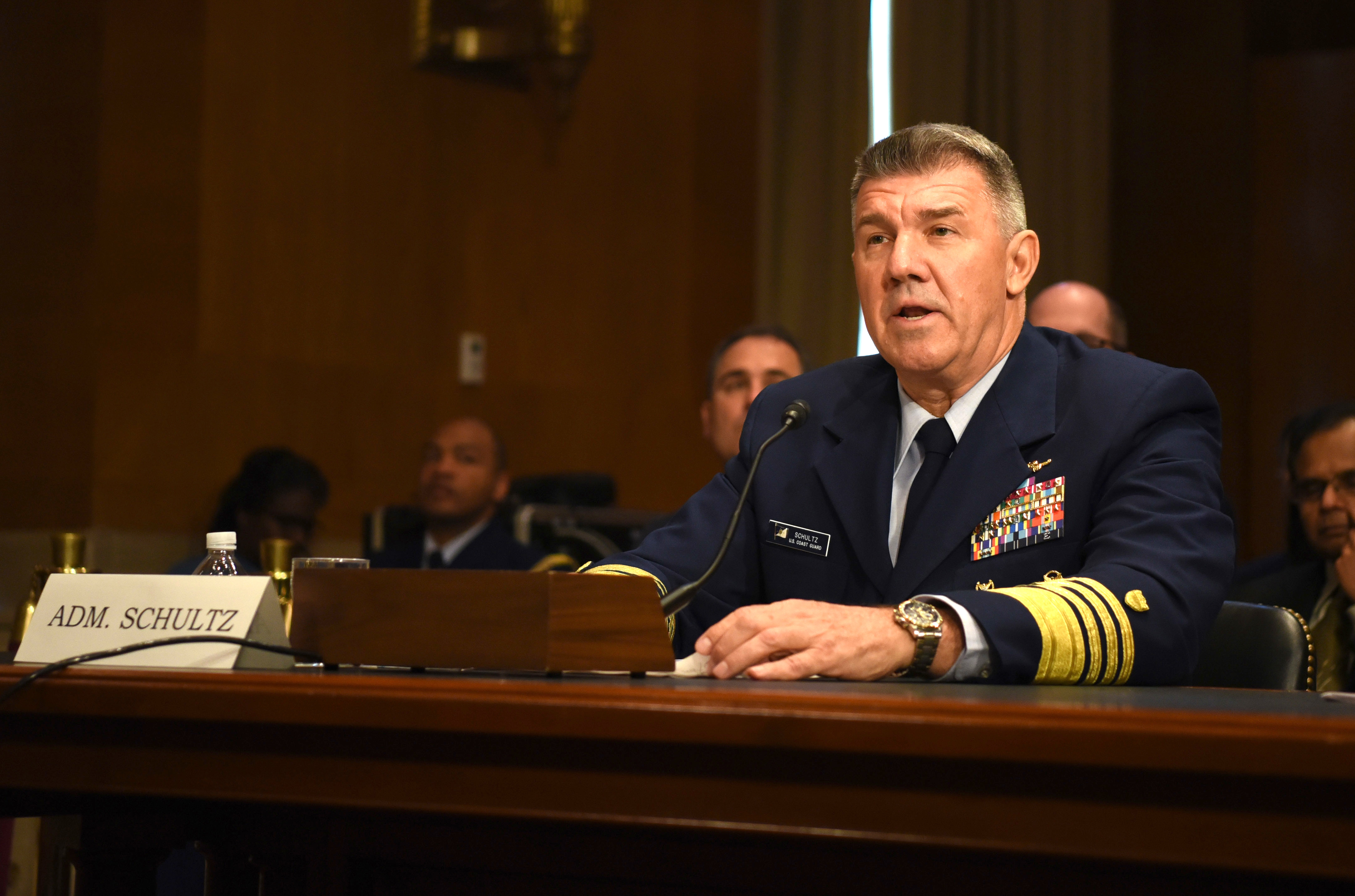 Unlike the other military services, the Coast Guard has not received budgetary relief to eliminate its maintenance backlog and keep cutters on patrol and helicopters flying or to address aging infrastructure problems pier-side, the commandant of the Coast Guard told a House panel on Tuesday.

While there has been money earmarked for the new polar security cutter and 25 offshore patrol cutters, the Coast Guard needs to emphasize readiness in the $11.3-billion request for the coming fiscal year, Adm. Karl Schultz said before the House Homeland Security transportation and maritime security subcommittee.

“We’re at a tipping point of sorts,” Schultz added, because the Coast Guard not only faces out-of-date maintenance facilities that hurt operational readiness but is also “categorized as non-defense discretionary spending” and therefore has a harder time securing additional funding to address those readiness barriers.

What that designation of “non-defense” means is when Congress agrees to spending above the Budget Control Act’s caps for the Pentagon, the Coast Guard, under the Department of Homeland Security, does not share in the increase.

“We’ve lost about 10 percent of purchasing power” since the Budget Control Act’s enactment in 2011 put the division between defense and non-defense spending into law, Schultz said.

At the same time, the Coast Guard “has a growing defense commitment,” he said, citing its operations in the South China Sea enforcing United Nations sanctions against North Korea and anti-smuggling operations in the Pacific and Caribbean.

“The Coast Guard is locally based [but] with global responsibility,” he said.

When asked about capital programs, Schultz said, “we’re only one major accident away” from not having any heavy icebreaking capability. He then ticked off for the panel minor problems that USGC Polar Star (WAGB-10) has experienced this year in the Arctic and Antarctic missions, but he said he expected to award a contract for the next heavy icebreaker in a month. Delivery is expected in 2023.

Also next month, the service will unveil its revised Arctic strategy, he added.

As for other vessels required for an expanding mission for defense and homeland security, the Coast Guard “needs 25 Offshore Patrol Cutters now.” These vessels are the bridge in capability between the National Security Cutters working the open oceans and ones patrolling closer to shore. The first Offshore Patrol Cutters are expected to be delivered in 2021.

“Congress has been very supportive of critical programs” like the heavy icebreaker, National Security Cutters and now the Offshore Patrol Cutters in the past few years, he said.

While his requests were greeted warmly by the subcommittee Tuesday, some, like chairman Rep. Lou Correa (D-Calif.), were skeptical that the submitted budget could address readiness and modernize the Coast Guard at the same time.

Schultz heard much the same refrain before the House Appropriations Committee a few weeks ago.

Correa said in his opening remarks, “this budget proposal [for the Coast Guard and Transportation Security Administration] is dead on arrival.” He cited the president’s repeated requests on providing money for a border wall between the United States and Mexico at the expense of other Homeland Security programs as the reason.

“The president proposes cutting over a billion dollars from the TSA and Coast Guard budgets to pay for the wall,” Correa said.

The hearing also addressed the impact of the 35-day government shutdown, during which time only some parts of the government were closed and Coast Guard personnel were asked to continue conducting their missions while not being paid.

“I think we weathered through that,” Schultz said, but admitted “shutdowns are challenging.”

The shutdown raised questions about the service’s overall readiness, its procurement programs – especially the heavy icebreaker – and its ability to attract and keep qualified members in its uniform force of 41,500 active duty and 840 civilians.

Schultz noted the Coast Guard has the highest retention level of all the services – 40 percent of enlisted recruits stay for a 20-year career, and 60 percent of the officers stay that long.

“We are bringing more recruits through the gates at Cape May [N.J., Training Center],” and their quality remains high.