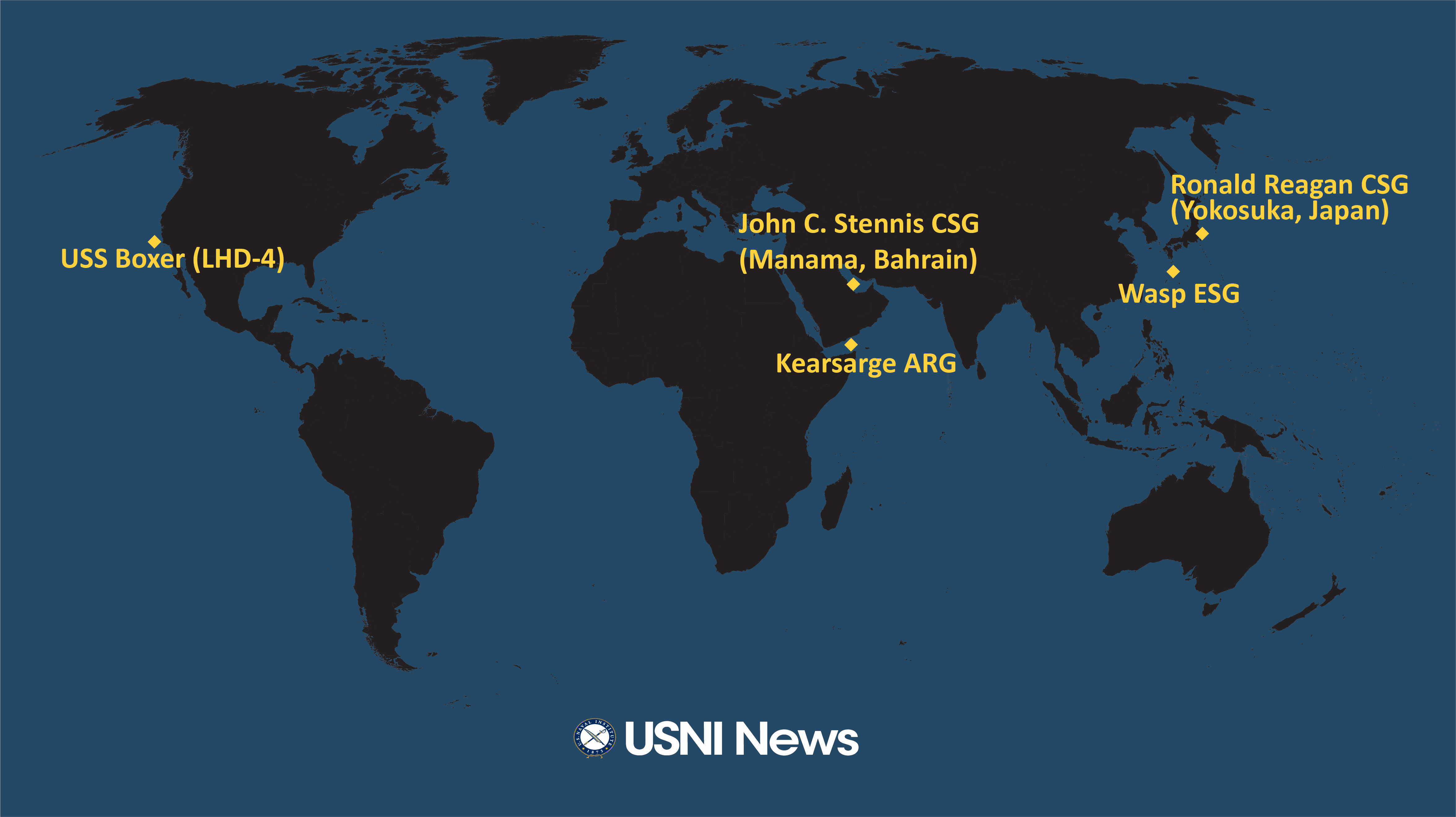 These are the approximate positions of the U.S. Navy’s deployed carrier strike groups and amphibious ready groups throughout the world as of March 25, 2019, based on Navy and public data. In cases where a CSG or ARG is conducting disaggregated operations, the chart reflects the location of the capital ship. 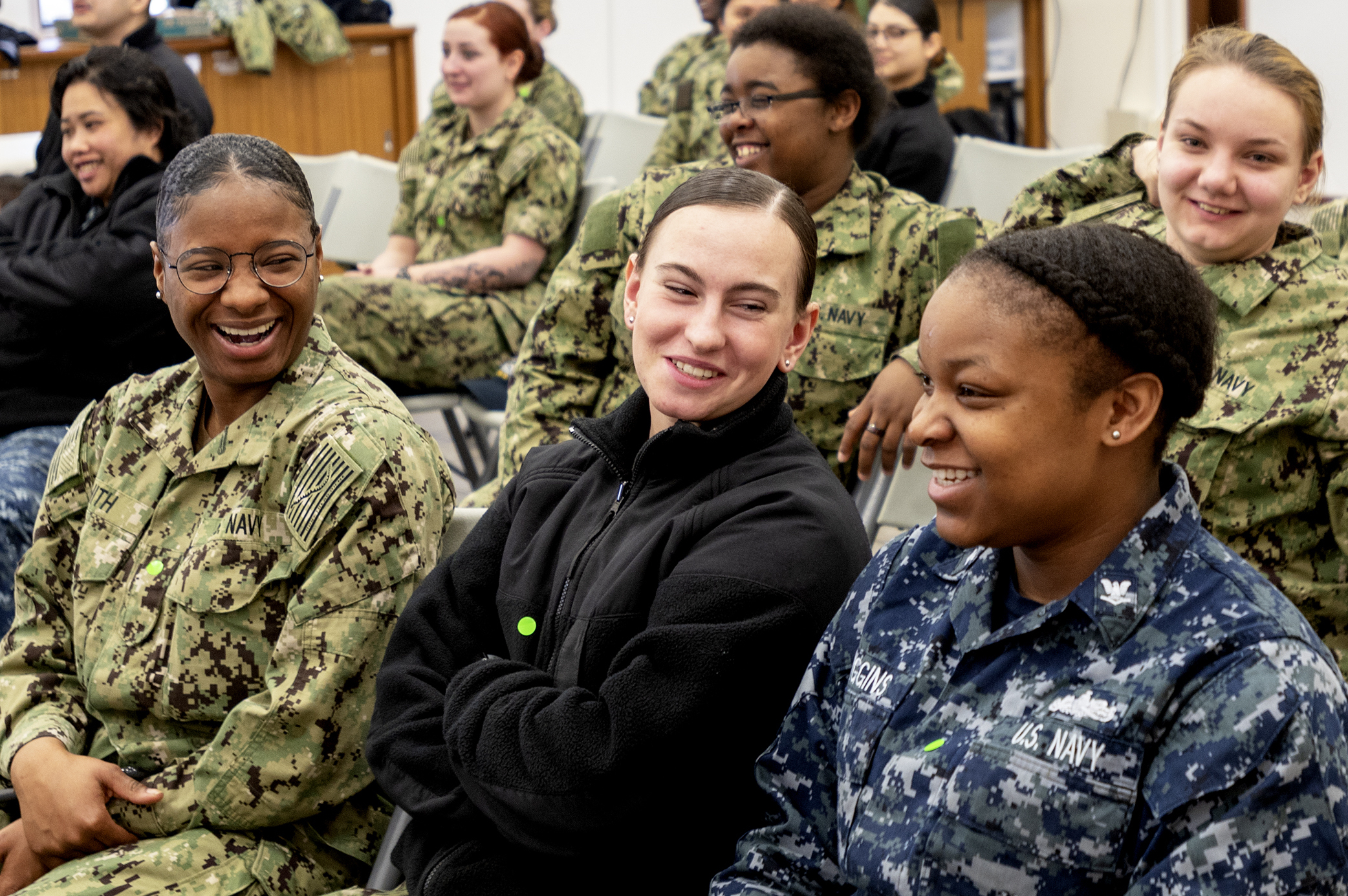 Sailors during a Women’s History Month symposium in Yokosuka, Japan, on March 13, 2019. The symposium was organized by sailors from USS Ronald Reagan (CVN-76). US Navy Photo

The Ronald Reagan Carrier Strike Group (CSG) is in its homeport in Yokosuka, Japan. 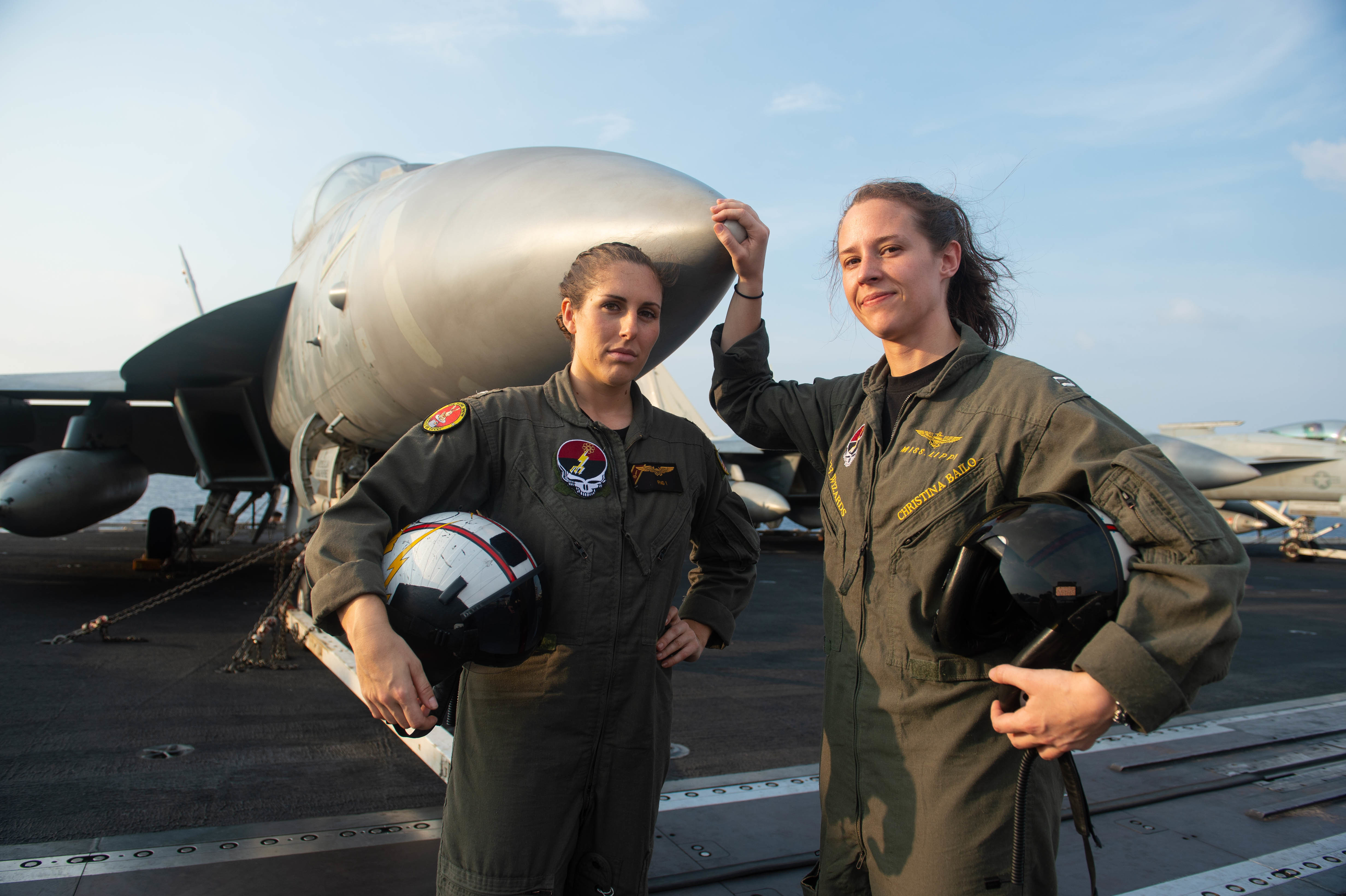 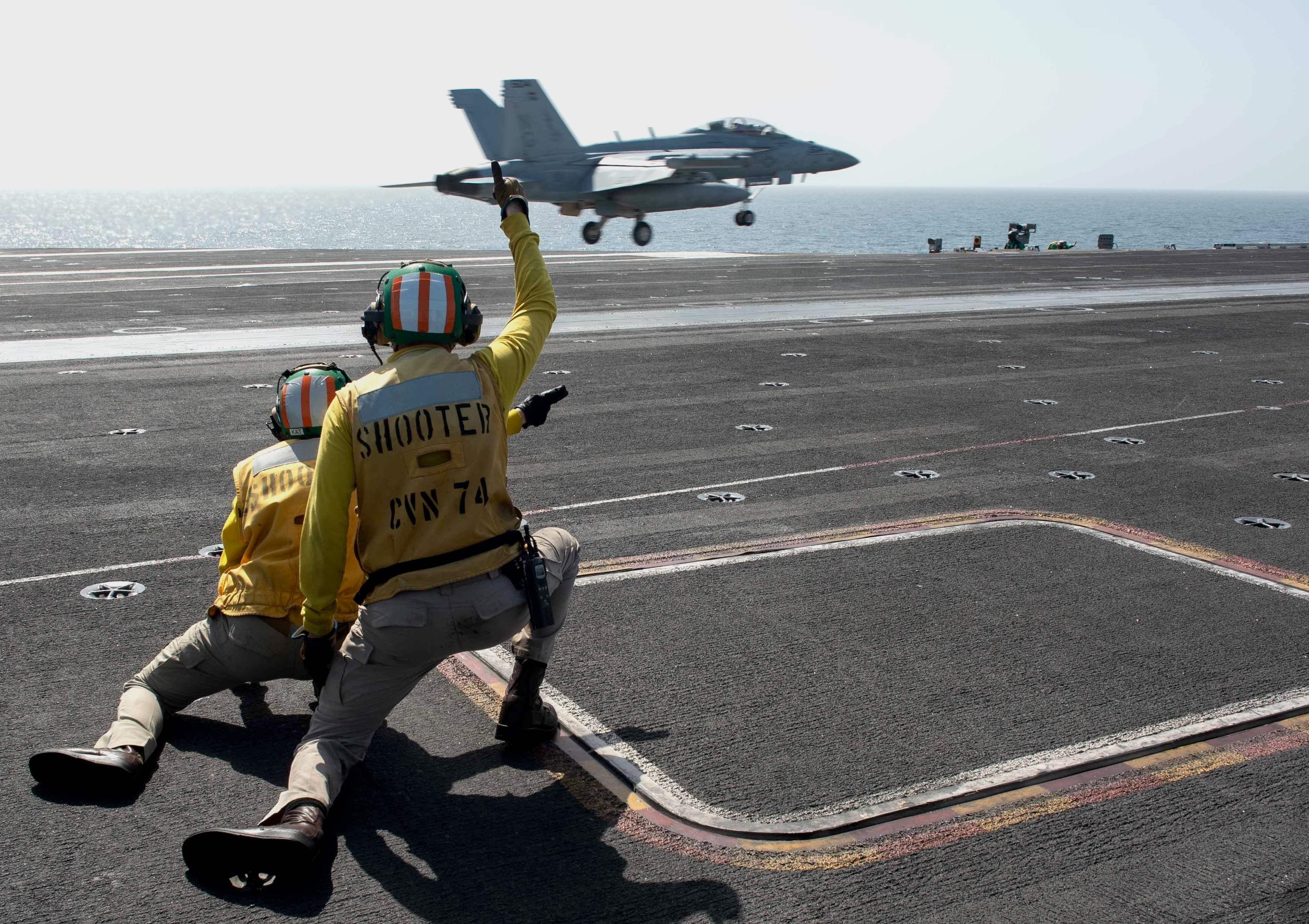 U.S. Navy Lt. Cmdr. Dan Russell, back, from Troy, N.C., and Lt. Kat Wallace, from Virginia Beach, Va., direct an aircraft to launch as an EA-18G Growler, assigned to Electronic Attack Squadron (VAQ) 133, launches from the flight deck of the aircraft carrier USS John C. Stennis (CVN-74) in the Gulf of Oman on March 19, 2019. US Navy Photo 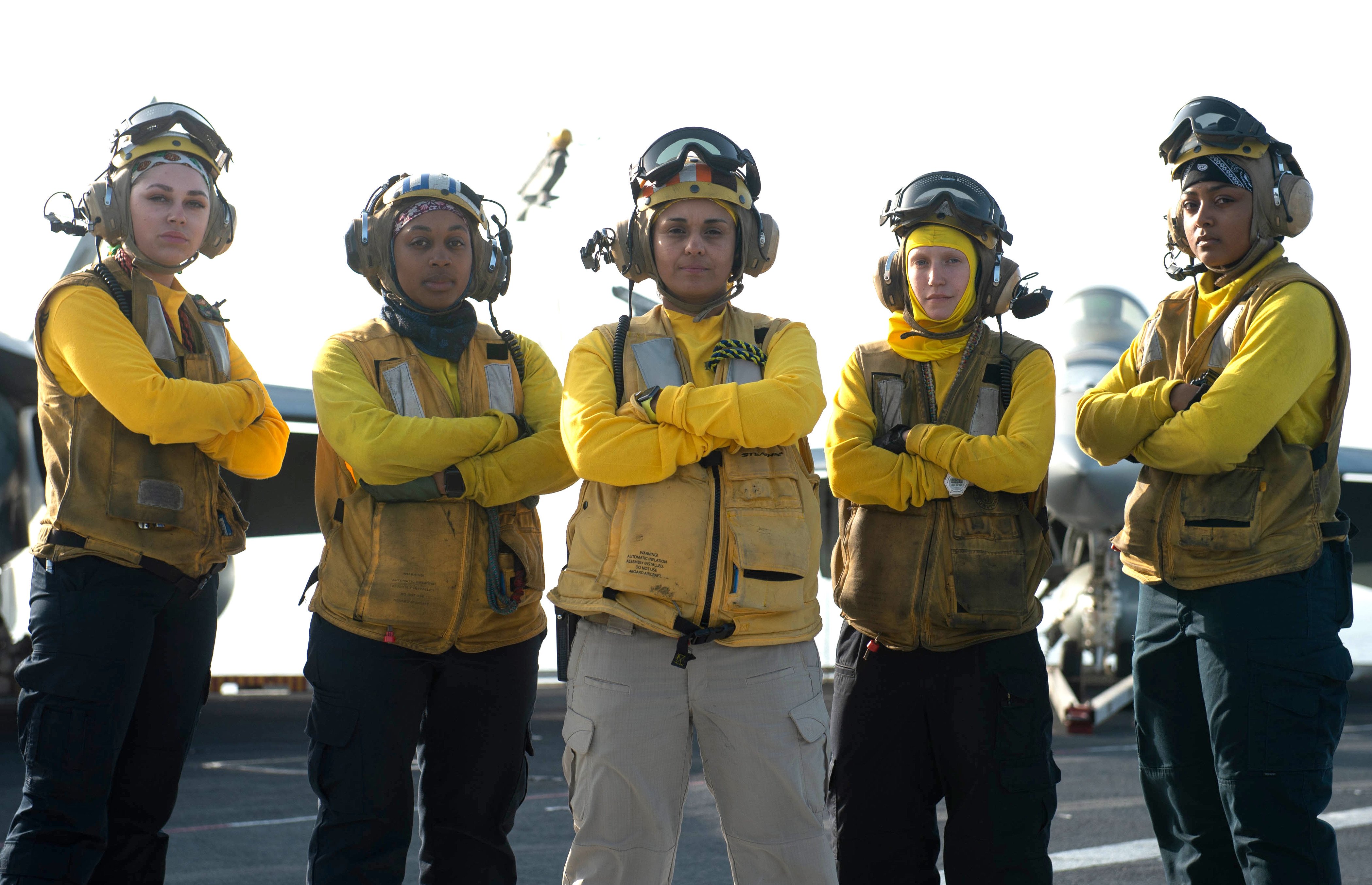 Chief Aviation Boatswain’s Mate (Handling) Sofia Gonzales, center, from Cotulla, Texas, poses with divisional Sailors for a portrait aboard the USS John C. Stennis (CVN-74) in the Gulf of Oman during Women’s History Month on March 19, 2019. US Navy Photo

CVW 9, based at Naval Air Station Lemoore, Calif., is embarked aboard Stennis and includes a total of nine squadrons and detachments: 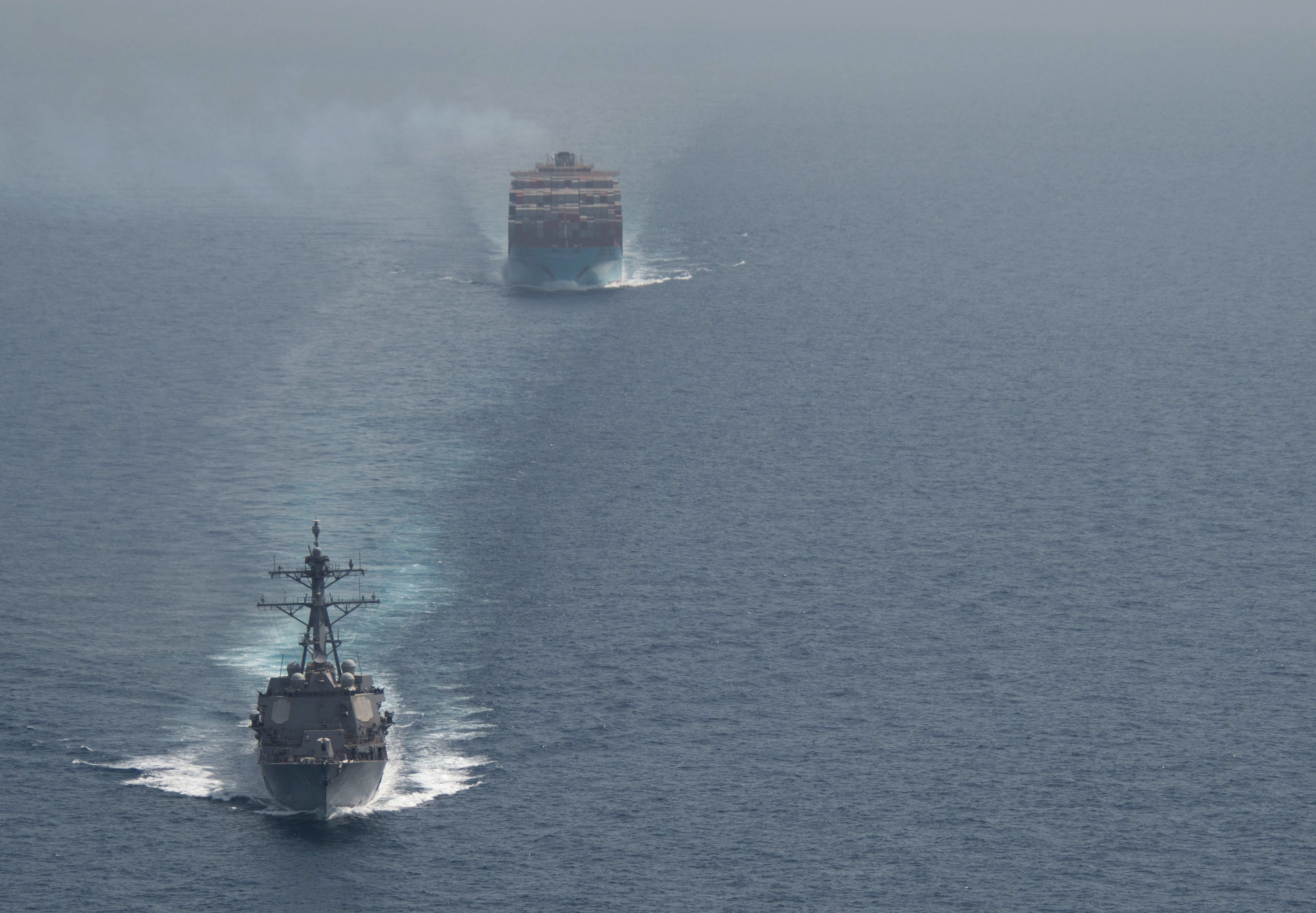 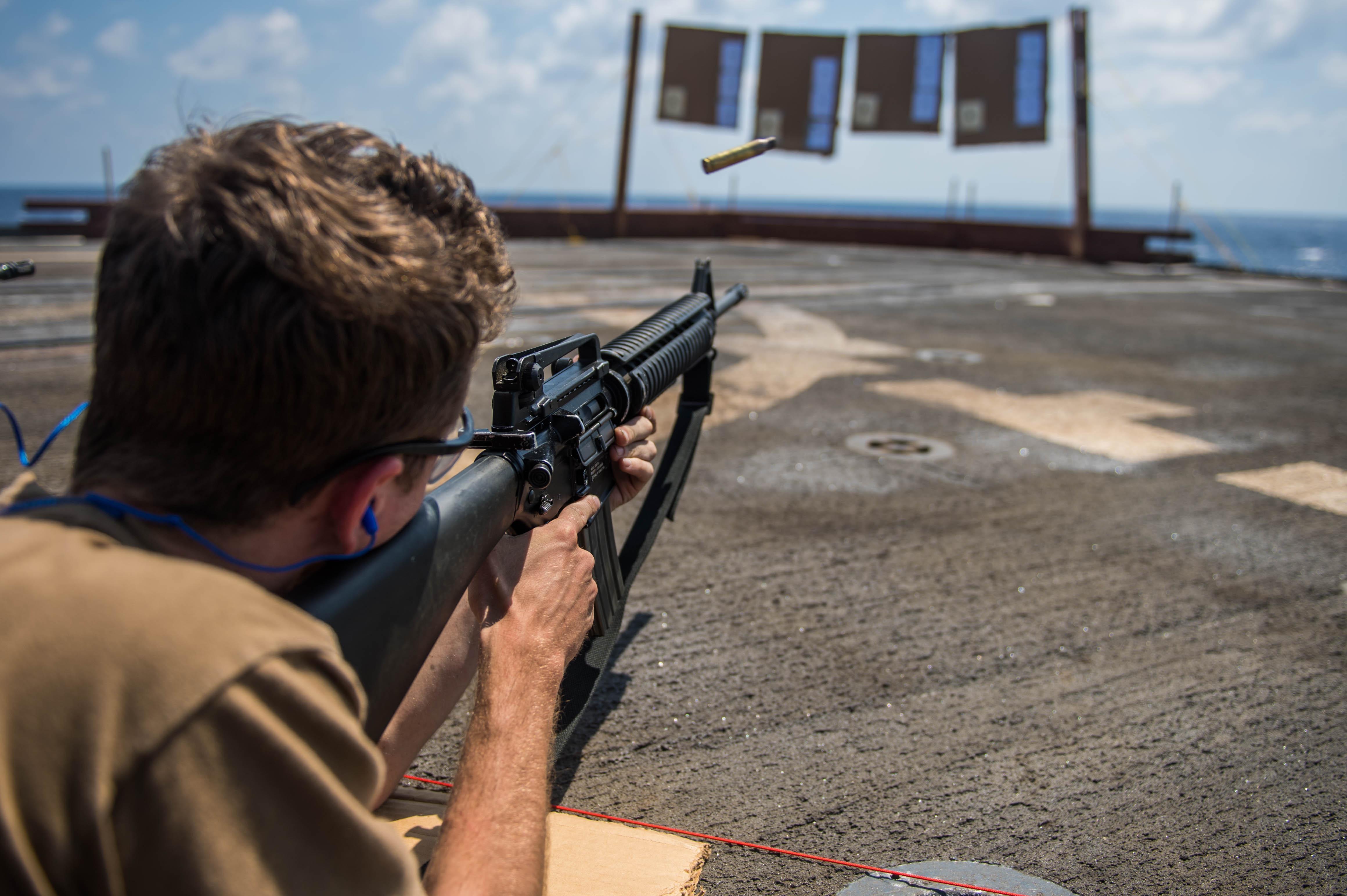 Quartermaster Seaman Christian Fink, from Oak Harbor, Wash., fires an M4 rifle during a small arms qualification on the flight deck aboard the guided-missile cruiser USS Mobile Bay (CG-53) in the South China Sea on Feb. 26, 2019. US Navy Photo 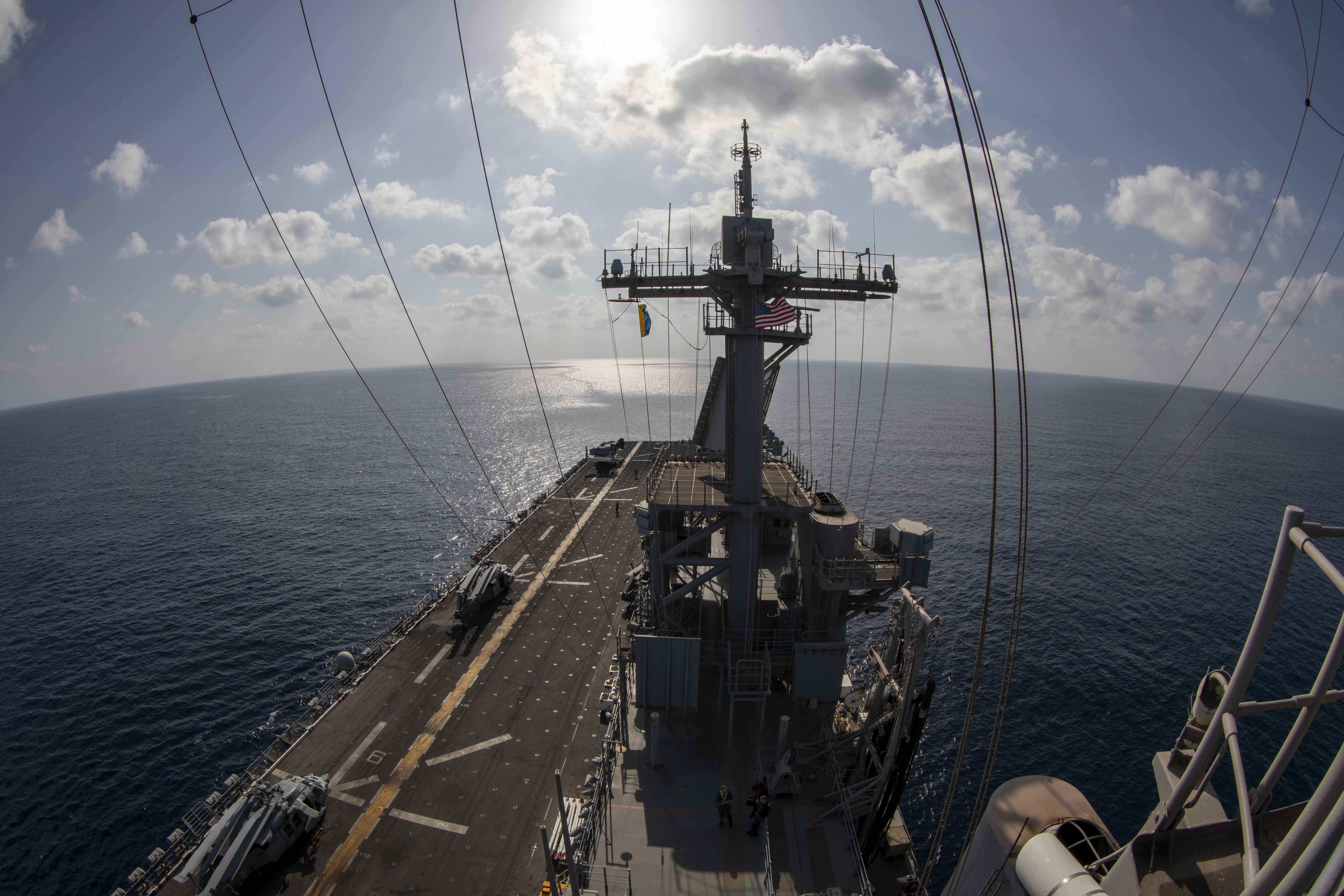 The Kearsarge Amphibious Ready Group (ARG) with embarked 22nd Marine Expeditionary Unit (MEU) is in the Gulf of Aden.

The ARG is led by Wasp-class amphibious assault ship Kearsarge and includes amphibious transport dock USS Arlington (LPD-24) and dock landing ship USS Fort McHenry (LSD-43), according to the Navy. The more than 4,500 sailors and Marines left the East Coast on Dec. 17. The deployment will likely include operations in Europe and the Middle East.

USS Boxer (LHD-4), with elements of the 11th Marine Expeditionary Unit (MEU) embarked, is underway for training in the Southern California Operating Areas. 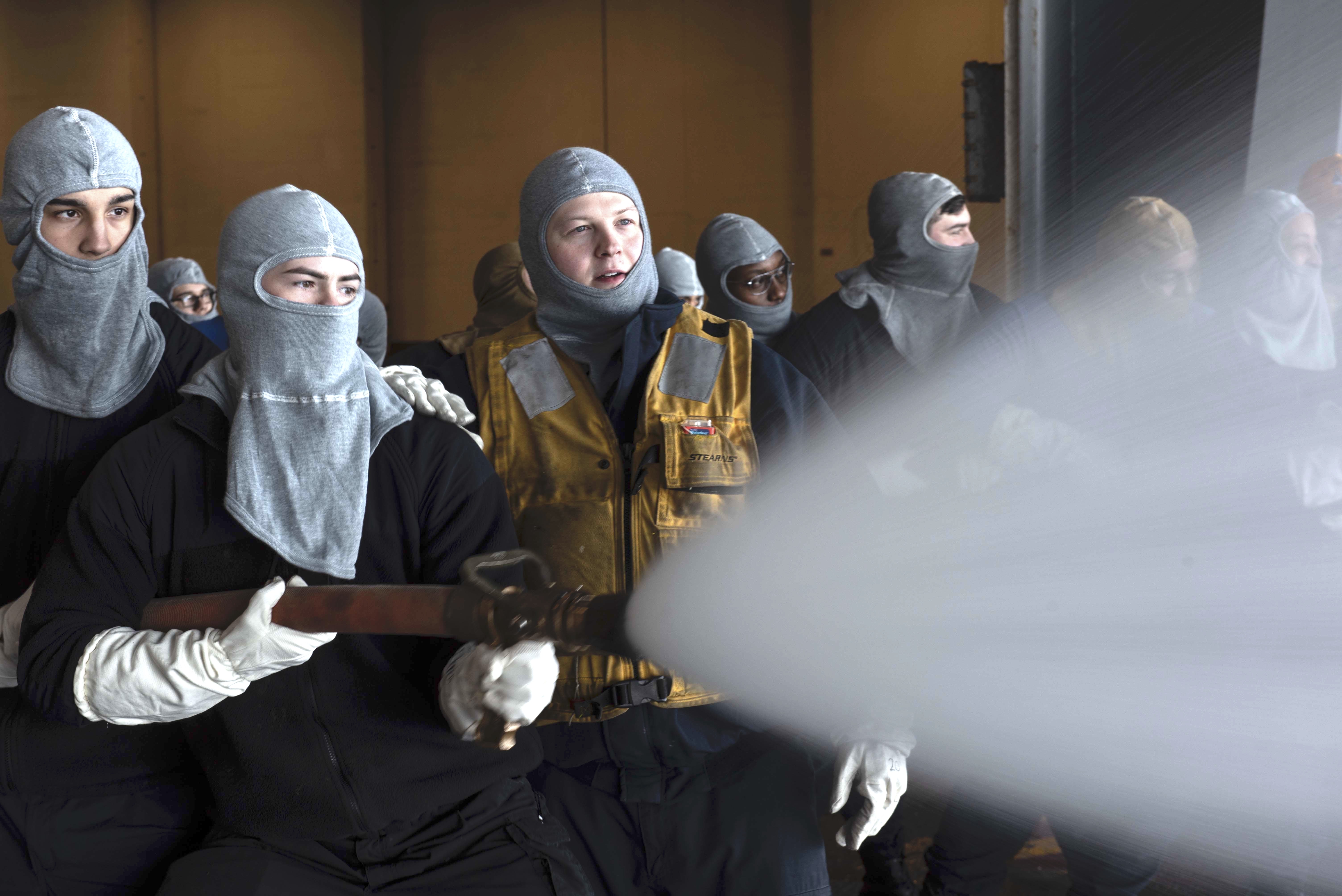 Sailors discharge a fire hose during a general quarters drill in the hangar bay aboard the Nimitz-class aircraft carrier USS Harry S. Truman (CVN-75) on March 20, 2019. US Navy Photo