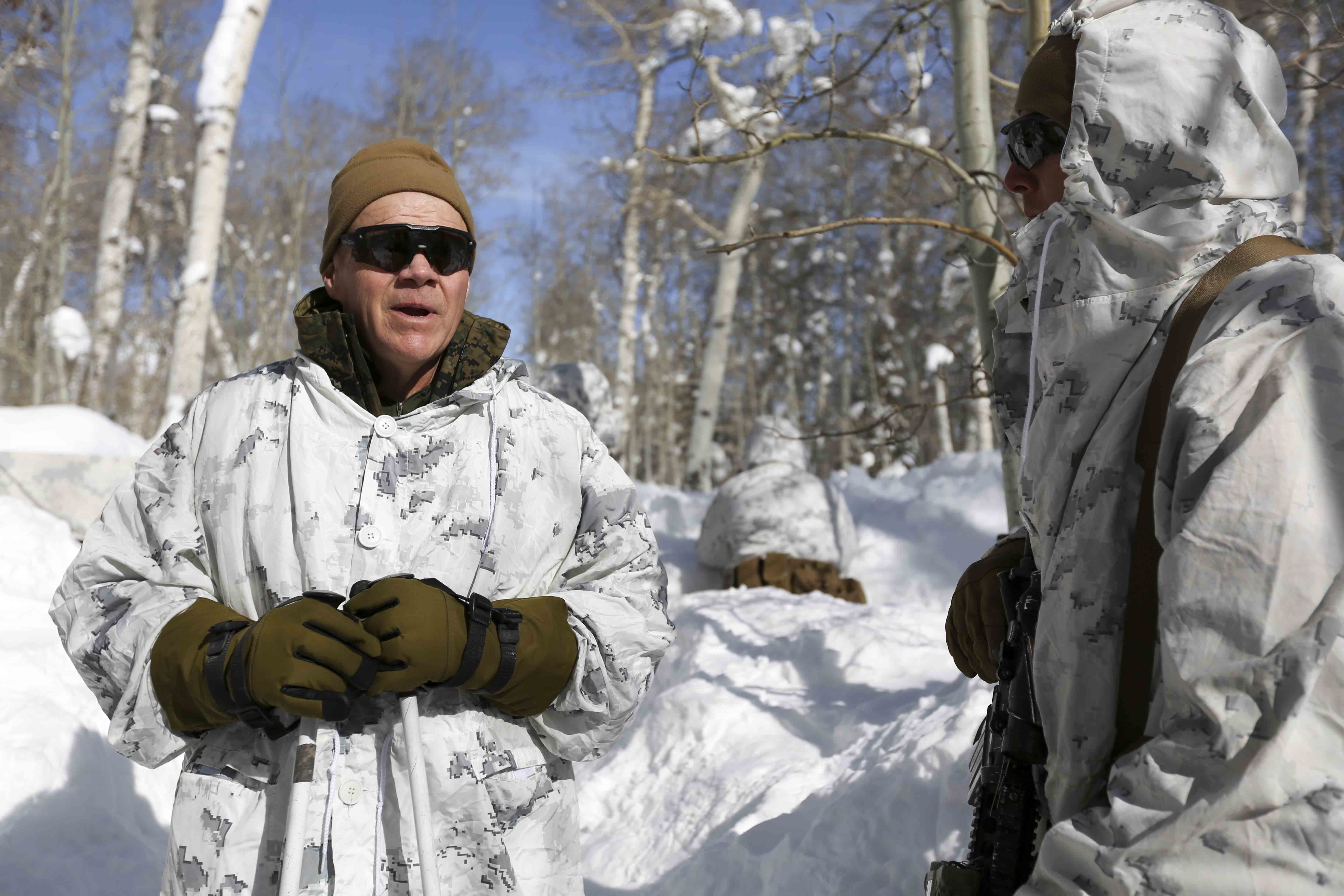 This post has been updated to include a statement from Navy Secretary Richard V. Spencer.

The Marine Corps is facing “fiscal challenges without precedent” this year due to unexpected expenses forced on the small service by the Pentagon, the White House and Congress, and the commandant is looking to the secretary of the Navy for help.

In a March 18 memo, Gen. Robert Neller outlined how these costs levied by outside organizations – plus the bills to repair damage from Hurricane Florence – will force the Marine Corps to make decisions that hurt combat readiness. Aspects of the memo were first reported by The Los Angeles Times.

“Mr. Secretary, I am writing to seek your assistance in rectifying FY-19 budget shortfalls for the Marine Corps. As you know, the Marine Corps faces fiscal challenges without precedent. The inability to reprogram money and the lack of a supplemental for Hurricane Florence damage is negatively impacting Marine Corps readiness,” Neller wrote to Secretary Richard V. Spencer.
“While FY-19 was supposed to be a ‘good year’ given an ‘on-time’ enacted budget and higher topline, those positive attributes are now overcome by the negative factors below, imposing unacceptable risk to Marine Corps combat readiness and solvency.”

Hurricane Florence hit the Carolina coast in September 2018, after the Fiscal Year 2019 budget had already been passed but before the fiscal year began, and stalled over Marine Corps Base Camp Lejeune, causing about $3.5 billion in damage to one of the Marines’ most important installations. Neller told USNI News last month that the Marine Corps could not absorb these costs on its own, and that “if we have to pay that ourselves, it’ll take the [military construction] budget of the Marine Corps for probably the next four years” and leave the service unable to pay for other priorities.

But the Marines’ fiscal problems don’t stop there. According to Neller’s memo, several unbudgeted costs were forced on the Marine Corps, including:

Though it remains unclear which projects will be cut or delayed due to military construction funds being taken to support the border wall, it is clear that the loss of up to $3.6 billion in military construction funds makes it harder for the Marine Corps to lobby the Pentagon for a reprogramming request to help cover the Hurricane Florence damage or to cover the other unbudgeted expenses forced on the service during this current fiscal year.

“It now appears that neither [request] will clear with Congressional approval,” Neller wrote.”
“It has become clear that we must responsibly assume that, without your intervention, we will not receive any reprogramming relief in FY-19.”

Neller asks Spencer to lobby the Pentagon and Capitol Hill for a reprogramming that would cover $217 million to address the unplanned costs, and to help reiterate the $849 million the Marine Corps needs in an emergency disaster relief supplemental funding bill this current fiscal year to start addressing hurricane damage.

Asked about plans to address Neller’s memo, Spencer told USNI News in a statement today that, “as part of normal business operations, I regularly ask the Commandant for comprehensive descriptions of budgetary pressures currently facing the Marine Corps in Fiscal Year 2019. Unplanned expenditures such as urgent hurricane damage repair shortfalls require re-assessment of prioritization of funding. This working memo was sent to support the Department of the Navy’s assessment into how to best understand current cash flow implications.”

“By looking to manage risk across our portfolio, we must prioritize and sequence funding based on mission needs and demands,” Spencer continued.
“When doing so, I must be aware of timing and program impacts to current shortfalls. I will continue to seek and welcome frank and best military advice from the service chiefs and my commanders.”

Due to lack of funding, the Marine Corps has already decided to cancel Exercise Midnight Sun in Alaska and reduce the scope of Exercise Northern Edge even as the Marine Corps is looking to expand its Arctic operations and exercises, in accordance with priorities laid out in the National Defense Strategy. II Marine Expeditionary Force, based at Camp Lejeune, has canceled its participation in Exercise Joint Warrior 1-19 in Scotland and canceled much of its involvement in Integrated Training Exercise 3-19. Additionally, $6 million of planned combat equipment maintenance that would take place in April has been canceled.

Without any intervention from Spencer, Neller writes, the Marine Corps would make further cuts, including canceling another Arctic exercise, Arctic Expeditionary Capabilities Exercise; descoping or cutting a slew of exercises and training events with Pacific partners such as Indonesia and Australia; cutting an additional $2 million in ground combat equipment maintenance; and canceling Marine Corps Reserve unit mobilizations.

“The overall impacts of these cancellations and expected cancellations will result in three extremely negative impacts to the joint force,” reads Neller’s memo.

“a. Combat readiness – Cancelled training and exercises in Twentynine Palms, Alaska, Scotland, or any other local training area will degrade the combat readiness and effectiveness of the Marine Corps. Marines rely on the hard, realistic training provided by these events to develop the individual and collective skills necessary to prepare for high-end combat, while simultaneously building the experience and leadership of the [non-commissioned officers], [senior NCOs], and junior officers who will lead our Marines into harm’s way. Although some effects can be mitigated, the experience lost by these units at a critical time in their preparation cannot be recouped.

b. Strengthened alliances and partnerships – Marines will not participate in exercises in Indonesia, Scotland, and Mongolia, and will reduce participation in exercises with Australia and the Republic of Korea at a time where we are attempting to double down on strengthening alliances and attracting new partners.