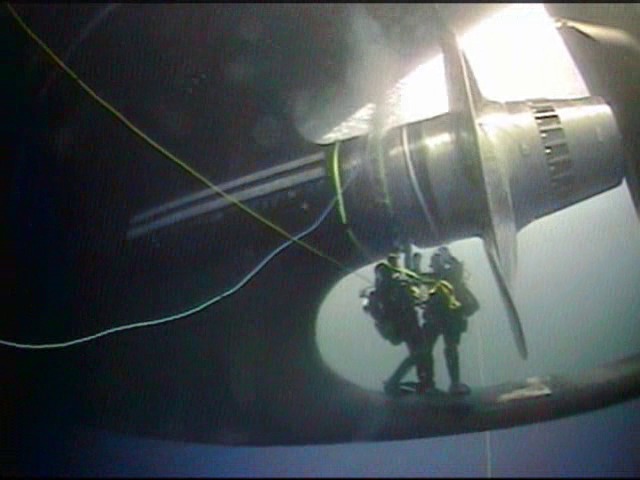 The Coast Guard plans to award a contract this spring to build a new heavy icebreaker, but Commandant Adm. Karl Schultz says today’s problems running the one decades-old icebreaker illustrate the fragility of the current polar icebreaking capability.

Each year, USCGC Polar Star (WAGB-10) runs a critical mission of breaking through miles of ice in the most unforgiving environment on the planet so that resupply ships can reach the U.S. National Science Foundation’s McMurdo Research Station, Schultz said.

His worst-case scenario for the mission – breaking down in the ice without the ability to repair or rescue Polar Star – almost came to pass a few weeks ago, Schultz said during his annual State of the Coast Guard address.

“In the midst of her successful mission, the Polar Star broke her centerline shaft shield, due to the stress of ice operations, allowing water to enter the ship,” Schultz said.

The U.S. doesn’t have a viable means of mounting a rescue mission. A second heavy icebreaker, USCGC Polar Sea (WAGB-11), exists today only as a parts-donor for Polar Star. A medium icebreaker, USCGC Healy (WAGB-20), can’t operate in Antarctica. This is why the Coast Guard needs to recapitalize its polar icebreaking capability.

“Every year I observe this type of innovation and dedication to mission excellence from the men and women aboard Polar Star,” Schultz said.

Three years ago, while breaking the ice on the way to McMurdo Station, Polar Star’s SUV-sized thrust bearing bracket suffered what the Coast Guard called “a catastrophic failure.” The bracket is a series of beams that hold the ship’s shaft that spins the ship’s propeller, and the failure required around-the-clock welding to repair, according to the Coast Guard.

Also, during the 2016 mission, one of Polar Star’s generators shorted out and started smoking. After a quick internet search, crew members were able to bring the generator back online by using a surfboard repair kit to fabricate a replacement part, according to the Coast Guard.

For years, Coast Guard leadership pressed the case for Congress to approve a Polar Star replacement program. The Coast Guard’s Fiscal Year 2019 includes $655 million to build its first new ice breaker in four decades, the first in a planned fleet of six Polar Security Cutters. The Coast Guard is also requesting more funding for FY 2020 to continue the program.

Meanwhile, Russia and China have for years expanded their Arctic fleets and bases, Schultz said. Their aim is to extend their access and influence to regions that are increasingly becoming more important as mineral wealth becomes more accessible.

“That’s why our polar security acquisition program is so critical to our national security and our prosperity in the high latitudes,” Schultz said. “Without this American presence on the continent, we cede American influence in the region. In the polar regions, presence equals influence.”