The Marine Corps’ counter-drone defense system is transitioning from an urgent operational need (UON) to a formal program of record, but the program is trying to retain its speed and agility as it moves into testing and fielding.

Last year the Marines spun the Ground-Based Air Defense portfolio into its own program office under the Program Executive Office for Land Systems, and this year the office is speeding towards a Milestone C decision by the end of the year to field its Marine Air Defense Integrated System (MADIS) system-of-systems approach to detecting and neutralizing enemy drones.

Program manager Don Kelley told USNI News that this system-of-systems approach will be the key to MADIS’ success: it will allow the program to speed up its test and evaluation by taking some credit for the components’ previous successful tests, and it will allow the program office to create multiple related variants of MADIS to address evolving threats. The Marines had planned to focus on a version that would be installed atop Joint Light Tactical Vehicles for mobile protection and at fixed sites to guard small forward outposts, but a growing need for counter-drone protection at Marine Corps installations back at home may force a second program of record for a larger base-protection system that could still leverage many of the same components and software.

The MADIS system connects mature radars, passive detection sensors, optics and jammers – and soon a kinetic kill option will be integrated in, likely a small drone that could shoot down another small drone.

“I’m not building a MADIS system that we’re going to sustain for 30 years; what we really have is, as the threat changes … if somebody develops a better jammer, for example, I can take the jammer we currently have, get rid of it, put a better jammer on it. If somebody comes up with a better passive sensor type of component, I should be able to take that off and put the other one on because I believe – and I keep telling my team this – don’t fall in love with our components. What we need to do is provide the best capability at the best price to the Marines,” Kelley told USNI News.
“We don’t want to become that system where you build it and then within two or three years it’s obsolete and you’ve got to redo it. We need to be able to have the ability to replace components as required. And then there’s another aspect of it, replace software … to increase the capability.”

MADIS Increment 1 will have a mobile version to go atop JLTVs and a fixed version to protect forward-operating bases from unmanned aerial vehicles. Increment 2 will be a lethality upgrade to Increment 1 as technology advances. Increment 3 will cover a different mission set; it will be a medium-range intercept system – akin to the U.S. Army’s Patriot battery or Israel’s Iron Dome system – that combines a surveillance radar, fire control system and missiles to go after large Group 4 and 5 drones. The Navy and Marine Corps have most directly faced this threat from Iran, which fields large UAVs to monitor ships operating in the Persian Gulf.

Marine Corps officials have long said the threat to their forces is not from the UAVs directly – many of them, even Iran’s large UAVs, are unarmed – but rather the forces could be put at risk if the surveillance drone sends an enemy sensitive data about where Marines are and what they have with them. 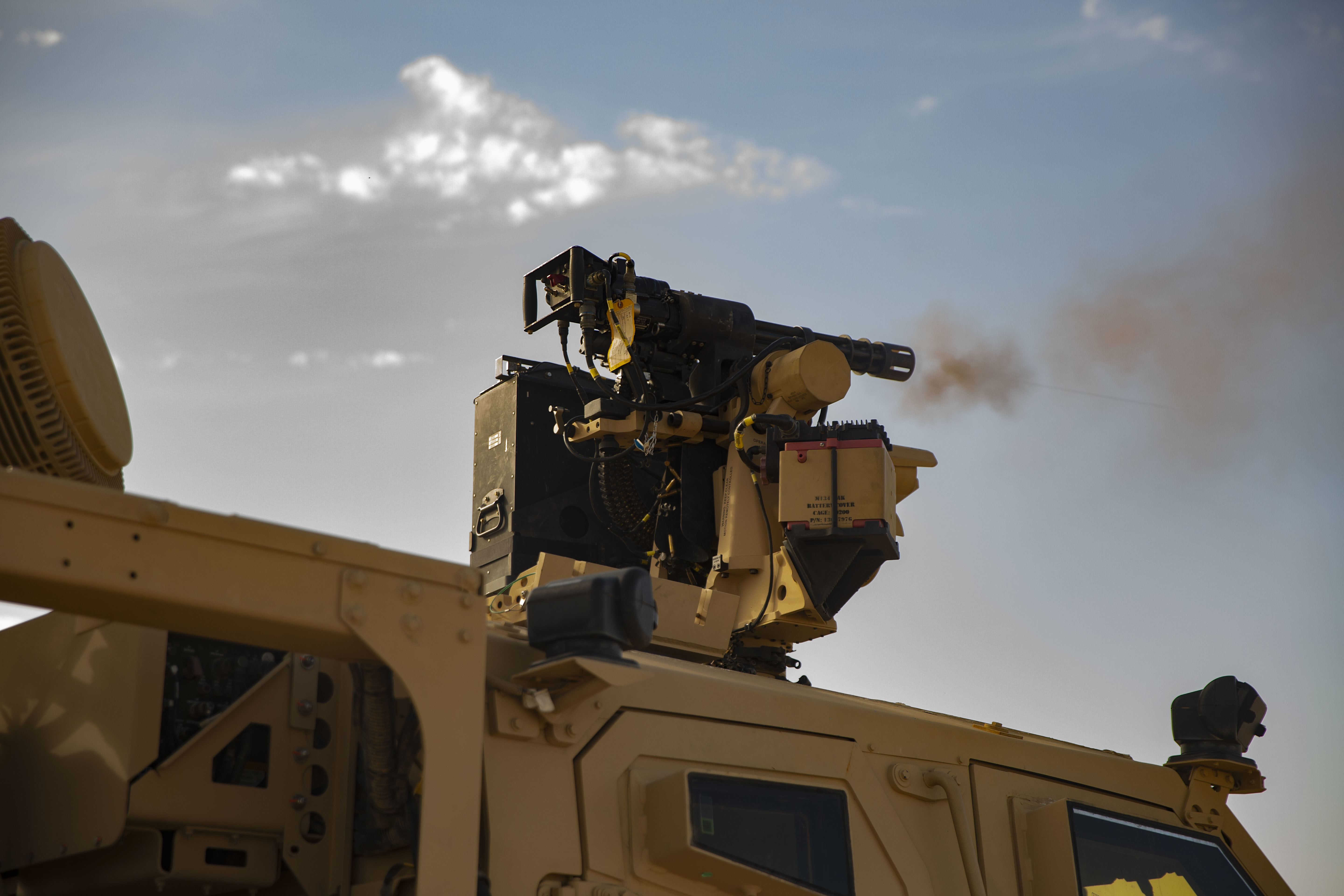 Kelley said a small GBAD team was established in late 2015 or early 2016 to look at the counter-drone mission set, after the service received many urgent operational needs related to UAVs of all sizes. To act quickly, Kelley said the group took components from other programs and stitched them together, sending to Marines overseas a product that hadn’t gone through formal testing itself but was leveraging proven technologies. The original system was developed to go on top of the MRZR Utility Task Vehicles and the Mine Resistant Ambush Protected All Terrain Vehicles (M-ATV); the program of record calls for a system to go on top of the lighter JLTV, which requires the program office to now reduce weight a bit and distribute the weight differently on top of the vehicle, Kelley said.

As the 17-person program office settles on the new configuration that will go through test and evaluation this fall, Kelley said his staff is working with the Marine Corps and Pentagon test community to understand how much of the components’ previous testing can be applied to this program and therefore how much the MADIS testing timeline can be reduced. The MADIS system that has already been fielded overseas has gone through testing in a Weapons and Tactics Instructor Course (WTI) at Marine Corps Air Station Yuma in Arizona; at the Naval Surface Warfare Center in Crane, Ind.; and at Marine Corps Base Quantico, Va.; and many of the components are already fielded within other programs of record.

“We’re in a different place than most programs that take five or six years to go. Most of our components have already been tested someplace else as part of some other system, and we are now integrating them,” Kelley said, adding that his team is working with the test community now to identify past testing on MADIS components and understand “how do we streamline that and take credit for what has already been done, and then test to the deltas, and then test the system – but not in the sense that you would think of in a normal five- to six-year acquisition program.”