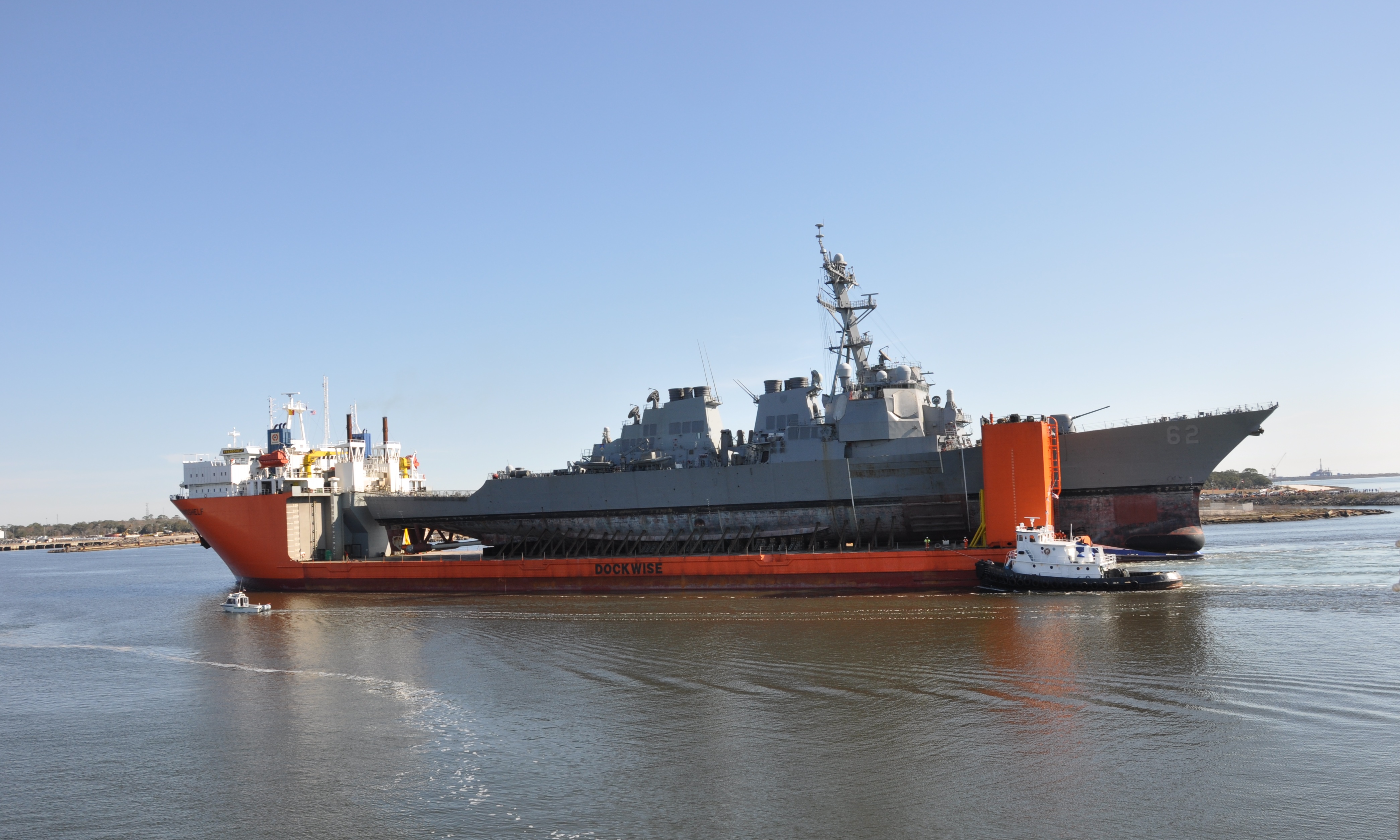 The guided-missile destroyer USS Fitzgerald (DDG-62) arrives at the port of Pascagoula, Miss. on Jan. 19, 2018 aboard the heavy lift transport vessel M/V Transshelf. US Navy Photo

A board of inquiry moved not to separate from service a sailor who the Navy had previously charged with negligent homicide for his role in the 2017 fatal collision of USS Fitzgerald (DDG-62), USNI News has learned.

On Friday, a board found “no basis” to separate Lt. Irian Woodley from the Navy for cause, Woodley’s lawyer, Lt. Cmdr. Justin McEwen, confirmed to USNI News when contacted on Friday. The board was made up of three surface warfare officers and was based in Japan.

“The findings were 3-0 that the government did not prove a ‘basis’ for separation. Because the government did not prove basis, the board did not need to answer the question whether Lt. Woodley would be retained or separated. He is automatically retained,” McEwen wrote in a statement to USNI News.
“The finding of ‘no basis’ is essentially an equivalent and analogous to a full acquittal if this were a court-martial.”

Woodley was the surface warfare coordinator in the combat information center aboard Fitzgerald when the destroyer collided with the merchant ship ACX Crystal off the coast of Japan on June 17, 2017. The collision resulted in the death of seven sailors.

A Navy spokesperson told USNI News that it would be inappropriate to comment on a, “pending personnel action,” in a statement following an eariler version of this post.

Woodley and the ship’s tactical action officer, Lt. Natalie Combs, were initially charged with negligent homicide and other charges related to the collision by consolidated disposition authority Director of Naval Reactors Adm. Frank Caldwell in January 2018.

However, following a 2018 Article 32 hearing, hearing officer Cmdr. Anthony Johnson recommended to Caldwell that both Woodley and Combs should not face criminal charges for their roles in the collisions.

Caldwell ultimately elected to send Woodley to the administrative Board of Inquiry while Combs continues to face criminal negligence charges.

Combs and Woodley had both faced unspecified non-judicial punishments at admiral’s mast for their roles in the collision prior to the January 2018 filing of criminal charges. The pair led the team at CIC and weren’t aware Crystal was putting the ship at risk until seconds before the collision.

One lawyer who has been following the case said the result could point to wider recognition that the collision of Fitzgerald, and the August 2017 fatal collision of USS John S. McCain (DDG-56), could be tied to systemic problems inside the surface force.

“One way to interpret the result is maybe that three relatively senior SWOs are signaling that whatever happened on Fitzgerald, big Navy shouldn’t be passing off responsibility to individual officers because the structural issues are really at fault,” Rob “Butch” Bracknell, a former Marine and military lawyer, told USNI News on Friday.

In addition to Combs, then-Fitzgerald commander Cmdr. Bryce Benson faces criminal negligence charges for their role in the collision. His case is on hold while the Navy finds a new CDA for Benson’s trial. In January, a military judge disqualified Caldwell for overseeing Benson’s case. The judge said Caldwell’s actions in other parts of the investigation showed he believed Benson was directly responsible for the collisions.