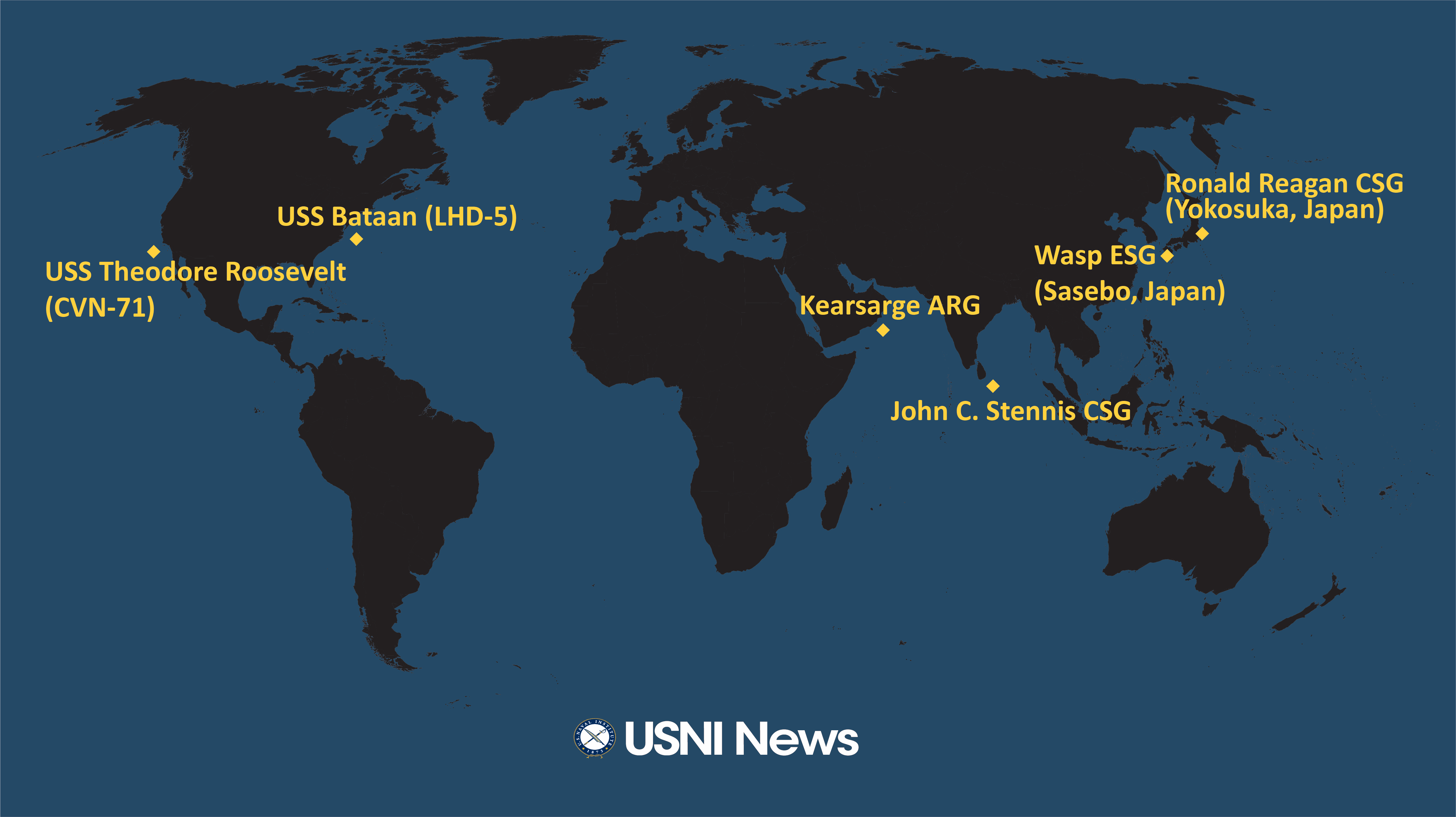 These are the approximate positions of the U.S. Navy’s deployed carrier strike groups and amphibious ready groups throughout the world as of March 11, 2019, based on Navy and public data. In cases where a CSG or ARG is conducting disaggregated operations, the chart reflects the location of the capital ship. 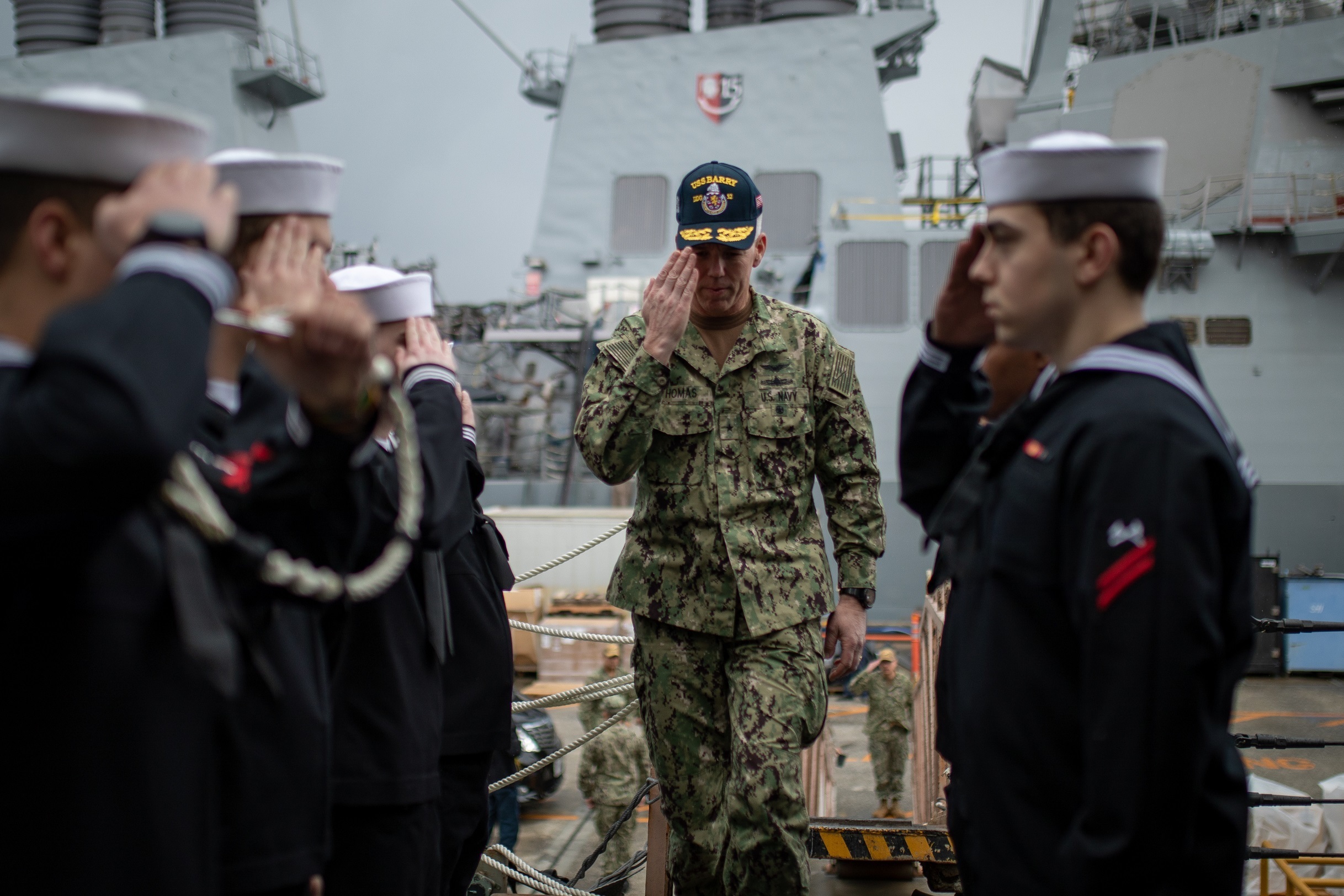 The Ronald Reagan Carrier Strike Group (CSG) is in homeport in Yokosuka, Japan. USS Wasp (LHD-1) is in its homeport in Sasebo, Japan. Later this year, Wasp will relocate to Norfolk, Va., and USS America (LHA-6) will serve as the new flagship of the Forward Deployed Naval Forces Japan (FDNF-J) amphibious fleet. 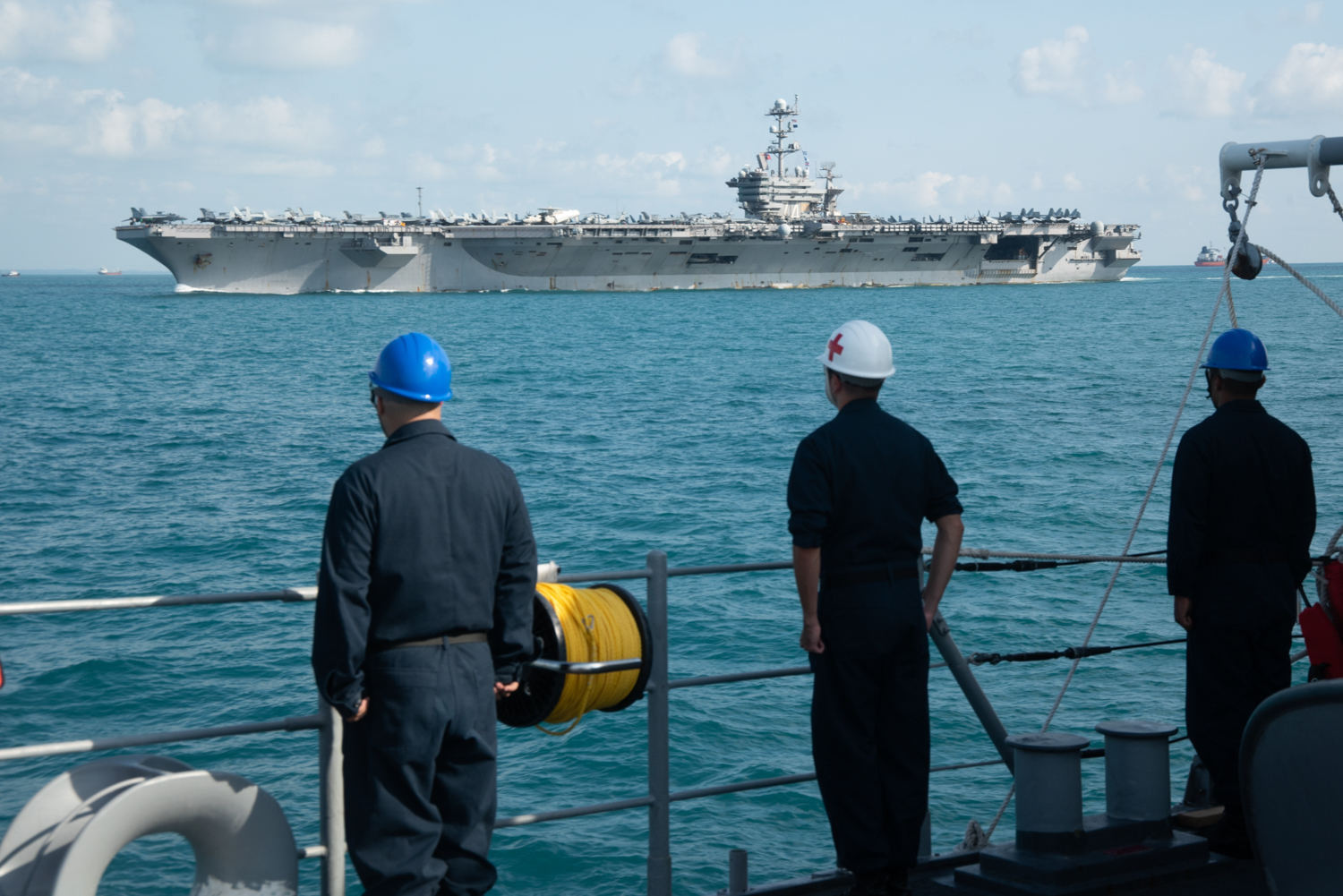 The John C. Stennis CSG is underway in the Indian Ocean. 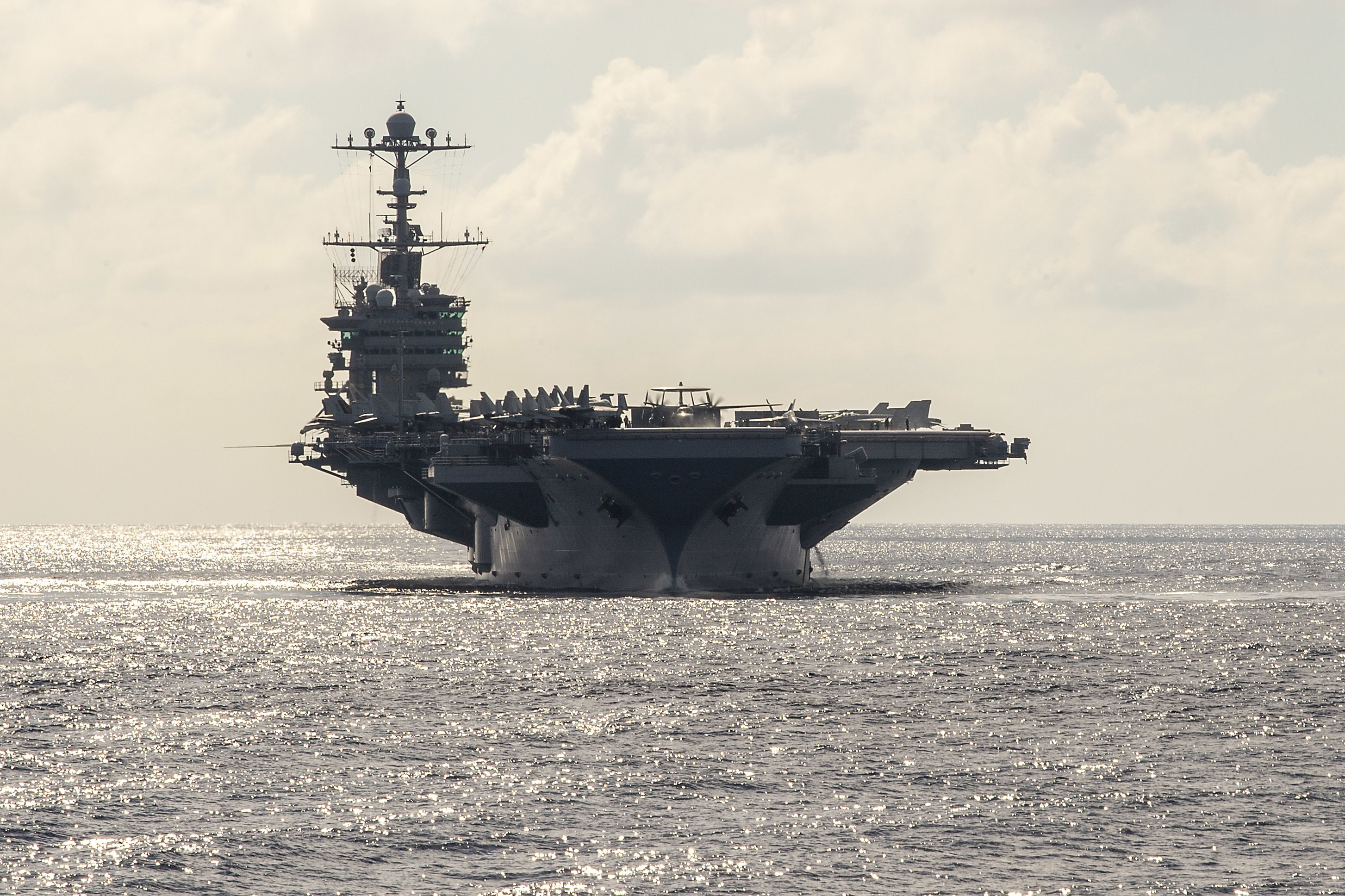 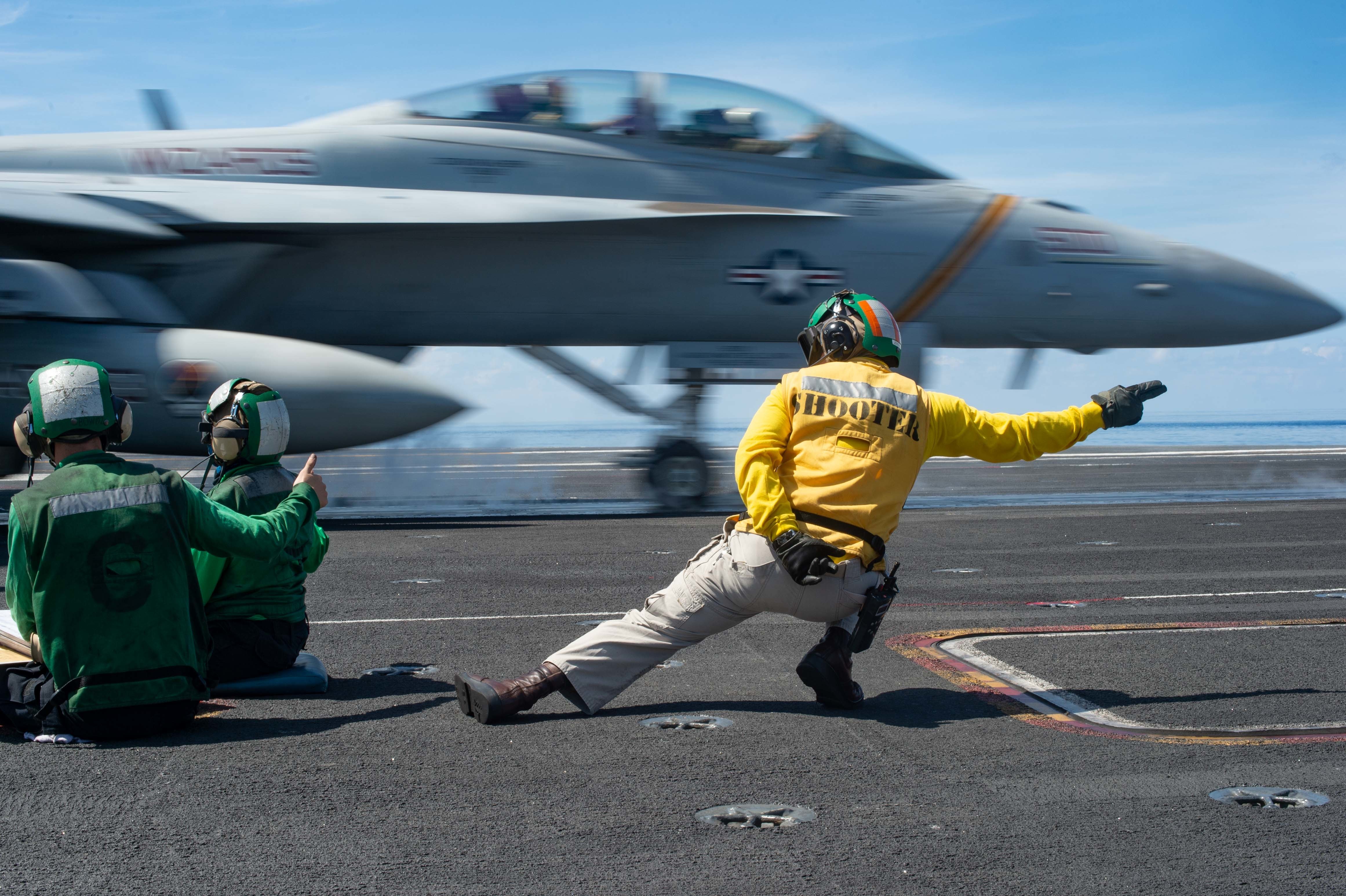 Lt. Eric Jensen, from Austin, Texas, signals an EA-18G Growler assigned to Electronic Attack Squadron (VAQ) 133 to launch from the flight deck of the aircraft carrier USS John C. Stennis (CVN-74) in the Indian Ocean on March 7, 2019. US Navy Photo 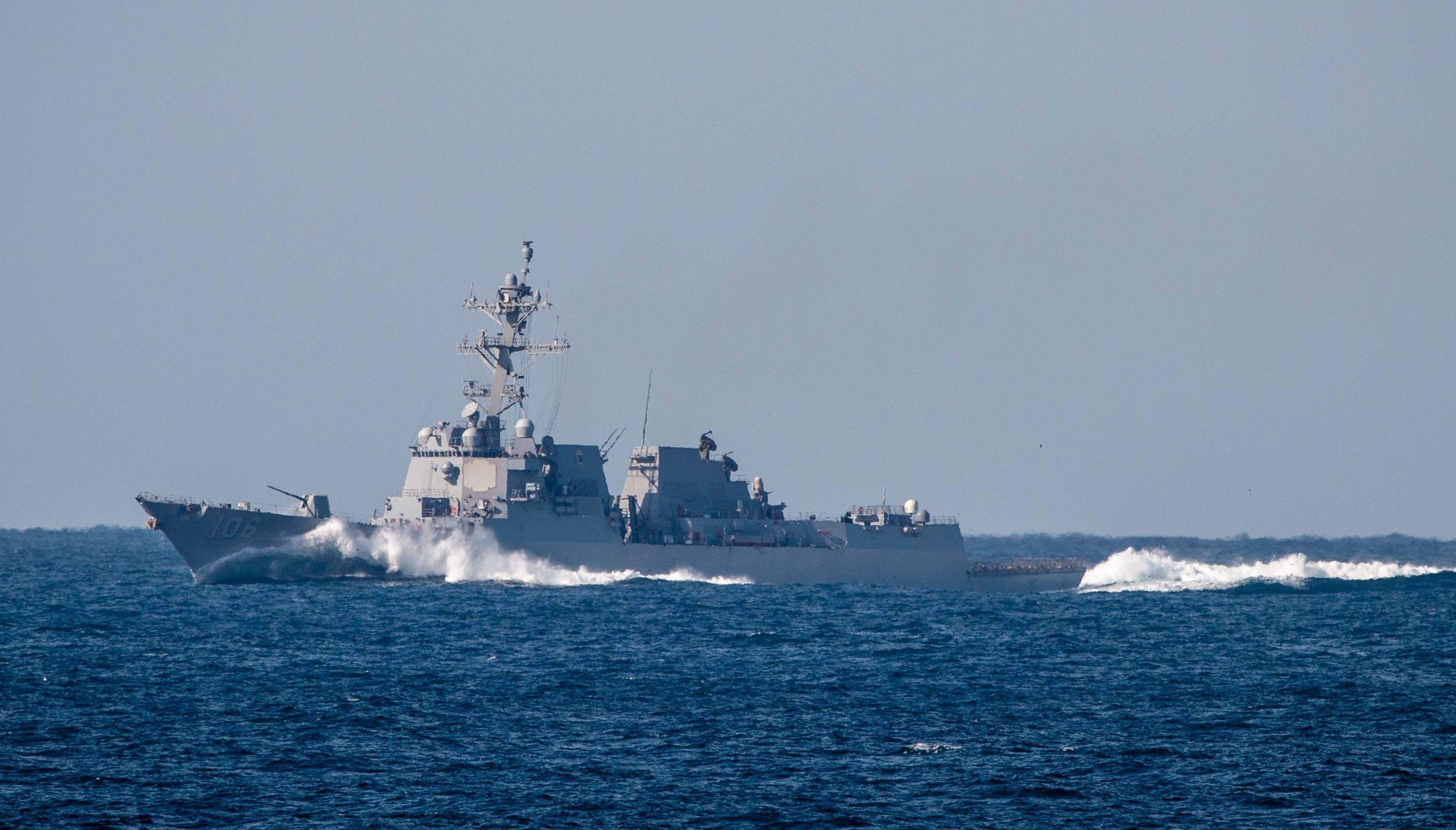 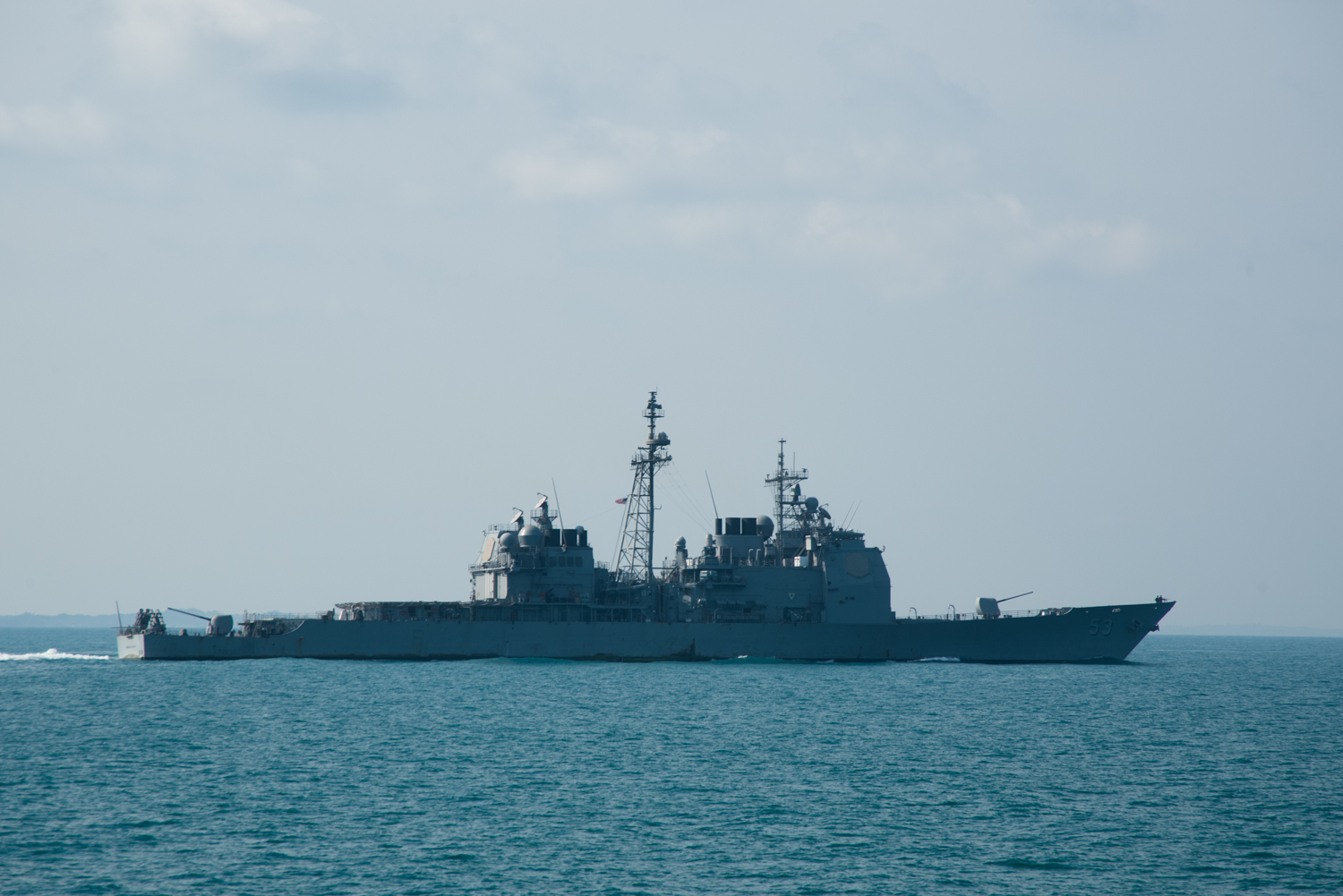 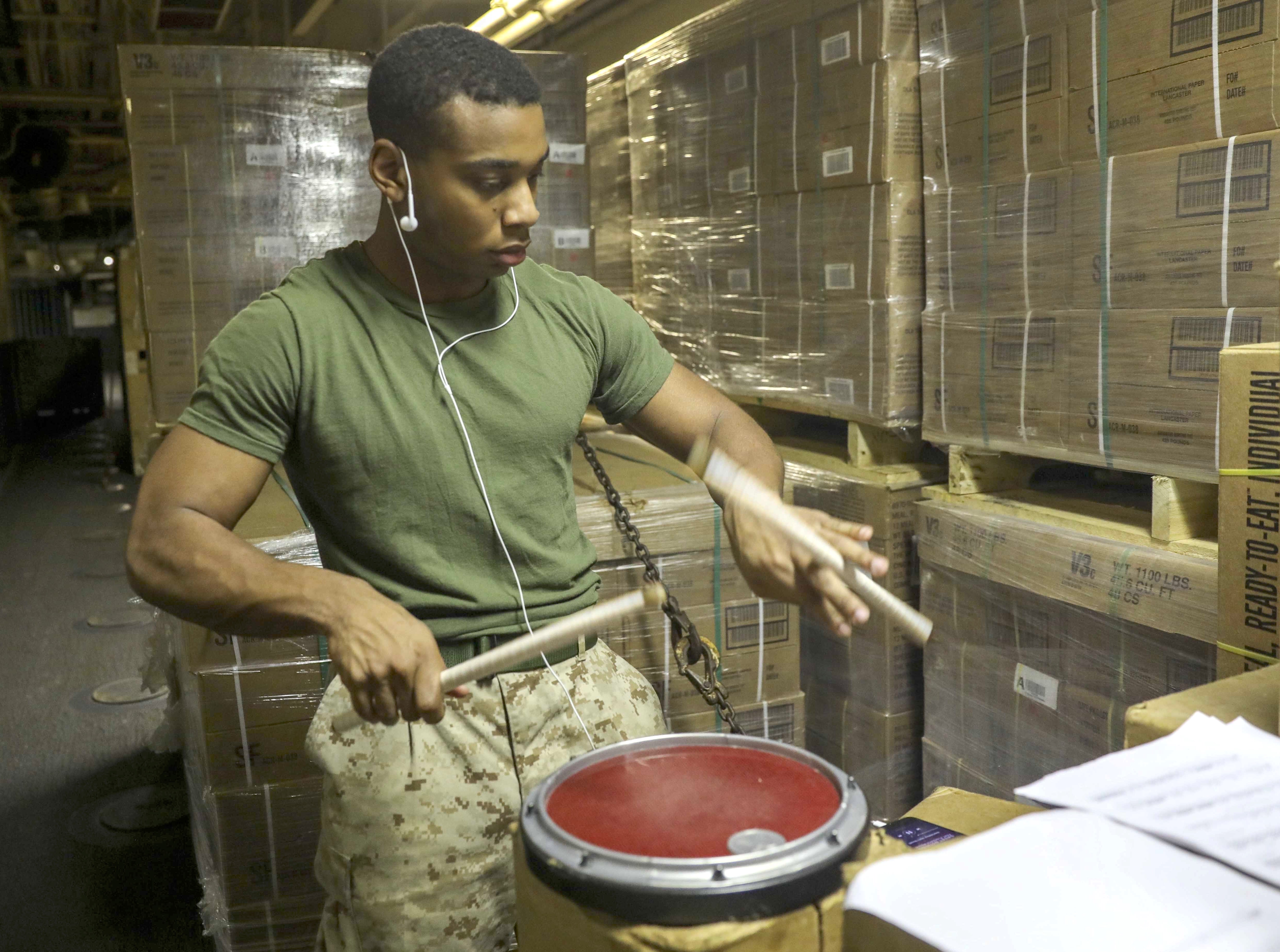 USS Kearsarge (LHD-3) and elements of the 22nd Marine Expeditionary Unit are underway in the Arabian Sea. 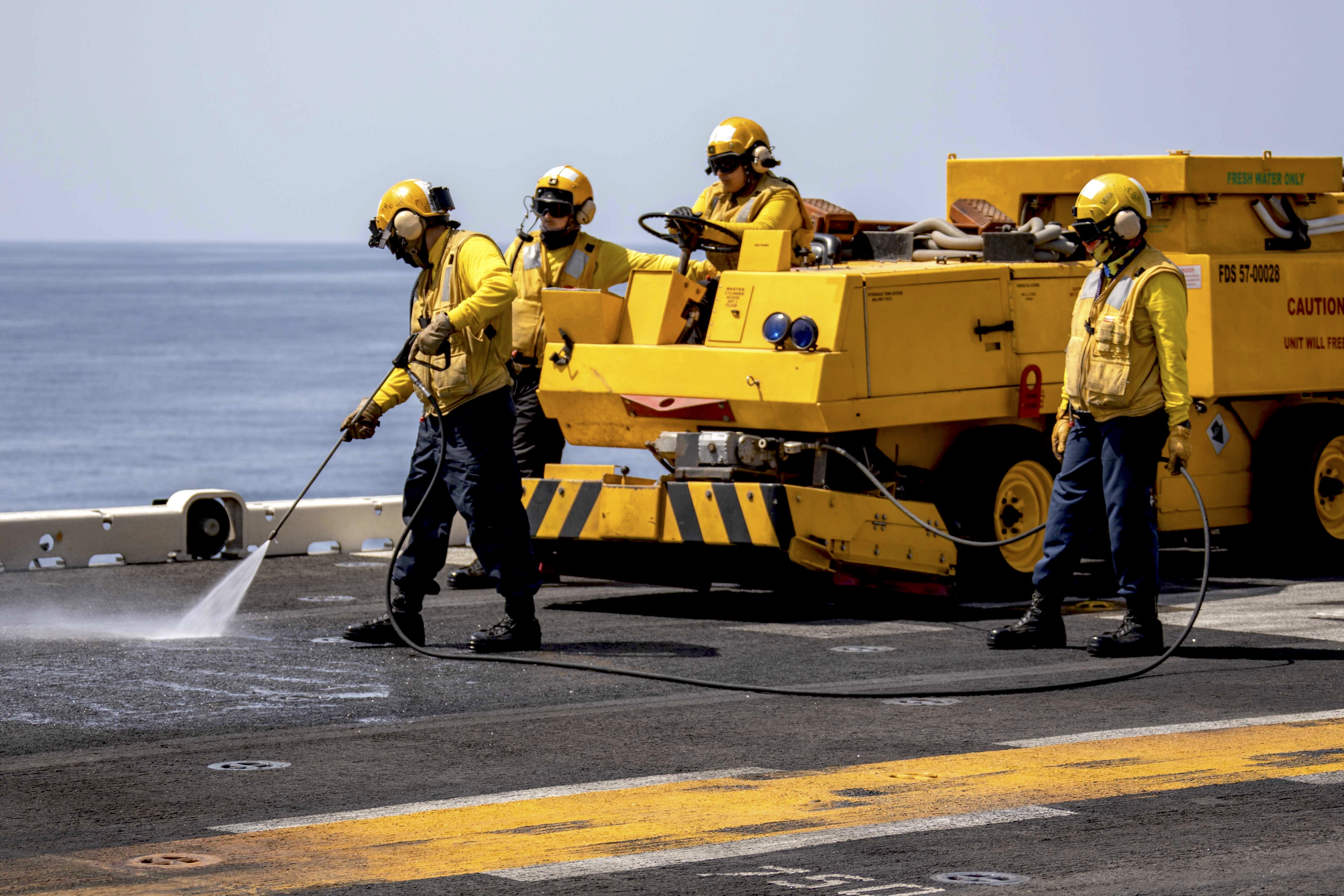 Sailors use a scrubber and water to clean the flight deck of the Wasp-class amphibious assault ship USS Kearsarge (LHD-3) on March 10, 2019. US Navy Photo 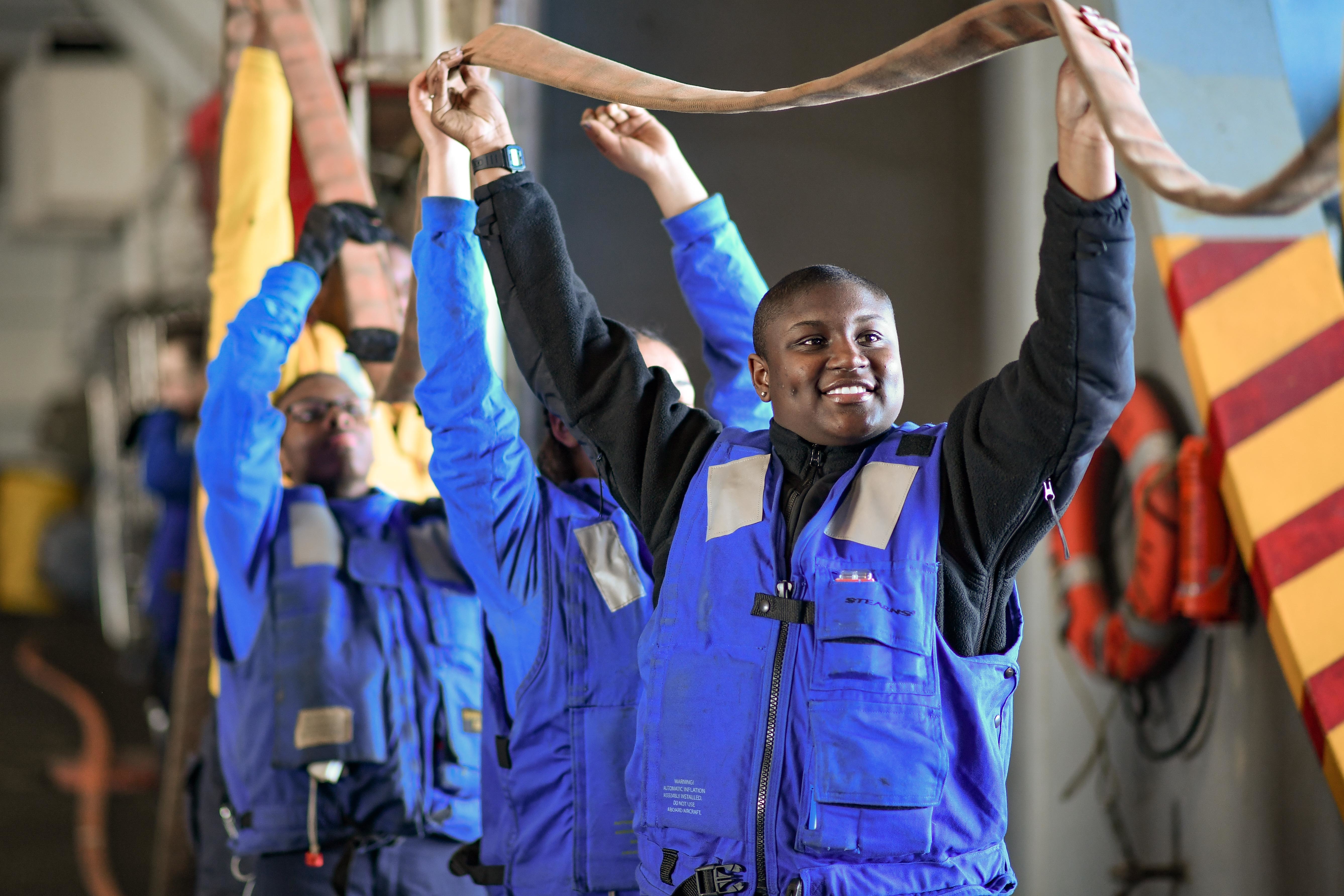 Seaman Mayah Caudle, from Charlotte, N.C., drains water from a fire hose during a damage control exercise in the hangar bay of the aircraft carrier USS Theodore Roosevelt (CVN-71). Theodore Roosevelt is conducting routine operations in the Eastern Pacific on March 9, 2019. US Navy Photo 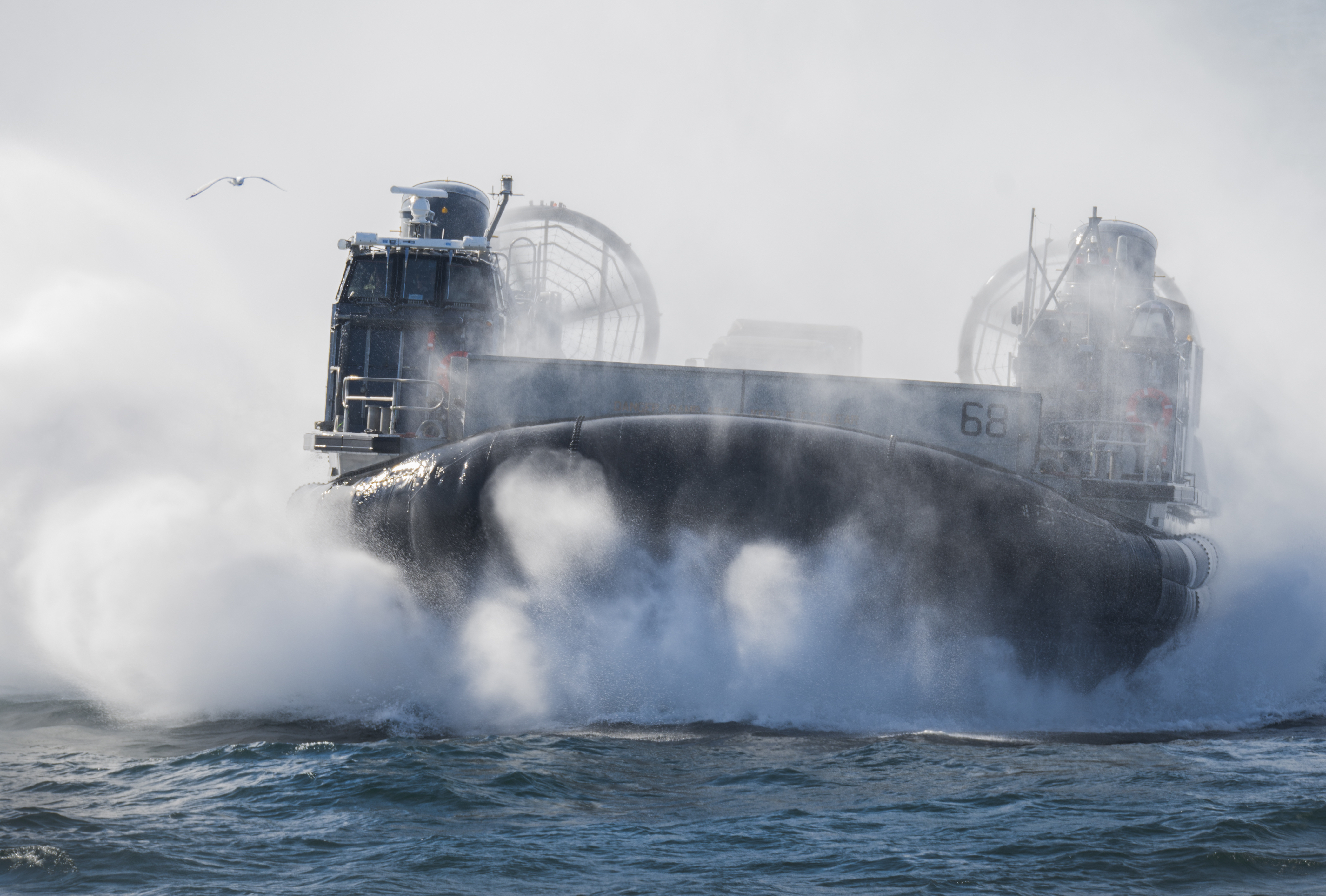