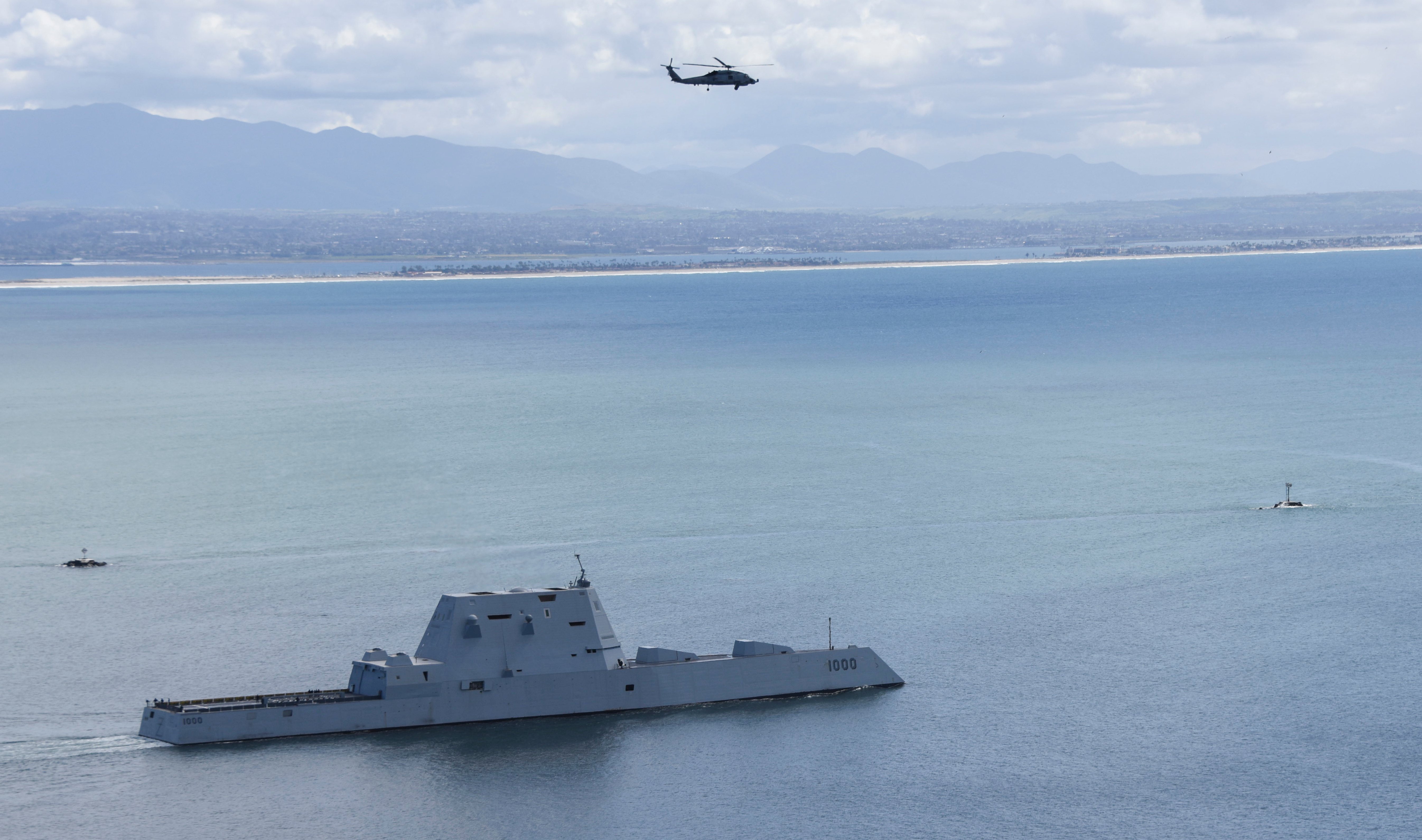 This post has been updated with additional information on the status of Zumwalt’s combat system activation.

Guided-missile destroyer USS Zumwalt (DDG-1000) left San Diego on Friday for its first “operational underway” that will include a trip up the West Coast to a naval base in Canada.

Zumwalt was seen underway in San Diego Bay just before 11 a.m. local time by local ship-spotters as the warship headed out for open Pacific.

In a Friday statement, U.S. 3rd Fleet said the underway “demonstrates the U.S. Navy’s commitment to advancing the lethality of its surface combatants by integrating cutting-edge technologies in Zumwalt’s combat systems, weapons, and engineering plants.”

Since arriving in San Diego in 2016, the first-in-class Zumwalt has been in an intensive process of installing and activating the destroyer’s combat systems as part of a post-delivery yard period led by contractor Raytheon which is set to be completed later this year.

“We continue to focus hard on delivering this first in class destroyer with advanced capabilities to the fleet, said Capt. Danny Hernandez, a Navy acquisition spokesman said in a Saturday statement to USNI News.
“This underway is another positive step towards testing as we get closer to the ship’s final delivery, later this year.”

In January, the Zumwalt-class program manager briefed reporters that the testing for the combat system activation and post-delivery trials would occur at the same time.

In the 3rd Fleet statement, ship commander Capt. Andrew Carlson said, “my crew has been looking forward to continued testing and operations at sea, leveraging the newly installed capabilities of this platform. Our primary focus is executing a safe underway, while building both competence and confidence in operating Zumwalt across the spectrum of naval warfare.”

As part of the at-sea period, Zumwalt is scheduled to make a port call to Canadian Forces Base Esquimalt on Vancouver Island later this month, according to a late February report by CTV Vancouver Island.

“While the exact date of the ship’s arrival and duration of its stay remain closely guarded secrets of the U.S. Navy, the ship’s oddly angular design, stealth capabilities and state-of-the-art electric drive system are sure to attract the attention of naval watchers and neophytes alike,” read the report.

When asked about the visit, a 3rd Fleet spokeswoman cited a U.S. Pacific Fleet policy of not discussing any future ship movements. 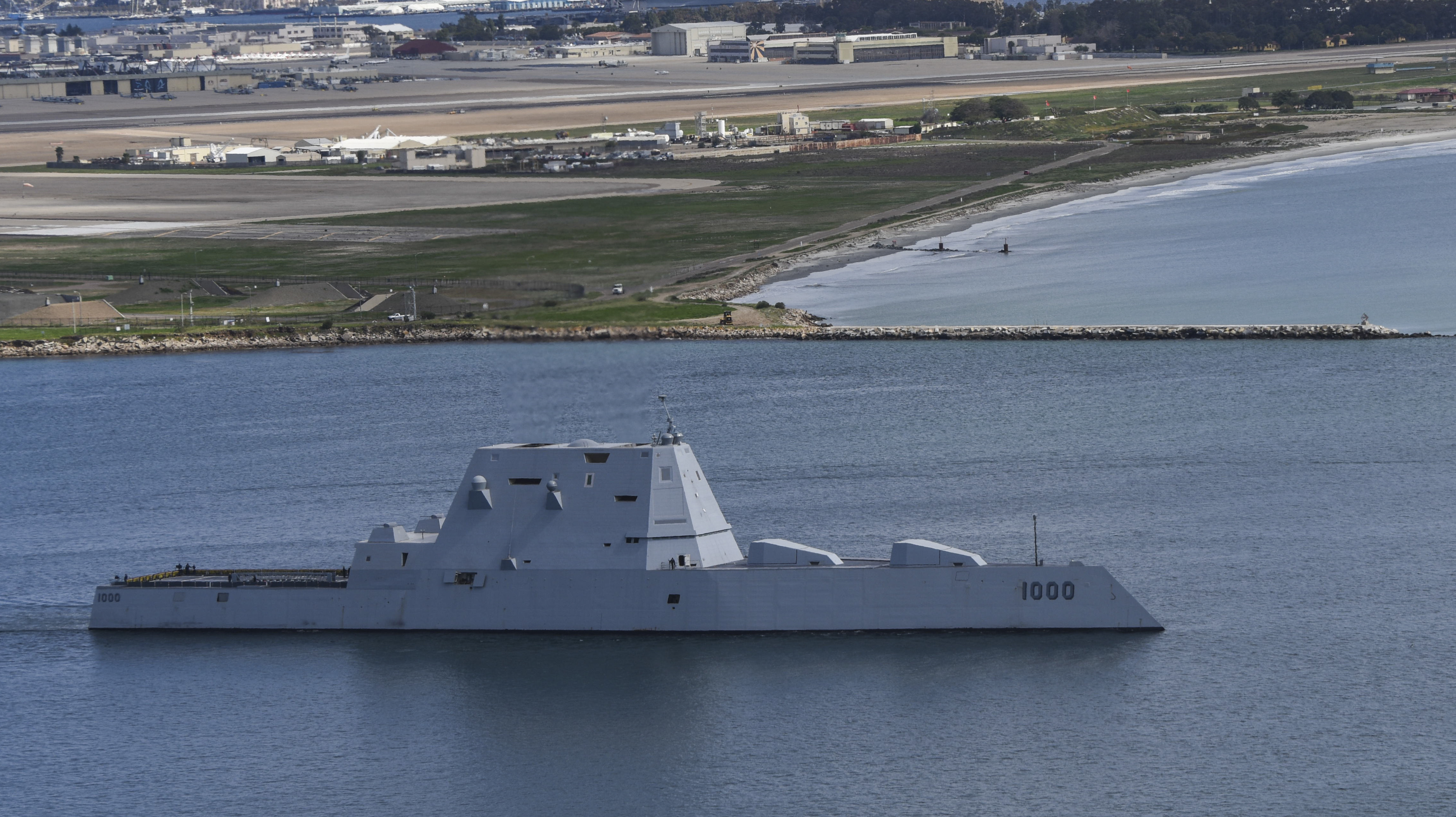 The following is the complete March 8, 2019 statement from U.S. 3rd Fleet.

The milestone demonstrates the U.S. Navy’s commitment to advancing the lethality of its surface combatants by integrating cutting-edge technologies in Zumwalt’s combat systems, weapons, and engineering plants.

“Zumwalt is designed for stealth,” said Capt. Andrew Carlson, Zumwalt’s commanding officer.
“This aids her role as a multi-mission surface combatant and improves the fleet commander’s options for delivery of naval combat power to meet the Navy’s emergent mission requirements.”

Zumwalt is 100 feet longer and 13 feet wider than the Arleigh Burke-class destroyer at 610 feet long, providing the space required to execute a wider array of surface, submarine, and aviation missions. Observers will also notice the angular design of Zumwalt’s hull and superstructure.

Zumwalt’s crew recently completed a post-delivery maintenance availability designed to thoroughly evaluate the ship’s systems and equipment to include radars and engineering plant.

“My crew has been looking forward to continued testing and operations at sea, leveraging the newly installed capabilities of this platform,” said Carlson. “Our primary focus is executing a safe underway, while building both competence and confidence in operating Zumwalt across the spectrum of naval warfare.”

Zumwalt is under operational control of U.S. 3rd Fleet. Third Fleet leads naval forces in the Pacific and provides the realistic, relevant training necessary for an effective global Navy. Third Fleet coordinates with U.S. 7th Fleet to plan and execute missions based on their complementary strengths to promote ongoing peace, security, and stability throughout the entire Pacific theater of operations.