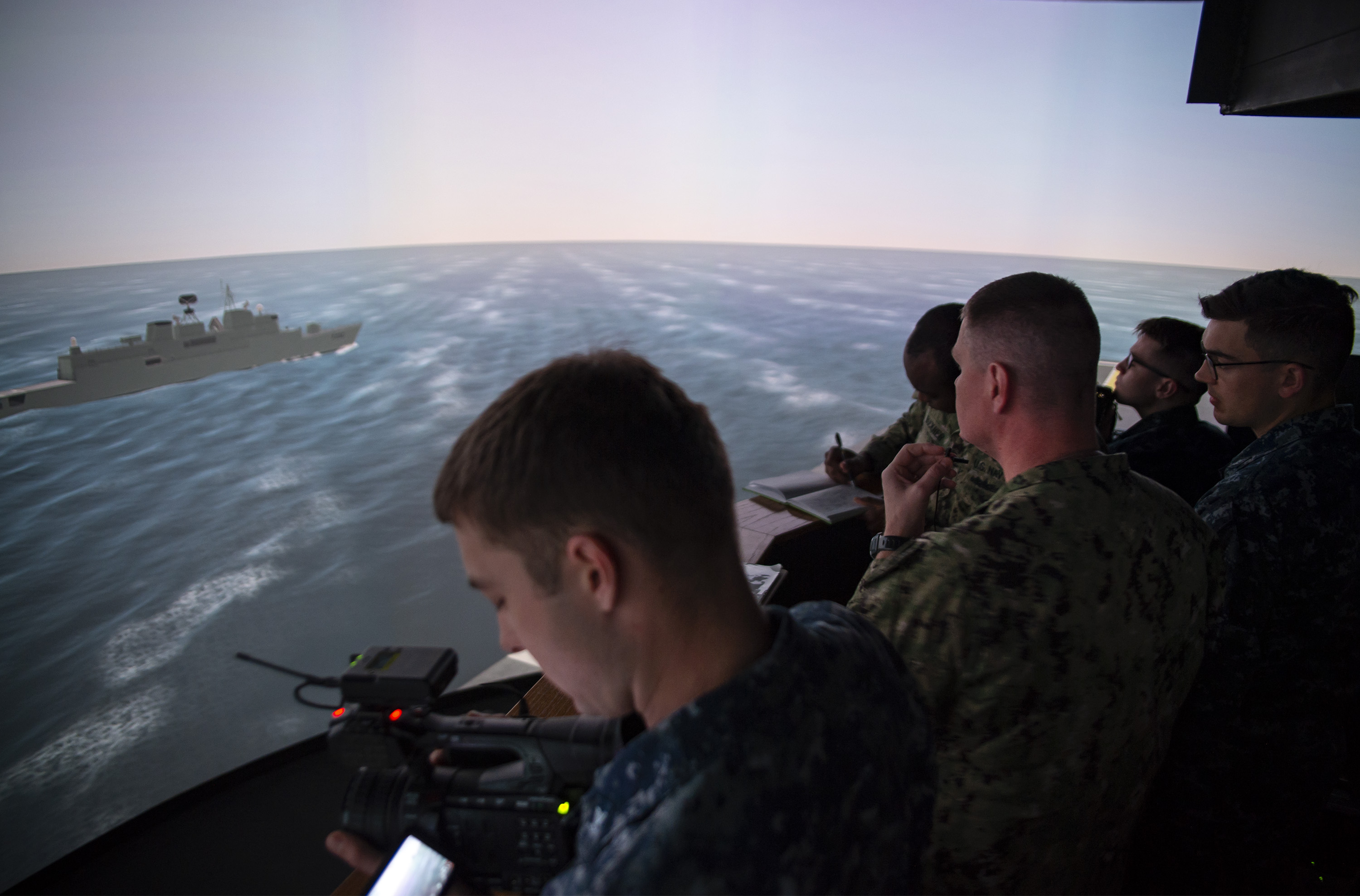 ARLINGTON, Va. – In 2018, the Navy stressed the basics of training, crew qualifications and readiness following two fatal ship collisions the year before. 2019 will be all about moving beyond the fundamentals and focusing on lethality, the commander of surface forces said.

Ahead of his Tuesday remarks, he told USNI News in a media call that “in 2018, especially at the beginning of 2018, I had to focus on man, train and equip, and I had to focus on making sure that, A) the surface force understood what our standards were, because we have really high standards in the surface force, and then B) that we were meeting those standards. Meeting standards doesn’t win wars; meeting standards produces survivors. Now that we’ve done that in 2018, this drive for excellence is what produces winners.”

He said in the opening speech at SNA that “we still remain unmatched in sea control, but we have to work at it harder now, and we must continue to get better. We must learn rapidly, we must innovate faster and we must be tougher than our adversaries, because they are fast rising.”

That move from compliance with basic standards to pushing the limits of lethality and innovation can be seen through how the surface navy is handling the evolution of its trainers and simulators.

Brown told USNI News during the media call that the 2017 collisions of USS Fitzgerald (DDG-62) and USS John. S. McCain (DDG-56) led to a focus on simulators used to train officers of the deck and junior officers of the deck. Much progress has been made in these areas, he said, to raise the basic proficiency and confidence of these officers to drive their ships.

On the Navigation, Seamanship, and Ship-handling Trainers (NSSTs), the Navy is in the midst of the second of three phases of upgrades.

Now, “the second phase of the upgrade where we get all the tools that everybody’s used to using on our ships – VMS (voyage management system) integrated into now the integration of the CIC and the bridge,” he said. That upgrade is being installed in San Diego now and will be done by midyear, and the upgrade will be coming to Norfolk later this year.

The third phase involves upgrading the trainers’ hardware, display features and screens, and that should be complete by Fiscal Year 2021.

Additionally, the Navy is building Maritime Skills Training Centers in San Diego and Norfolk that will host Officer of the Deck (OOD) Phase 1 and Phase 2 courses. The San Diego facility should be up and running by FY 2021, and the Norfolk facility will come a year later.

The surface navy is using trailers as a temporary facility for the Junior Officer of the Deck (JOOD) course for midshipmen at the U.S. Naval Academy and in Reserve Officers’ Training Corps (ROTC) programs, and Brown told USNI News that the JOOD course is going a long way with improving officers’ fundamentals.

“We have all the trailers … as a temporary facility, so the JOOD course goes into implementation for the folks that are graduating from ROTC and the Naval Academy this May,” he said.
“We had a number of pilots up in Newport over the last year at the JOOD course. … What we’re really trying to do is, when the ensigns get to the ship, is to move that learning curve to the right, so they really show up with a lot of confidence that they really know what they’re doing. We’re not going to flip the keys to them and let them drive the ship right off the bat, but what we have found out is, the folks who have gone through the JOOD course, the feedback we got from their commanding officers was they can see that the knowledge and the confidence is at a different level than the folks that didn’t go through it.” 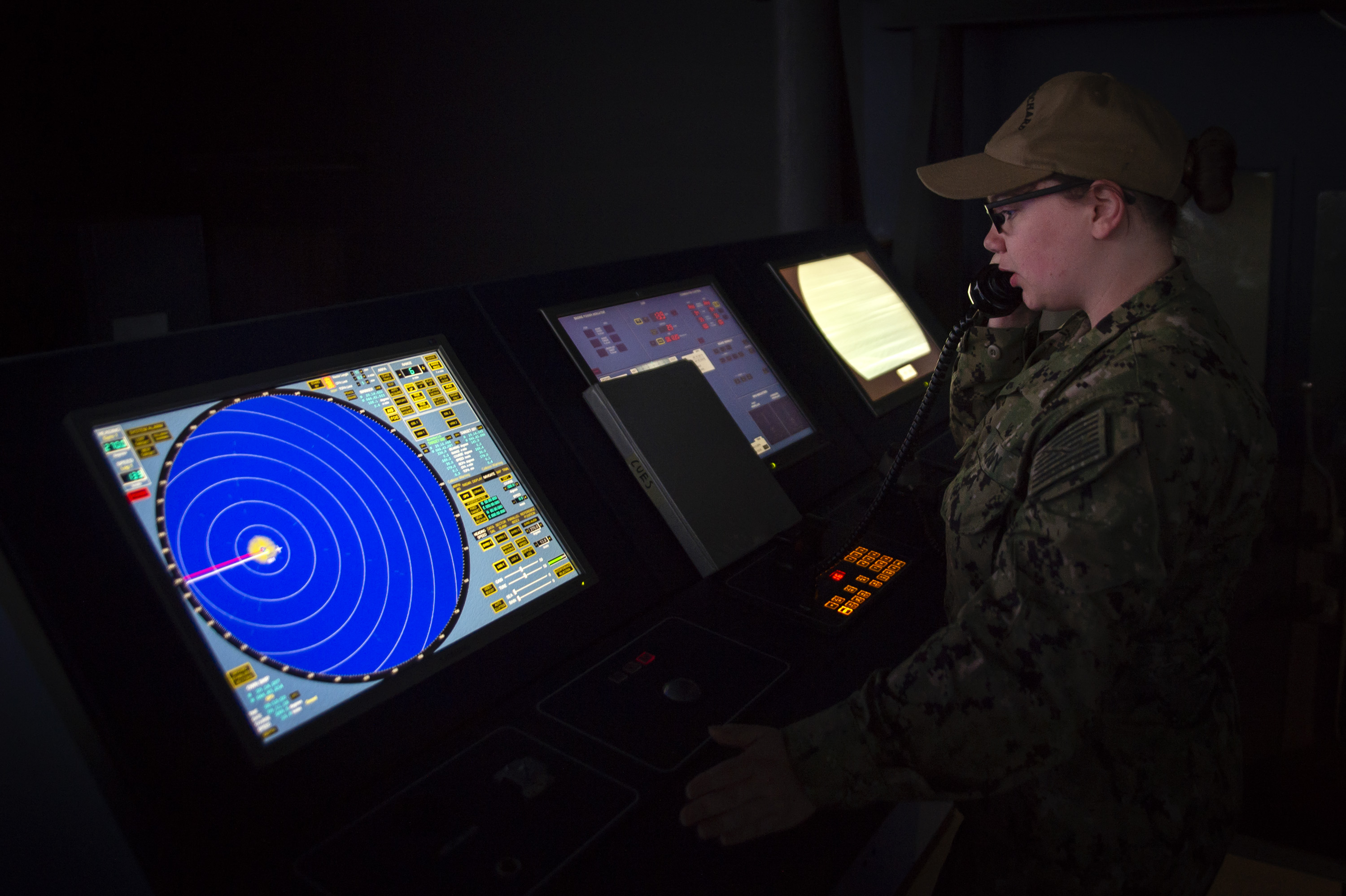 Lt.j.g. Sarah Platt, assigned to the amphibious assault ship USS Bonhomme Richard (LHD 6), mans the lee helm during virtual reality ship handling training at the Navigation, Seamanship and Shiphandling Trainer (NSST), on board Naval Base San Diego. Bonhomme Richard collaborated with NSST personnel to sharpen their skills utilizing technological innovations in virtual reality. The NSST is a computerized bridge simulator that allows Sailors to practice ship handling, navigation and visual information skills in a controlled environment. Bonhomme Richard is in its homeport of San Diego. US Navy photo.

Though this work is all positive, the Navy is also eyeing much more sophisticated simulators that won’t just allow sailors to work on the basics, but will put them in complex environments and allow them to test the limits of fighting their ships in a safe-to-fail environment.

Rear Adm. Ron Boxall, the director of surface warfare on the chief of naval operations’ staff (OPNAV N96) said at the conference that high-fidelity trainers that can support synthetic and live-virtual-constructive training events are the way of the future.

Boxall noted that during a 2017 comprehensive review of surface force readiness, “a funny thing happened: we realized the [Littoral Combat Ship] crews were amazingly better at shiphandling.”

Though he thought the smaller crews and therefore more repetitions may have played a part, he said the LCS crews also have much more off-hull training time and – importantly – “we’ve got incredibly high-fidelity trainers with LCS that we don’t have in other places.”

The Navy has a single Combined Integrated Air and Missile Defense (IAMD) and Anti-Submarine Warfare (ASW) Trainer (CIAT) in San Diego, with a second one coming online in Norfolk this summer. Boxall said “it’s better than what we have at sea.”

Though the Navy will start out with just the two ashore trainers, he hopes to get to a CIAT At-Sea model so that sailors can use the trainer leading up to and during deployments.

The fleet wants more and more high-end training as the service increasingly talks about high-end warfare against peer adversaries. The Navy only has so much room at training ranges to accommodate this appetite, but putting CIAT on ships at sea would allow synthetic high-end training for any ship at sea.