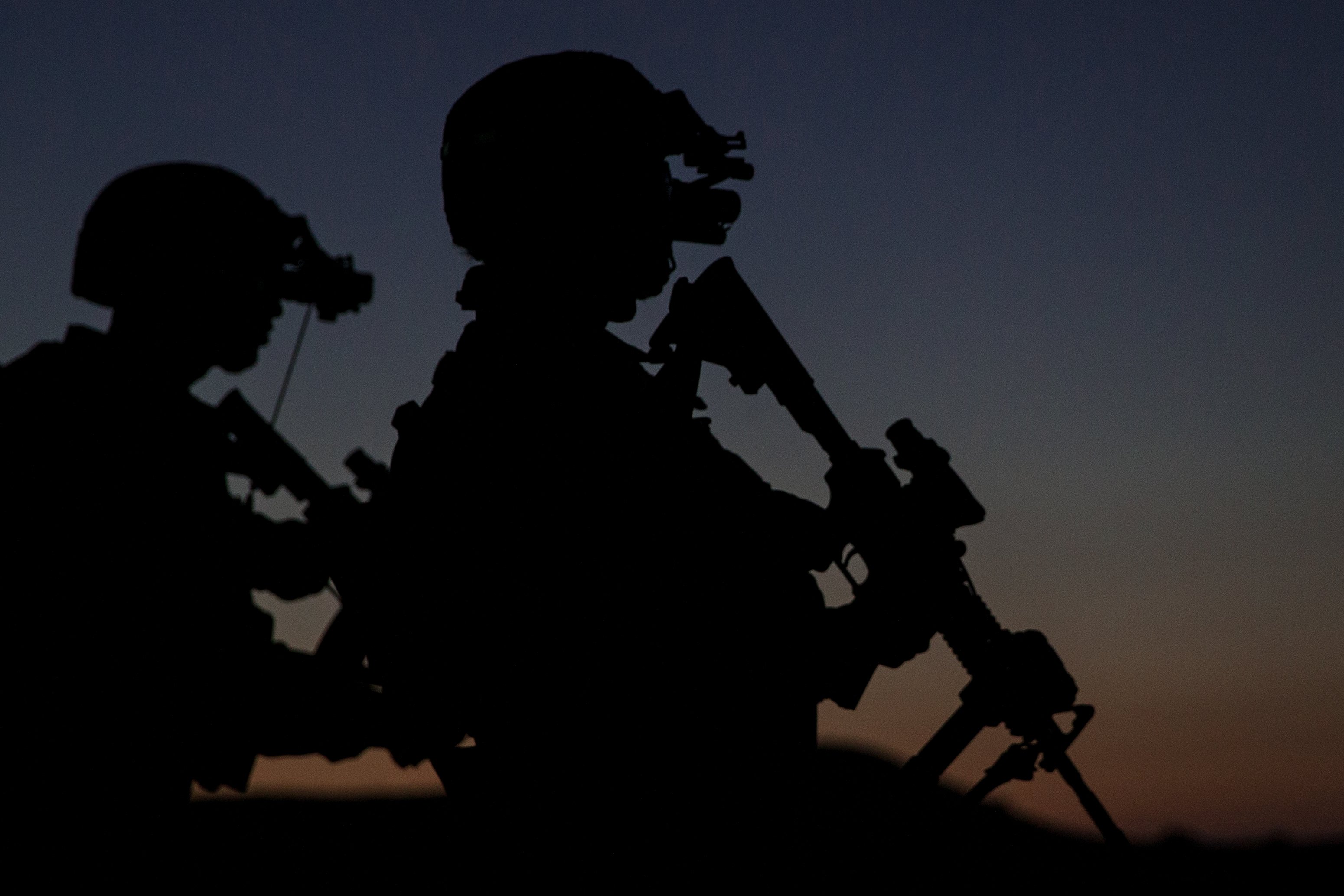 A task force of Marines and sailors recently deployed to islands in Oceania, assisted by a Navy maritime prepositioning cargo ship that added to the growing list of places where the Marine Corps stretched its global reach in 2018.

Task Force Koa Moana 2018 embarked aboard USNS Fred W. Stockham (T-AK-3017), a Navy logistics ship that helped deploy elements to remote areas of the South Pacific. The deployment with Stockham marked the latest pairing of smaller groups of expeditionary forces within military vessels not of the L-class amphibious ships.

“The task force was there to build up relationships we have with our partners in the Pacific,” Butz said.
“Every location has its own nuances. What we bring is dependent on what it is we want to accomplish,” he said. This year, the task force put extra emphasis in areas of engineering and law enforcement.

In Tahiti, Marines sharpened their infantry skills alongside French soldiers in French Polynesia islands. In the island-nation of Vanuatu, the task force met with local officials and non-governmental organizations on humanitarian and disaster-relief issues. In the Northern Mariana Islands, crews repaired roads damaged after a super typhoon ravaged the islands including Tinian and Saipan. 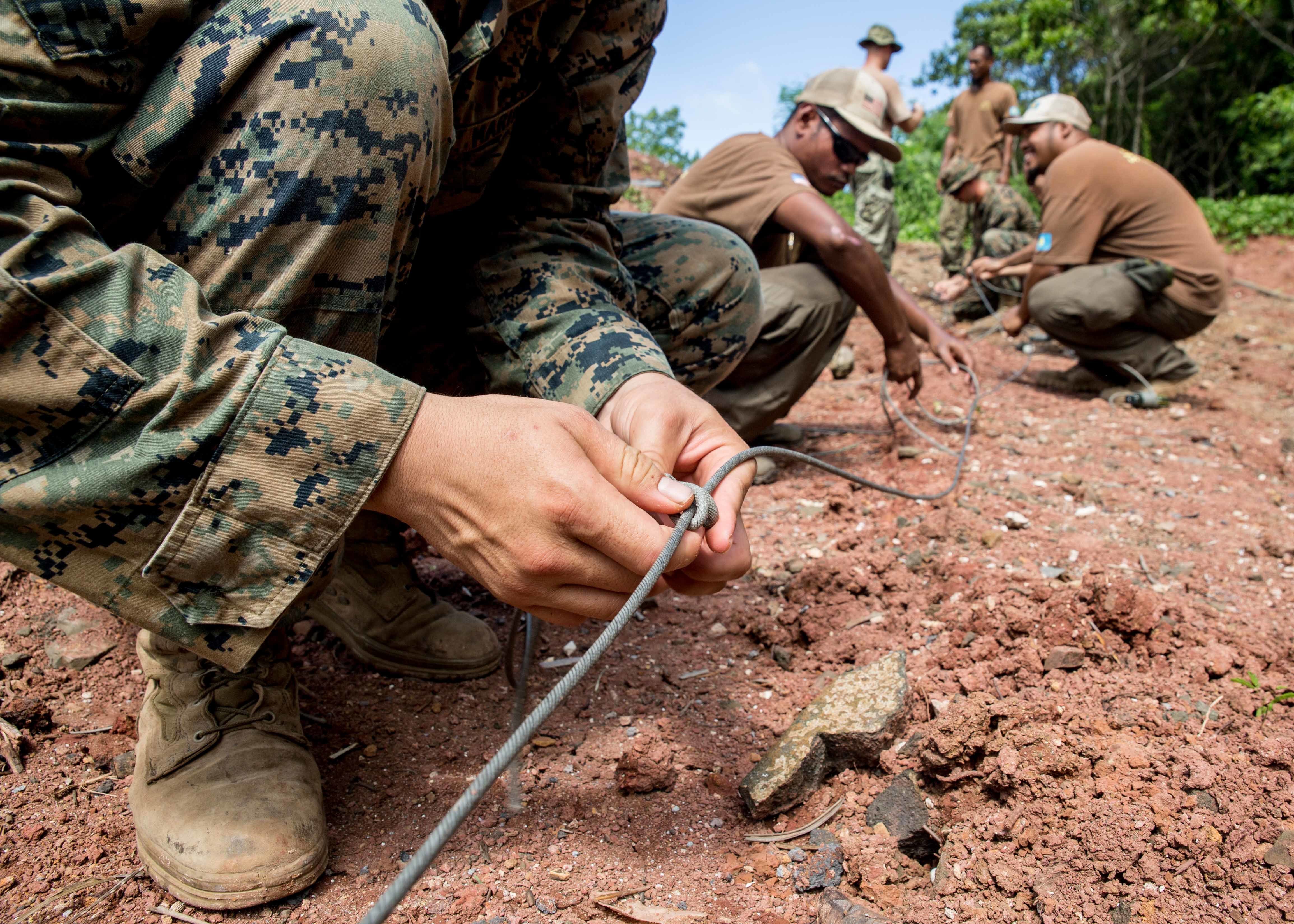 The exotic, tropical locales were unlike what many had experienced “This was not a hard deployment to get people to volunteer for,” Butz said.

TF Koa Moana included 130 members from the West Coast-based I Marine Expeditionary Force, officials said, plus fly-in detachments of Marines and Navy personnel from Okinawa, Japan and Guam. As numbers go, it wasn’t a large footprint throughout the four-month deployment, which began with predeployment training last summer at Camp Pendleton, Calif., and ended before Christmas when the last groups of Marines and the Stockham offloaded in Guam. “It’s amazing how much can be done when you put a group of Marines together,” said Capt. Maida Zheng, a I MEF spokeswoman.

“Our deployments and exercises around the world provided ready and capable forces in support of crisis response and theater security cooperation exercises – ensuring we remained ready, were present when and where we were needed, and most of all we put our allies and partners at the forefront of relationship building,” Zheng told USNI News. “This was evident by both our operational deployments as well as both our exercises and deployments designed specifically for TSC.” 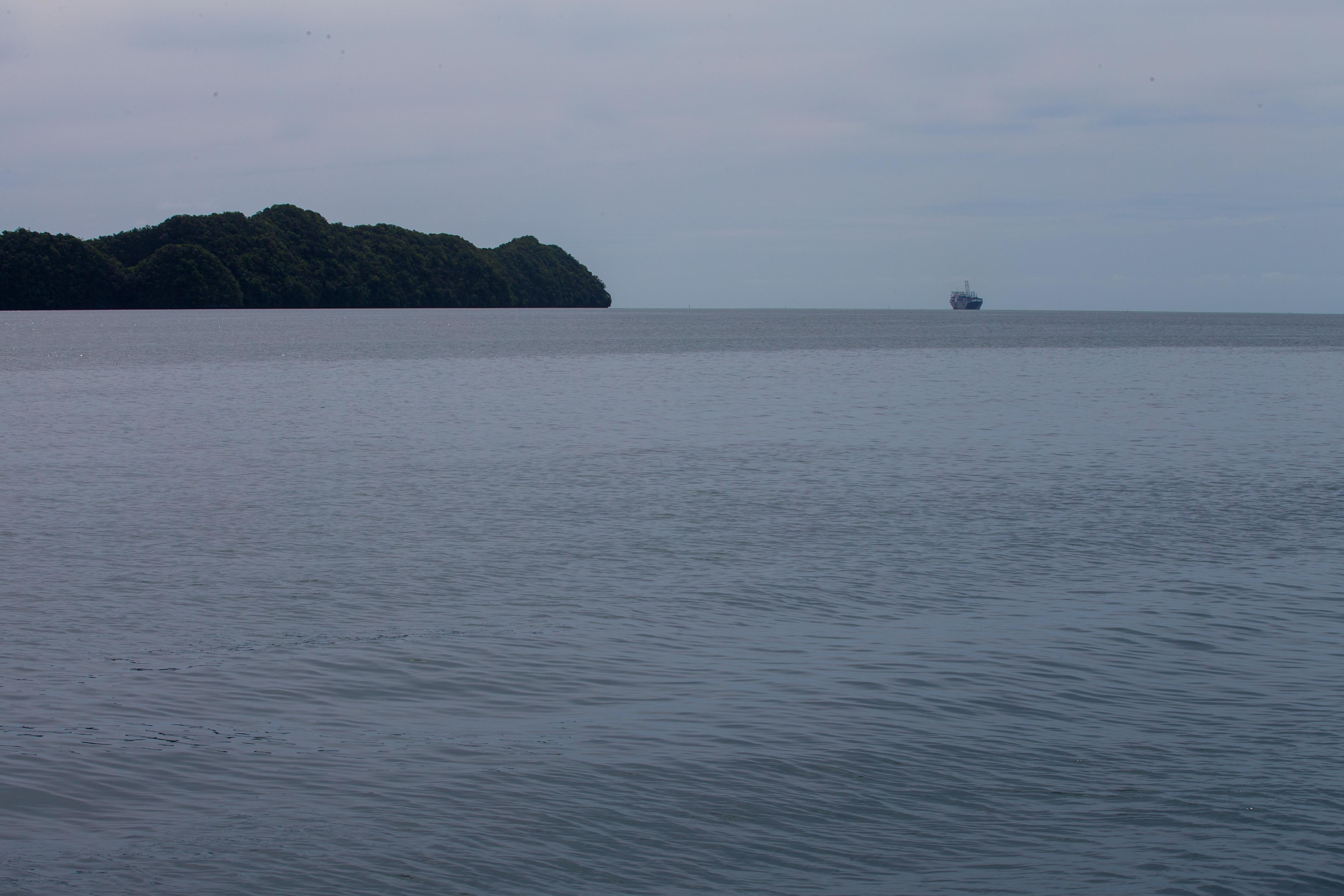 The bulk of this year’s task force were Marines and Sailors skilled in law enforcement and engineering. In Tahiti, engineers and military police formed as provincial rifle platoons to cross-train with French soldiers. “It was an interesting opportunity for the Marines to get into a jungle environment,” he added. “That isn’t something they see in Camp Pendleton.”

Vanuatu’s location along the Pacific Rim’s “ring of fire” makes it prone to natural disasters, and rising sea levels in recent years are forcing the relocation of some villages to higher ground. “They are very proficient at dealing with these things, and they are very resilient,” Butz said, adding, “this is one of those opportunities where we learned more than we expected.”

TF Koa Moana included about a dozen members in a Humanitarian Assistance Survey Team, or HAST. It’s a “purpose-built” team and capability for PACOM to quickly respond in a disaster. The task force met with non-governmental organizations, learning about available resources and how the U.S. military could support NGOs and others, so “if there’s a natural disaster in the region, we can be sent,” he said. In early December, the TF Koa Moana law-enforcement detachment and HAST spent a week in Yap, where they worked with local police on basic tactics and EOD training and met with local officials on disaster preparedness.

Buried, unexploded ordnance remains a threat on Palau, where people continue to find dangerous WWII munitions almost daily, including mines and other dangers sometimes uncovered by erosion and time. “Palau, particularly, was a major defensive position for Japan,” which buried a lot of ordnance and left much behind after the war, Butz noted. So the task force focused on public awareness and UXO familiarization as well as collection and disposal by EOD teams of Marines and sailors.

The task force spent Thanksgiving in Palau, where Marines and sailors helped build structures after Super Typhoon Yutu swept across the island with gale-force winds in October, as well as damaging Tinian and Saipan in the Northern Mahamrianas Islands. Marines and Seabees built shelters to protect Palau’s main Airai airport generators from future storms. “It was a good opportunity for I MEF to continue to work alongside our Navy Seabees,” Butz said. The law enforcement detachment hit the range in Palau to do some live-fire and defensive tactics training with local police.

The 907-foot-long Stockham, a roll-on, roll-off cargo ship operated by the Military Sealift Command, didn’t offload stashed rolling stock and equipment for the exercises but supported task force personnel at sea and ashore. “The ship was very nice. The food was very good, and the Marines enjoyed it,” Butz said. 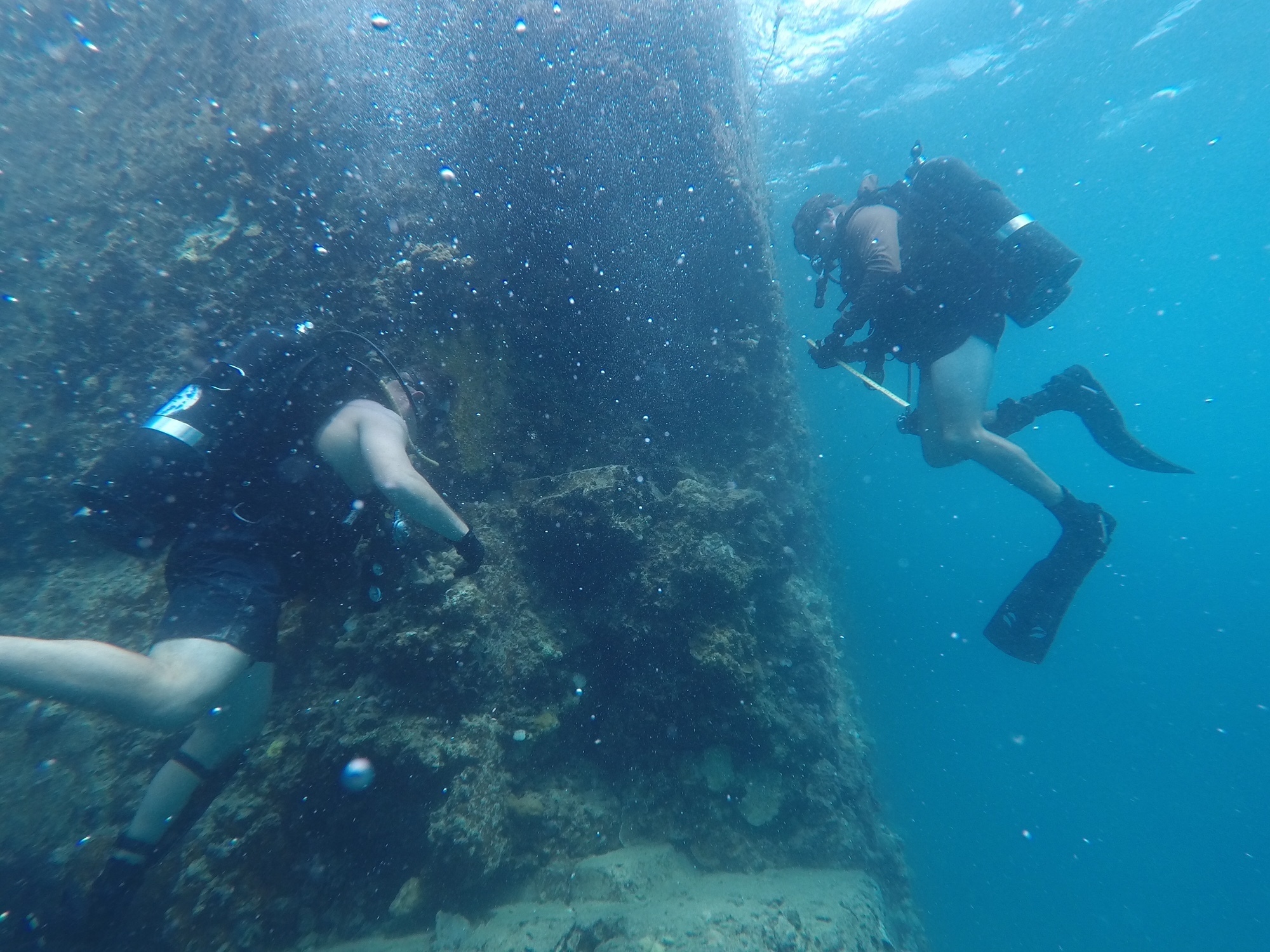 The Koa Moana exercises built on previous iterations that included new and fledgling relationships with partners and allies in Indo-Pacific. The region is a hotbed of growing Chinese activity that’s grabbed the attention of senior U.S. military officials including Indo-Pacific Command’s leader, Adm. Phil Davidson. Davidson, according to The Hindu newspaper, told a New Delhi, India, naval conference Jan. 9 that “we are not asking people to choose between U.S. and China.”

“Most importantly, the capability set that I think must be displayed and put in the battlespace is the alliances and partnerships that we are all capable of,” Davidson said in a statement.
“As we look back… it has been allies and partners that have come together in times of crisis, not to conquer others, but to liberate them. We have proved time and time again that a strategic partnership and set of alliances will triumph for the good of global stability.”

Davidson denied the U.S. presence in the region is a containment strategy for China. “It is advocacy for free nations in terms of security, values, political systems and the freedom to choose their own partners,” he said. “As we look back on the rules-based order over the past 70 years, it has delivered a level of peace and security that has lifted billions out of poverty in all our nations. It is an important part of the international order. And it has been underwritten in many respects, by the combat credibility of not only the United States forces, but the forces represented here on the panel. I think that’s incredibly important to sustain as we move forward.”