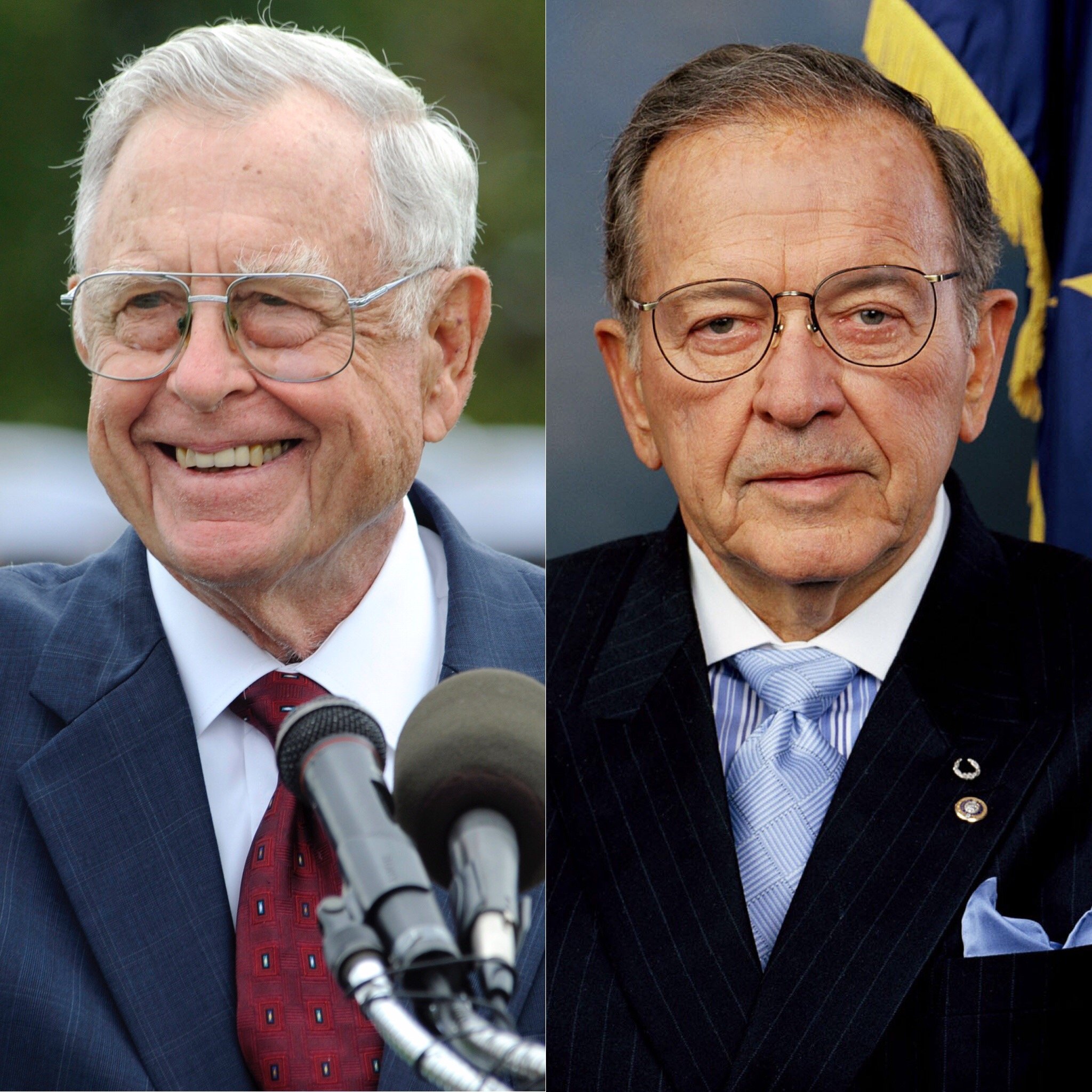 The Navy is naming two upcoming destroyers after a long-time U.S. senator and Vietnam-era naval aviator and POW, the service announced this week.

Secretary of the Navy Richard V. Spencer announced the future ship names over the weekend, citing how both Adm. Jeremiah Denton and Sen. Ted Stevens (R-Alaska) supported the Navy during the course of their long careers serving the nation.

Denton, a 1947 graduate of the U.S. Naval Academy, served for 30 years as an aviator and one term – 1981 to 1987 – as U.S. senator from Alabama. Some of the operational tactics Denton developed, such as dispersing carrier fleets to make their radar signatures harder to spot by the enemy, are still used today, as USNI News reported when he died in 2014.

“Admiral Denton’s legacy is an inspiration to all who wear our nation’s uniform,” Spencer said in a statement announcing the future ship name. “His heroic actions during a defining period in our history have left an indelible mark on our Navy and Marine Corps team and our nation. His service is a shining example for our sailors and Marines, and this ship will continue his legacy for decades to come.”

However, Denton’s actions as a POW are part of military lore. For nearly eight years he was held by North Vietnam after his A-6 Intruder was shot down on July 18, 1965. He routinely resisted his captors, including defying a North Vietnamese attempt to use him for propaganda.

On May 2, 1966, North Vietnamese forces allowed a Japanese television crew to interview Denton about his treatment.

“I get adequate food and adequate clothing and medical care when I require it,” Denton said when asked how he was being treated.

Stevens, who served as U.S. senator from Alaska from 1968 to 2009, served as an Army Air Corps pilot during WWII and was awarded the Distinguished Flying Cross for his actions flying behind enemy lines to support units fighting the Japanese in China. Stevens left the Senate with the distinction of having been the longest-serving Republican senator at the time, according to the Navy.

“Senator Stevens was a staunch supporter of a strong Navy and Marine Corps team who served our nation with distinction as a pilot during World War II, and later as a senator of Alaska,” Spencer said in a statement announcing the future ship name. “I am pleased that his legacy of service and dedication to national security will live on in the future USS Ted Stevens.”

Stevens had been on deck for a ship-naming since the Fiscal Year 2013 National Defense Authorization Act was passed in 2013.

“It is the Sense of the Senate that the next available capital warship of the U.S. Navy be named the USS Ted Stevens to recognize the public service achievements, military service sacrifice, and undaunted heroism and courage of the long-serving United States senator for Alaska,” reads section 8119 of the NDAA.

Both the future USS Jeremiah Denton (DDG-129) and the future USS Ted Stevens (DDG-128) will be built at the Huntington Ingalls Industries’ Ingalls Shipbuilding yard in Pascagoula, Miss., according to the Navy.