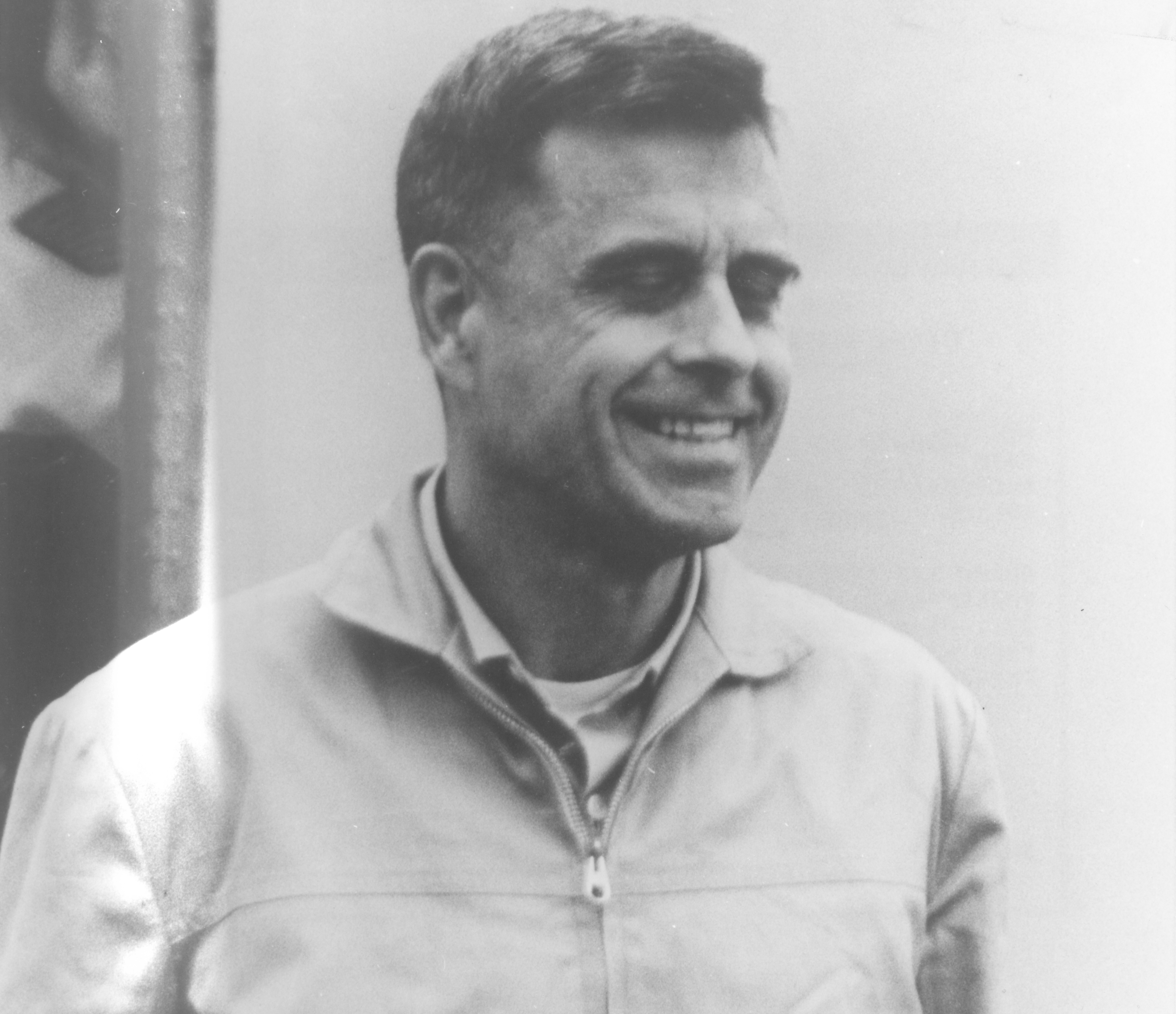 The former U.S. Senator from Alabama, Navy admiral and Vietnam prisoner of war who blinked “T-O-R-T-U-R-E” in Morse Code to alert the world of abuse by his North Vietnamese captors, died on Friday.

Denton — born in Mobile, Ala. and educated at the U.S. Naval Academy — was perhaps best known for his seven and seven month interment by the North Vietnamese in several places including the infamous Hỏa Lò Prison — better known as the “Hanoi Hilton.” He was held with other senior captured U.S. fliers, including U.S. vice-presidential candidate Vice Adm. James Stockdale.

Denton was captured July, 18 1965 when his A-6 Intruder attack fighter was shot down by North Vietnamese troops on his 12th combat mission, according to an oral history recorded by the U.S. Naval Institute in 1976.

An excerpt from Jeremiah Denton’s 1976 U.S. Naval Institute oral history on repeatedly being tortured at the hands of the North Vietnamese.

On May, 2 1966, the North Vietnamese forces allowed Denton to be interviewed by a Japanese reporter as part of a NVA propaganda push.

When the reporter asked Denton how was being treated, he replied, “I get adequate food and adequate clothing and medical care when I require it.”

But during his interview he repeatedly blinked the one word message that was picked up on by U.S. naval intelligence confirming the North Vietnamese were abusing prisoners of war.

Due to his message, and other acts of resistance while a prisoner, Denton was awarded the Navy Cross.

Denton was the first prisoner released as part of the 1973 Operation Homecoming, a negotiated prisoner release with the Vietnamese that allowed prisoners of war to return to the United States following the Paris Peace Accords.

In his oral history, Denton expressed unease of how prisoners were used to negotiate the eventual conclusion to the war versus support for South Vietnam.

“The higher a value the United States evidenced as being placed on the lives of those prisoners, the higher the value the North Vietnamese placed upon us as hostages,” Denton said 1976 interview.
“We would become a blue chip that could be exchanged for a higher and higher price in terms of the settlement of that war.”

In 1976 he wrote the memoir “When Hell Was in Session,” that became a television movie starting Hal Holbrook.

An excerpt from Jeremiah Denton’s 1976 U.S. Naval Institute oral history on his view of the execution of the Vietnam War.

Upon his return Denton continued to serve in Navy, becoming the command of the Armed Forces Staff College before retiring in 1977.

Following his retirement, Denton ran as a Republican for Senate in Alabama and won a surprise 1980 victory as the first GOP senator from the state since Reconstruction.

While in the Senate from, 1981 to 1987, Denton was staunch proponent of family values, lower taxes and a supporter of the Reagan administration’s 1980s era military spending increases.

Following his stint in the Senate, Denton stayed active with politically conservative causes and eventually moved to Williamsburg, Va. in 2007

His wife and mother of his seven children, the former Kathryn Jane Maury of Mobile, died in 2007.

According to a 2005 interview quoted by AL.com, Denton wished to be remembered as, “a guy who really did his best for God’s will being done on earth.”