“We are aware of reports that Jamal al-Badawi was killed in a strike in Yemen,” Navy Capt. Bill Urban, a U.S. Central Command spokesman, said in an email to USNI News. “U.S. forces conducted a precision strike Jan. 1st in the Marib governate, Yemen, targeting Jamal al-Badawi, a legacy al Qaeda operative in Yemen involved in the USS Cole bombing.” 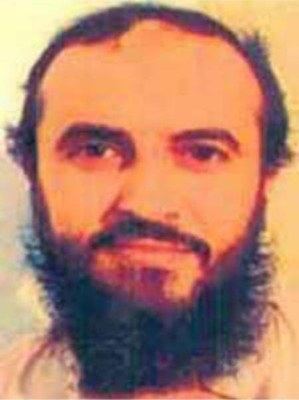 On Oct. 12, 2000, Cole was refueling at the Yemeni port of Aden when two al Qaeda terrorists brought an inflatable Zodiac-type speedboat alongside the destroyer’s port side and detonated a bomb onboard, according to the U.S. Naval History and Heritage Command.

The explosion blew a 40-foot wide hole in Cole and killed 17 sailors. The crew was able to save the ship. The Navy transported the ship to Pascagoula, Miss., for extensive repairs.

Following the explosion, the FBI sent more than 100 agents from the FBI Counterterrorism Division, the FBI Laboratory and various field offices to investigate the bombing. After an extensive investigation, the FBI determined members of al Qaeda planned and carried out the attack, according to the FBI’s investigation history.

A federal grand jury in 2003 indicted al-Badawi and co-conspirator Fahd al-Quso with 50 counts of terrorism-related offenses related to the Cole bombing and an attempted January 2000 attack on USS The Sullivans (DDG-68). The U.S. government issued a $5-million reward for information leading to al-Badawi’s capture, according to the U.S. Department of Justice.

The indictment against al-Badawi claimed the Yemeni national was enlisted by members of Osama bin Laden’s inner circle to help organize the attack. The indictment charged al-Badawi with helping to establish safe houses for the terrorists in Aden and for obtaining the attack boat used in the attack and a truck and trailer used to tow the boat to Aden Harbor.

The federal grand jury charged al-Quso with assisting the attack on Cole by preparing to film it from an apartment overlooking the harbor. Al-Quso is believed to have been killed in 2012 by a U.S. unmanned aerial vehicle strike, according to media reports.