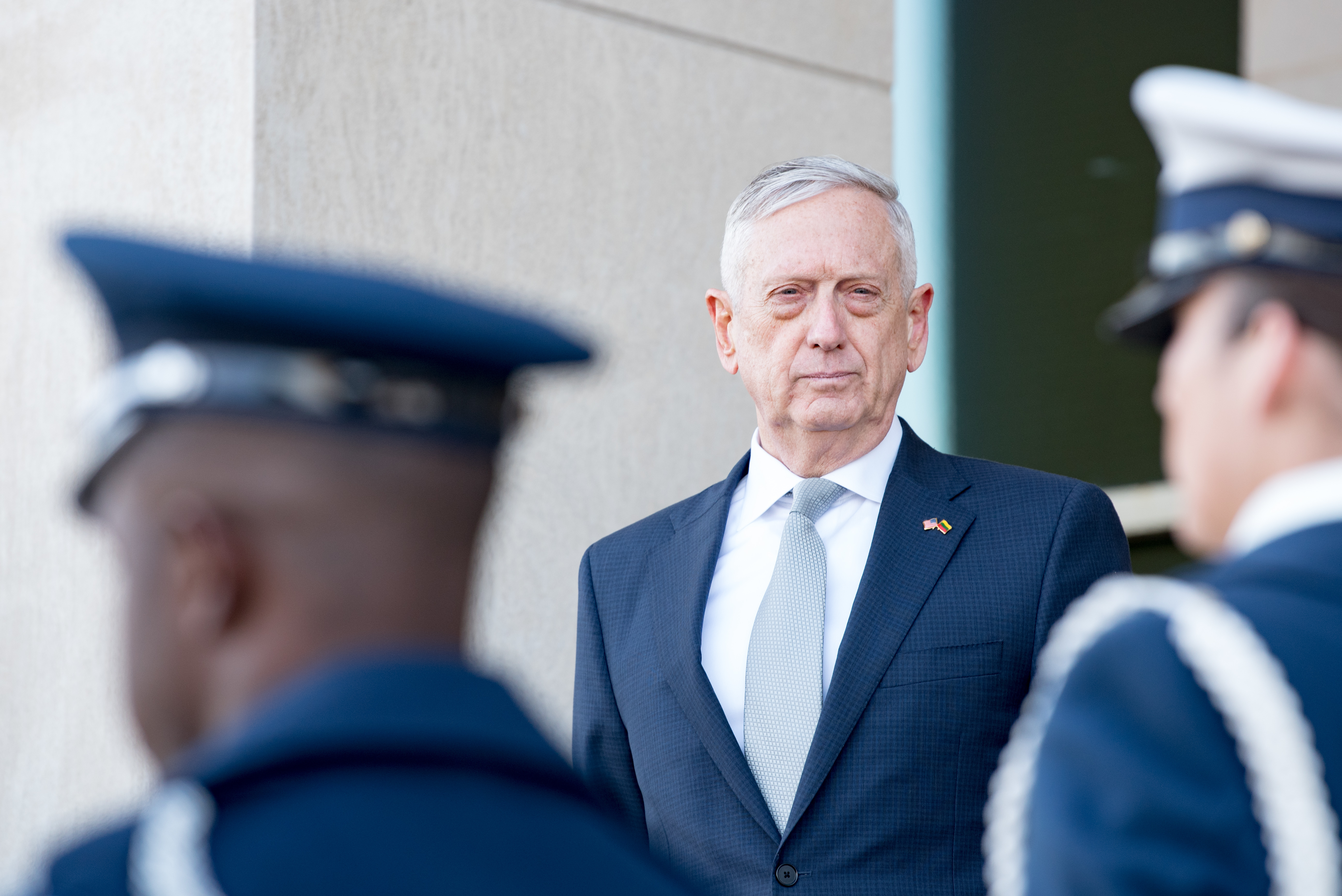 Secretary of Defense Jim Mattis will hand over leadership of the Pentagon two months earlier than originally announced, President Donald Trump said on Twitter on Sunday.

On Jan.1, Deputy Secretary of Defense Patrick Shanahan will serve as the acting defense secretary until the White House finds and the Senate confirms a replacement for the position.

“Patrick has a long list of accomplishments while service as Deputy, & previously Boeing,” Trump wrote. “He will be great!”

I am pleased to announce that our very talented Deputy Secretary of Defense, Patrick Shanahan, will assume the title of Acting Secretary of Defense starting January 1, 2019. Patrick has a long list of accomplishments while serving as Deputy, & previously Boeing. He will be great!

Mattis had originally set a Feb. 28 departure date in his resignation letter, “to make sure the Department’s interests are properly articulated and protected at upcoming events to include Congressional posture hearings and the NATO Defense Ministerial meeting in February. Further, that a full transition to a new Secretary of Defense occurs well in advance of the transition of Chairman of the Joint Chiefs of Staff in September in order to ensure stability within the Department.”

The Wall Street Journal reported that Secretary of State Mike Pompeo informed Mattis of the accelerated exit on Sunday morning shortly before the president sent the tweet.

Now, under Trump’s timeline, former Boeing executive Shanahan will oversee an anticipated early February submission of the Department of Defense’s Fiscal Year 2020 budget request and the subsequent posture hearings before the House and Senate defense committees.

In a Sunday statement, chief Pentagon spokeswoman Dana White said, “[Secretary] Mattis will work with Deputy Shanahan and department leadership to ensure the [DoD] remains focused on the defense of the nation during this transition.”

Mattis’ resignation letter came after the administration decided to pull the 2,000 U.S. ground troops from Syria and significantly draw down U.S. in Afghanistan – moves Mattis opposed.

“Because you have the right to have a Secretary of Defense whose views are better aligned with yours on these and other subjects, I believe it is right for me to step down from my position,” he wrote in his letter.

Mattis spent much of his two years leading the department tending to the U.S. network of allies while moving the military to a posture of great power competition with China and Russia. In his resignation, Mattis stressed the importance of U.S. alliances.

“We must do everything possible to advance an international order that is most conducive to our security, prosperity and values, and we are strengthened in this effort by the solidarity of our alliances,” Mattis wrote.

In a Saturday tweet, following Mattis’ Thursday resignation, Trump wrote, “Allies are very important-but not when they take advantage of U.S.”