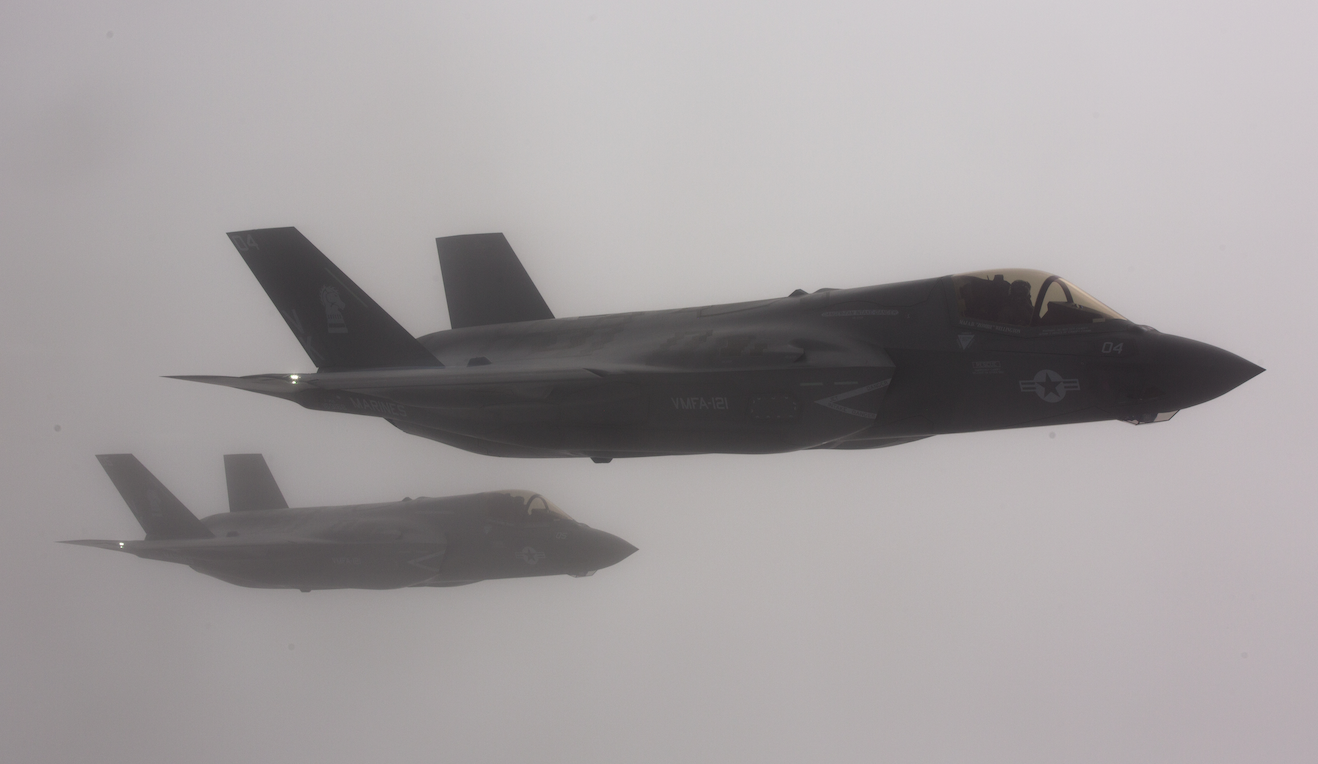 The Pentagon modified its current F-35 Lightning II Joint Strike Fighter contract with Lockheed Martin to include an additional $6 billion intended to keep the production line going as details of a future contract are negotiated.

The F-35 Joint Program Office (JPO) announced the deal late Wednesday. The new funding will pay for the manufacture of 255 F-35 fighters, to be divvied between the U.S. military and for sale to foreign militaries.

At the end of September, the Pentagon and Lockheed Martin signed an $11.5-billion contract to build Lot 11 of the F-35. This latest contract modification is for fighters being built as part of lots 12, 13 and 14.

The U.S. will receive 106 of the 255 F-35 fighters, with the Air Force receiving 64 F-35A models, the Marine Corp receiving 26 vertical lift short take-off F-35B variants and the Navy receiving 16 arrested landing, catapult launch F-35C variants, according to the JPO.

The following is the full JPO contract announcement.

On 14 November the F-35 Joint Program Office (JPO) awarded a modification to the previously-awarded Low-Rate Initial Production Lot 12 (LRIP 12) advance acquisition contract. This award directs the continuation of production activity for all aircraft in the F-35 program’s LRIP 12 contract, as well as aircraft for several international customers in LRIPs 12, 13 and 14 (Fiscal Years 2018, 2019, 2020). This contracting funding strategy provides stability and a steady production rate over a defined period of time, which enables industry to plan and make investments that reduce overall cost and achieve greater manufacturing efficiencies.

This award brings the Department of Defense into compliance with Congressional direction by placing all 20 FY18 (Lot 12) and 16 FY19 (Lot 13) congressional plus up aircraft on contract. It also establishes a $22.7 billion not-to-exceed contract threshold for LRIP 12 aircraft. This Undefinitized Contract Action (UCA) enables F-35 production to continue efficiently while the government and industry teams reach contract agreement. We are committed to reducing costs, and confident the final negotiated LRIP 12 aircraft unit prices will be less than LRIP 11, and enable us to deliver on our goal of an $80 million F-35A by 2020. In parallel, a separate Lot 12 propulsion UCA between the JPO and Pratt & Whitney is currently being negotiated.

This Undefinitized Contract Action will provide critical funds to ensure F-35 production and cost reduction efforts remain on schedule as we partner with the F-35 Joint Program Office to finalize the formal contract agreement. The acquisition approach for Lots 12-14 will deliver significant cost savings and is critical to achieving our joint goal of an $80 million F-35A for aircraft ordered in 2020. This is a smart approach for the taxpayer, the warfighter and for industry. We appreciate the government’s proactive action and partnership to maintain supply chain stability, reduce costs and ensure deliveries remain on track to meet growing demand around the globe.