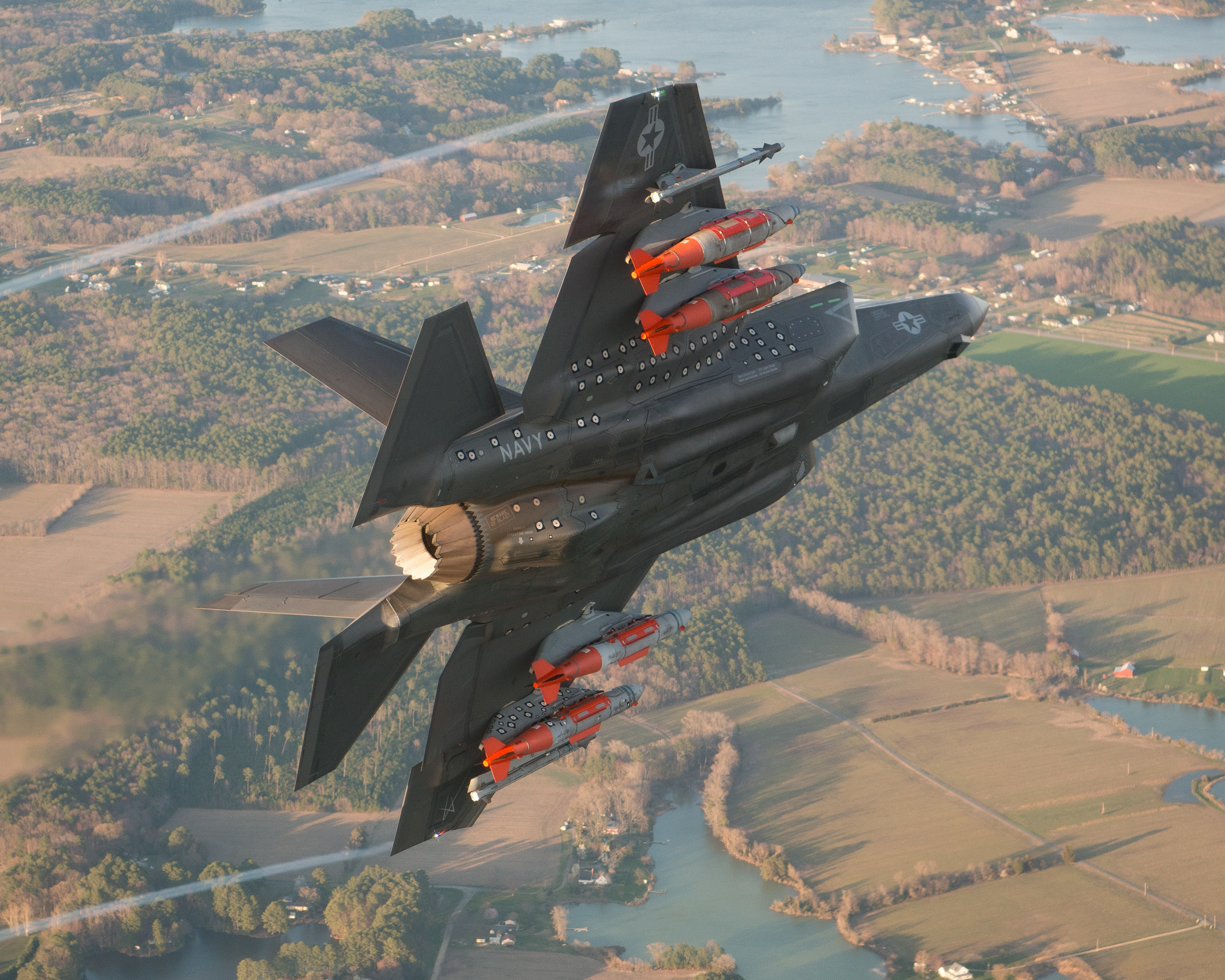 Seeking to install long-term cost savings into what is routinely derided by critics as an overly expensive aircraft, the F-35 Lightning II Joint Strike Fighter program director worked a new incentive regime into the recently inked contract with Lockheed Martin.

The $11.5-billion contract to build Lot 11 — the 141 aircraft included in next batch of F-35 manufacturing — was signed Friday and shaves millions of dollars of the cost of each fighter. The difference with this contract is Lockheed Martin is incentivized to improve its production process, Vice Adm. Mat Winter, the F-35 program director, said during a reporters roundtable Monday.

Past contracts only included cost incentives and fees paid to the manufacturers, rewarding them with boosts to profit margins as long as their costs remained below the contract price tag.

However, inefficient production lines meant prime contractor Lockheed Martin routinely missed monthly manufacturing targets, Winter said. Costs remained high – between $94 million and $122 million per aircraft, depending on the variant – because of the need to frequently rework, repair, or scrap parts with manufacturing mistakes.

“We deliver predominantly defect-free aircraft,” Winter said. “Right now, Lot 10 aircraft are coming off defect-free, but these quality issues during the production line process is causing those late monthly deliveries and increased cost to the contract.”

The new Lot 11 contract is designed to reward Lockheed Martin with boosts to its profit margin if the production process is improved, Winter said.

“I’m not incentivizing them to make fee. I’m incentivizing them to change their performance, and that’s a big key. That’s a dialogue we have not done on previous contracts,” Winter said. “We have taken a portion of that same fee amount, a portion of it – not an increase, same portion – chiseled it out and said, if you don’t increase your performance you won’t get this fee. If you increase your performance, then you get the same fee you have in the past.”

The propulsion contract with F-35 engine maker Pratt & Whitney has similar production incentives, Winter said. The goal is to build an F-35A – the variant using standard runways for takeoffs and landings – for less than $80 million per aircraft. Winter thinks squeezing savings from the production line, as the rate of production steadily increases with each lot, should accomplish this goal by the time a Lot 14 contract is signed.

“This will be the way we do business and the construct for the future,” Winter said.