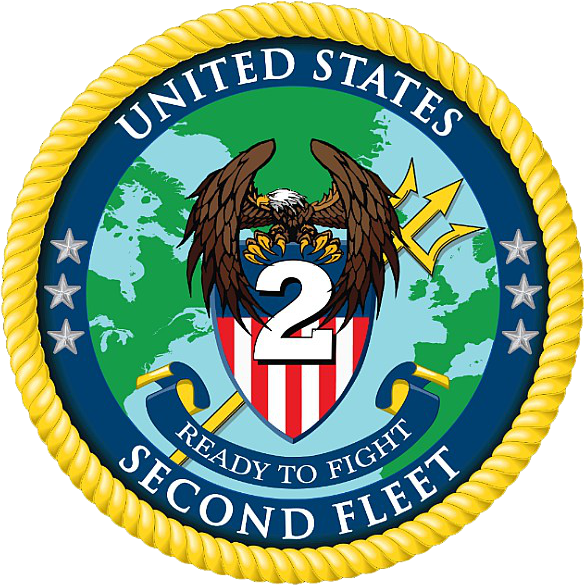 This post has been updated to include a statement from U.S. 2nd Fleet.

ARLINGTON, Va. – The Navy has not yet worked out all the details of how the new U.S. 2nd Fleet will pass control of forces to and from U.S. 6th Fleet in Europe, but a U.S. Fleet Forces Command director is confident the Navy will be able to conduct seamless theater anti-submarine warfare throughout the entire Atlantic.

2nd Fleet Commander Vice Adm. Andrew Lewis still only has about a dozen people on his staff and is still in the process of finalizing the numbered fleet command’s missions, tasks and functions, according to Rear Adm. Doug Perry, director of joint and fleet operations at Fleet Forces Command. 2nd Fleet is gearing up to reach initial operational capability in the spring and full operational capability about a year from now, Perry said while speaking at the Naval Submarine League’s annual symposium last week.

Though much is still to be decided, he said 2nd Fleet was resurrected this year because the Navy needed a commander to direct sustained combat operations in the Atlantic. Perry made clear that the standup sends the message that “we understand we are in a battle for the Atlantic, and we will contest it.”

Lewis told USNI News today, “For the last several months my team has spent a considerable amount of time conducting mission analysis in order to build a new C2F that is fit for its time. The 2nd Fleet staff is lean, agile, and most importantly, operationally focused. We have the opportunity to build this command with purpose, and that is what we will do.”

Asked during a question and answer session how 2nd Fleet and 6th Fleet would work together, Perry said that was all yet to be decided. Technically, U.S. Northern Command and U.S. European Command – the joint commands that own 2nd Fleet and 6th Fleet, respectively – are divided at the 45 West line of longitude, which hits Greenland around its southernmost point.

Though NORTHCOM owns the forces west of that line and EUCOM owns forces east of that line, “what they don’t restrict – and we have proven this over the last several years, I can’t go into all the details – but we have proven through demonstrating our ability to execute theater ASW execution orders and task orders that we can operate our forces across 45 West. We can shift (tactical control) of forces, (operational control) of forces, force flow from NORTHCOM under service authority, U.S. Fleet Forces Command under service authority, to the European theater,” Perry said.
“We can do that and have the right operational commander in control of an anti-submarine warfare asset – whether that’s a P-8 Poseidon, a submarine or a destroyer. So the 45 West line does not impede us getting the mission done” today and would not impede that under the new 2nd Fleet/6th Fleet construct.

Creating an interesting dynamic to work through is that Lewis is double-hatted in his job. He will command 2nd Fleet, putting him on par with Vice Adm. Lisa Franchetti as a numbered fleet commander. But Lewis will also command Joint Force Command Norfolk, putting him on par with Franchetti’s boss, Adm. James Foggo, who commands all U.S. naval forces in Europe as well as JFC Naples in Italy.

Though it is still unclear who will command what forces in what locations under what circumstances, Perry said it was vital that naval leaders on both sides of the Atlantic are on the same page about providing high-end training that corresponds to potential high-end conflict.

“Great power competition today at the tactical level really means that every submarine that submerges, every destroyer that leaves the pier, every F-18 that launches off of a carrier – even the reconnaissance aircraft that flies out of Keflavik (Iceland) or out of the U.K. – they can expect and plan to have an encounter with a Russian or a Chinese equivalent aircraft or ship or submarine. … So we must prepare our crews on a daily basis to that high-end fight,” Perry said. The high-end live and virtual training taking place in the Western Atlantic prepares forces to deploy to the Eastern Atlantic, “so that when that 22-year-old Hornet pilot encounters that SU-27 Flanker or whatever other platform, he doesn’t flinch. Because if he flinches, our adversaries will know where our weak points are.”