The live exercise portion of Trident Juncture 2018 wraps up today, after an early hiccup but a successful amphibious landing and training ashore in the largest NATO exercise in years.

The massive exercise – which grew to include more than 50,000 personnel, 65 ships and 250 aircraft, including 14,000 American troops, a carrier strike group (CSG) and an amphibious ready group (ARG) – centered around a scenario of protecting Norway from an invasion at its borders by inserting reinforcements by air and by amphibious landing.

A key piece of the amphibious landing was the Iwo Jima ARG and embarked 24th Marine Expeditionary Unit. The ARG/MEU stopped in Iceland for training on the way to Norway, but the two smaller ships, dock landing ship USS Gunston Hall (LSD-44) and amphibious transport dock USS New York (LPD-21), had to return to Iceland when heavy seas hampered their voyage to Norway. Personnel on the LSD suffered minor injuries, and the well deck of the ship and an unsecured landing craft utility (LCU) were damaged in the heavy seas. The LPD returned to Iceland with the LSD as a precautionary measure. New York made it to Norway for the start of the exercise, but Gunston Hall did not.

Several Navy officials have not been able to give USNI News a status update on Gunston Hall. A damage assessment appears to still be ongoing. 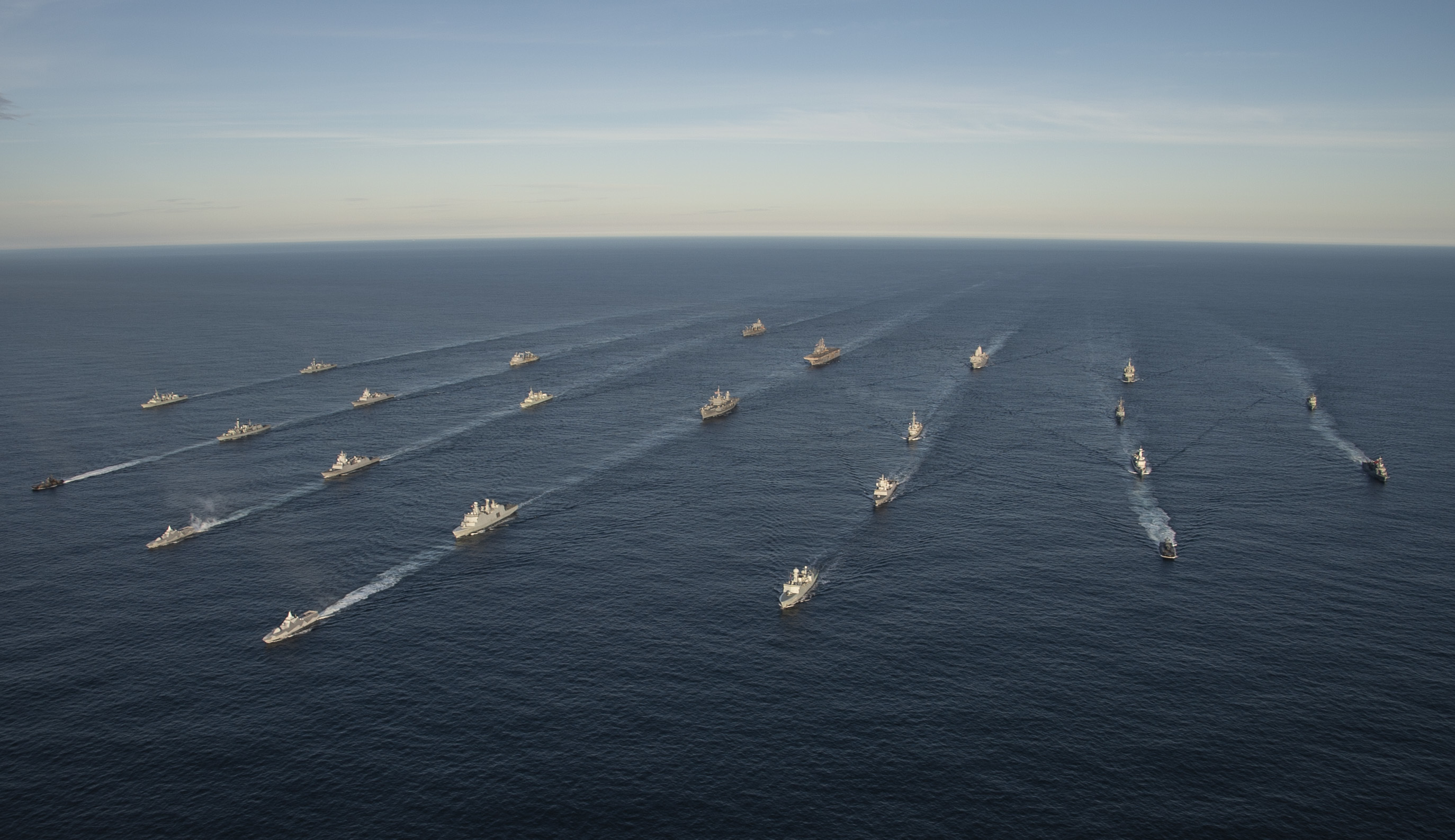 Twenty-four ships from 14 nations assemble in formation for a photo exercise at the conclusion of Trident Juncture 2018, Nov. 7, 2018. US Navy photo.

The Marines assigned to Gunston Hall, though, were flown to Norway along with their gear to participate in the landing and exercises ashore.

“All of the Marines aboard USS Gunston Hall who were scheduled to participate were transported to Norway to participate in Exercise Trident Juncture. The Expeditionary Strike Group and 24th MEU made the appropriate transfers of equipment among the three ships of the ESG in order to ensure that the 24th MEU would be able to meet its exercise objectives,” Marine Corps Maj. Adrian Rankine-Galloway, a spokesman for U.S. Marine Corps Forces Europe and Africa, told USNI News.

Marine 2nd Lt. Larry Boyd, the director of communications strategy for 2nd Marine Division, added that all Marines got ashore in Norway in some fashion, with those on the LSD being flown to Norway on a C-130 transport airplane. From there, some were able to embark New York before the landing, and others remained ashore to meet up with the rest of the MEU for ashore training, Boyd and Navy Capt. John Perkins, a spokesman for U.S. Naval Forces Europe, both told USNI News. 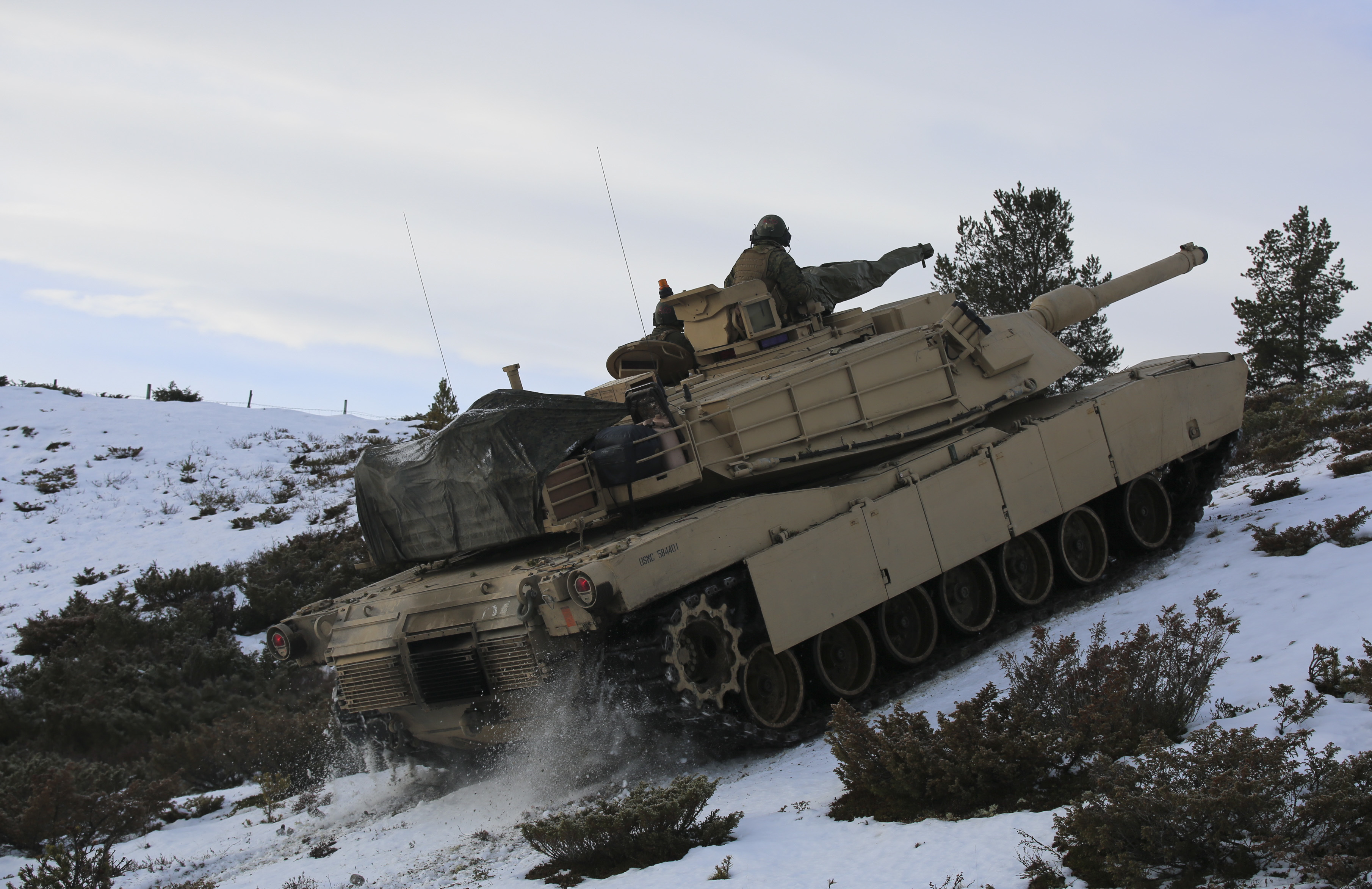 “We came to the North Atlantic looking for a challenge and Trident Juncture delivered; throughout the exercise the environment forced us to be flexible and adaptive,” Maj. Anthony Bariletti, the 24th MEU operations officer, said in the news release.
“It is the adaptability that makes Marine Expeditionary Units such a lethal crisis response force. As Marines, we gain our lethality from the ability to operate as part of a naval integrated team. The ability to conduct amphibious operations in the premier core competency of our service and this exercise provided an outstanding opportunity for the 24th MEU to hone its skills and prepare for combat as a forward deployed, sea-based Marine Air-Ground Task Force.”

Additional amphibious landings took place in the exercise, including a French-led force that also included Dutch Marines, Finnish Coastal Jaegers and Royal Marines with their Viking All Terrain Vehicles.