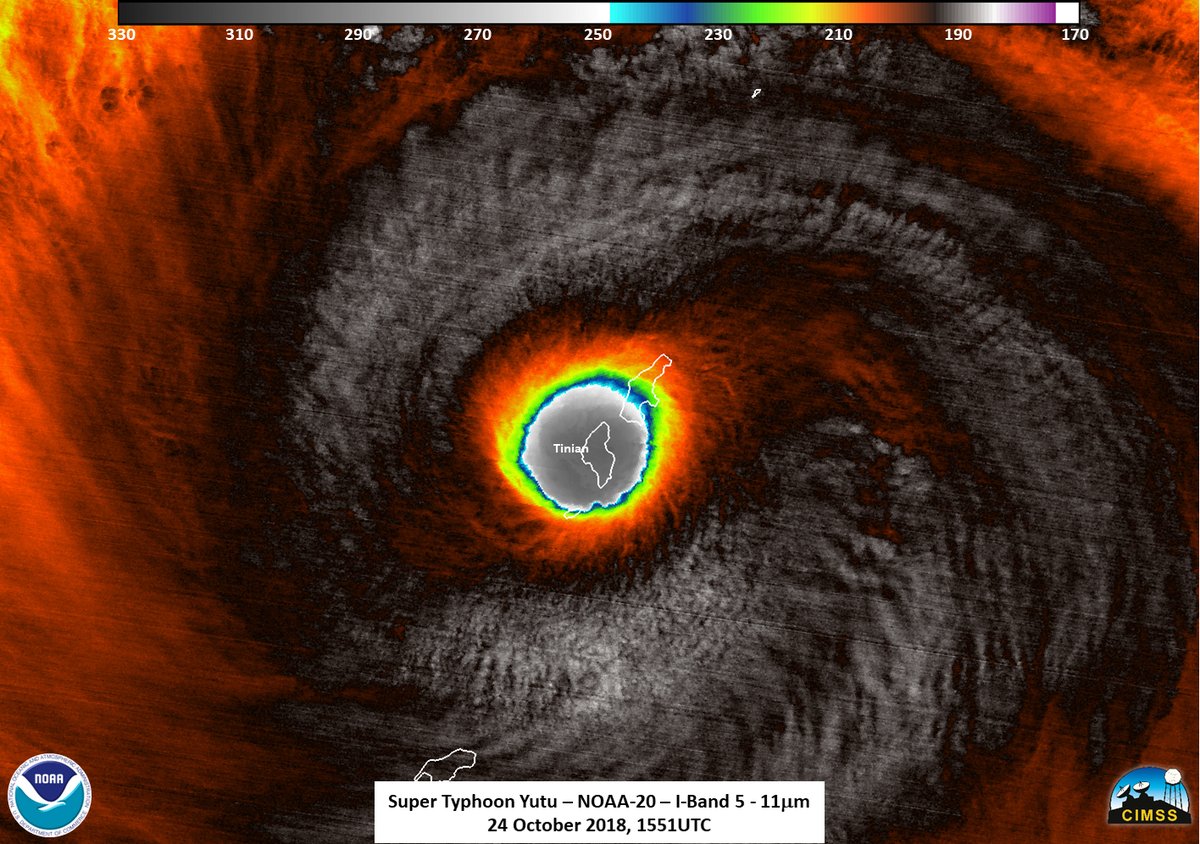 NOAA tweeted this satellite photo of Tinian Island, one of three main islands of the Northern Mariana Islands, in the eye of the tapestry. NOAA photo.

The U.S. Navy and Marine Corps are delivering supplies to the Commonwealth of the Northern Marianas Islands (CNMI) in the wake of category 5 Typhoon Yutu which devastated the island chain two weeks ago.

The more populated islands of Rota, Saipan and Tinian – as well as the sparsely populated or uninhabited islands in the Northern Islands municipalities – were declared disaster zones after Yutu blew through the region. The island of Tinian was completely encircled by massive storm’s eyewall at one point, according to news accounts posted to the site Weather Underground and National Oceanographic and Atmospheric Agency (NOAA) satellite imagery.

“Having seen the extreme damage caused by the typhoon on both Tinian and Saipan, I couldn’t be prouder of all the work that our sailors and Marines are doing to help our fellow American citizens,” Rear Adm. Brad Cooper, the commander of Amphibious Force 7th Fleet, told USNI News in an email. 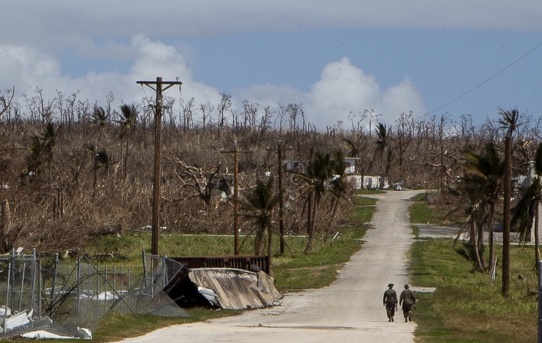 Over the weekend, amphibious dock landing ship USS Ashland (LSD-48) and embarked Marines from Combat Logistics Battalion (CLB) 31 arrived in greater CNMI region to deliver food and supplies to the U.S. islands. Ashland expects to provide more than 4,800 gallons of water and 5,400 gallons of fuel to the islands, according to the Navy. Ashland is also delivering tents, generators, air conditioning units, vehicles and various equipment to remove debris.

“Our main priority is to work with our leadership and local officials in alleviating as much suffering as possible in CMNI,” Cmdr. Patrick L. German, Ashland’s commanding officer, said in a statement. “Our advance party has surveyed the area and identified a safe debarkation point for Marines, sailors, and equipment going ashore via our landing craft.” 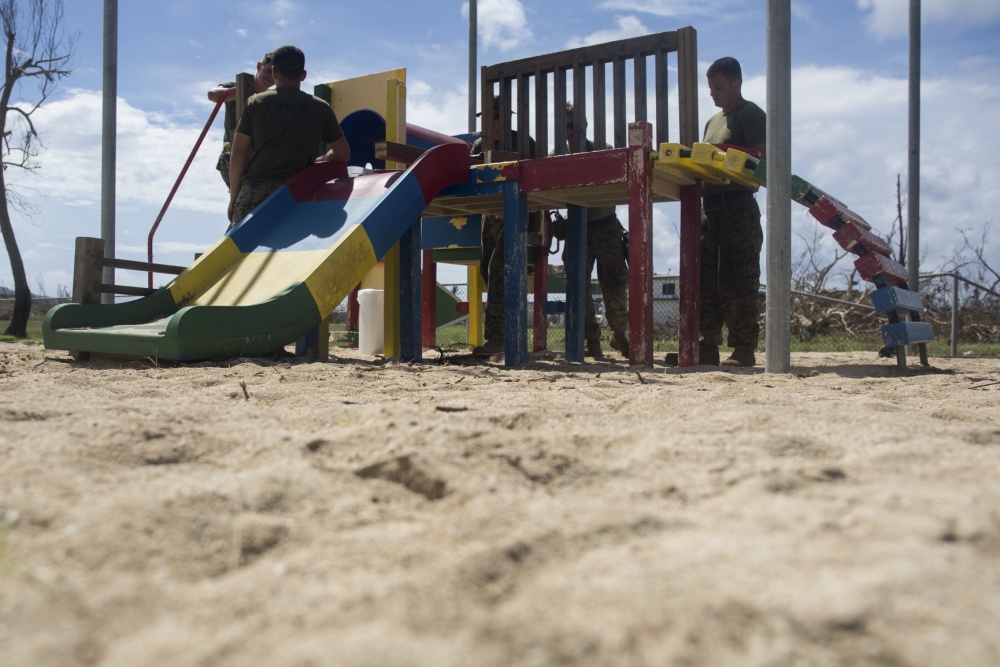 Marines with Combat Logistics Battalion 31 repair a preschool playground on Tinian, Commonwealth of the Northern Mariana Islands, that was damaged by Typhoon Yutu. Marine Corps photo.

Roughly 52,300 people live in the Northern Marianas’ 14-island archipelago, but the vast majority of residents live on the islands of Rota, Saipan and Tinian, according to the U.S. Department of the Interior. The Northern Marianas are located north of Guam and are roughly 1,272 miles from Tokyo, compared to 3,300 miles from Honolulu.

Yutu is the third storm to make landfall in the Northern Marianas since August. The earlier two typhoons either made landfall or passed very close to the islands, in both cases severely damaging the islands’ infrastructure.

On August 7, the Navy scrambled USS Ashland (LSD-48) and elements of the 31st Marine Expeditionary Unit (MEU), at the request of the Federal Emergency Management Agency, to provide disaster relief to Saipan. The island was hit by Typhoon Soudelor, a category 2 storm with reported winds of 105 miles per hour on August 2 and 3, according to AccuWeather.

A month later, Ashland returned to the region, joined by USS Wasp (LHD-1) and Marines from the 31st MEU to help the islands recover from Typhoon Mangkhut. The storm’s eye passed over Rota before increasing in intensity as it approached the Philippines. 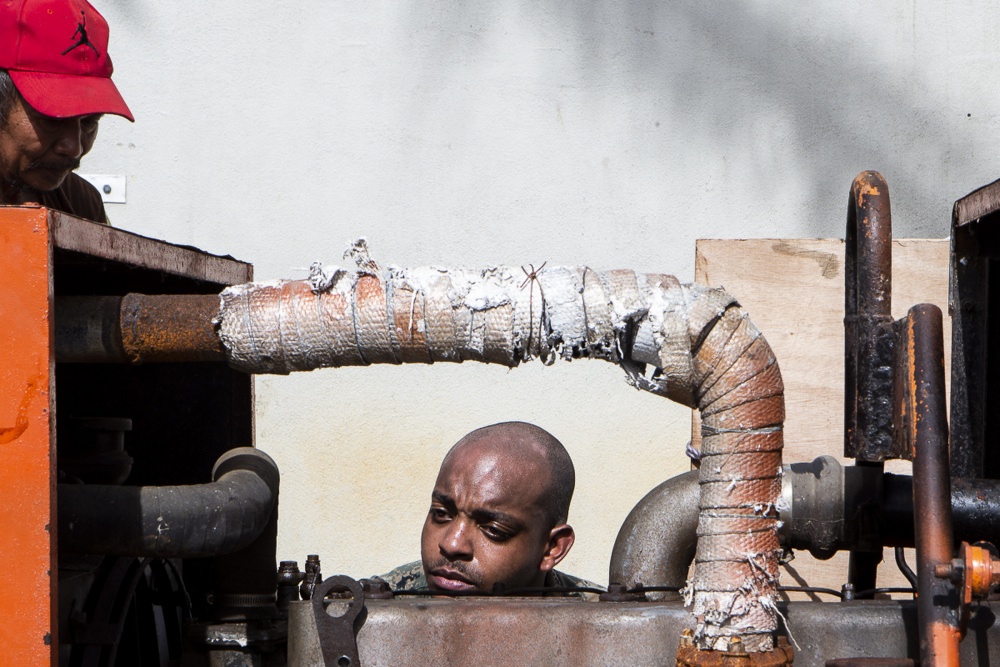 Sgt. Byron Meekins, a generator mechanic with Marine Corps Combat Logistics Battalion 31, helps a local repair a generator at the gas station on Tinian, of the Northern Mariana Islands, that was damaged by Typhoon Yutu. Marine Corps photo.

Now, Ashland is in the Northern Marianas again, using two Landing Craft Utility connectors from Navy Beach Unit 7 to bring vehicles and supplies ashore. Ashland is also increasing the range of helicopters shuttling personnel – including Guam Army National Guard troops – and supplies between islands by serving as a refueling lily pad at sea. 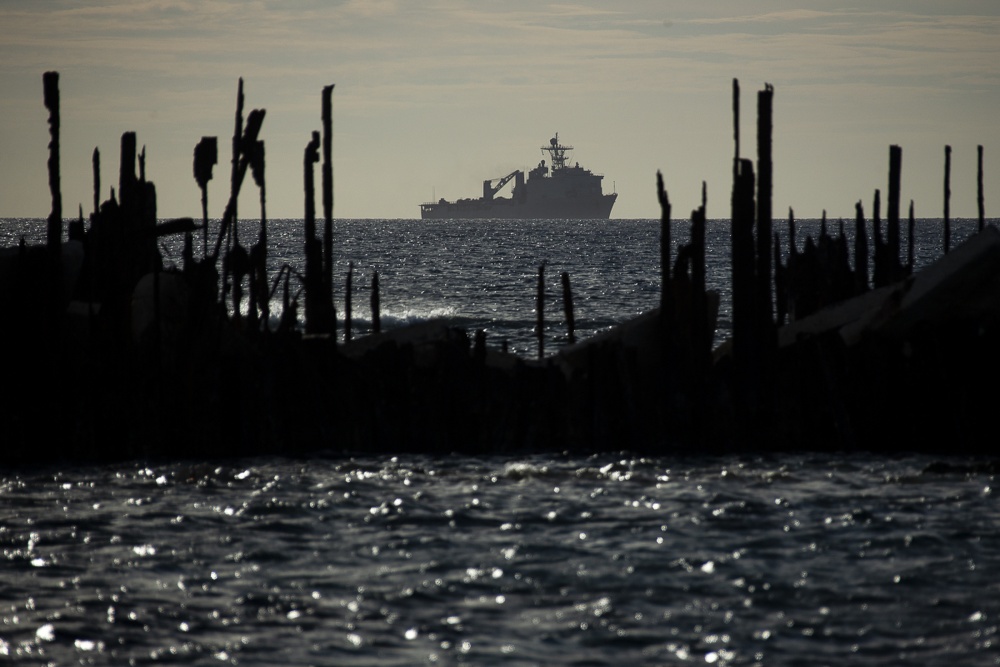 “This combination of Navy and Marine Corps team provides great flexibility in transporting a variety of equipment to include the movement of Guam Army National Guard equipment to Saipan with minimal support from shore facilities,” Capt. Jim McGovern, commodore for Amphibious Squadron 11, said in a statement. “This is an important mission, and we are privileged to be supporting our fellow citizens.”