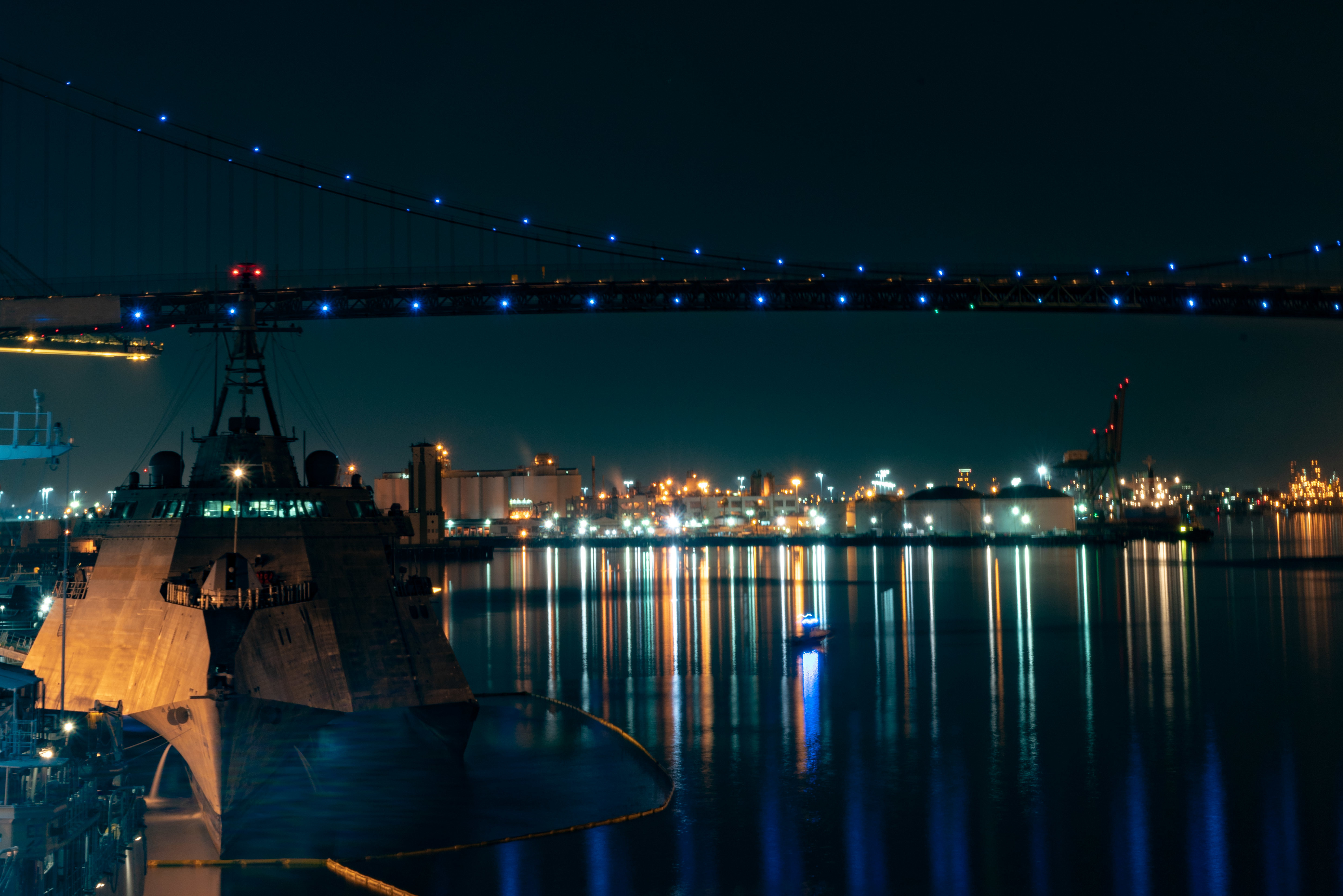 Manchester (LCS-14) rests in the Port of Los Angeles during during a scheduled visit for LA Fleet Week on Aug. 31, 2018. US Navy Photo

KUALA LUMPUR, MALAYSIA – The Navy is still committed to resuming rotational deployments of the Littoral Combat Ship to Southeast Asia, Chief of Naval Operations Adm. John Richardson said, though he declined to specify when the deployments would resume.

Speaking to reporters in the Asia Pacific region, Richardson told USNI News he did not want to get into specifics of future deployment dates.

“I can tell you that that the United States Navy is committed to the rotational deployment of the Littoral Combat Ship to Singapore in Southeast Asia. We look forward to using this to engage with our allies and partners, to continue to advocate for freedom of navigation as we have done with the Littoral Combat Ships and other classes,” he said.

The Navy is now focused on ensuring that the follow-on deployments of the LCS incorporate the lessons learned from earlier deployments, he said.

The U.S. and Singapore had agreed in 2011 to rotational deployments of up to four Littoral Combat Ships to Singapore. It was envisaged that by 2018 up to four Littoral Combat Ships would be operating from there; however, issues with the LCS program have led to only three single-ship deployments being carried out so far in the program’s history. The Navy planned for two LCSs to be deployed in Singapore in 2018, but a readjustment of the LCS program led to shifting deployment schedules. 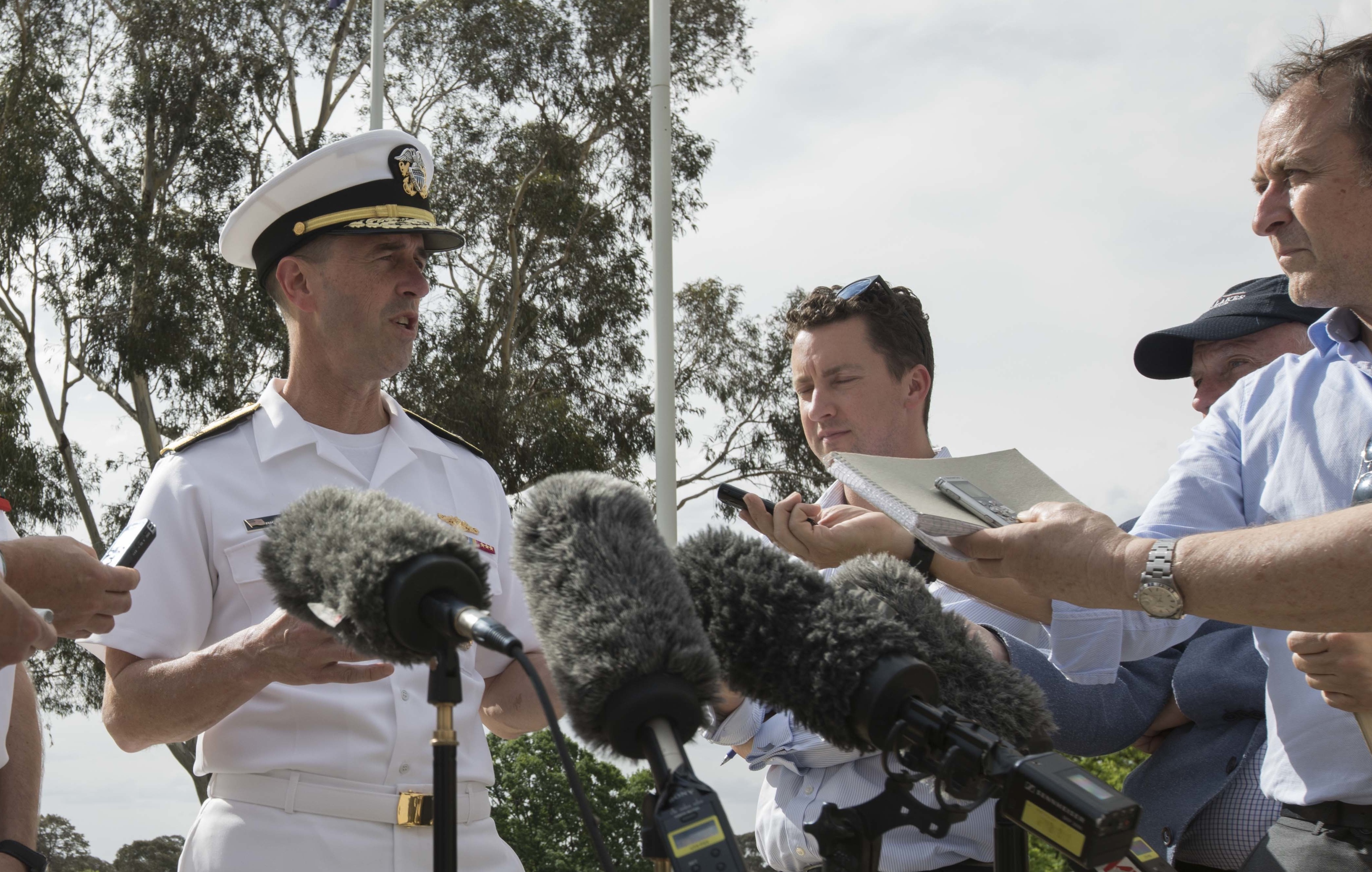 Chief of Naval Operations Adm. John M. Richardson speaks with reporters on a trip to Australia on Nov. 1, 2018. US Navy Photo

Richardson also stressed the need for nations operating in Pacific waters to adhere to the Code for Unplanned Encounters at Sea (CUES) and avoid miscalculations and escalations. While encounters between the U.S. Navy and Chinese People’s Liberation Army Navy (PLAN) in the region have largely been professionally conducted according to CUES, the recent encounter between USS Decatur (DDG-73) and a PLAN destroyer marked a departure from these safety practices.

“We would certainly advocate for a return to the consistent adherence to the agreed-to code that would minimize the chance for a miscalculation that would possibly lead to a local incident and potential escalation, and so what we want to do is avoid those type of scenarios, stick to the code and maintain safe and professional behavior,” he said.

Richardson stressed that the carrying out of Freedom of Navigation operations were part of a broader scope of contesting excessive maritime claims around the world – and not solely limited to the South China Sea – and that the Navy would continue to conduct such operations in conjunction with its allies and partners globally. On the recent passage of guided-missile destroyer USS Curtis Wilbur (DDG-54) and guided-missile cruiser USS Antietam (CG-54) through the Taiwan Strait, Richardson said the mission was meant to demonstrate free and open navigation in international waters and was executed in a safe and professional manner by all parties involved.

Richardson was in Australia as part of a regional tour that also included visits to the Philippines and Indonesia. He is scheduled to visit New Zealand next on his tour.