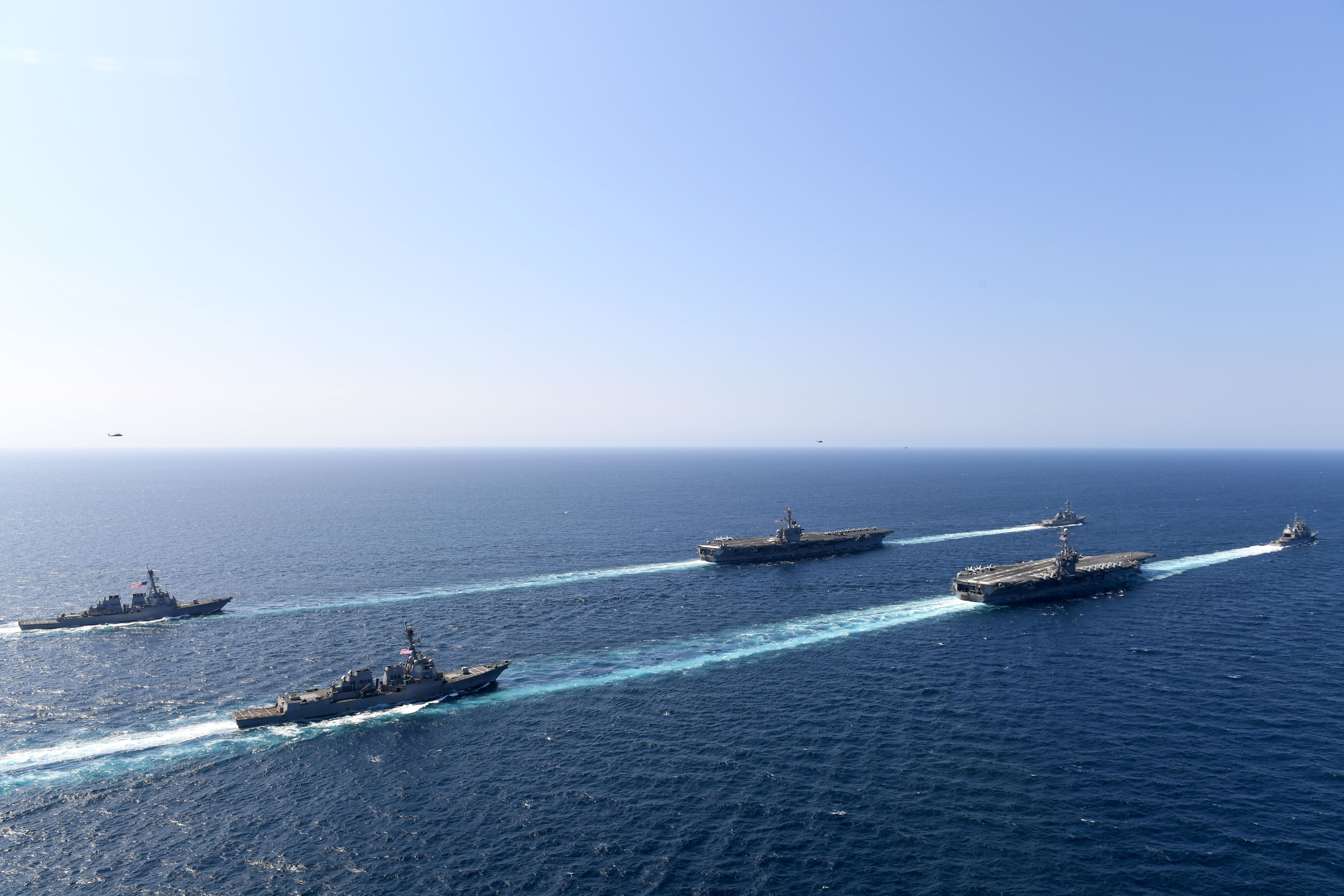 WASHINGTON, D.C. — The Heritage Foundation released its fifth annual Index of U.S. Military Strength that stated the armed services are too small, too old and not ready enough to support a credible two-war battle force.

“The deterrent value is certainly being compromised” by these factors, Dakota Wood, senior research fellow for defense programs at Heritage and lead editor of the index, said at a Thursday morning rollout event.

For the Navy specifically, the index highlights the need to grow the fleet and boost its readiness – but it also demonstrates how the age of many of today’s ships will complicate that effort.

Another way of looking at the fleet’s age is that half the ships are more than 20 years old. These older ships bring with them increased maintenance challenges and higher costs to keep ready – a fact made clear by ongoing struggles to get aircraft carrier USS Dwight D. Eisenhower (CVN-69) out of maintenance and back to the fleet.

With a force that skews towards older ships, the Navy can expect a hefty bill in the coming decades to simply replace these ships on a one-for-one basis, let alone grow the force.

The Navy has plans to grow to a 355-ship fleet. The timeline for reaching that figure was accelerated due to a class-wide service life extension for all Arleigh Burke-class destroyers, but ultimately that just delays a dip in the fleet once those DDGs eventually decommission.

The Heritage Foundation, though, recommends a 400-ship Navy to support a two-war capability – which the Pentagon had years ago endorsed but later revised to being able to fight one war and deter aggression in a second theater.

The index assesses that, to fight and win two major contingencies, the Navy would need to provide 13 carrier strike groups and 12 expeditionary strike groups simultaneously, based on historical data of forces used during major wars and contingencies. To keep that sized force forward, with follow-on forces training at home and ships being maintained ahead of rotating forward, the Navy would need 400 ships. The service has 284 deployable battle force ships, according to new counting rules, which is 29 percent short of the 400-ship figure.

Overall the index rates the Navy as “marginal” in strength – the middle rating, essentially a 3 out of 5. Navy capability and readiness also scored a marginal rating. Capacity, though, is rated as weak, or a 2 out of 5.

Wood said during the index rollout that quantity is a major factor when he looks at the strength of the military as a deterrent force: the Navy needs to sufficient numbers “to commit a force, and have uncommitted capability either for reinforcement or to have time and resources available for training and competency.”

Extending the life of the destroyers, for example, does help boost the numbers, but he cautioned against relying on that too much.

“Do I continue to extend the life of a legacy platform to the point where the maintenance cost are eating my budget up and it’s not really giving me relevant, credible combat power with the unfolding of newer battlefields, with the ability of the enemy to bring fires against me?” he told USNI News during a question and answer session.
“And yet, you still need this numbers issue. So if the Navy is really hampered by lack of ships, how do I get more ship hulls into the water? Well, I have steel right here tied to the pier. So I think in the prioritization within that decision (to extend the DDG service life), they said the need for hulls at the moment outweighs the need to stop those kinds of modernization efforts and apply that money to some future ship that maybe hasn’t even been designed yet.”

He noted that uncertainty about the future may be part of the issue for the Navy today. Numerous studies have suggested that a potential war in the Pacific, for example, would require capabilities and ship classes the Navy does not have today, such as a corvette, a frigate, a light carrier and other ideas. Wood said the Navy needs to come to a decision on whether a fight within the enemy’s threat ring would be fought with power concentrated on large ships, like an aircraft carrier, or with a flotilla of smaller patrol craft and small combatants; and if an amphibious assault would require large amphibious assault ships with large well decks, or “something else.”

“Nobody knows what the something else is, so I’m very reluctant, as a service, to let go of something that I currently have and I have utility for given today’s challenges, in the hope that I’m going to be able to grab onto something that’s not even off the design books,” he said.