Huntington Ingalls Industries closed the sale of its Avondale shipbuilding facility to a joint venture between an industrial redevelopment company and marine terminal operator.

The purchaser, Avondale Marine, will be run by Norfolk, Va.-based T. Parker Host and Hilco Redevelopment Partners, Chicago-based Hilco Global. Located on the Mississippi River, about 12 miles upstream from the heart of New Orleans, the roughly 254-acre site is slated to become an intermodal transportation center serving commercial shippers, according to Avondale Marine.

“For generations, Avondale Shipyards has been a source of pride for the community that generated jobs and economic development,” Adam Anderson, the chief executive of T. Parker Host and principal of Avondale Marine, said in a statement. “Our team will unleash its potential by transforming the shipyard into a global logistics hub for intermodal commerce. As we usher in a new era for this facility, we will benefit from the strength and skill of the workforce in Jefferson Parish and Louisiana.”

The future of Avondale has gone through a few changes since 2013 when HII announced the facility would no longer build ships. Shipbuilding activities ceased in October 2014. At first, company officials considered turning the facility into a liquified natural gas terminal, as mentioned in a 2013 interview with USNI News.

Avondale started building ships in 1938. In recent years, the yard produced the Whidbey Island-class and San Antonio-class of amphibious ships. The yard was one of three facilities spun-off by Northrop Grumman to form HII. To save money, improve production efficiencies and reduce program costs, HII decided to combine its Gulf-coast shipbuilding activities at its Pascagoula, Miss., facility, according to the HII annual report. 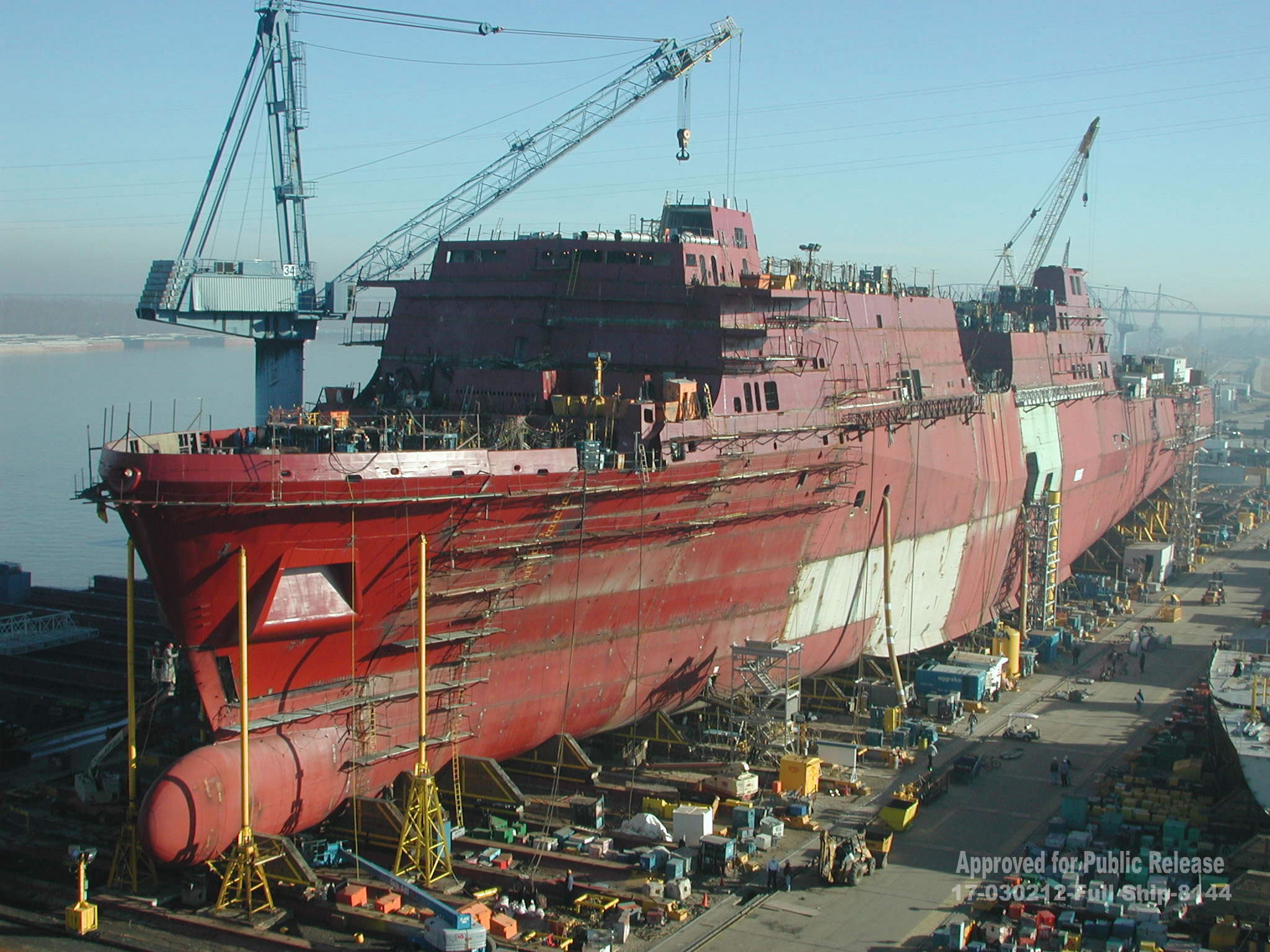 San Antonio (LPD-17) is under construction at the then Northrop Grumman Ship Systems, Avondale Operations in 2003. US Navy Photo.

“We are very proud of our legacy at Avondale and the many contributions that generations of its shipbuilders made to our national security,” Brian Cuccias, the president of Ingalls Shipbuilding, in a statement. “Ingalls will continue to maintain a presence in Louisiana, not only at the UNO Center but also through the many Louisiana residents who commute to Pascagoula each day to help us build the ships we produce for our nation’s defense. We are pleased that Avondale Marine plans to put the facility back into commerce and look forward to its success.”

As of June 30, 2018, HII reported $41 million worth of Avondale’s assets were for sale the newly formed entity Avondale Marine.

“We’re thrilled to leverage our extensive experience in redeveloping and transforming facilities that are at the end of their current useful life into modern productive businesses for the future,” Roberto Perez, the chief executive of Hilco Redevelopment Partners, said in a statement. “We look forward to supporting our managing partners at T.P. Host in the Avondale Marine project as we build this important logistics hub in New Orleans.”