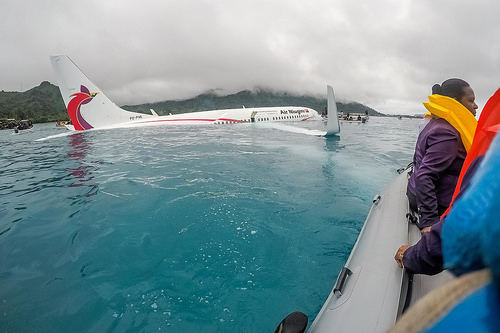 This post has been updated to more accurately reflect the timeline of events during Under Secretary of the Navy Thomas Modly’s recent visit to Micronesia.

As the Navy undersecretary visited several small Pacific nations to talk about regional cooperation and disaster relief, he saw first-hand what such assistance looks like in an emergency.

Thomas Modly was flying to the Federated States of Micronesia Friday when Air Niugini flight PX56, a Boeing 737-800 aircraft, missed the runway at Chuuk, the scheduled last stop on his 10-day tour of Pacific island nations. Modly was due to arrive in Chuuk the next day, but when he learned the extent of the crash – resulting in the airliner sinking in a lagoon near the airport – Modly instead offered his Department of Defense Gulfstream G-V to be used in the rescue effort.

“The day we were supposed to leave Micronesia, we were going to the island of Chuuk, but they had an Air Niugini crash which blocked the runway there, which wouldn’t allow us to land,” Modly said Sunday during a conference call with reporters. “We then provided our airplane as an emergency aircraft to help medivac out people who were severely injured in the crash.”

Before Modly could offer disaster assistance to the Micronesian first responders, he said a team of Navy divers assigned to Underwater Construction Team (UTC) 2, who happened to already be nearby, responded immediately by helping rescue passengers and verify everyone had left the sinking aircraft. UTC-2 was already in Chuuk evaluating whether the area can support future deep-water mooring locations, setting aside SCUBA diving areas to protect the reef, and inspecting the wharf area and aids to navigation.

“The 35 passengers and 12 crew were able to evacuate the aircraft, and local boats and some United States (US) Navy divers were close to the scene and came quickly to the rescue before the aircraft sank,” Sir Kostas Constantinou, chairman of Air Niugini, said in a statement to the media.

At least one passenger received medical attention from a Navy medic embedded with UTC-2, according to a U.S. Pacific Fleet statement. 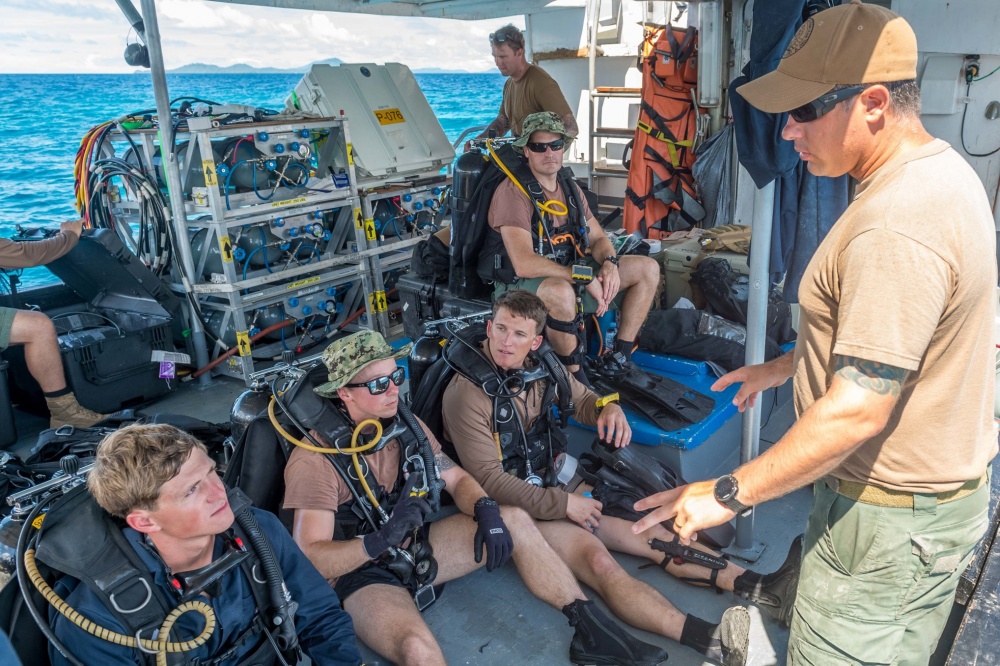 Ultimately, Modly’s aircraft was not needed. A U.S. Coast Guard plane arrived first to transport seriously injured passengers to the Navy hospital in Guam, he said. Instead of visiting Chuuk, Modly continued on to Guam and then Hawaii.

“It’s just a great example of how our presence, even just a few people on these islands, can be critical to helping in these types of situations,” Modly said during the conference call.

A large part of his 10-day swing through the island nations of the Oceana region was intended to gather information from the local governments about how the U.S. Navy can better assist them. Disaster relief frequently topped the list of conversations Modly had with local government officials.

When asked about the good fortune of having Navy personnel on hand or near Chuuk when help was needed quickly, Modly said, “it’s a coincidence, and it’s not. It’s kind of what we do out here. We send these small teams out here to do various projects.”