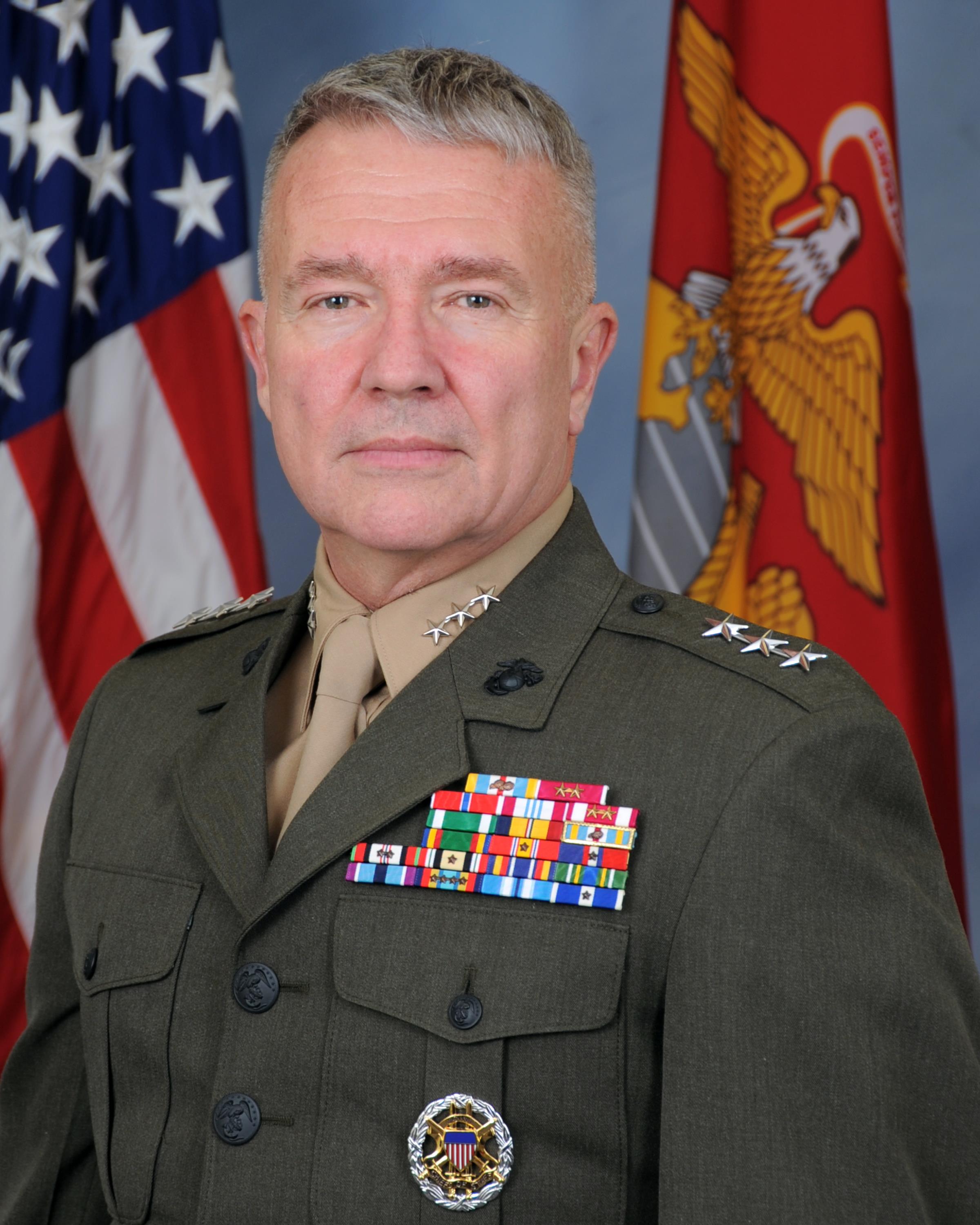 The current director of Joint Staff has been tapped to lead the U.S. combatant command in the Middle East, according to a Wednesday Pentagon announcement.
Marine Lt. Gen. Kenneth McKenzie Jr., pending Senate approval, is set to replace outgoing U.S. Central Command commander Army Gen. Joseph Votel in the Tampa, Fla., based command.

A career infantry officer, McKenzie graduated from The Citadel in 1979. His previous commands include First Battalion, Sixth Marines, as well as deployments to Afghanistan in 2004 and Iraq in 2005 and 2006 in command of the 22nd Marine Expeditionary Unit.

As a general officer, he has worked extensively on the Joint Staff. He also worked for the Deputy Chief of Staff (DCOS) for Stability of the International Security Assistance Force (ISAF) in Kabul, Afghanistan; served as the director of strategy, plans and policy (J-5) for CENTCOM, and led the Marine Corps Forces for CENTCOM.

According to a report this week in The Wall Street Journal, Votel is expected to retire.

McKenzie’s nomination is the latest in an expected turnover in leadership for many of the U.S. combatant commands. Last week, the Pentagon announced the military aid for Secretary of Defense Jim Mattis, Vice Adm. Craig Faller, was nominated to lead U.S. Southern Command. He would replace Adm. Kurt Tidd. Adm. Phil Davidson replaced now-retired Adm. Harry Harris earlier this year as the head of the newly renamed Indo-Pacific Command.