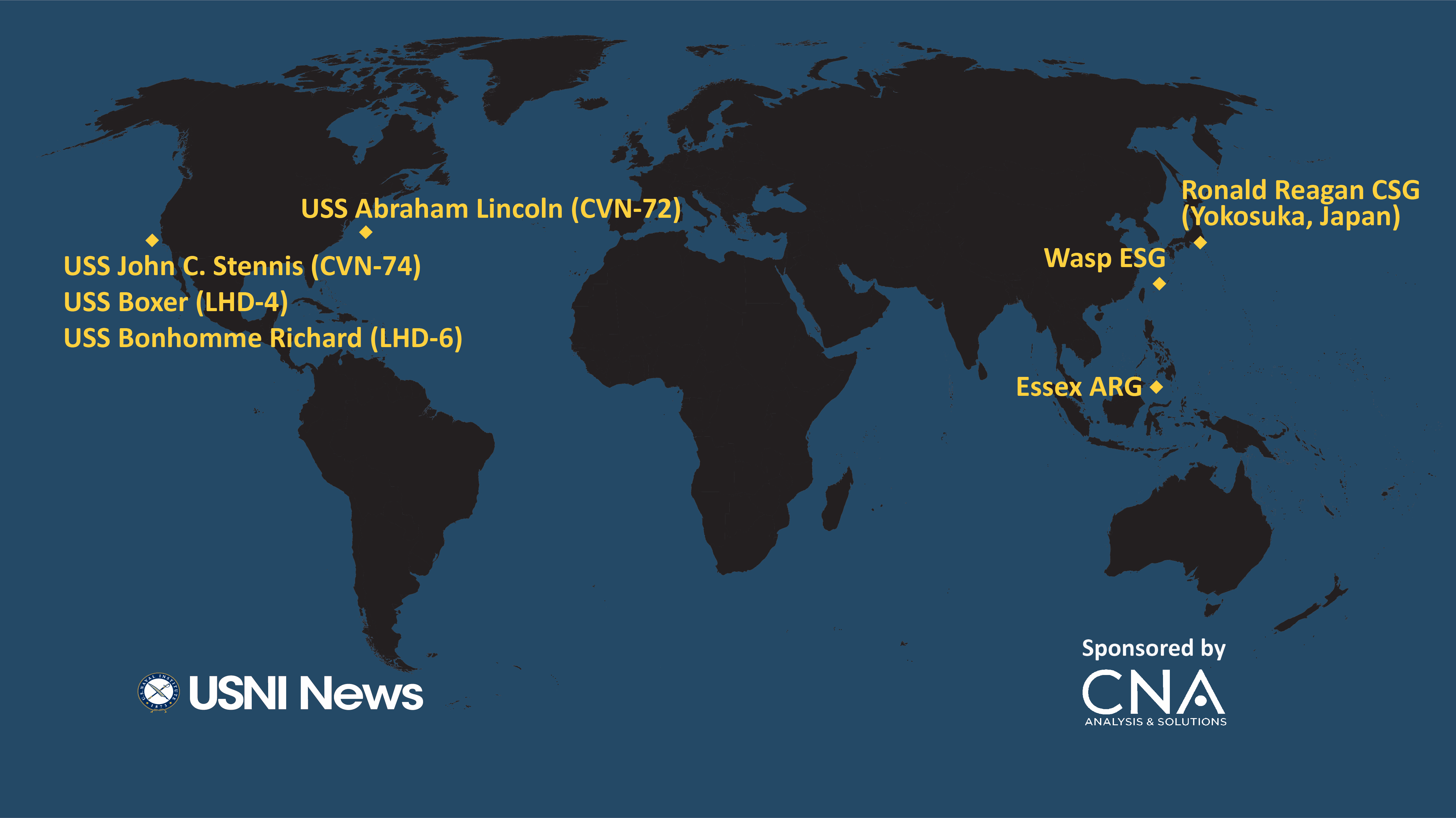 The USNI News Fleet and Marine Tracker is sponsored by CNA. These are the approximate positions of the U.S. Navy’s deployed carrier strike groups and amphibious ready groups throughout the world as of Aug. 13, 2018, based on Navy and public data. In cases where a CSG or ARG is conducting disaggregated operations, the map reflects the location of the capital ship. 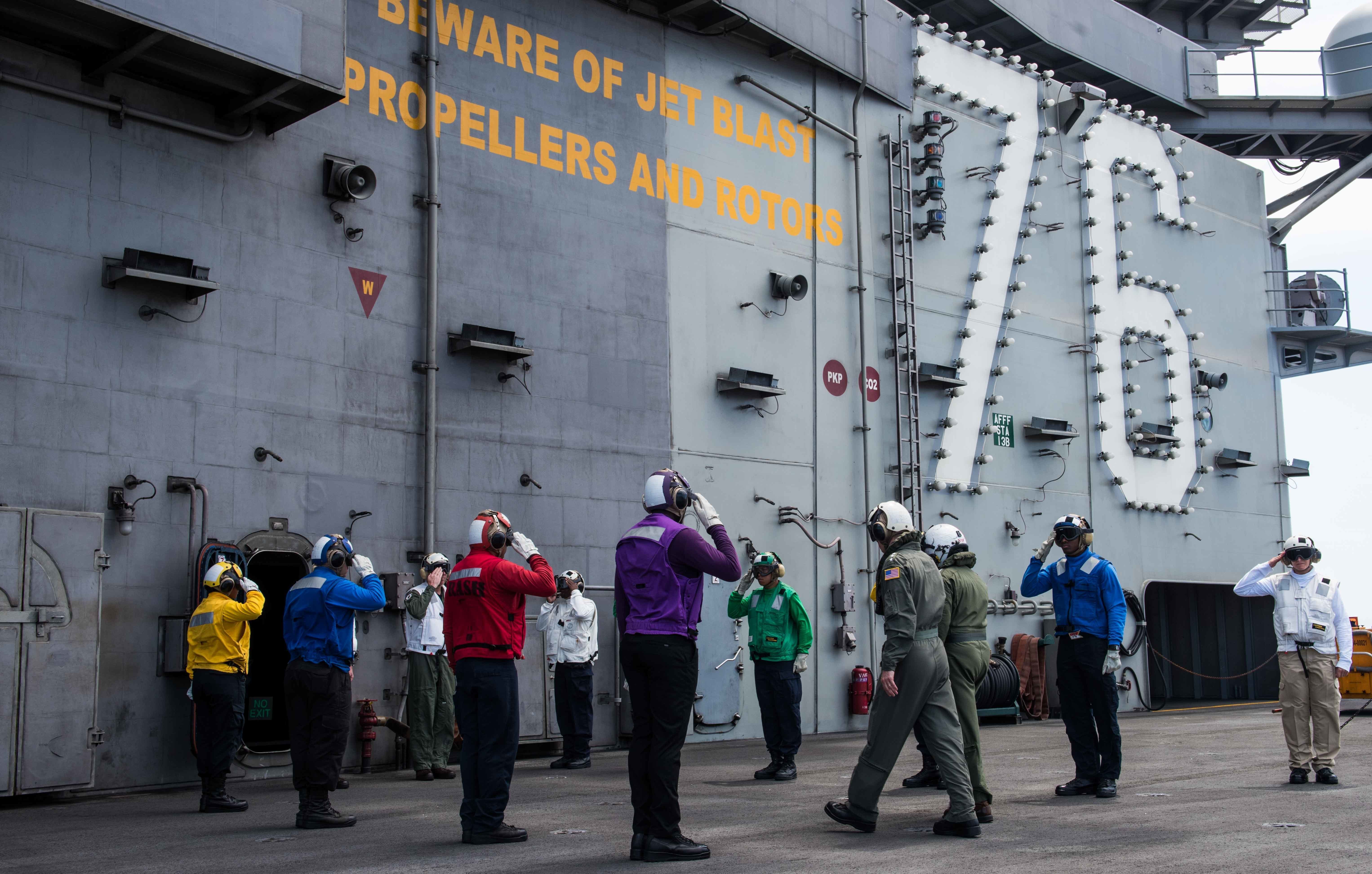 USS Ronald Reagan (CVN-76) and its strike group returned home to Yokosuka July 24 after a two-month patrol of the South China Sea, East China Sea and the Philippine Sea. 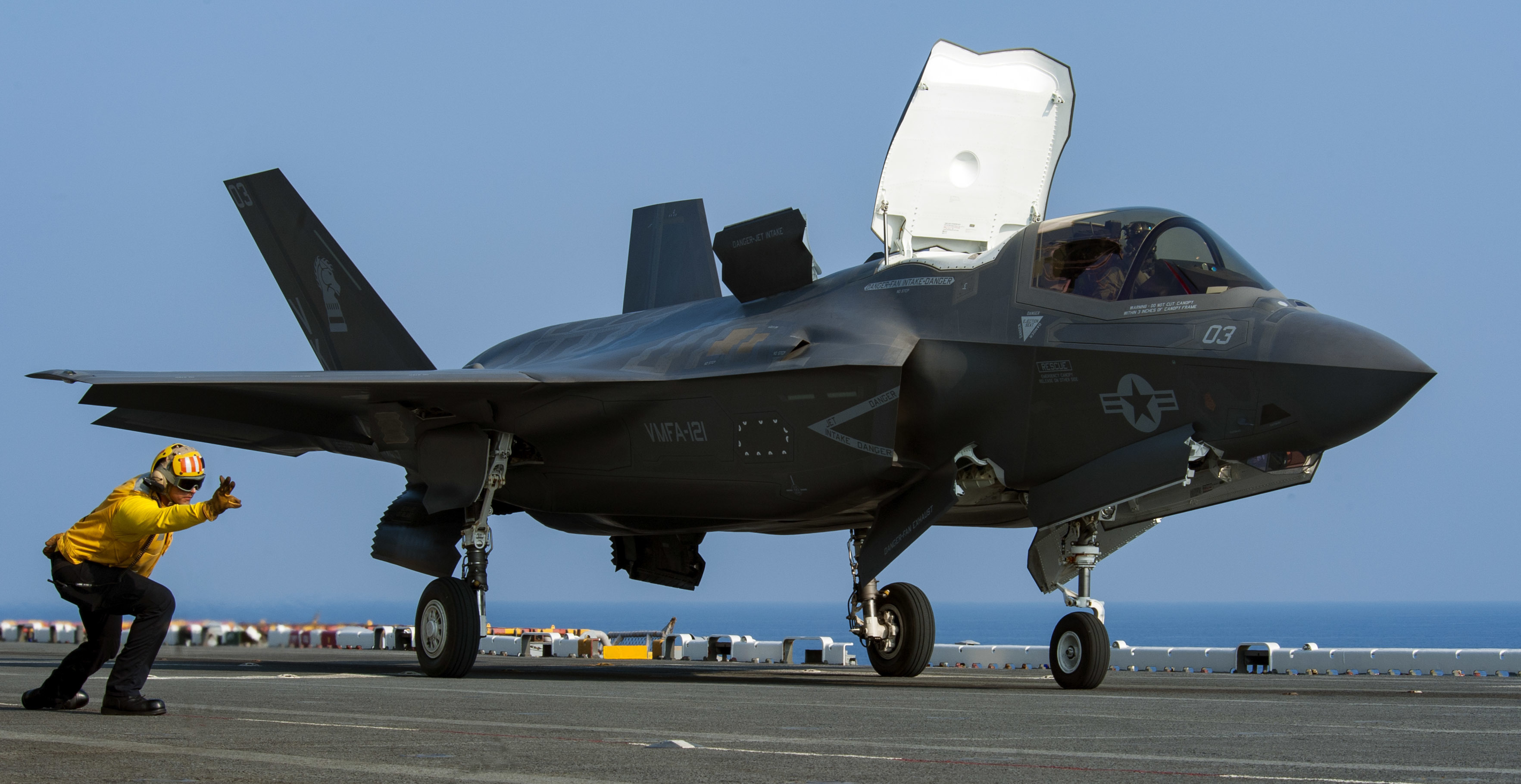 USS Wasp (LHD-1) and USS Ashland (LSD-48) departed Sasebo, Japan for a deployment in the Western Pacific. It’s the second time Wasp has embarked with a Marine squadron of F-35B Lighting II Joint Strike Fighters following a short float with the Japan-based “Green Knights” of VMFA-121 in March.

The Essex Amphibious Ready Group and the 13th Marine Expeditionary Unit are searching for a missing 13th MEU Marine in the Surigao Strait and the Sulu Sea off the southern Philippines. 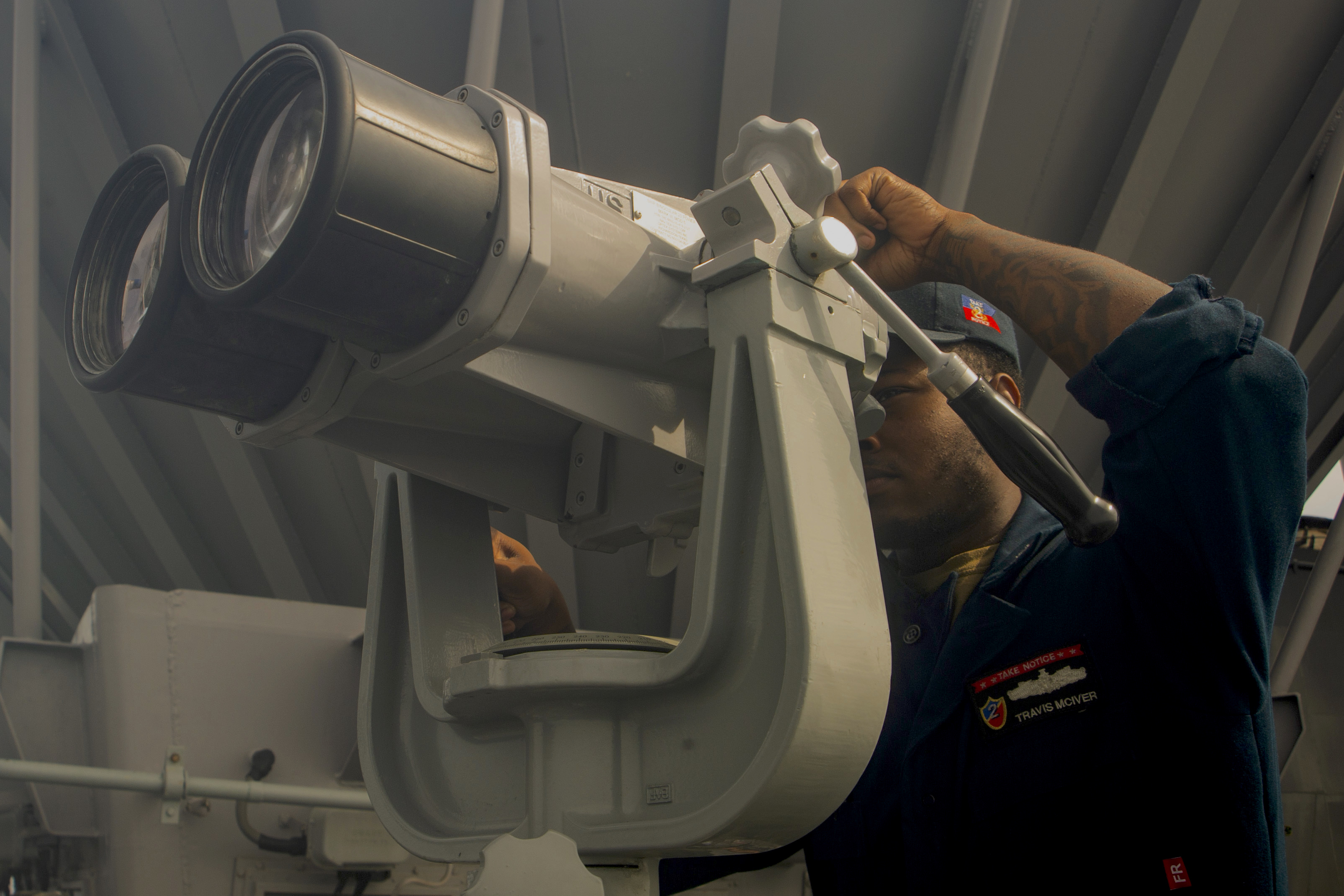 “The U.S. and Indonesian Navy engage annually in bilateral and multilateral exercises across Southeast Asia including Pacific Partnership, the largest annual humanitarian assistance and disaster relief preparedness mission, Southeast Asia Cooperation and Training (SEACAT) involving nearly a dozen regional partners and Multilateral Naval Exercise Komodo (MNEK) in its third iteration,” read a statement from the Navy.
“CARAT Indonesia 2018 will incorporate a robust sea phase involving a gunnery exercise (GUNNEX) to maintain sailors’ readiness with onboard weapon systems, air defense exercise (ADEX) aimed to increase proficiency in air and missile defense and visit, board, search, and seizure (VBSS) exercise to increase and maintain proficiency in boarding vessels that may harbor illegal weapons and drugs.” 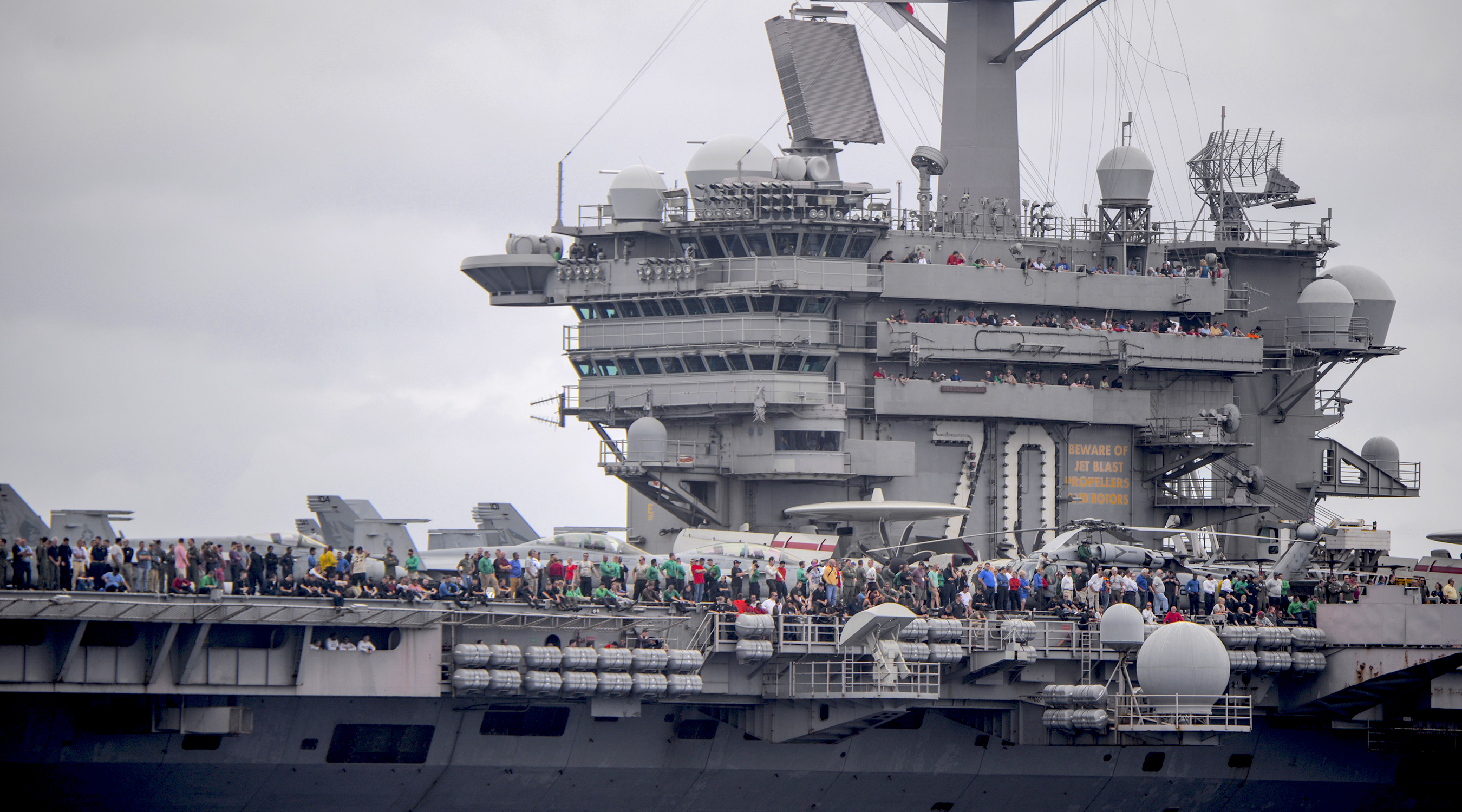 Tiger cruise participants stand on the flight deck of aircraft carrier USS Carl Vison (CVN-70) as the ship transits the Pacific Ocean. Carl Vinson is underway in the U.S. 3rd Fleet area of operations on Aug. 4, 2017. US Navy Photo

USS Carl Vinson (CVN-70) returned to San Diego on Aug. 8 after completion of the Rim of the Pacific (RIMPAC) 2018 exercise in Hawaii.

Carrier Air Wing (CVW) 2 was embarked in the Carl Vinson and includes nine squadrons and detachments: 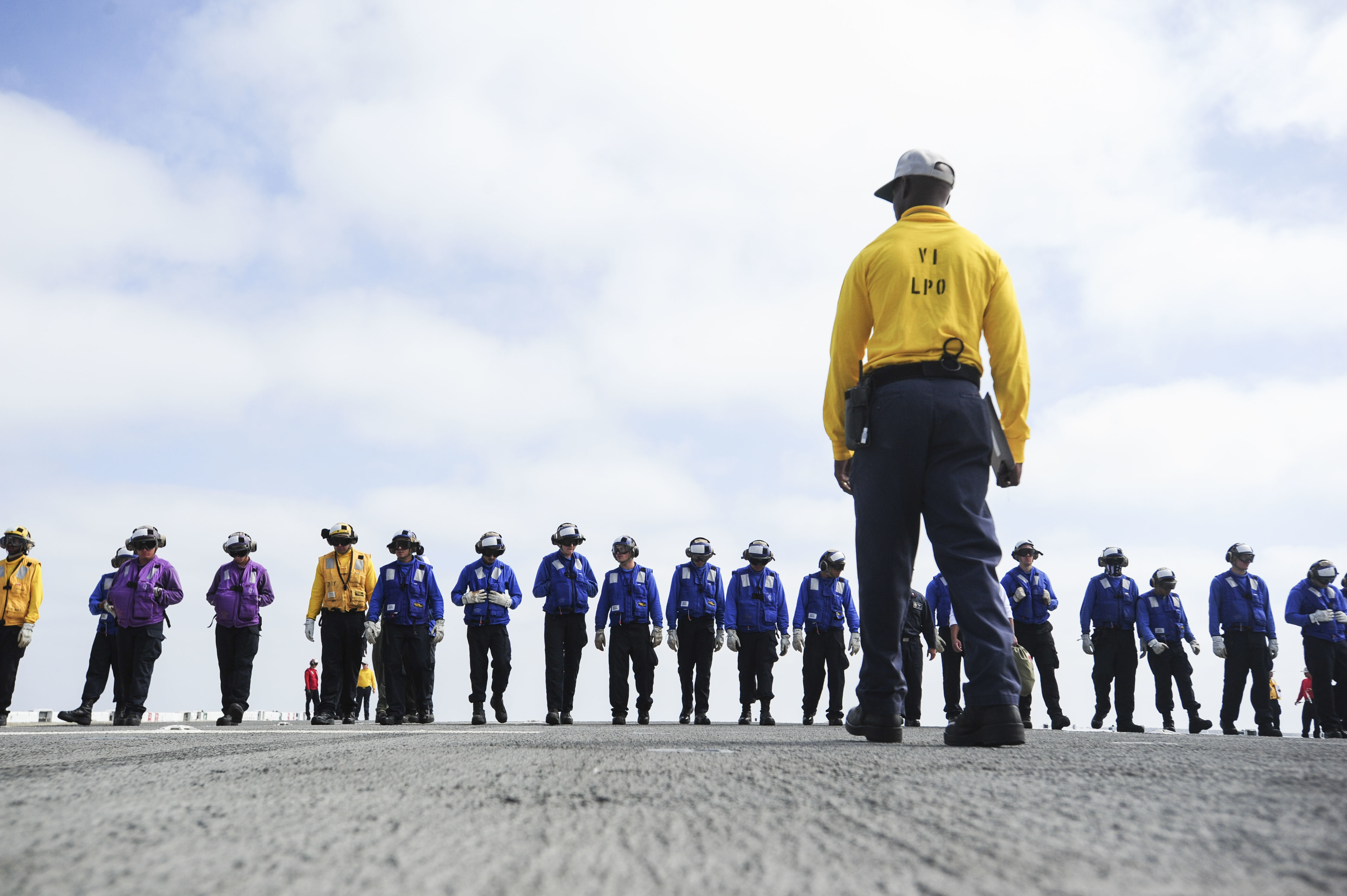 “On Friday, Huntington Ingalls Industries was awarded an advance planning contract for the refueling and complex overhaul (RCOH) of the nuclear-powered aircraft carrier USS John C. Stennis (CVN-74),” according to the company. “Delivered to the Navy in 1995, USS John C. Stennis will be the seventh Nimitz-class carrier to undergo an RCOH, representing 35 percent of all maintenance and modernization completed during its 50-year service life.
The RCOH is scheduled to begin in January 2021. 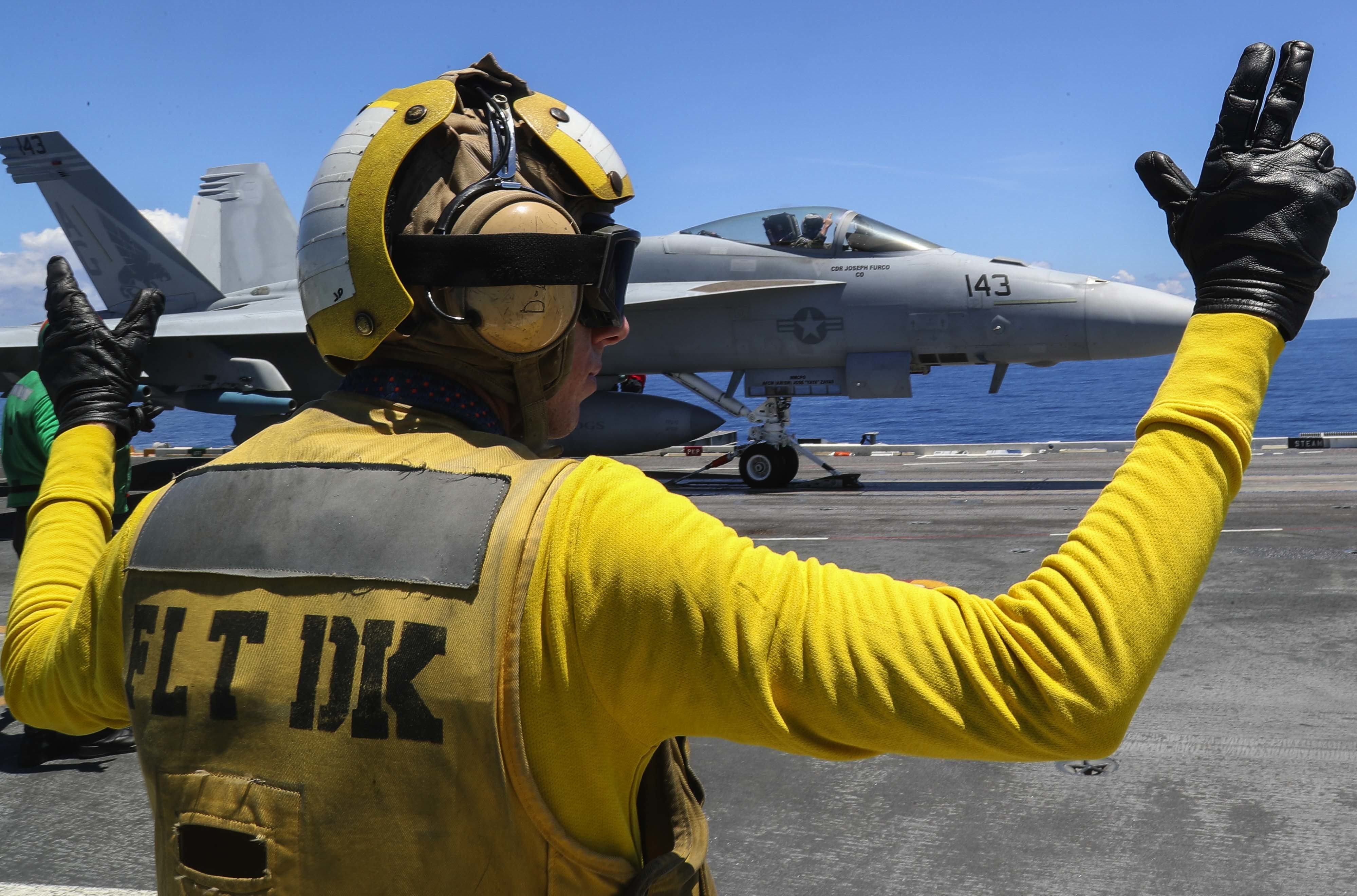 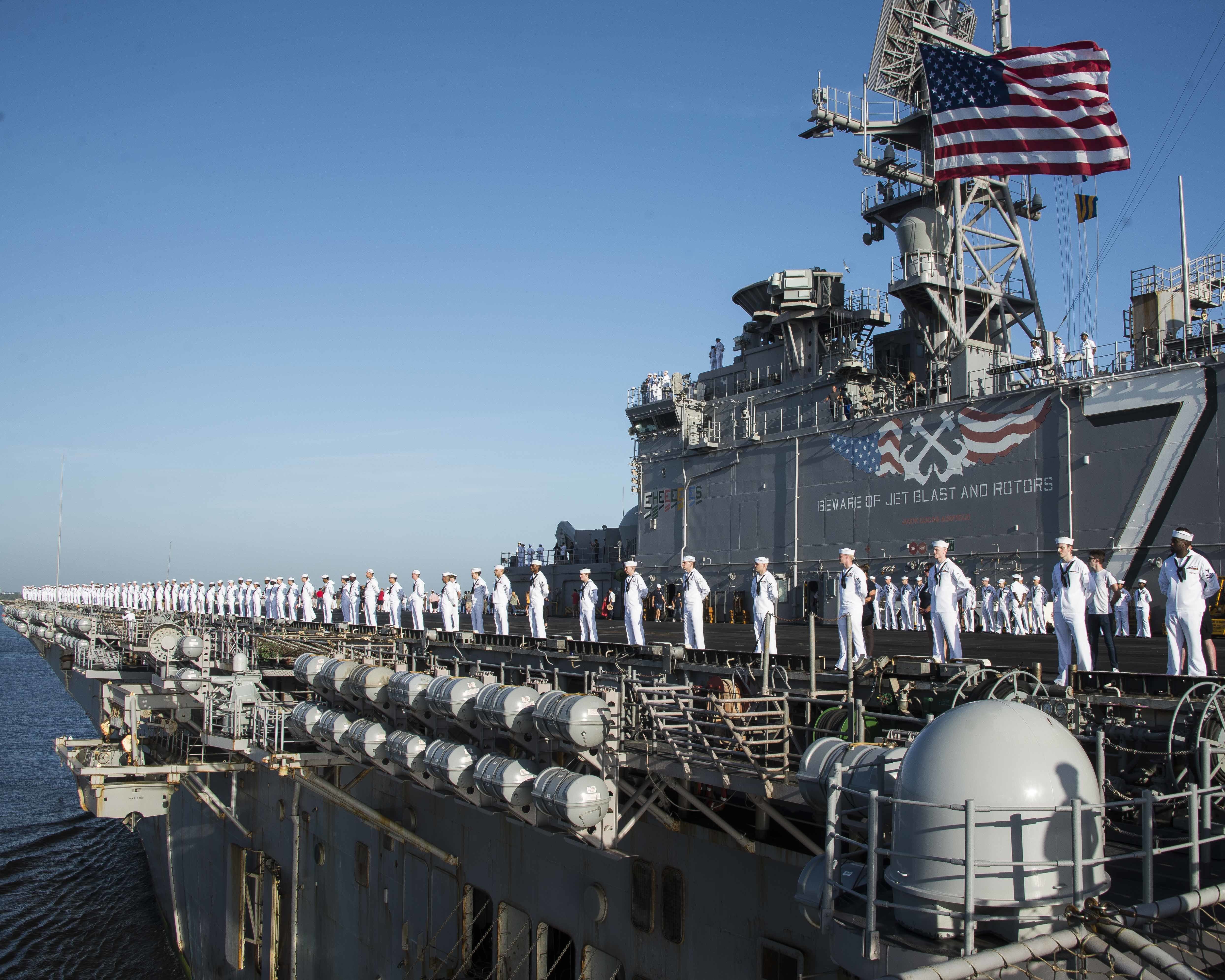