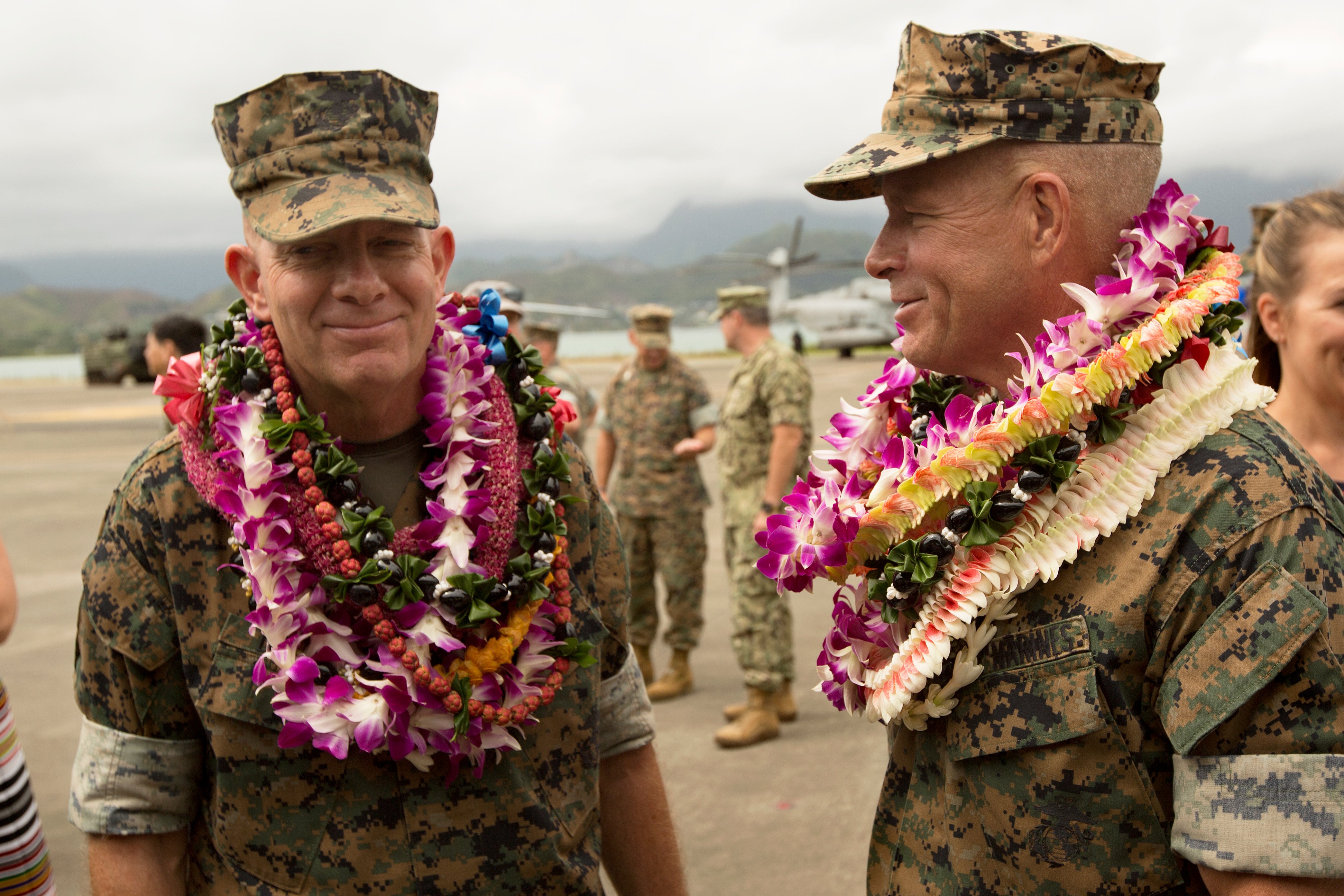 Lt. Gen. Lewis Craparotta relieved Lt. Gen. David Berger as commander of U.S. Marine Corps Forces Pacific at a ceremony at Camp Smith, Hawaii, earlier this week, in what has become a common thread linking the careers of both generals.

Two years ago, in 2016, at Camp Pendleton, Calif., Craparotta arrived to take over command 1st Marine Expeditionary Force (I MEF) from Berger, who was then bound for Hawaii, according to their official bios.

Four years ago, in 2014, Craparotta arrived at Twentynine Palms, Calif., to relieve Berger as the commanding general of Marine Corps Air Ground Combat Center and Training Command. Berger was then headed to command I MEF.

“I have learned a ton here and had a blast for two years,” Berger said during the change of command ceremony, according to media release. “I couldn’t ask for anything more; it’s been an honor to command here.”

“For the Marine Corps, the Pacific, this is our place,” Commandant of the Marine Corps Gen. Robert Neller said during the ceremony, according to a media release. “This is the largest operational command in the Marine Corps. …This is where Marines do their business, and so, this is a big deal. That’s why we send our very, very best out here.”

Craparotta, according to a media release, thanked Neller for the confidence in his ability to take over the largest Marine Corps field command, overseeing roughly 86,000 Marines and sailors, according to the Marine Corps.

“Marines have a long history in this region,” Craparotta said at the ceremony.
“In peacetime and combat we’ve made a name for ourselves as the combatant commander’s crisis response force, and I look forward to continuing that tradition.”