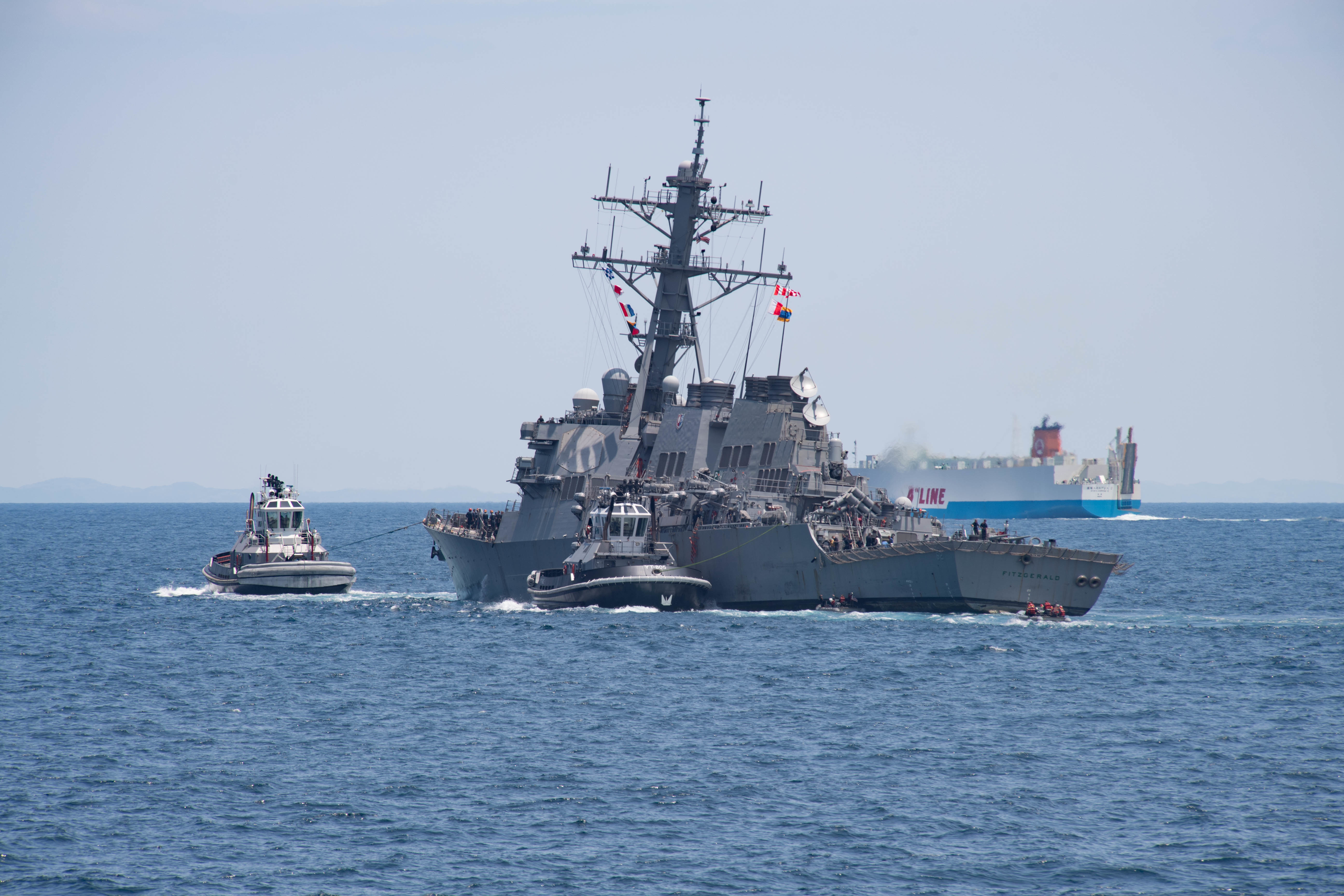 An officer charged with negligence for her role in the collision of USS Fitzgerald (DDG-62) reserved her right not to enter a plea on Monday during an arraignment before a military judge.

Lt. Natalie D. Combs now faces a general court-martial for hazarding a vessel and negligence in performing her duties when she served as the tactical action officer aboard Fitzgerald on June 17 when it collided with the merchant vessel ACX Crystal off the coast of Japan. The collision resulted in the death of seven sailors.

The trial is now set for February.

Caldwell dropped the more serious homicide charge against Combs after the hearing officer who oversaw an Article 32 hearing for Combs and Fitzgerald officer Lt. Irian Woodley recommended all criminal charges be dropped for the pair. Following the recommendation, Navy dropped all charges against Woodley and he will likely face separation from the Navy via an administrative board.

All three were given non-judicial punishment for their roles in the incident shortly after the collision.

In the remaining charges, prosecutors allege Combs did not comply with Navy regulations and Fitzgerald’s commander’s standing orders to monitor contacts around the ship when she led the watch in the ship’s combat information center during the destroyers transit to sea from its homeport in Yokosuka, Japan. CIC is responsible for fighting the ship in combat but while underway in peacetime the watch provides a backup to the watchstanders on the bridge maneuvering the ship.

“The TAO has other areas of focus, but if they aren’t worried about the [air] or subsurface threat, they can truly focus on the surface picture,” retired Capt. Bud Weeks, an instructor at the service’s Surface Warfare Officer School said during the Article 32 hearing of Combs and Woodley in May.

The officer of the deck at the time of the collision, Lt. j.g. Sarah B. Coppock, pleaded guilty to a single count of negligence in May.

Combs’ lawyers said the blame for the incident goes much higher than the sailors who were on watch on the destroyer.

“Fitzgerald had systemic problems with its equipment and training — to single this young woman, who has served honorably and with distinction, for prosecution is very troubling in the circumstance,” attorney David Sheldon said in a statement provided to USNI News last month.

In addition to the courts-martial, Caldwell has overseen 18 non-judicial punishments related to both collisions.