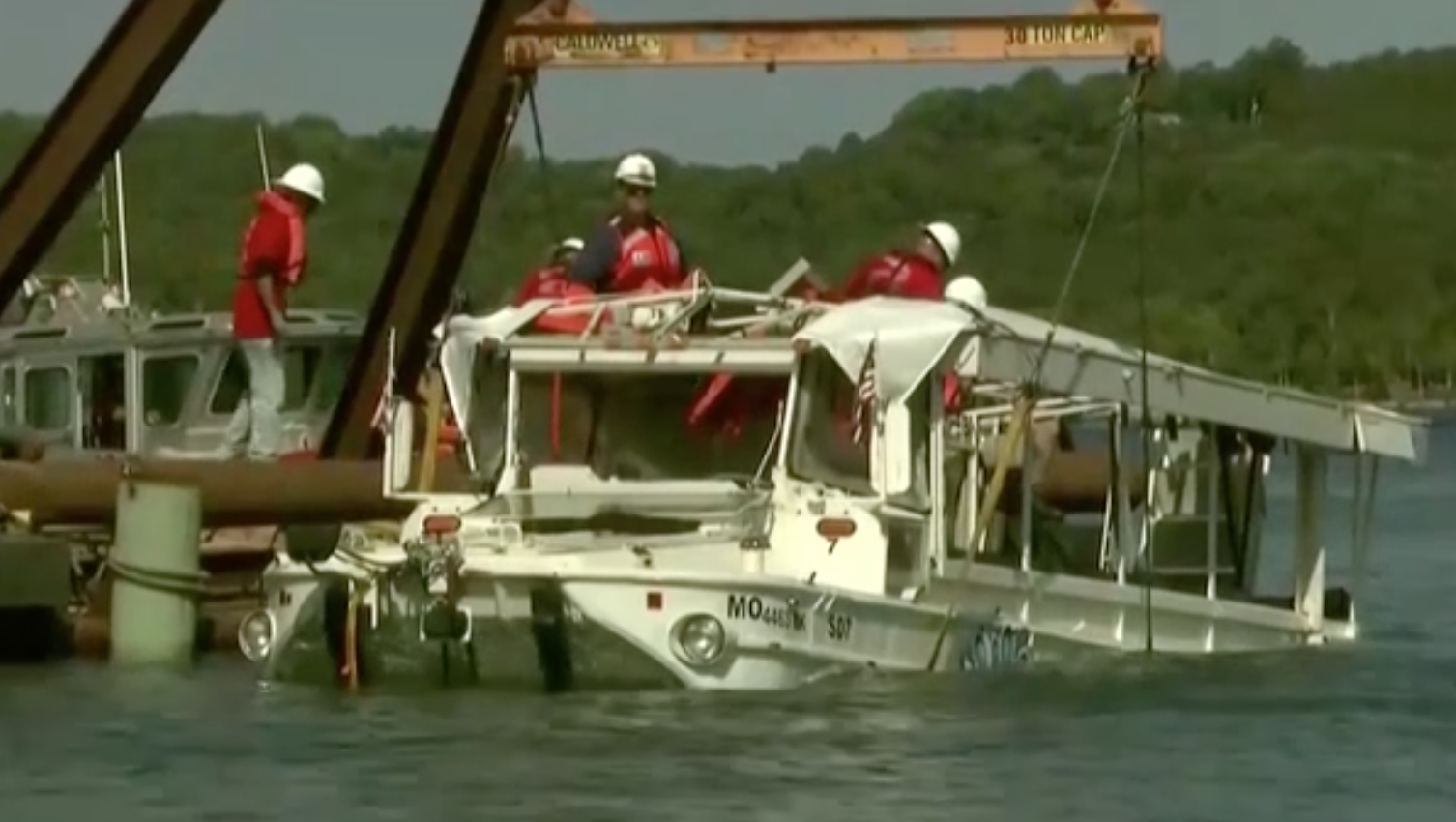 A U.S. Coast Guard salvage team has recovered the duck boat that sank in during stormy weather last week, resulting in the deaths of 17 tourists in Branson, Mo.,

Monday morning, in calm waters, Missouri State Highway Patrol divers started the process of attaching cables to the wreck the sunken boat, Stretch Duck 7, at about 9 a.m., according to Coast Guard officials.

By 11 a.m., the process of lifting the duck boat out of approximately 80 feet of water had started, according to media accounts, and streamed online live by local NBC affiliate, television station KY3. As Stretch Duck 7 was lifted, several orange life preservers, still attached to the boat’s top canopy, were first to break the water’s surface. 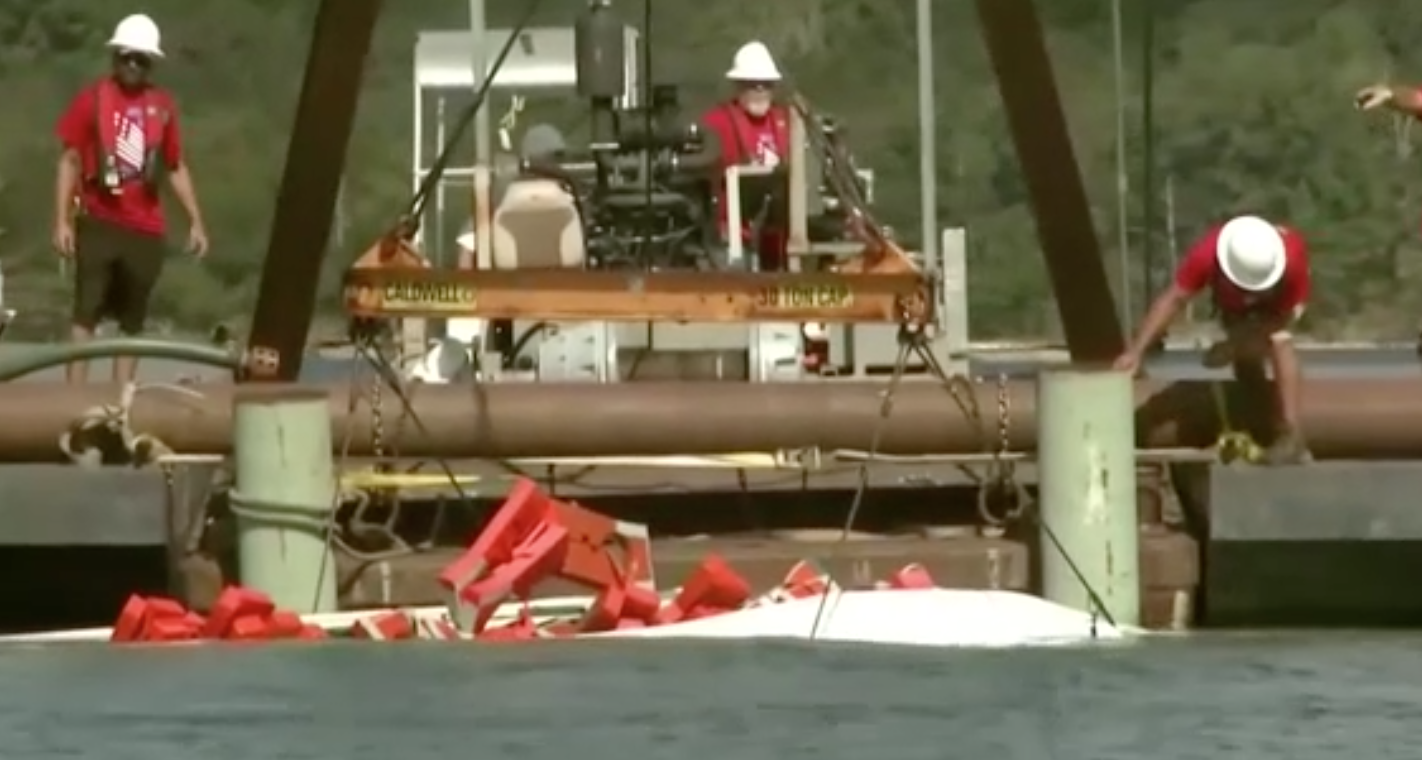 When Stretch Duck 7 sank on Thursday, 31 people were reported aboard, 17 drowned in the incident. According to media reports, it’s not clear whether anyone was wearing a life preserver.

“Regulations require personal flotation devices be on board for all passengers,” said Capt. Scott Stoermer, the Coast Guard’s commander of Sector Upper Mississippi River, during a press conference shortly after Stretch Duck 7 was recovered.

Whether life preservers are worn, Stoermer added, is up to the discretion of a boat captain.

Following Thursday’s sinking, duck boat tour critics renewed calls for the vehicles to be banned. Jim Hall, former The National Transportation Safety Board chairman during President Bill Clinton’s administration, told USA Today the boats are based on World War II landing craft and were never designed for extended use as they are often used today.

Modifications to the crafts made by operators often decrease their seaworthiness, Hall said. Adding to the danger, the vehicles fall into an oversight gap because they travel on both land and in the water.

By 11:30 Monday, the Coast Guard salvage team had Stretch Duck 7 on land, two American flags still attached to the front. The team was draining water from the vessel in preparation for transport via flatbed truck to what Stoermer described as a secure facility. NTSB will retain custody of the duck boat and start investigating the sinking’s cause.