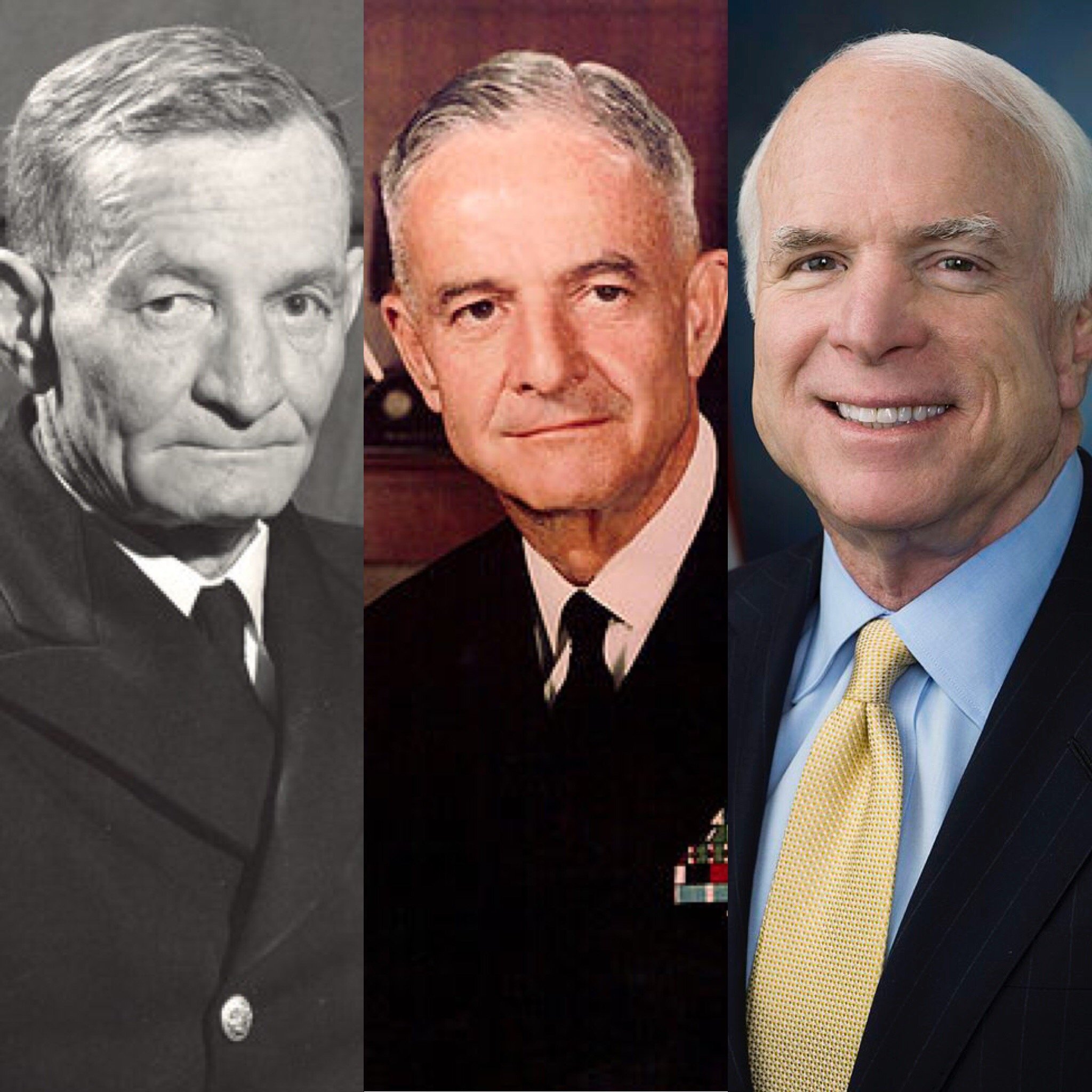 This post has been updated with a statement from Sen. John S. McCain.

On Wednesday, Secretary of the Navy Richard V. Spencer announced on the destroyer’s flight deck in Japan the namesake McCain would now officially include the senior senator from Arizona.

“On 9 May, 1989 my good friend and then-Secretary of the Navy Will Ball named the ship after the first two McCains and now I’m proud to add a third,” Spencer said.

The expansion of the namesake of the destroyer was laid out in a July memo from Spencer outlining the change.

The McCain family has had an enduring legacy in the Navy. Adm. John S. McCain Sr. was a World War II carrier task force commander. His son served as U.S. Pacific Command commander from 1968 to 1972. Sen. John S. McCain was naval aviator who was shot down over Vietnam and was a prisoner of war from 1967 to 1973.

“I am deeply honored to be added to the name of the naval destroyer USS John S. McCain,” the senator said in a statement. “My father and grandfather dedicated their entire lives to their naval service. The greatest honor of my life was to serve in the company of heroes, and I look back with incredible gratitude for my formative years in the Navy. I hope the generations of sailors who will serve aboard the USS McCain will find the same fulfillment that my family does in serving a cause greater than oneself.”

The ceremony comes as the ship is in drydock in Yokosuka, Japan undergoing repairs following an August 21, 2017 collision off the coast of Singapore.