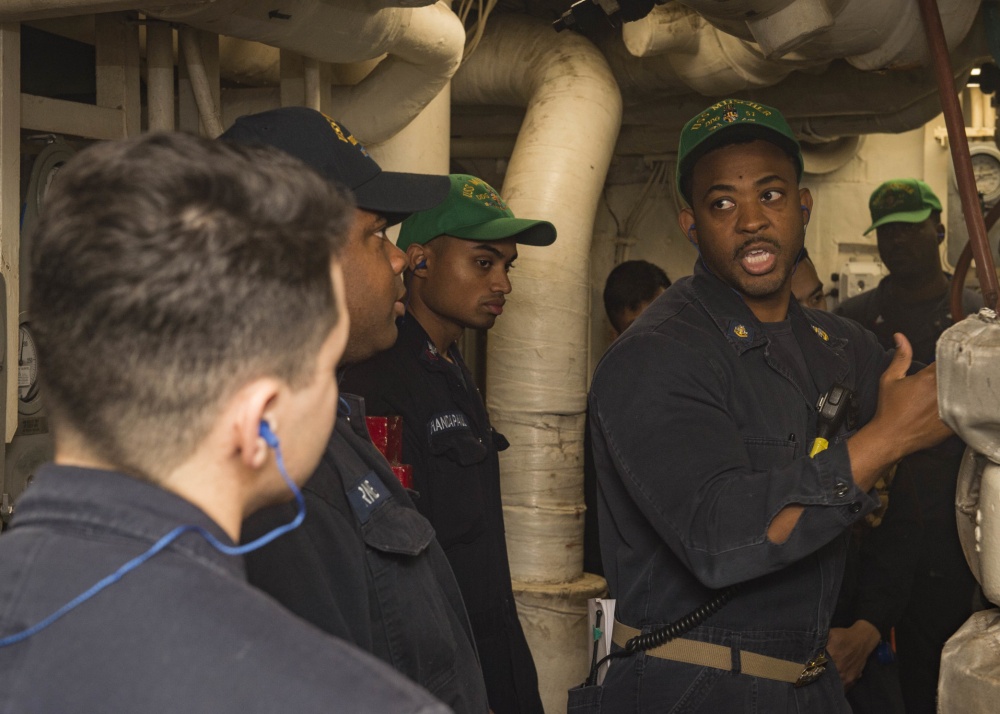 Called the Fiscal Year 2019 Enlisted Advancement-to-Vacancy Selection Board, the pilot program allows senior enlisted sailors to apply for specific priority-fill billets. If selected, they are temporarily promoted by one pay grade to either senior chief petty officer (E-8) or master chief petty officer (E-9). As long as the selected sailors are working in the priority billets, they will wear the higher rank and receive the higher pay rate.

“This program will give motivated sailors an opportunity to take on positions of greater responsibility, while at the same time helping the Navy to better align our senior enlisted leaders to the places we need them to be,” Capt. Rick Cheeseman, director of the Career Management Department at the Navy Personnel Command, said in a statement.

Any sailor participating in the program who wants to permanently be promoted to the higher rank must still go through the regular board selection process. However, while not guaranteed promotion, sailors in the program will go before their promotion boards with the advantage of having already performed at a higher level.

“Personnel who perform well in a spot-promoted billet will be given favorable consideration for permanent advancement,” Cullen James, a Navy Personnel Command spokesman, told USNI News in an email.

This is the second time in two weeks the Navy has launched an accelerated advancement program geared at enticing enlisted personnel with critical needs to remain in the service by offering a quicker path to leadership positions. Earlier this month the Navy announced that, after a four-decade absence, the rank of warrant officer-1 was returning as a means of encouraging enlisted personnel with highly coveted cyber skills to remain in the Navy.

With the warrant officer-1 program, Navy officials conceded that offering enlisted personnel a quicker path to leadership positions was necessary for the cyber community because the Navy cannot keep pace with the pay offered by the private sector.

For example, the annual median income for aviation technicians in the private sector is about $61,200, according to the U.S. Bureau of Labor and Statistics. A master chief, with the minimum number of years of service required to attain this rank, currently earns $62,000, according to the Defense Financing and Accounting Service.

The engineering and training billets included in the new senior and master chief advancement program are located at naval air stations and aboard a variety of naval platforms, including guided-missile cruisers and destroyers, amphibious warships and aircraft carriers.