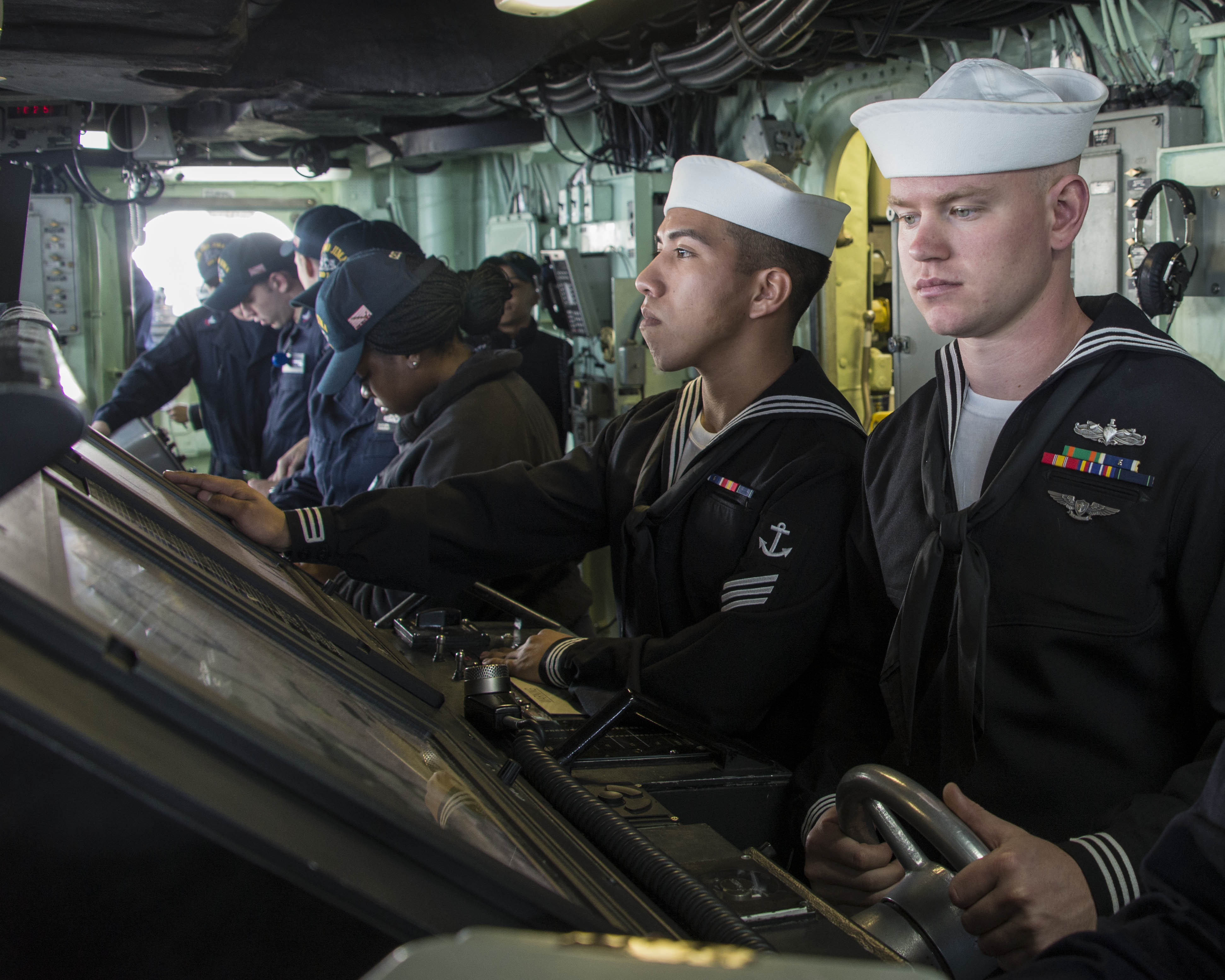 WASHINGTON, D.C. — When watchstanders on USS John S. McCain (DDG-56) lost control of the ship’s steering and collided with a merchant ship last summer, they were using one of 23 steering control systems found in the fleet today, and not one that they were trained to use.

Naval Sea Systems Command commander Vice Adm. Tom Moore said today that as industry and government look to bring new capabilities into the fleet, they often seek to cram in as many bells and whistles as possible. But he warned that simplicity and user-friendliness are also virtues that should be considered.

“Certainly on our side of the house, as we design systems … sometimes in our desire to make them more capable and provide more options and more bells and whistles, we add a level of complexity that’s probably not needed, and in fact in some cases may cause the average deck plate sailor challenges,” he said at the American Society of Naval Engineers’ annual Technology, Systems and Ships conference.
“I think we’ve got to be very careful with these systems going forward that, one, they have capability that matches and is above what our peers have, but I think we have to recognize also that we have to involve the user and we have to make sure from a human systems interface standpoint that we don’t make it so complex that that complexity causes us problems.”

Moore cited the McCain collision as an example. In that case, the watch team – which included sailors from damaged cruiser USS Antietam (CG-54), who were operating aboard the destroyer rather than sitting pierside while their ship was repaired – was unfamiliar with the particulars of the ship’s new digital integrated bridge and navigation system.

Commanding Officer Cmdr. Alfredo J. Sanchez ordered the responsibilities of steering the ship and maintaining the throttle to be split between to watch stations on the bridge – the helm control and the nearby lee helm, USNI News has previously reported.

“This unplanned shift caused confusion in the watch team, and inadvertently led to steering control transferring to the lee helm station without the knowledge of the watch team,” according to a summary of the investigation released late last year.
“The CO had only ordered speed control shifted. Because he did not know that steering had been transferred to the lee helm, the Helmsman perceived a loss of steering.”

“That’s not a real recipe for success,” the admiral said of having so many systems.

In comparison, he said there are thousands of car makes and models, and while the average driver may not be able to figure out all the bells and whistles when sitting in the driver’s seat for the first time, any driver could safely drive the car because the steering wheel, the gas pedal and the brakes are all in the same place and work the same in each car.

“I think we need to be mindful going forward that technology is important and we have to embrace it, but we’ve got to use it in a way that … we don’t make it so complex that the average user can’t make use of it when he’s out at sea. I think we can do both of those things going forward, but we may have gotten away from that here on some of the recent things that we’ve done.”